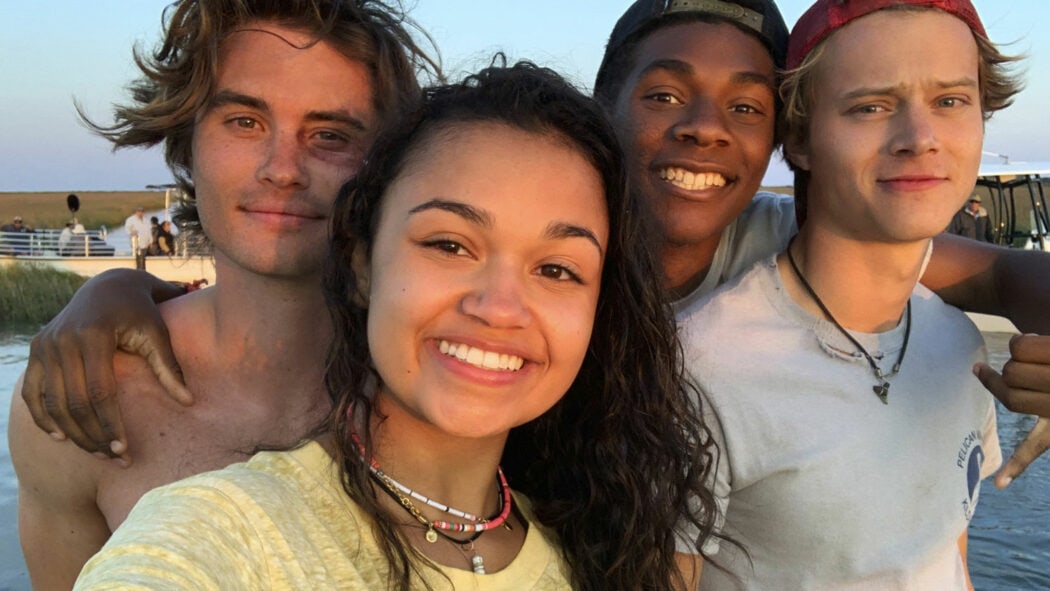 Why? Because there had been some rumours that Netflix had actually cancelled the series after just two seasons. Those rumours were untrue.

Also, I know that fans would love to know who’s going to star in a potential Season 4. These are all questions that we’ll try to answer in this feature.

However, not all the information is out there yet. That said, as soon as we get any new information on Outer Banks Season 4, we’ll let you know and we’ll update this article.

Right, let’s get started. Is Outer Banks Season 4 happening? The first thing we can reveal about Season 4 is that scripts are being written already.

This is not unusual for Netflix to get people to start working on scripts for their upcoming shows early. However, it doesn’t always mean that the season is definitely happening.

Is Outer Banks Season 4 happening over at Netflix?

Here’s what a Netflix insider had to tell us about Outer Banks Season 4:

So, it sounds like Season 3 is definitely a go and that there are plans inside Netflix to make a fourth season as well. This makes a lot of sense given how popular the show’s proven to be on the streaming platform.

Back when Outer Banks Season 2 was released on Netflix, the show was the most-watched show across all streaming platforms. So, that means that the show was watched more than other series on platforms such as Netflix, Disney Plus, Prime Video and Hulu.

That’s very impressive indeed and means that Netflix will be very keen to get the ball rolling on future seasons of the show.

When could Outer Banks Season 4 be released?

What about release dates? When could Outer Banks Seasons 3 and 4 be released? That’s not a very easy question to answer, mainly because Netflix is very secretive about its upcoming projects.

However, Outer Banks Season 3 should go into production relatively soon. We estimate that the third season should be coming out towards the end of 2022, the beginning of 2023. As far as Season 4’s concerned, there’s no information out there about when it could be released on Netflix.

Jonas Pate, Josh Pate, and Shannon Burke also added that while the Pogues are down they’re certainly not out suggesting they will be straight back on the hunt for gold. Madelyn Cline then told ET that we’d hopefully get to learn about their marriage more, saying:

It’d be really fun in season 3, if we get one, to see them actually start to truly get to know each other in a very real sense. They’re married, but they actually kind of don’t know a whole lot about each other. I feel like that would be really fun. They’ve obviously been through a lot together.

What about Outer Banks Season 3?

READ MORE: When Will Outer Banks Season 3 Be Released?

We still don’t know everything about Outer Banks Season 3, and we don’t have a release date. One thing we do know is that they are filming the show as we speak.

This was revealed to us by one of the show’s stars, Cullen Moss during a recent interview. Here’s what Cullen told us when we asked him about Outer Banks Season 3.

We’re shooting Season 3 right now. I’ve gone in and shot a little bit. We’ve got to reconvene and reunite. The gang’s back in town. So that’s back underway.

What do you make of this news? Are you looking forward to watching Outer Banks Season 4 on Netflix? Let us know your thoughts in the comments below.