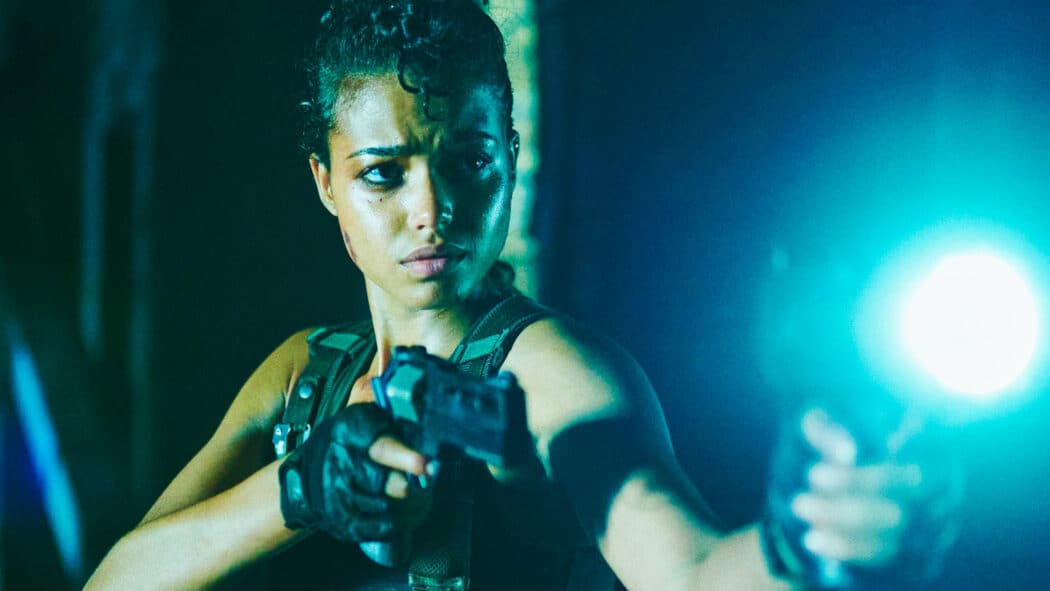 Netflix released a new series based on Capcom’s Resident Evil video games, and some people have been wondering if and when a Season 2 will be released on the streaming platform. There was a lot of hope for his Netflix Resident Evil series.

However, despite some early rather positive reviews, it does seem like Resident Evil fans have not been loving this new live-action series. Many fans have been calling the show disappointing and were expecting more from the new Netflix series.

That said, there still are some people out there who would like to see the second season of this new Resident Evil series. So, without any further ado, let’s talk about Resident Evil Season 2 and whether it’s happening or not.

This new series was developed and created by Andrew Dabb, and it stars Ella Balinska, Tamara Smart, Siena Agudong, Adeline Rudolph, Paola Núñez and Lance Reddick. There was so much hope for this new series after a number of very lacklustre Resident Evil adaptations.

We’ve seen the pretty awful Paul W.S. Anderson movies, and then we got a very bad reboot movie in 2021 called Resident Evil: Welcome To Racoon City. So, it really did seem as though Dabb’s Netflix series was Resident Evil fans’ last hope for a genuinely good adaptation of the survival horror video game series.

But even though a number of fans didn’t love the series, could there be a second season on the horizon? Well, if you’re to look at the show’s numbers, there’s a strong possibility that a second season could happen. Just to make it clear, Netflix hasn’t announced a second season yet.

When could Resident Evil Season 2’s release date be on Netflix?

But the viewership numbers on the first season of this season were pretty high. According to Samba TV, 988k US households watched the premiere of the series during its first four days of streaming on Netflix.

The series premiere over-indexed most with Black and Hispanic viewers by +29% and +27%, respectively. Moreover, Forbes added that the series ended up debuting in the second spot on Netflix’s Top 10 list and then climbed to the top spot in just a few days. It ended up dethroning Stranger Things Season 4 in the process, which is no mean feat!

The series continues to be popular as it holds the number one spot as the most streamed show on Netflix, Top 10 in over 92 countries, and holds the number 2 Global Top 10 Netflix during its first four days. So, with all of this in mind, it does seem likely that Netflix will greenlight a second season of this show.

We haven’t heard anything about it here at Small Screen. However, if they were to greenlight a second season, then I would expect it to be released on 2023.

Who could star in Resident Evil Season 2?

READ MORE: First Reviews For Netflix’s Resident Evil Series Are Calling It The Best Adaptation Yet

As for who will star in a possible Resident Evil Season 2, I would expect most of the cast (who made it to the end of the first season) to return for a second season. The first season starred Ella Balinska, Tamara Smart, Siena Agudong, Adeline Rudolph, Paola Núñez and Lance Reddick.

I would love for all of the first season’s actors to return, and we could even see the ones that didn’t quite make it to the end of season 1 in flashbacks.

The first season was split between the present day and the past. I’m sure they could do something a bit like that for the second season.

However, personally, I would like it if they ended up dropping that storytelling method for the second season. I would rather see a Resident Evil Season 2 stay in one timeline and not flit between the present and the past.

What could happen in a second season?

So, what could happen in the second season of Resident Evil? Well, your guess is as good as mine.

The series is basically an original story, and it’s not really based on the video games. I’ve always wanted a series or a movie to adapt the actual video games.

I’d love to see one series or movie that’s based in a supposedly abandoned manor or police station, just like the first two video games were. I do not understand why these Resident Evil series and movies never do this.

Fingers crossed they could do this with a second season, but something tells me they won’t. Let me know what you’d like to see in a second season of this new Netflix Resident Evil series in the comments below.

What do you make of this feature? Do you want to watch a Season 2 of Resident Evil on Netflix? Let us know your thoughts in the comments below.