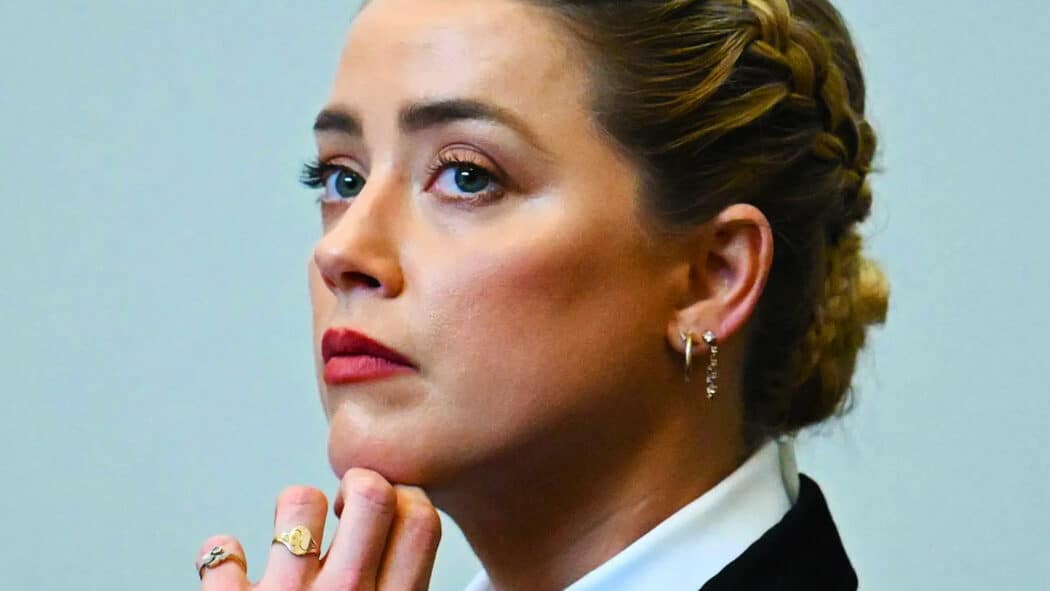 It’s been revealed that Aquaman actress Amber Heard has just declared bankruptcy which means that she cannot pay the over $10 million settlement she owes Johnny Depp.

So, this is the story that just won’t stop giving (or, the story that’ll never end). There’s a new twist in the tale of Amber Heard vs. Johnny Depp.

And, honestly, if they don’t end up making a movie about this story, I would be very surprised.

It’s got Hollywood movie written all over it.

OK, so what’s been happening to Amber Heard, and why is she back in the news?

It’s been revealed that Amber Heard’s financial status has been extremely precarious for a number of years now.

Her insurance company is suing her and refusing to pay her legal fees after she ended up losing the trial against her ex-husband, actor Johnny Depp.

She was ordered to pay Mr Depp $15 million in damages. It ended up amounting to a grand total of just over $10 million.

Of course, Amber Heard could never pay that amount to Johnny Depp. After that, she started her attempt to appeal the decision taken by the jury.

That didn’t go down too well, and the judge informed Ms Heard that an attempt to appeal would be very costly for the Aquaman actress.

Well, Amber Heard just surprised everyone by filing for bankruptcy after finding herself unable to pay Johnny Depp the amount ordered by the jury in Fairfax, Virginia.

This started a tidal wave of comments on social media after what was a very public trial.

After the amount that Amber Heard was ordered to pay the Pirates Of The Caribbean actor was revealed, Heard’s legal team informed the judge that she would not have enough money to repay the sum of money.

Since then, Ms Heard has been trying to do everything she can to get out of paying Mr Depp the $10 million.

She’s tried to get the amount reduced with no luck and now she has opted to file for bankruptcy, which was her very last option.

According to a statement from the artist’s representative, it said:

We believe the court made errors that prevented a fair and First Amendment-compliant verdict. Therefore, we are appealing the verdict.

Amber Heard declared bankruptcy on July 20th and appealed to the Commonwealth of Virginia on July 21.

Due to a lack of resources, the 35-year-old woman would be requesting that the decision be declared null and void.

The verdict speaks for itself, and Mr Depp believes this is a time for both parties to move on with their lives and get back on their feet. But if Ms Heard is determined to continue the litigation by appealing the verdict, Mr Depp will file a concurrent appeal to ensure that the Court of Appeals considers the full record and all relevant legal issues.

So, what’s going to happen to Amber Heard now?

Well, it’s really tough to say because this is not an easy situation she finds herself in.

The only way out that I see is that she tries to get Johnny Depp to drop the court settlement and allow her not to have to pay the money.

This could actually be a way out for her.

Depp’s lawyers have said that it was never about the money for Mr Depp and insinuated that he would be willing to let the money slide.

Are you at all surprised to hear that Amber Heard has declared bankruptcy?