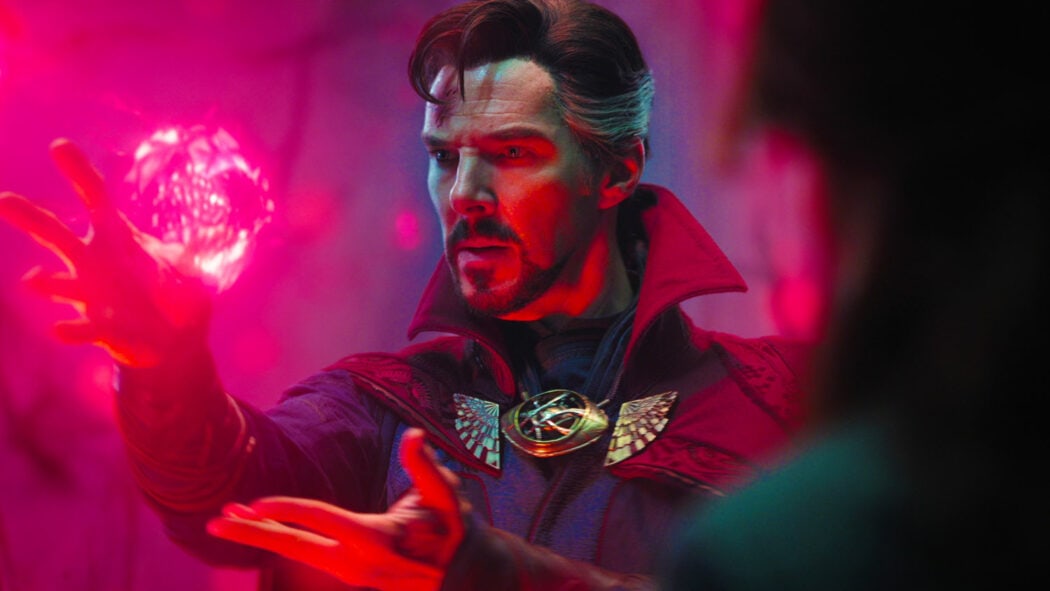 When I first learnt that Scott Derrickson had left the project, I was a bit worried that Doctor Strange In The Multiverse Of Madness might end up in a terrible state.

It’s never good when a director leaves a project, especially when it’s a director who’s working on a sequel and had a lot of input into the film already.

However, I shouldn’t have fretted because Marvel Studios and Kevin Feige obviously knew what they wanted and they brought in the right person for the job in Sam Raimi.

A lot of this movie’s success lies with Raimi and his interesting directorial decisions.

Doctor Strange In The Multiverse Of Madness is easily the most ambitious movie yet.

I know there will be many people who will raise their eyes to the heavens at that statement and say: “What about Infinity War and Endgame“.

However, the MCU covers a lot of new ground in Doctor Strange’s sequel that Infinity War and Endgame didn’t dare to touch. 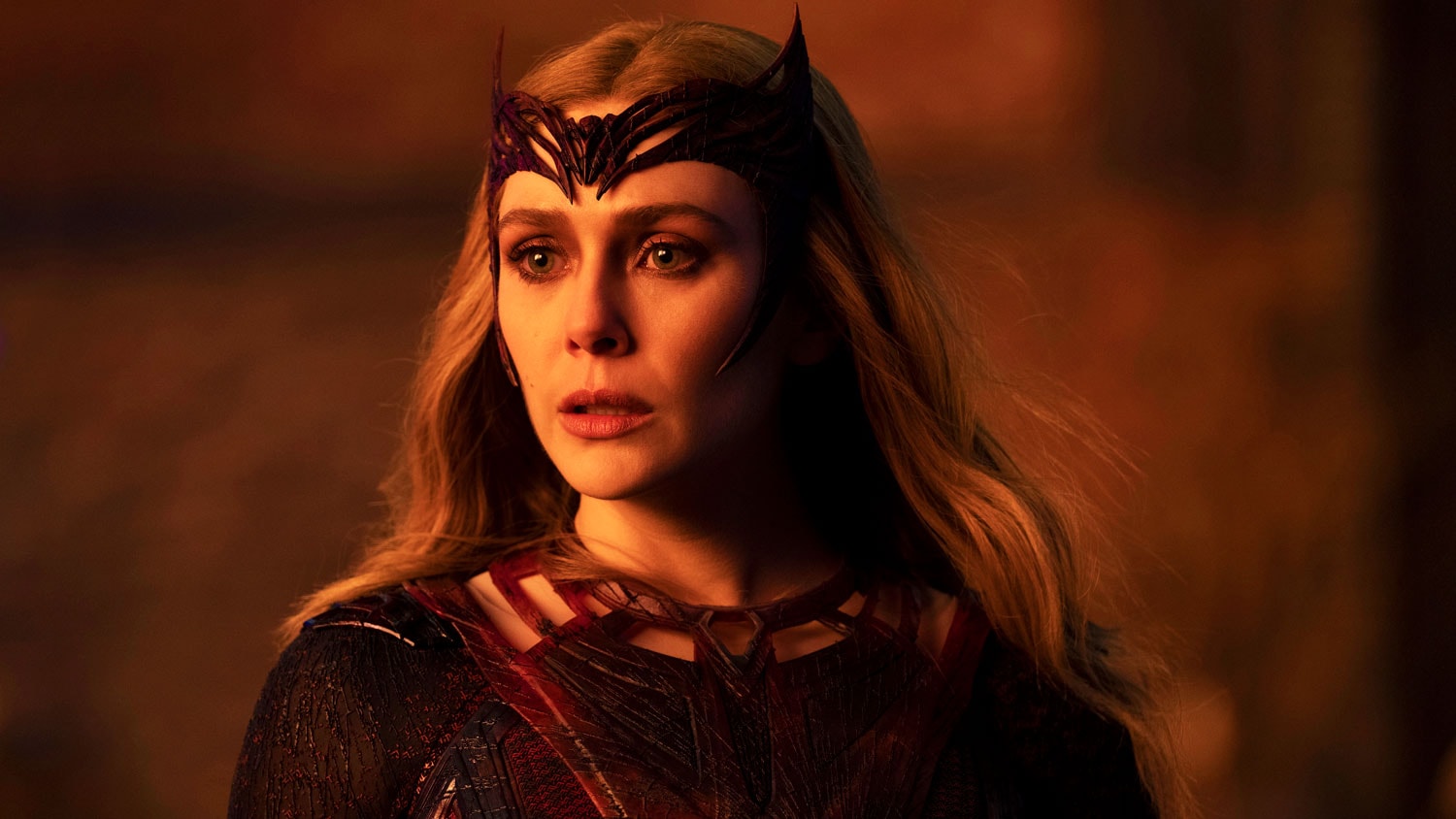 This movie is not what you would call “safe”, and it was never meant to be.

This is the MCU’s first venture into horror.

I wouldn’t call it a horror movie, but I would say that it’s horror-inflected.

The decision to bring Sam Raimi on board was, I believe, a masterstroke from the studio.

Raimi is something of a legend in both the horror and the superhero movie genre.

His Spider-Man movies reinvented the modern superhero movie and I would also argue that his Evil Dead movies are some of the best horror films ever made.

What I think Raimi has done here is taken his experience working in both genres and he’s been able to blend them together to make what could only be described as the best horror-inspired superhero movie ever made.

This is clearly as far as Marvel’s willing to delve into the genre and the movie has some genuinely spooky bits which are steeped in what I like to call ‘Raimi-isms‘.

The camera angles, the soundtrack, the perfect blend of humour and horror – it’s all in this movie. 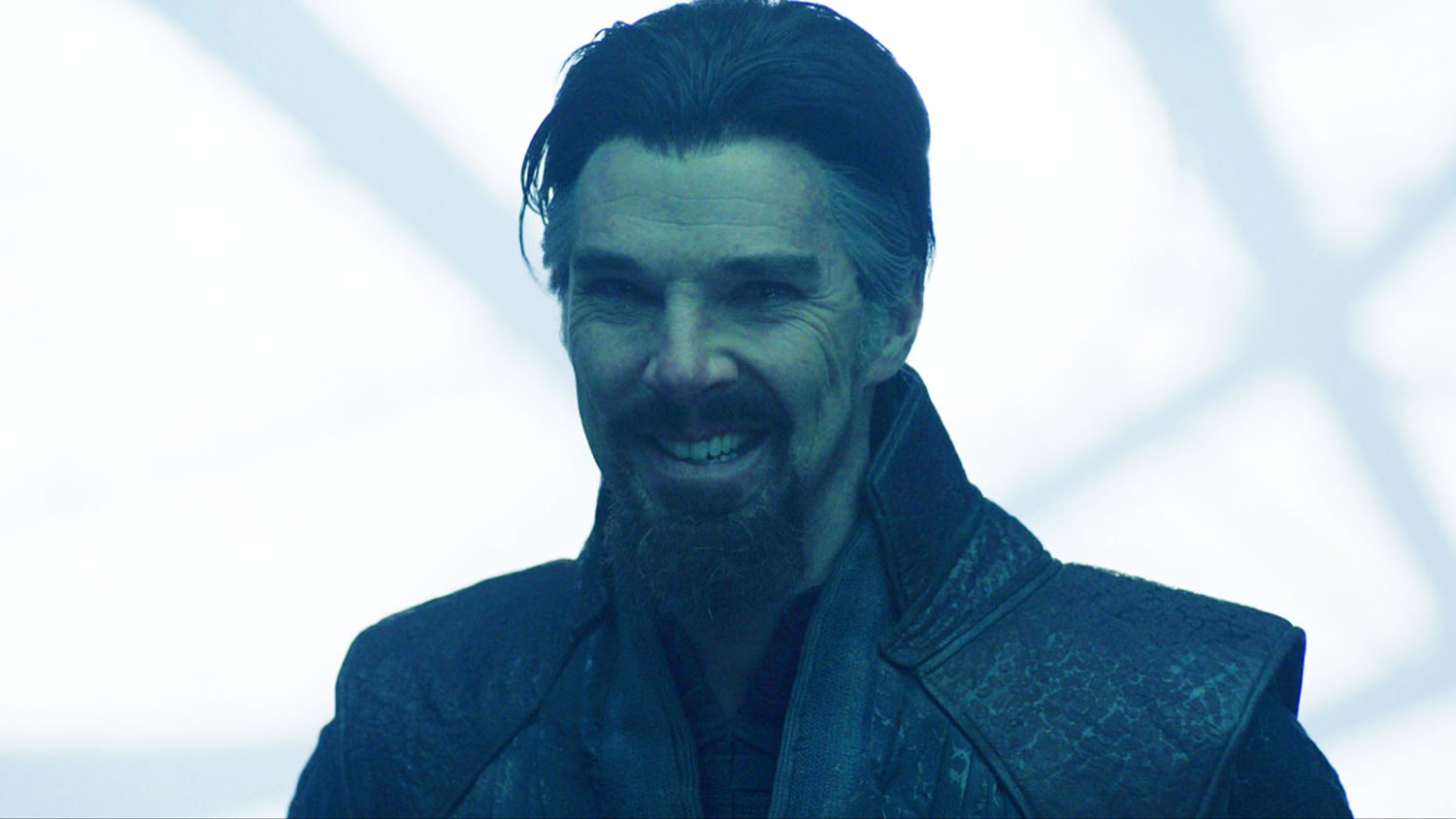 I honestly don’t know how Raimi and Marvel Studios could have done a better job with an MCU film that was always intended to be their first venture into horror.

Maybe my love and admiration of Raimi and his previous work is clouding my vision slightly on this movie, but I cannot hide the thrill I got from watching this movie and spotting the moments that had the filmmaker’s fingerprints all over them – and there are a lot of those moments in this movie.

However, it’s not all about the filmmaker in this respect – I also think the movie features some fine performances.

I don’t think Benedict Cumberbatch has ever been better as Doctor Strange in this movie.

He’s clearly having a lot of fun in this movie playing multiple versions of the Marvel Comics superhero and he does a great job in each alternate version.

There’s a lot of soul-searching for Doctor Strange in this movie and he’s starting to become more of a well-rounded character in the MCU. 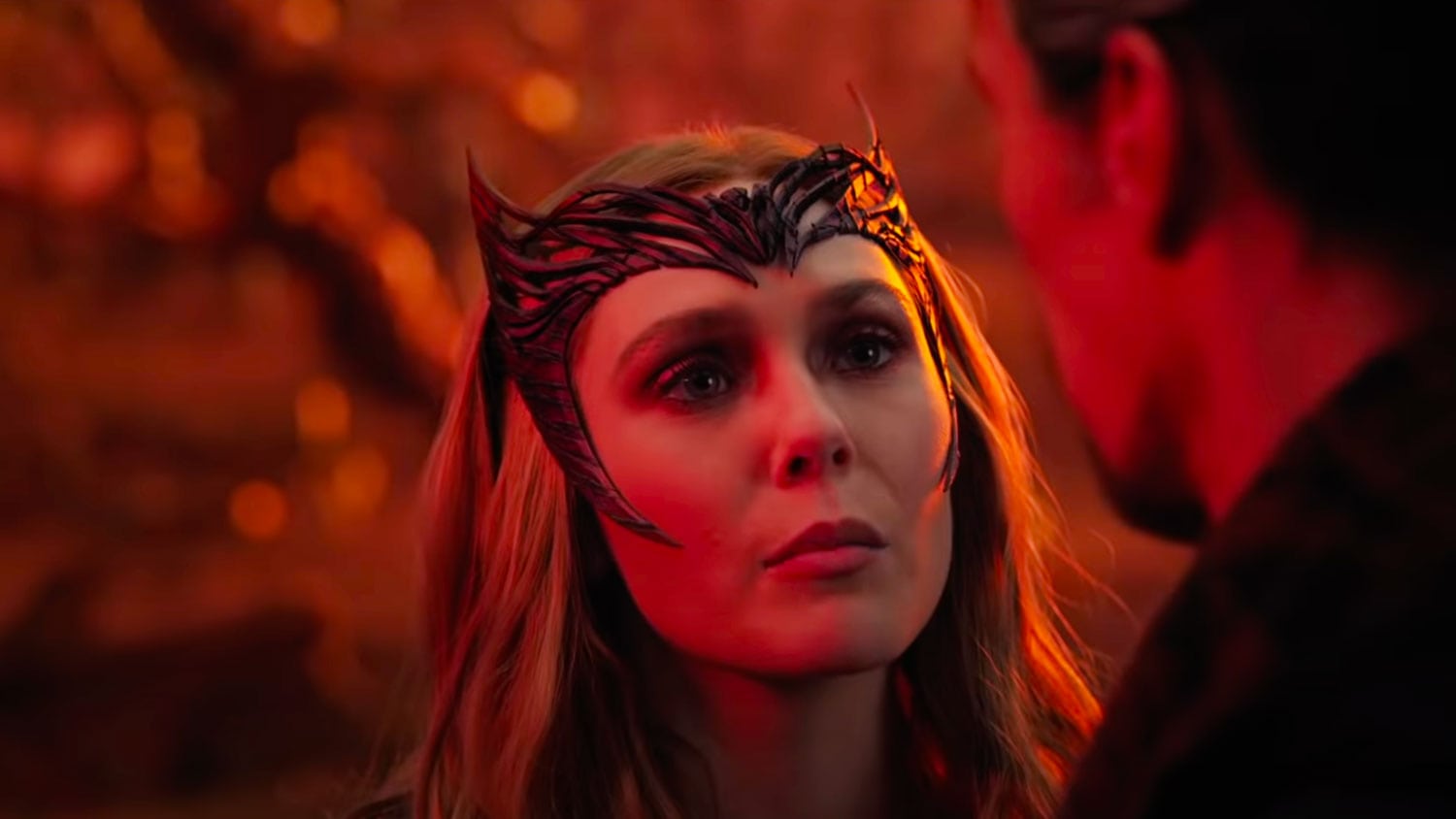 Then we have Elizabeth Olsen as Scarlet Witch.

I’ve always been a big fan of Olsen’s take on the character, and I love the fact that this movie’s allowing her to really strut her stuff as the Scarlet Witch.

Fans of WandaVision (of which I include myself) might be a bit upset by some of the choices the writers have made for her character in this movie, especially after the events of the Disney Plus series.

However, personally, I think they make perfect sense in Doctor Strange 2, especially given how WandaVision actually ended.

I think a lot of people tend to forget the series’ post-credits scene, which is clearly hinting at Scarlet Witch opting to go down a dark path.

I won’t say any more on that front for fear of spoilers.

However, what I will say is that Sam Raimi and Elizabeth Olsen were clearly having loads of fun with the character.

Scarlet Witch is bloody terrifying in this movie and is hands down one of the most interesting villains in the MCU so far.

But, maybe I’ve said too much even by stating simply that Scarlet Witch is the film’s villain? I don’t know.

The movie’s trailers and promotional material made that very clear to me, but maybe not everybody.

Is the MCU a bit muddled thanks to the Multiverse? 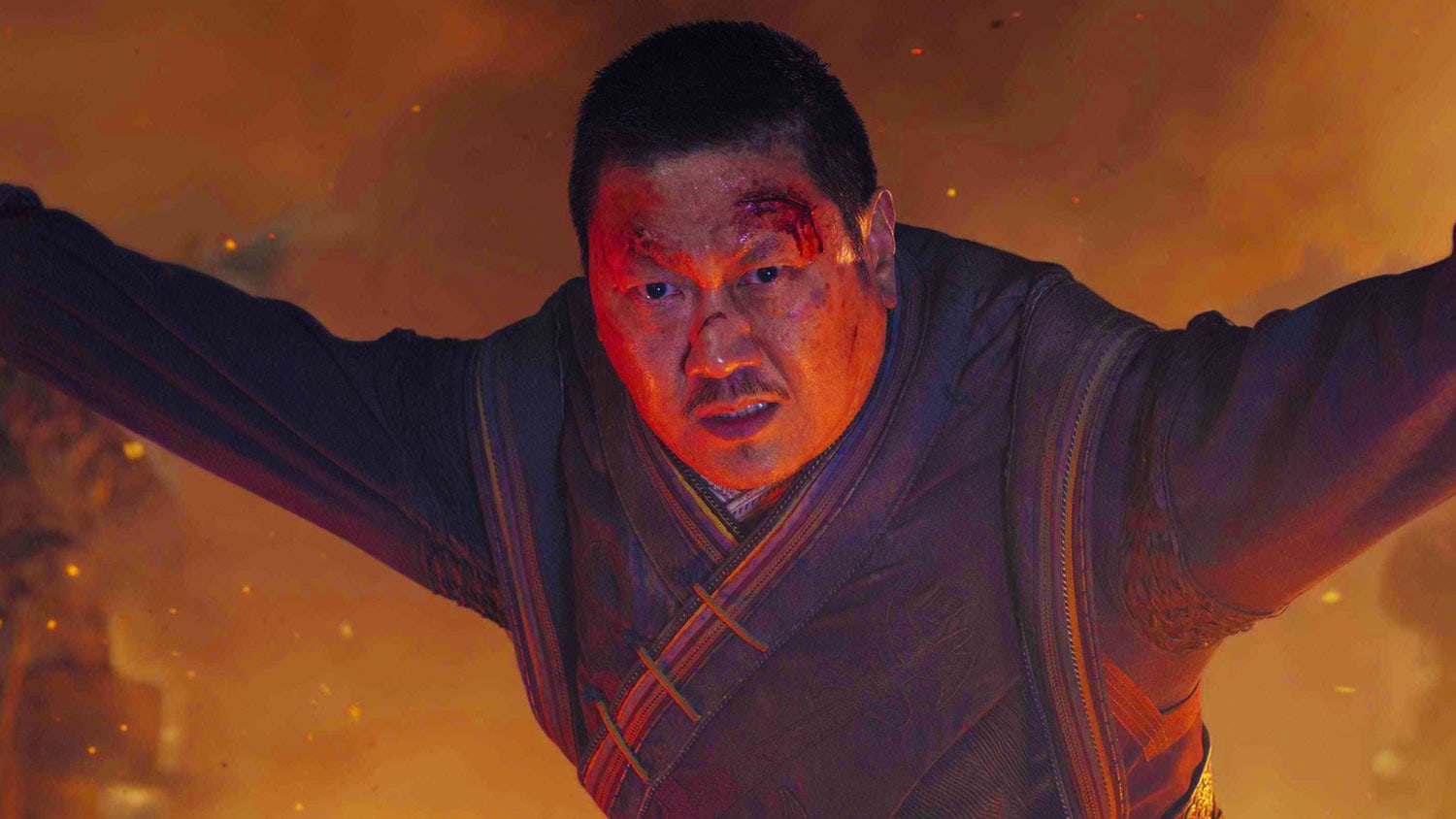 READ MORE: Scarlet Witch Will Be An MCU Villain After WandaVision

What I will say is that the addition of the Multiverse to the MCU is a bit tricky.

The concept of the Multiverse in itself isn’t an easy one for regular cinemagoers to grasp.

It’s complicated and a bit muddled, and I would argue that the Multiverse is very ‘comic booky’.

However, what I will say is the movie’s writers have done the very best they could with making the idea of the Multiverse a bit easier to understand for people who haven’t read all of the Marvel comics under the sun.

Yes, it makes the movie a bit messy, and the denouement at the end is a bit, well, convenient to say the least.

That said, I loved the film’s final act and I thought it featured a lot of important development for each character involved.

However, I would have liked for there to be a bit more character development for America Chavez, who is a new and exciting addition to the MCU.

The character is, I believe, going to be very important in the MCU moving forward, and we don’t really get to know her all that well in this movie.

She’s basically relegated to the ‘kid in distress’ in this movie and the character in the comics is so much more than that.

That said, I am sure that we’re going to get to see much more of her and her powers in the MCU further down the line.

Should Sam Raimi get to direct another MCU movie?

One of the questions I asked myself before writing this review of Doctor Strange In The Multiverse Of Madness was ‘Will Sam Raimi get to direct another MCU movie?’

More specifically, should Raimi get to make another MCU film?

Is a lot of the film’s success down to his direction?

Earlier in the review, I said it was, and I stand by that statement.

I think that Marvel and perhaps Kevin Feige chose the perfect director to helm this project.

He’s one of the most experienced directors to work on a Marvel project, and I think it really shows.

He gets what it’s like to work with a big studio, but he’s still able to put his unique stamp on the movie, all whilst following their strict guidelines and orders.

This is vital when working on a big franchise like the Marvel Cinematic Universe.

I think it’s more of a question of how will Marvel convince Raimi to make another movie, rather than how will Raimi convince Marvel to let him make another MCU film.

I genuinely cannot think of how Doctor Strange In The Multiverse Of Madness could have been any better.

It’s not perfect – no Marvel movie is.

However, as Marvel’s first horror-inflected movie and the real introduction of the Multiverse to the MCU, I think this is as good as it could have ever been.

What do you make of this review of Doctor Strange In The Multiverse Of Madness?

Are you going to be watching the movie this weekend?