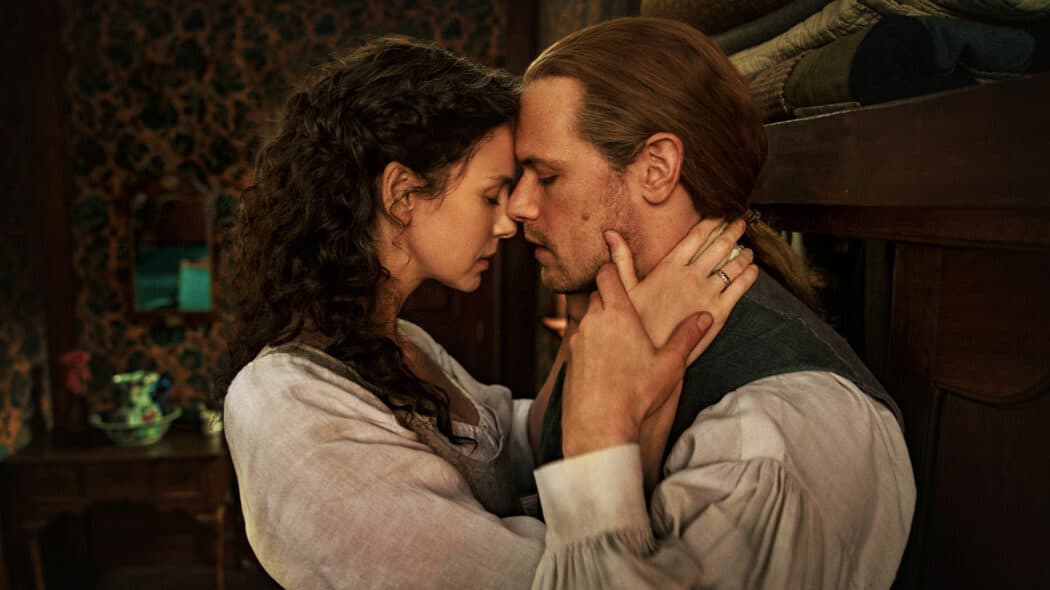 Outlander is easily one of the most popular shows on the air right now, and fans of the series are desperate to know when Season 7’s release date will be. This Starz show wasn’t always on my radar, and we here as Small Screen really dropped the ball on that one.

There was literally no one in our staff who’d even watched an episode of the show. However, this summer, I took it upon myself to binge-watch all six seasons of the show, and wow, I was blown away.

It really wasn’t what I had expected. I knew that there was an element of time travel to the series. However, I still thought that this was something of a romantic period drama.

Set in the beautiful Scottish highlands and parts of France in the 1700s, the show is so much more than just a romantic period drama. I mean, there is that element to the series, but it’s also about warfare and politics, and there are elements of fantasy, sci-fi and adventure to the series that I really wasn’t expecting.

In season 3, there are pirates too, and it almost turns into the Pirates Of The Caribbean (well, sort of).

Is Outlander Season 7 in the works? 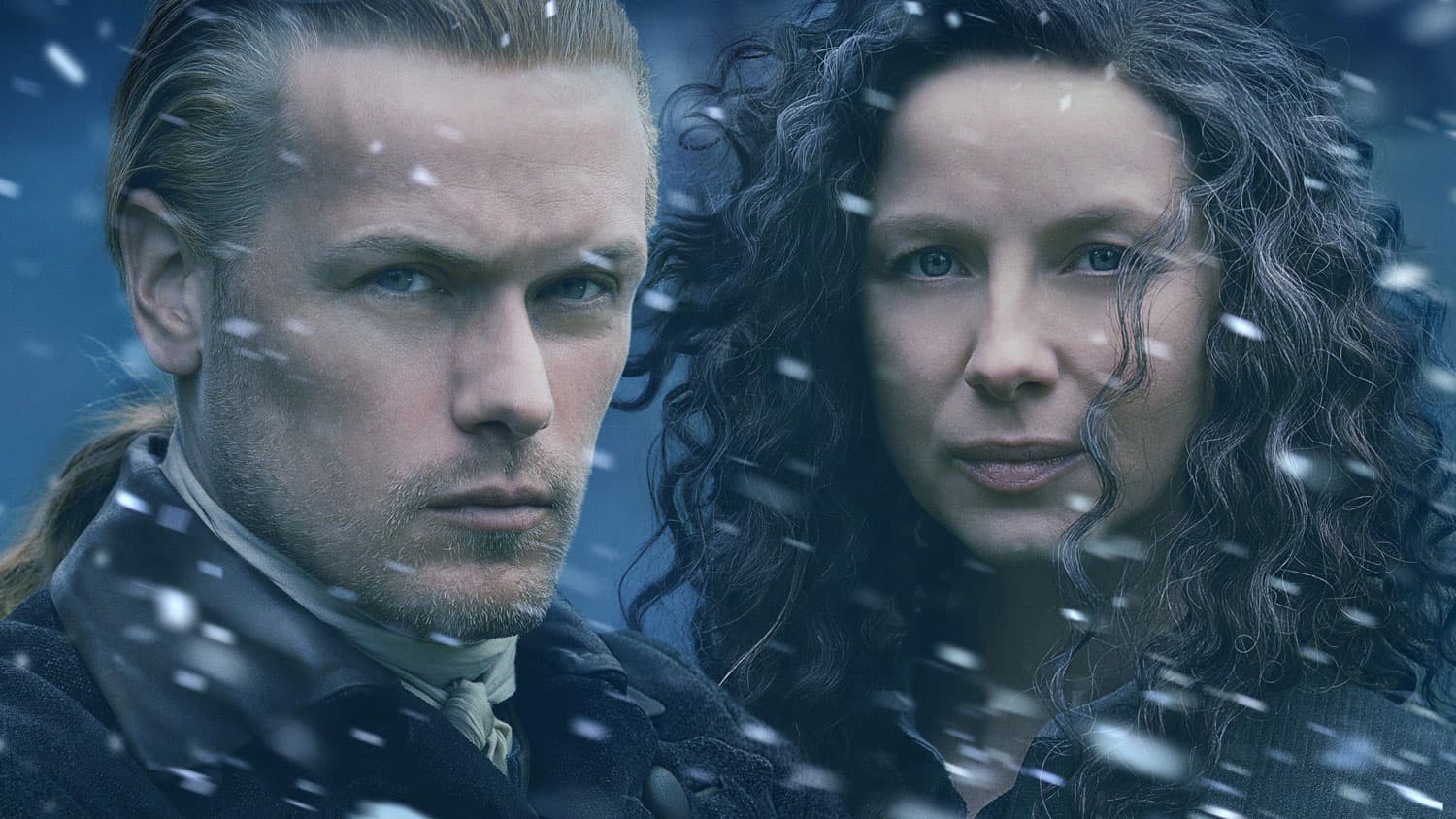 READ MORE: Sam Heughan Is No Longer The Favourite To Be The Next James Bond

The show is based on a series of novels by Diana Gabaldon, and it quickly won the hearts and minds of many viewers. The mere fact that the series has been going on for six seasons now is a testament to how well it’s been doing on the Starz network. So, that’s enough of me gushing about this not-so-new series that I’ve discovered recently.

Starz officially announced that Outlander had been renewed for a 7th season in March 2021.

Christina Davis, President of Original Programming for Starz, said in a statement:

Starz is committed to investing in unapologetic, bold premium storytelling that amplifies diverse voices and shines a spotlight on women in front of and behind the camera through our #TakeTheLead initiative. The hit series ‘Outlander’ embodies everything about our initiative including a powerful female lead character and an amazing team of storytellers. We look forward to following the adventures of Claire and Jamie in America during the Revolution as well as more time travel during this next season.

“We are so excited Starz has given us the opportunity to continue the epic ‘Outlander’ journey,” showrunner Matthew B. Roberts added.

When could Outlander Season 7’s release date be? 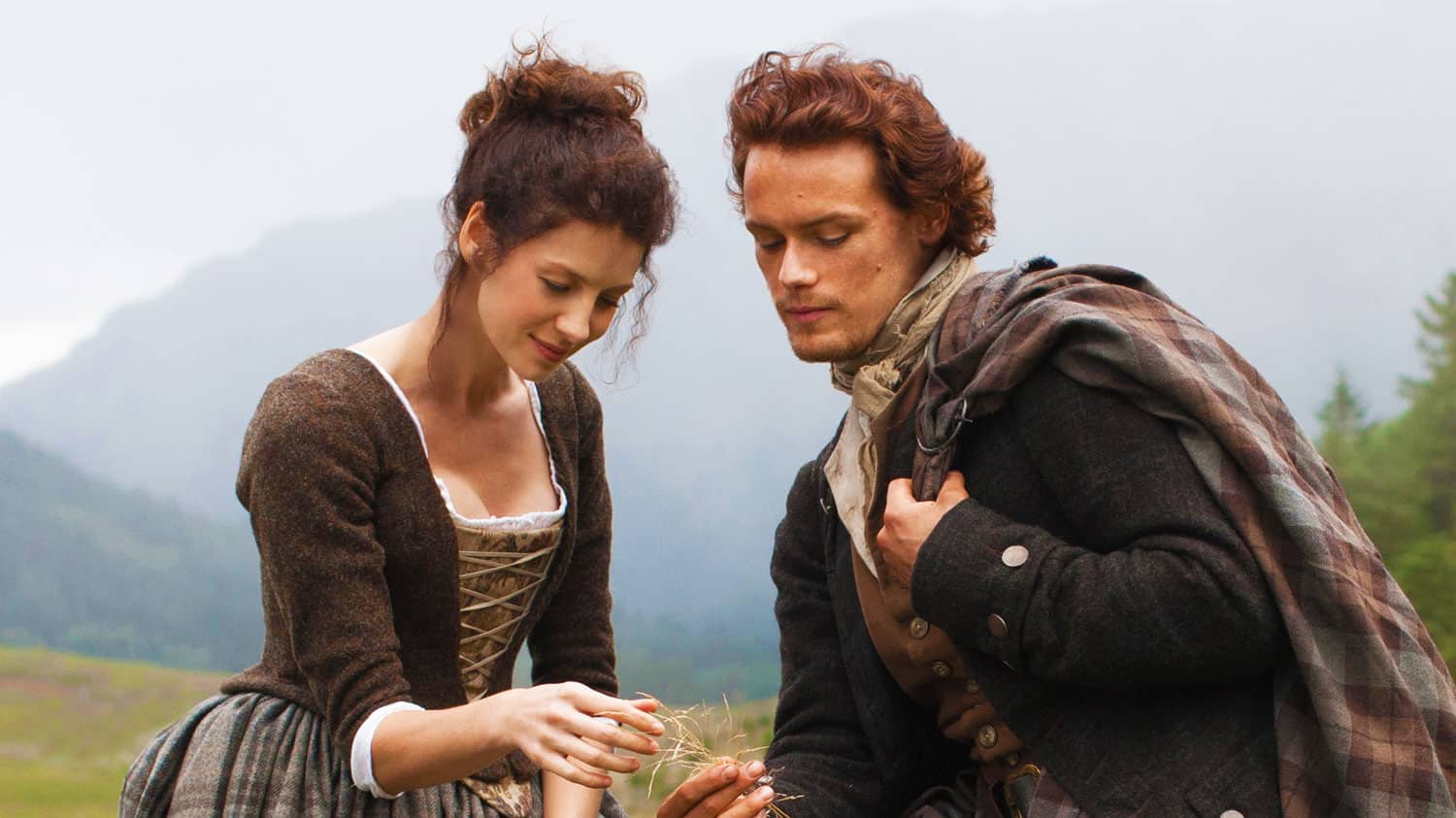 READ MORE: Marvel Movie Fans Are Calling For Charlie Cox’s Daredevil To Be In Spider-Man 3

It was also revealed that Outlander Season 7 would consist of sixteen episodes. Unfortunately, due to the pandemic, Outlander’s sixth season had to be shortened.

However, every cloud has a silver lining. In order to make up for the shorter sixth season, Starz revealed that Outlander Season 7 will be extended. This means that the seventh season will consist of sixteen episodes in total.

“We are excited to get into the editing room to work on bringing the fans one step closer to reuniting with the family back on Fraser’s Ridge,” said Matthew B. Roberts, Outlander’s showrunner, in a statement.

“Filming in 2021 has presented an unprecedented set of challenges which led us to the decision to truncate the season in order to bring the fans the most vibrant and dynamic season as soon as possible. Dinna fash, we will then film an extended season seven with 16 episodes next year as life returns to normalcy.”

Moreover, in an interview with ET, executive producer Maril Davis said that the seventh season would be “supersized”. That said, there’s still no official release date for Outlander Season 7. However, the seventh season should be released on Starz sooner rather than later.

Who could star in Season 7? 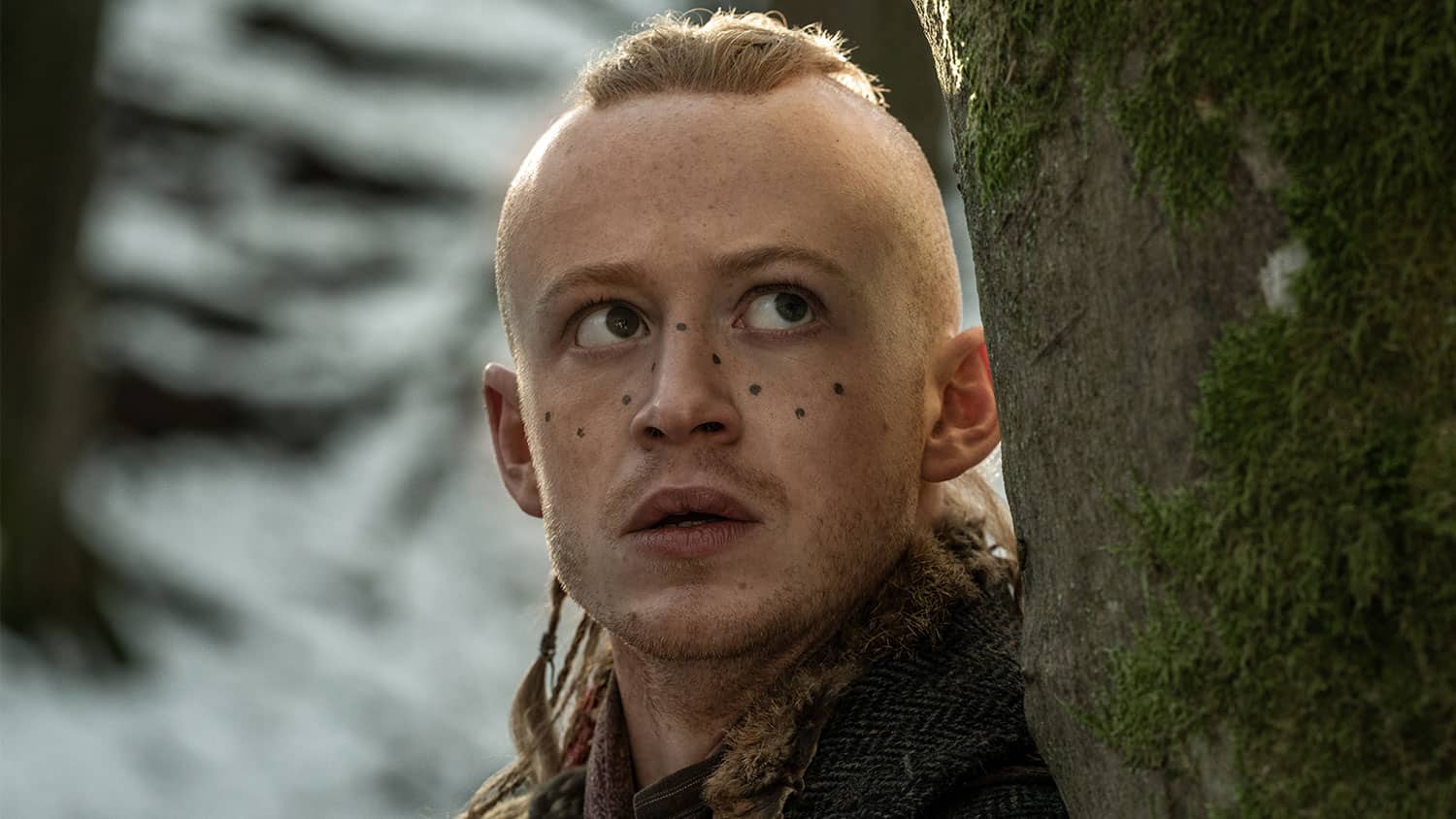 There have been rumours that Outlander Season 7 will be the show’s final season. However, Diana Gabaldon weighed in on the rumours on Twitter. Here’s what she had to say on the matter:

Don’t pay attention to stupid click-bait online, is my advice. Of course Season 7 _might_ be the last–it may well NOT be the last. Nobody knows that. But people keep pestering, so they get non-answers like, ‘Maybe’ and add silly headlines.

Don't pay attention to stupid click-bait online, is my advice. Of course Season 7 _might_ be the last–it may well NOT be the last. Nobody knows that. But people keep pestering, so they get non-answers like, "Maybe" and add silly headlines. 😘 https://t.co/si1EFeJxV9

It was revealed not too long ago that production on Outlander Season 7 had started recently. This was actually revealed by actor Sam Heughan. He shared the first photo from the set of season seven. You can check out that photo for yourselves below.

Moreover, two of the actors who’ll definitely be back for Season 7, Heughan and Caitríona Balfe appeared in a teaser video from the set. This video was released to celebrate World Outlander Day on June 2nd earlier this year.

“We are here working hard for you, on what is, I think, my favourite season yet,” Sophie Skelton teased in the video. 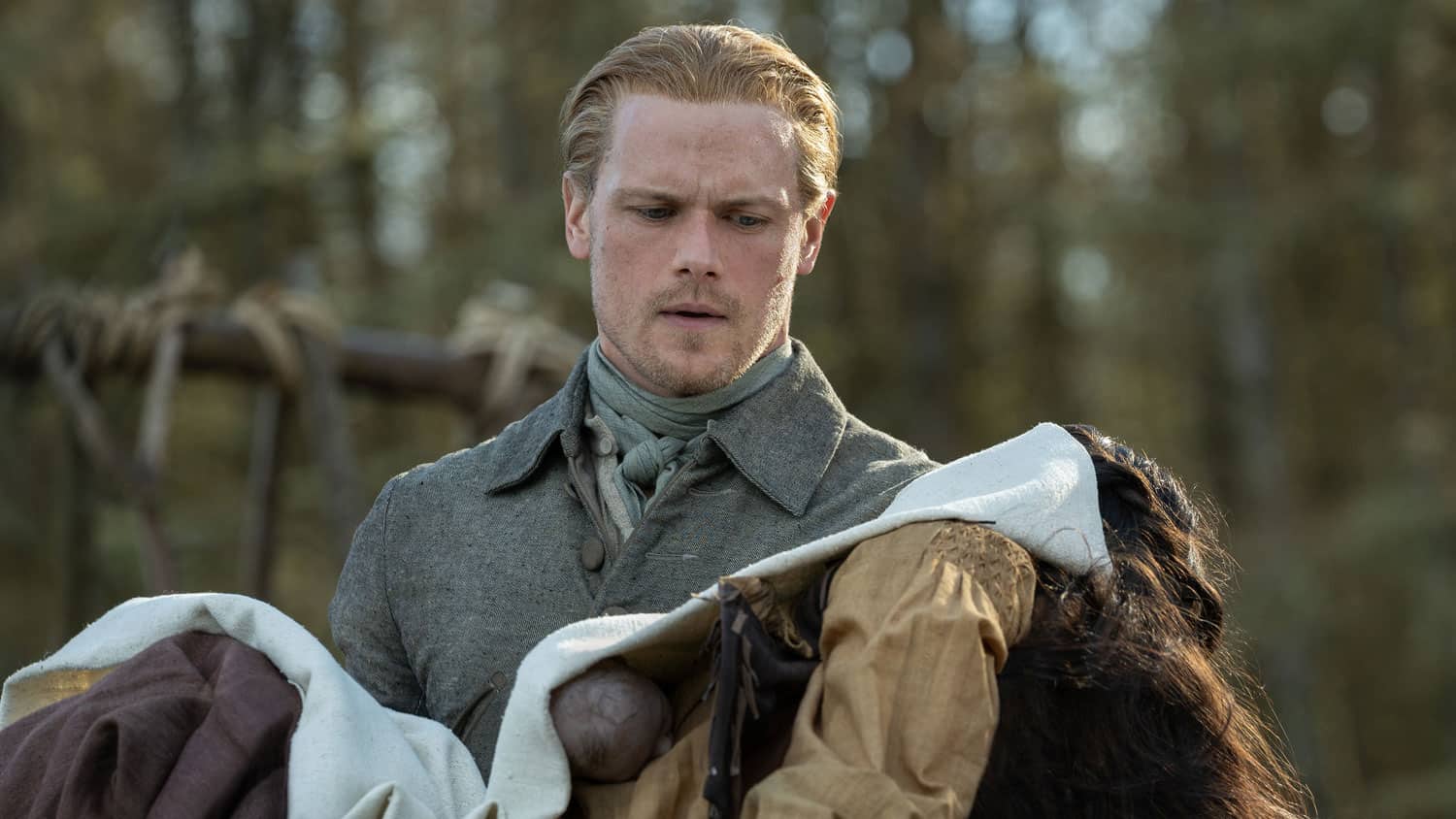 Thankfully, we Outlander fans won’t have to wait around for too long before season seven’s released. Deadline revealed that we could set to watch Outlander Season 7 as soon as “late 2022/early 2023.”

Moreover, during an interview on Watch What Happens Live on March 10th, Outlander’s lead actor (and potentially our next James Bond) Sam Heughan revealed that they are “about to go back and shoot season 7”.

As for what the seventh season’s story will be, it was revealed that it’s going to adapt the book Echo In The Bone. “We can’t wait to get into the writer’s room and start breaking Echo in the Bone and look forward to giving the fans another season of this exhilarating story,” Roberts revealed.

Here’s a little sneak peek of what’s going to happen in the book:

Set in America, London, Canada, and Scotland. The book’s cover image reflects the internal shape of the novel: a caltrop. That’s an ancient military weapon that looks like a child’s jack with sharp points; the Romans used them to deter elephants, and the Highway Patrol still uses them to stop fleeing perps in cars. This book has four major story lines: Jamie and Claire; Roger and Brianna (and family); Lord John and William; and Young Ian, all intersecting in the nexus of the American Revolution—and all of them with sharp points. (1777-1778/1972)

What do you make of this feature? Are you a fan of Outlander? Are you looking forward to watching Outlander Season 7? What would you like to see in the seventh season? Let us know your thoughts in the comments below.