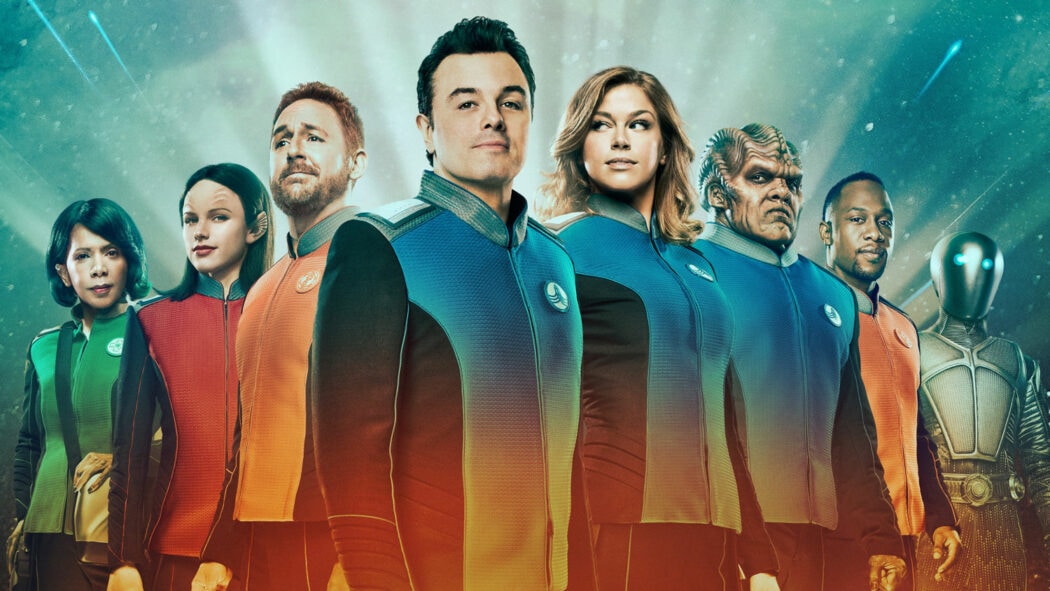 The Orville Season 4 To Happen – But As A Movie…? | Exclusive

The Orville Season 3 is coming to an end on Hulu (and on Disney Plus if you’re outside of the United States) and we fans of the show would love to see more from Seth MacFarlane’s sci-fi show.

The Orville has really won over the hearts and minds of Star Trek fans who haven’t been totally satisfied with the new Star Trek shows and movies.

There are certainly a lot of fans of The Orville out there as #RenewTheOrville is trending continuously on Twitter.

So, is there hope for a fourth season of the show? Will we get to see it be renewed because the official line is that the third season will be the show’s last?

Well, it seems as though there might be hope, but not in the way you might have been expecting.

Rather than The Orville Season 4, it seems as though Seth and co. have been working on something else, The Orville movie to be precise.

This was hinted at by Peter Macon during a recent interview we did with the actor.

Will The Orville Season 4 happen over at Hulu?

READ MORE: Could The Punisher Season 3 Be Released On Hulu?

Macon, who is a lovely chap, plays Bortus on The Orville and we asked him whether Season 3 really will be the show’s final season.

So, depending on how the fans react to the season, if there’s a high demand, if people are like ‘We want more’, then I would like to think that they would figure it out. I know that Seth is still really interested in doing… because I was at his house a while ago and he was like ‘Season 4, Season 4, Season 4’. So, you know, there’s talk about a movie. I certainly hope that this is not the end because it took so long to renew and to shoot Season 3, you know, it took a long time. For a lot of good reasons and lot of reasons that were out of our control such as Covid.

Macon then went on to state that he would love to do more seasons of the show.

However, he did state that he doesn’t know any of the specifics and referred to himself as a “meatpuppet”.

You can check out our full video interview with Peter Macon below.

Yet, the bottom line does seem to be that Seth McFarlane and the whole cast and crew want to do more seasons of the show.

They are even talking about doing a movie, which would be brilliant!

So, if you really want to see Season 4 of The Orville or a movie get make, then you’re going to have to make some noise online and keep that hashtag #RenewTheOrville going.

If we make enough noise they will hear the demand, and we may get a fourth season… or apparently a movie.

As Peter Macon said, there has been talk of an Orville film!

Would you like to see Season 4 or a movie of The Orville?