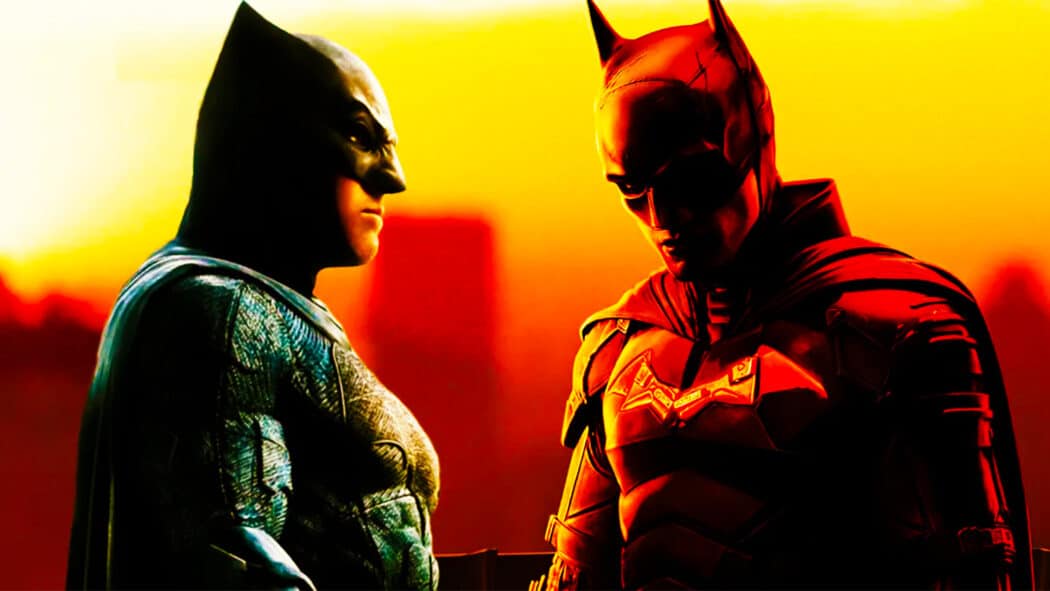 It was revealed earlier today that Ben Affleck is going to be returning to play Batman in DC Films’ Aquaman 2 and Robert Pattinson The Batman fans have reacted to this news online.

It was revealed that Ben Affleck would be back to play Batman (or maybe just Bruce Wayne) in Aquaman And The Lost Kingdom.

This was revealed by Jason Momoa on his social media accounts.

However, it was then revealed by The Hollywood Reporter, so it’s officially happening.

Momoa’s video shows the lot on which they were filming Aquaman And The Lost Kingdom.

In the video, Momoa then went into a trailer on the movie’s set, and inside that trailer was Ben Affleck just sitting there.

Momoa then posted on Instagram a picture of him with Ben on the movie’s set and officially confirmed that the Batman actor would be returning as the Dark Knight in Aquaman 2.

So, I was really happy to hear this news, but fans online then started a battle: Robert Pattinson’s Batman vs Ben Affleck’s Dark Knight.

It’s a pretty tough battle, and some fans have been mocking Ben Affleck’s return as Batman.

Now, I think that’s taking it too far, but you know what they say: trolls be trollin’.

However, the overall reaction to the news was positive, and most people seemed to want more versions of Batman on the big screen.

We’re going to have three versions of Batman all at once: Ben Affleck’s, Robert Pattinson’s and Michael Keaton’s.

The more, the merrier, I say.

One fan wrote: “We are getting more content of Batfleck in the DCEU and The Batman Verse with Robert Pattinson is still intact. Batman fans can’t lose.”

Another added: “Yes, that way we can have multiple versions of Batman so most Bat-fans can get the version they want. Keaton: Batman Beyond series Affleck: DCEU cameos and JL movies Pattinson: Character-driven solo movies.”

A third fan said: “There’s a chance we could be having Ben Affleck and Robert Pattinson both coexisting and playing Batman at the same time. We don’t need to compare them; we can just enjoy some great Live Action Batman content, that is such an exciting possibility.”

Are you looking forward to seeing Ben Affleck return as Batman in Aquaman 2?