6 Reasons Why You Have To Start Binge-Watching The O.C Right Now

Now that Channel 4 has popped The O.C. onto its streaming service 4OD, with a lockdown still expected at least for the next month in the UK, there’s never been a better time to binge. For those of us old (wow… that hurts) enough to remember its original release in 2003, it’s hard to believe it’s actually 18 years since we first met the cast.

The sandy beaches, orange skies, bait shop, expensive cars and houses, it really takes you back. The series launched the contemporary careers of Ben McKenzie, Adam Brody, Rachel Bilson and Mischa Barton from 2003-2007.

The O.C. hit the screens in a big way and became a huge rating hit in the first season, full of wit, social commentary and melodrama it grew fans across the world. This was a time period without Twitter, without streaming television and to catch an episode you had to set your watch or your VCR to ensure you didn’t miss out.

The O.C. acts as a perfect pop culture time capsule for the early 2000s. Here are 5 reasons why it’s a perfect binge-watch to remember the early 00’s.

1. The Music In The O.C. Is Incredible 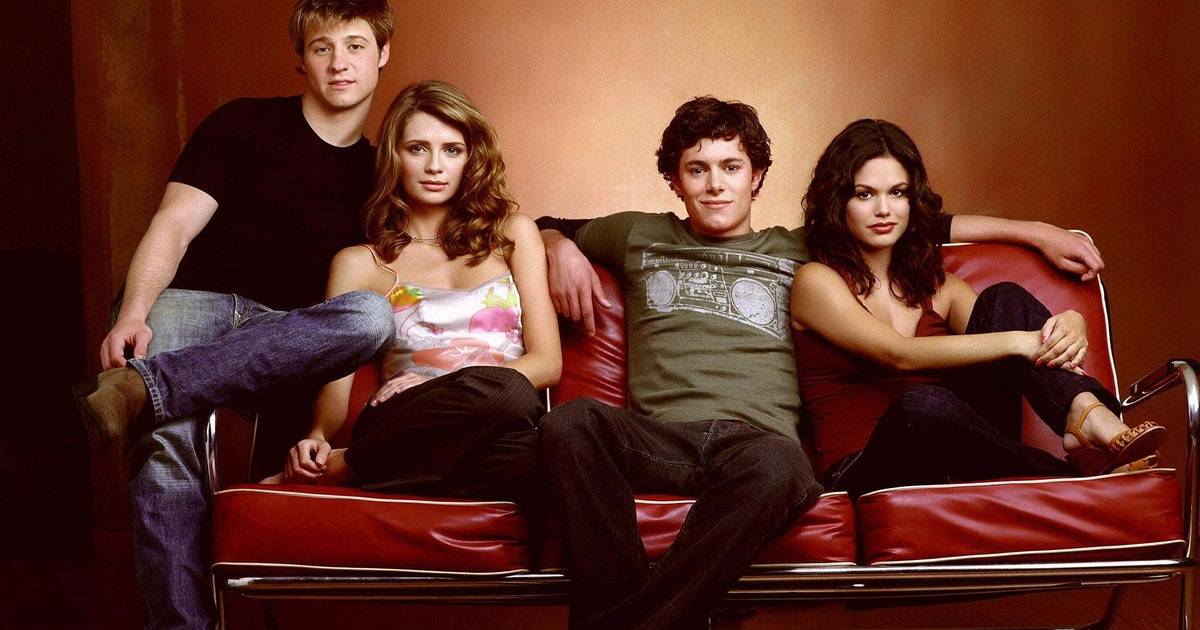 Read more: Chris Evans Has Been Cast As The Sinister Dentist In Little Shop Of Horrors Remake

While the show was on the air, it was infamous for its music choice. And still is. Creator Josh Schwartz (who followed up with Gossip Girl, Chuck), once said he “always intended that music be a character on the show”. And he didn’t lie.

Indie Rock became synonymous with the series, helping capitulate a genre’s popularity within the Myspace era and gave lesser-known bands exposure too. From Rooney to The Killers to Death Cab For A Cutie to The Subways, so many bands made guest appearances on the show and shot into the limelight.

Sales increases followed for many featured bands, along with 6 soundtrack albums (mixtapes) released for the show itself. Hallelujah by Jeff Buckley, Orange Sky by Alexi Murdoch and Forever Young by Youth Group all became widely hunted down on Napster (remember that?).

Audiences also became alerted to Imogen Heap and Bloc Party whose songs regularly ended an episode on a cliff-hanger. We also have to mention Phantom Planet’s California, who hasn’t dreamed of driving along the 101, with this blasting in the car?

Watching a season of The O.C. is worth it, just for the music you’ll learn to love alone. It’s also partly to blame for the Pub and Club love of Mr Brightside across the UK, that still exists nearly 20 years later. 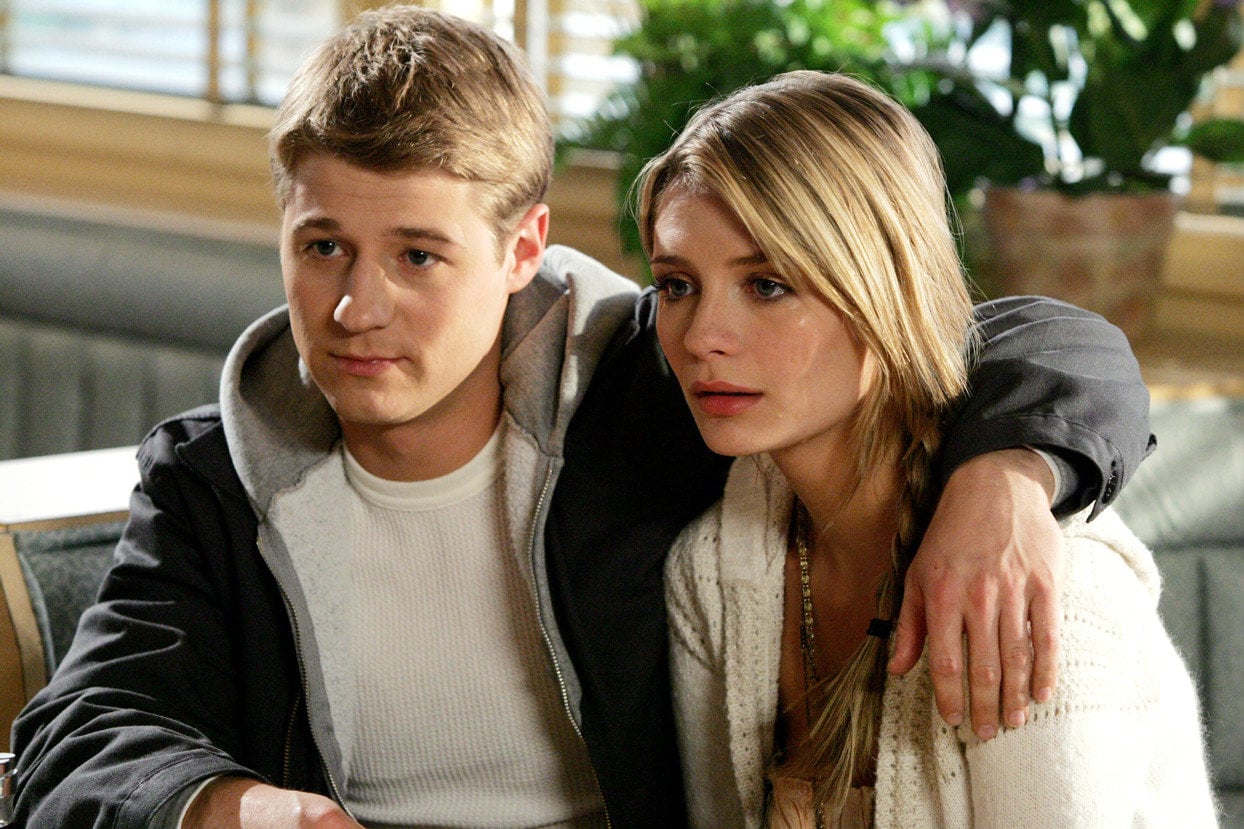 Back in 2003-2004, it was common to head to a ‘mall’, (shopping centre for us British folk), on a weekend to shop for clothes as opposed to online. It really wasn’t as common back then to shop online or as feasible.

Hollister was a status symbol for some, as a result of being very prevalent throughout the show. Luxury brands like Chanel, Gucci and Prada are on display with fine gowns, dresses and handbags at the ready.

Along with years and years of episode worthy spaghetti tops. (You can follow an IG dedicated to this @spaghettistrapsoftheoc).

And the Atwood wife-beater, leather jacket combo. The pinnacle of ‘bad boy’.

3. The Technology, The Phones 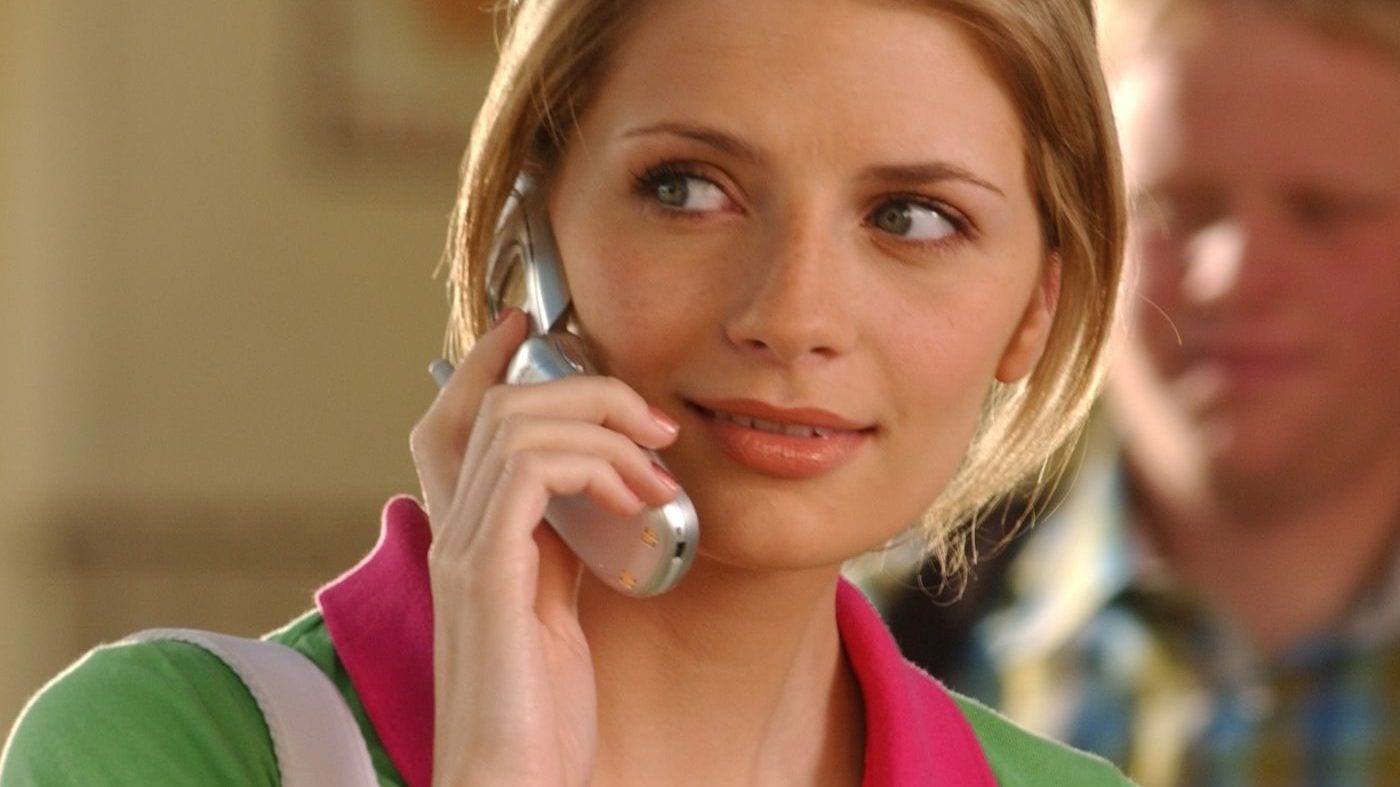 We can’t not mention the flip phones, just watching an episode and hearing the satisfying click when the phone shuts after a particularly angry phone call is something. During this time Paris Hilton was a pop culture icon, and promoting the Motorola Razr flip phone at any occasion, which was on every teens Christmas list.

It’s made a somewhat unsuccessful comeback recently. Early on in the series, there are were no text messages, it’s a phone call or nothing.

No smartphones, no apps, remember those days? No constant connectivity, it was the best.

4. The Cameos and Guest Stars In The O.C. were perfect 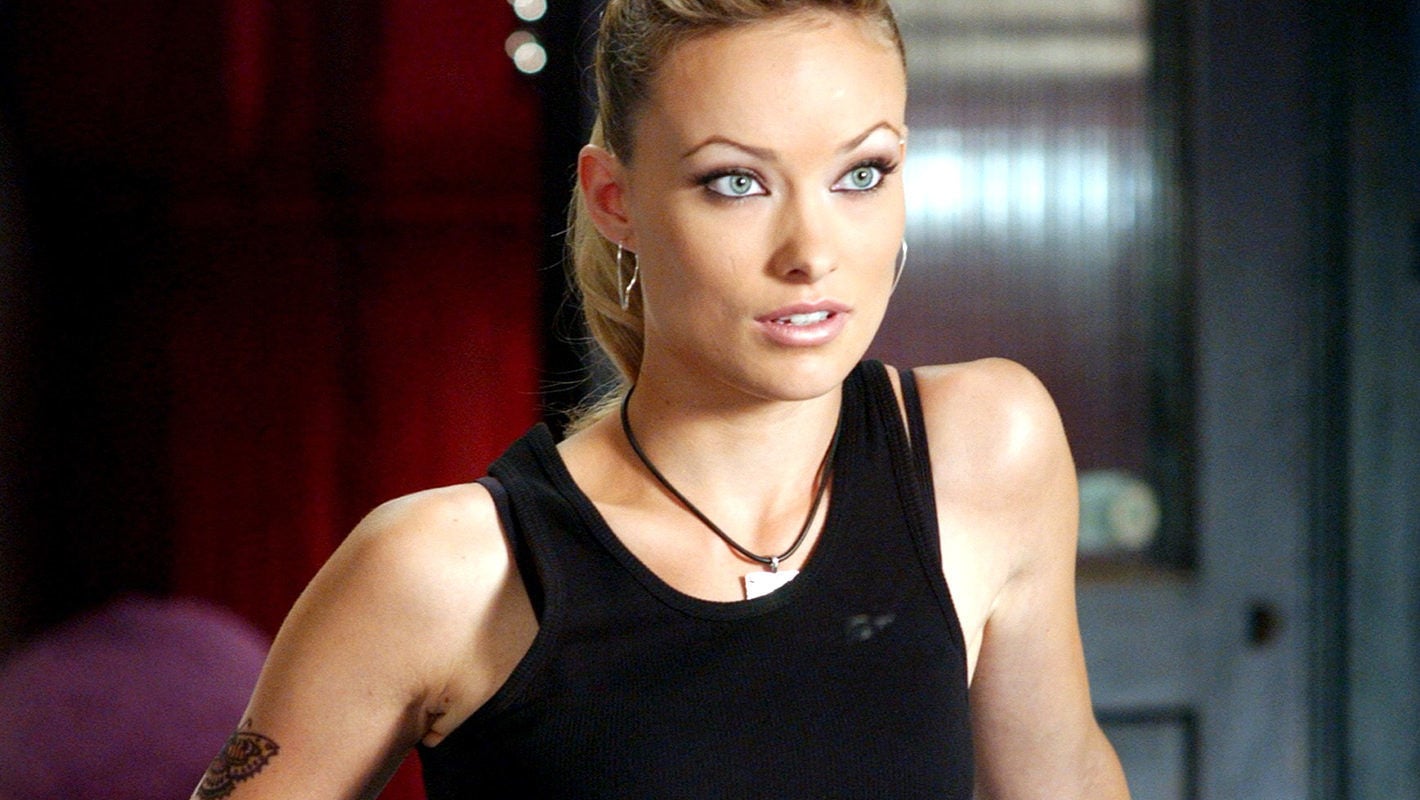 While the younger stars were mostly new to the scene, the ever-loveable Sandy Cohen, played by Peter Gallagher was actually a pretty successful actor before the series. Along with Tate Donovan playing Jimmy Cooper (the voice of Disney’s Hercules), Melinda Clarke playing Julie Cooper and Kristen Cohen being played by Kelly Rowan gave a depth of experience to the cast.

But the show was also a stepping stone for many future actors and actresses. Chris Pratt now infamous for Parks and Recreation and as Star Lord in Guardians of the Galaxy guest-starred in its final season as Che.

Olivia Wilde played Alex, the love interest for both Seth and Marissa, Jeffery Dean Morgan shows up as a foe to Sandy Cohen, Shailene Woodley even plays an early Caitlin Cooper. 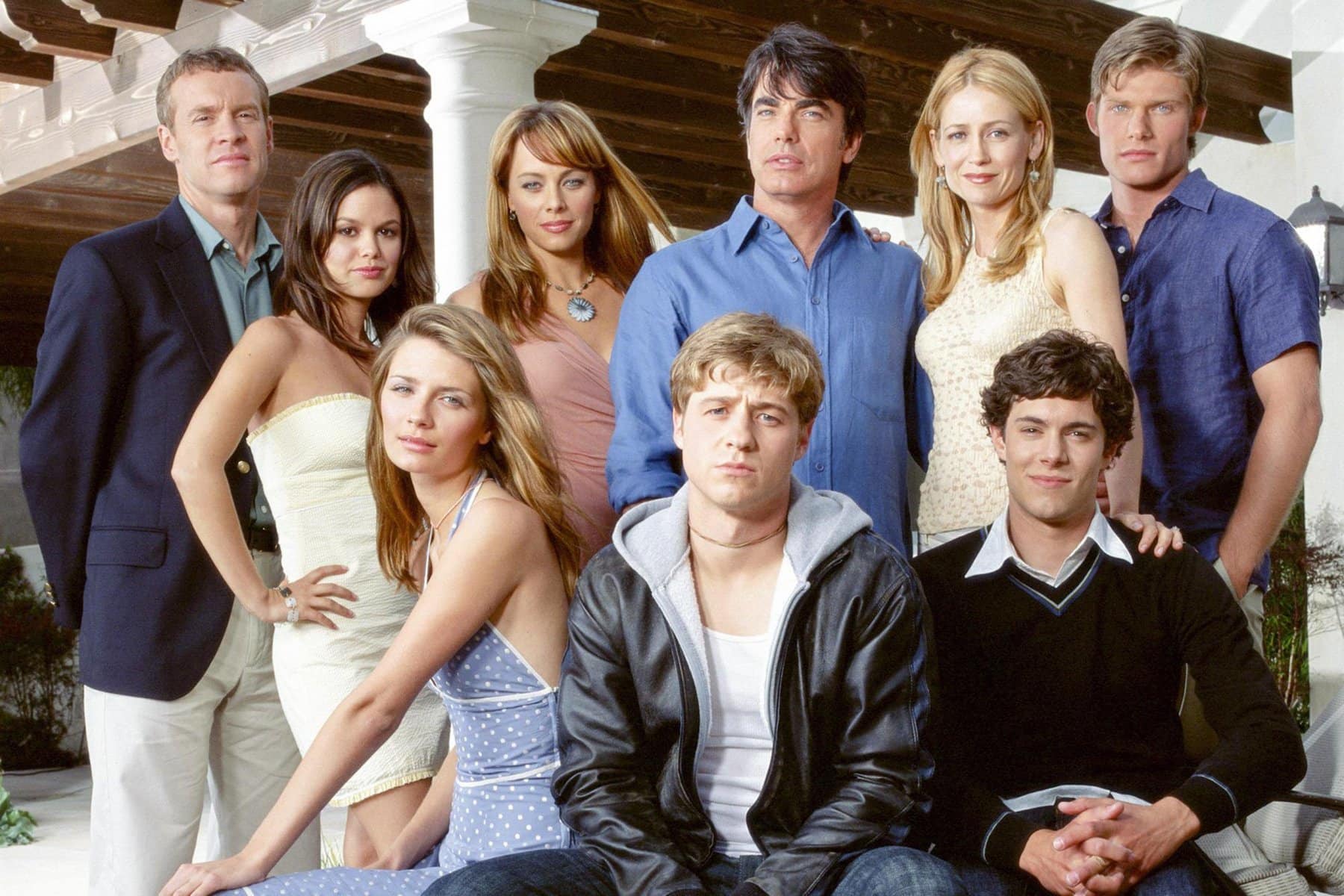 Read more: 5 Ways Borat 2 Can Live Up To The Original

Sandy Cohen is the almost infallible father figure, loving husband. He can cook a great BBQ, likes a morning surf, and is happy to take in a troubled kid he meets. A perfect TV Dad along with being an absolutely brilliant lawyer.

Ryan Atwood is the mysterious at first, somewhat broody, angry, but caring bad boy. Inevitably he has a big heart and helps the gang out of just as many scrapes as he gets them into.

Marissa Cooper is a troubled teen, from alcohol to drugs. From boys to girl relationship drama, or her parents’ divorce, it all takes a toll on Marissa, and she’s never short of some tragedy.

Julie Cooper, her mother is quite the antagonist who becomes more loveable as the series continues. She’s a classic TV bitch there is no doubt about that! Judgmental, snobby, rude, we could go on…

But she loves her family, being rich, and will do anything for those purposes. 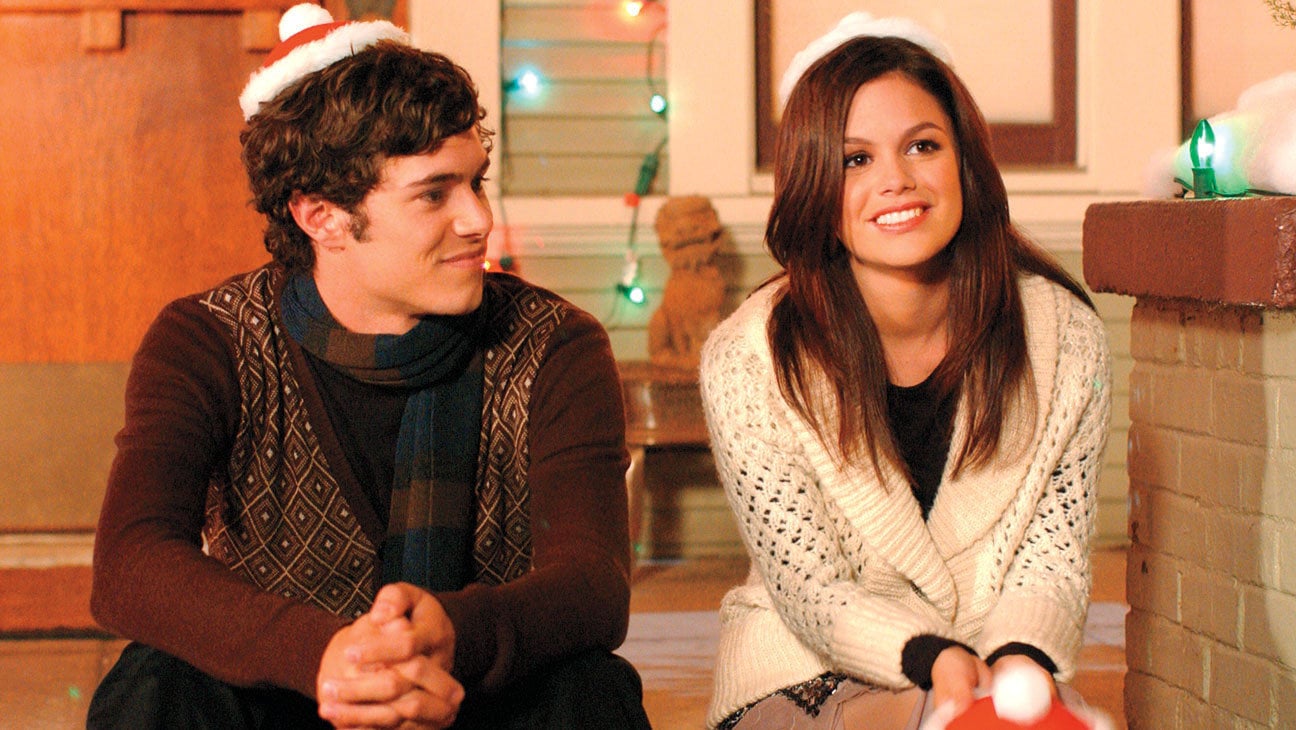 Read more: Could Seth Rogen Be Playing The Penguin In The Batman?

What starts out as an unlikely pairing grows into a sometimes hilarious, cute and heartbreaking love story. But we always root for them, because it’s Seth and Summer.

Start Season One of The O.C., Now!

What are you waiting for? Turn over from Netflix hit that button and start your binge today.

We’d love to see what you think, hear about your favourite characters, episodes or throwback memories in the comments below.