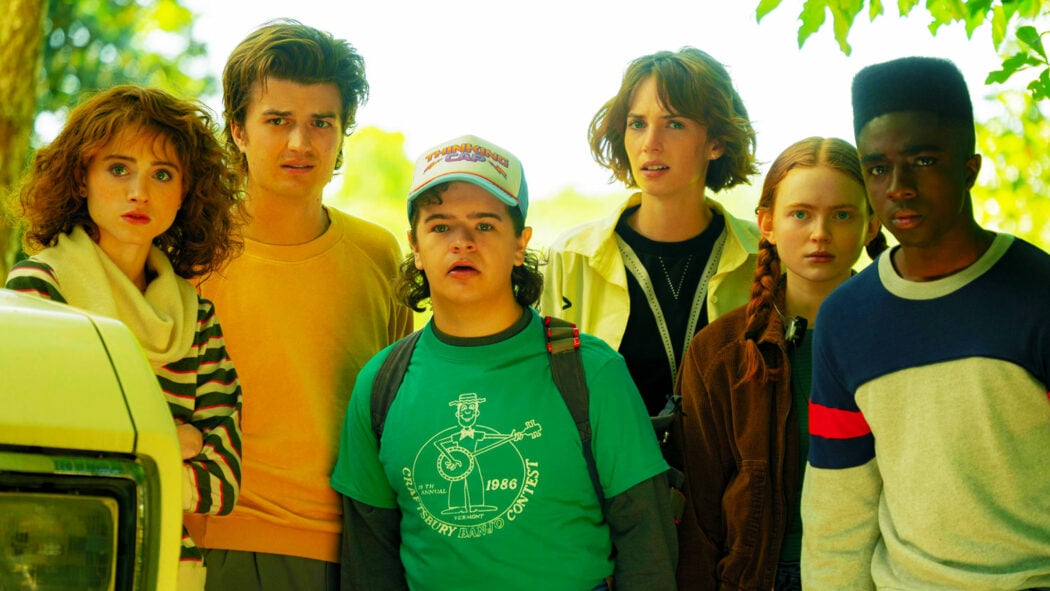 Stranger Things Season 4 Volume 2 has just dropped and fans of the hit Netflix show are now desperate to know when Season 5’s release date on the streaming platform will be.

This is not an easy thing to try and work out, but thankfully, the Duffer Brothers have given us some information on when we should expect the final season to be released.

And, yes, you read that correctly, Stranger Things Season 5 will be the show’s final season, which is bittersweet.

It means that we’re going to get to watch the ending that the Duffer Brothers wanted us to watch, but it also means that the show’s going to be finished.

Basically, what the Duffer Brothers revealed was that we won’t have to wait as long as we did between seasons 3 and 4.

We ended up waiting three years for Stranger Things Season 4.

They did also reveal that they are hoping to be able to start filming the fifth season relatively soon.

Speaking to TV Line about the fifth season and when they intended to film, Matt explained:

I’m not sure we’re ready to say yet a start date for shooting. But a lot of it is pretty well mapped out.

So, it sounds as though Matt and Ross Duffer want to get started on Stranger Things Season 5 as soon as possible.

They have already written all the scripts for the final season.

All they have to do now is start shooting and then go into post-production.

During their interview with TV Line, Ross and Matt revealed that they are pretty close to

“We learn a lot every time we make a [season],” said Matt.

“We’ve learned a lot just working with all of our new actors and the ones that we’ve worked with for a long time over this year [making Season 4], so I’m sure it’ll change a little bit from that outline. The ending is the hard thing,” he added.

“That’s obviously the stressful thing. We really want to stick the landing.”

Ross then revealed that Season 5 will have a time jump from the end of Stranger Things Season 4.

“Ideally, we’d have shot [Seasons 4 and 5] back to back, but there was just no feasible way to do that. So these are all discussions we’re going to have with our writers when we start the room up,” he continued.

“Believe it or not, we’re still working on Season 4. We’re trying to finish the final two episodes, they’re so massive.”

When will Stranger Things Season 5’s release date be?

Moreover, Matt and Ross Duffer made a statement in which they announced the end of the series.

Here’s what they had to say about Stranger Things coming to an end:

Seven years ago, we planned out the complete story arc for Stranger Things. At the time, we predicted the story would last for four to five seasons. It proved too large to tell in four but – as you’ll soon see for yourselves – we are now hurtling toward our finale. Season 4 will be the penultimate season; season five will be the last. There are still many more exciting stories to tell within the world of Stranger Things; new mysteries, new adventures, new unexpected heroes. But first we hope that you stay with us as we finish this tale of a powerful girl named Eleven and her brave friends, of a broken police chief and a ferocious mom, of a small town called Hawkins and an alternate dimension known only as the Upside Down. As always, we are grateful for your patience and support.

With all of this in mind, it does seem as though we’re going to see Stranger Things Season 5 in 2024.

I doubt that it’ll be ready for release in 2023 given how busy everyone’s schedules are getting.

Millie Bobby Brown is in high demand and Netflix will want to be able to release the fifth season a bit later whilst they try and find their next huge hit.

Who will star in Season 5?

READ MORE: Stranger Things Season 4 To Be Longest Season Yet

If you’re watching this after having finished Season 4, you might know that not everyone has made it out of the show alive.

It was previously revealed that five characters were going to be killed off in Season 4’s finale.

However, there are still a lot of characters coming back for the fifth and final season.

In the kids’ group, there is:

Then there’s the Stranger Things’ own version of a babysitters’ club, with the elders of the group being:

Finally, there are the main adults and parents of the group:

When do you think Stranger Things Season 5’s release date will be on Netflix?