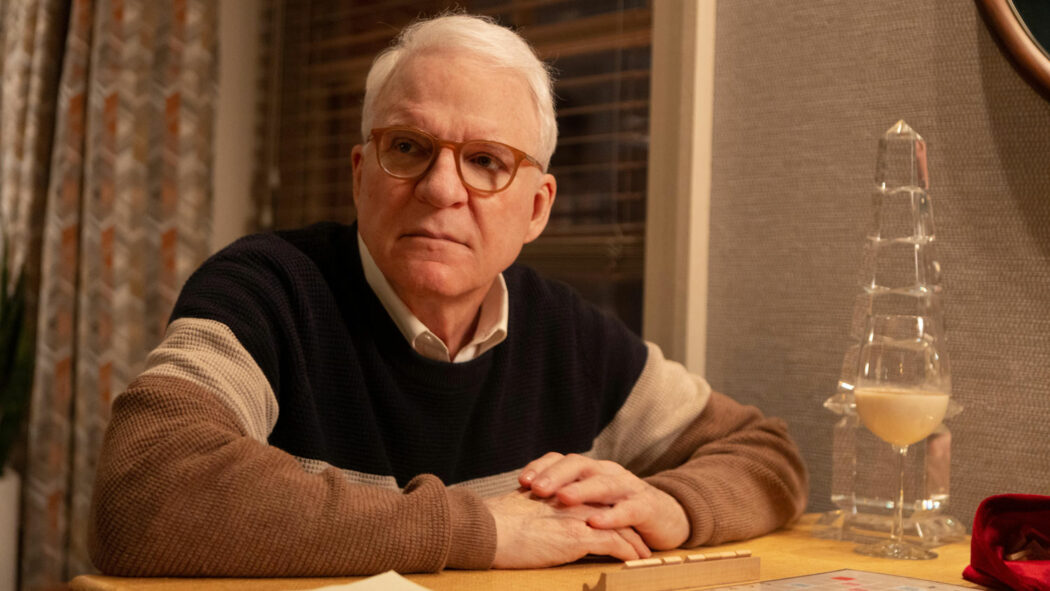 Only Murders In The Building Season 1 Episode 7 Review

This is by far one of the best episodes of Only Murders In The Building’s first season and it uses barely any words.

We watch this episode from Theo’s perspective (he is Teddy’s son).

This is such a clever episode as it not only gives us many answers to questions, we have been wondering but we also see what the world is like for someone like Theo, who is deaf.

A lot of bombshells were dropped onto us in this episode and there is a lot to take in. 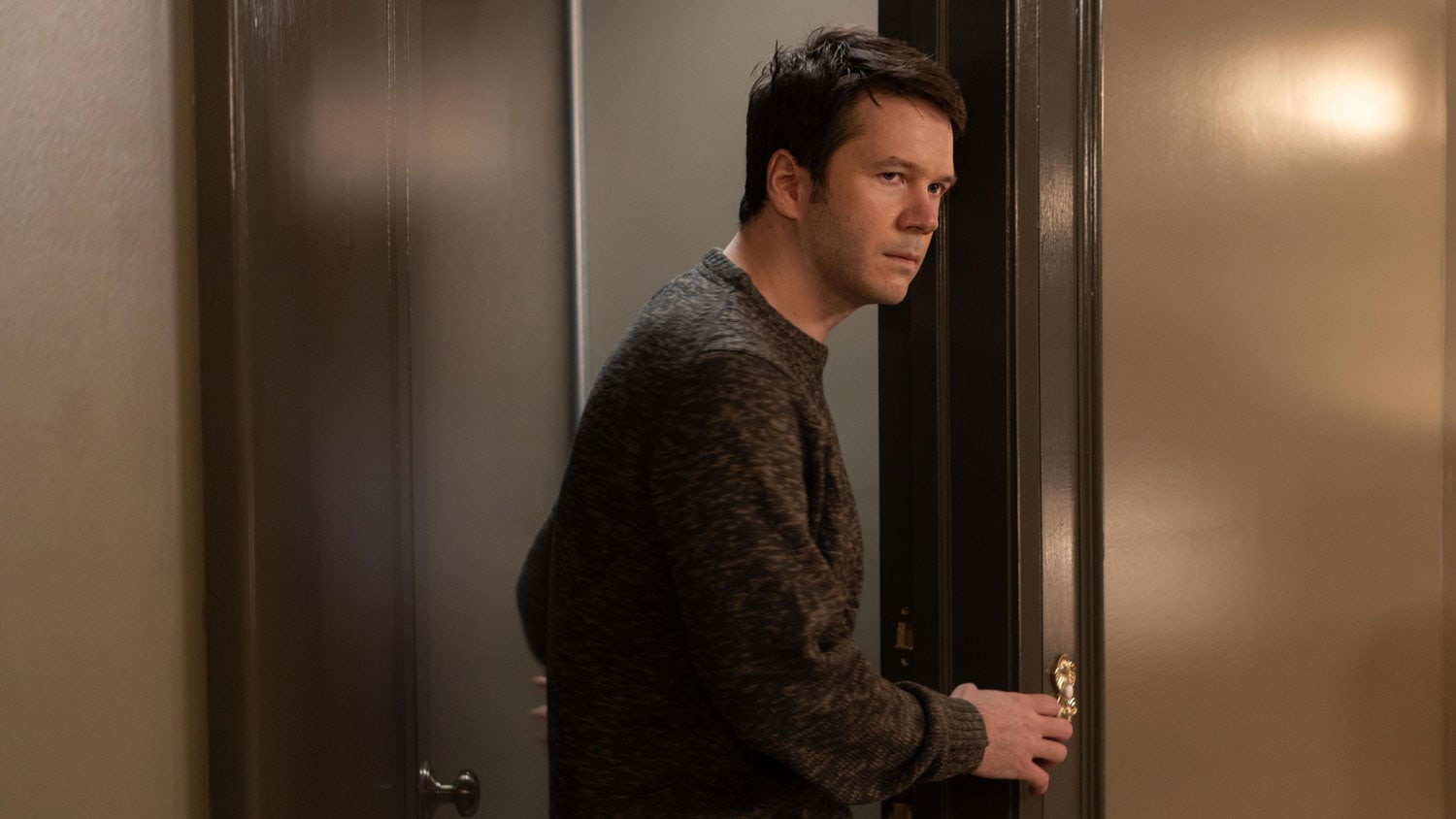 I had forgotten about Theo (James Caverly) as we hadn’t seen at all, since his first appearance many episodes ago.

Yet when we did first meet him, I remember thinking how shifty this character was but dismissed it as we never saw or heard of him again.

I think it is really clever how this plot has been set up because everything and every character has been thought about.

So far no one has been introduced to us that wasn’t important to the investigation in some way.

It is very brave of this show to use no words for the entire 30 minutes of the episode until the very end.

It makes viewing this episode a lot more intense and I think it was really well executed.

Telling the story from the perspective of a deaf character was never going to be easy but it was done so well.

Even when Theo wasn’t in scenes, no one spoke yet the story was still being told really well visually.

The only sounds we do hear is music which isn’t used that much.

WE FINALLY LEARN WHAT REALLY HAPPENED TO ZOE! 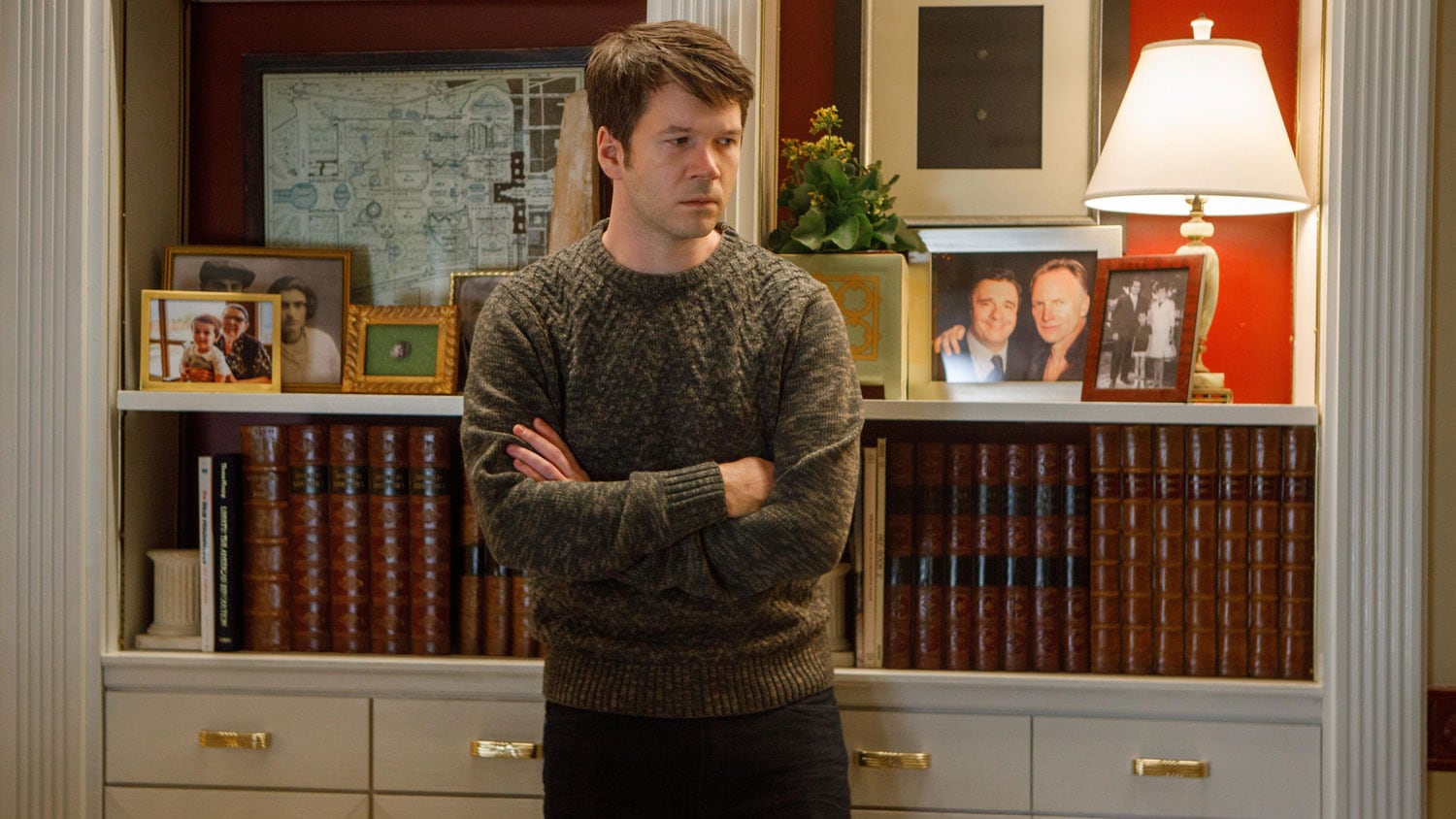 Read more: Only Murders In The Building Season 1 Episode 6 Review

What was really nice about this episode was the flashbacks where we got some answers to what happened to Zoe (Olivia Reis).

I didn’t expect this twist but looking back it does make sense.

I enjoyed the relationship between Theo and Zoe.

It felt as if we got a real insight into what Zoe was like and it was nice to get to see more of her.

We got the full picture of how Zoe died in this episode and I didn’t expect it at all.

Her death is more surprising than I expected and the truth of her real murderer is surprising.

Caverly and Reis worked really well together in scenes.

In the final flashback scene, Reis does a fantastic job in portrayed Zoe’s mood swings.

It really does feel that this character has problems and isn’t happy.

It’s kind of sad how Zoe turns so quickly on Theo, when he thought he finally found someone and she just attacks him.

The way her death comes about feels a little unrealistic.

However, the premise of the death feels believable and is heart-breaking for Theo, especially as she was the one person who saw him as a person and made him feel alive.

TEDDY AND THEO HAVE A VERY COMPLEX RELATIONSHIP 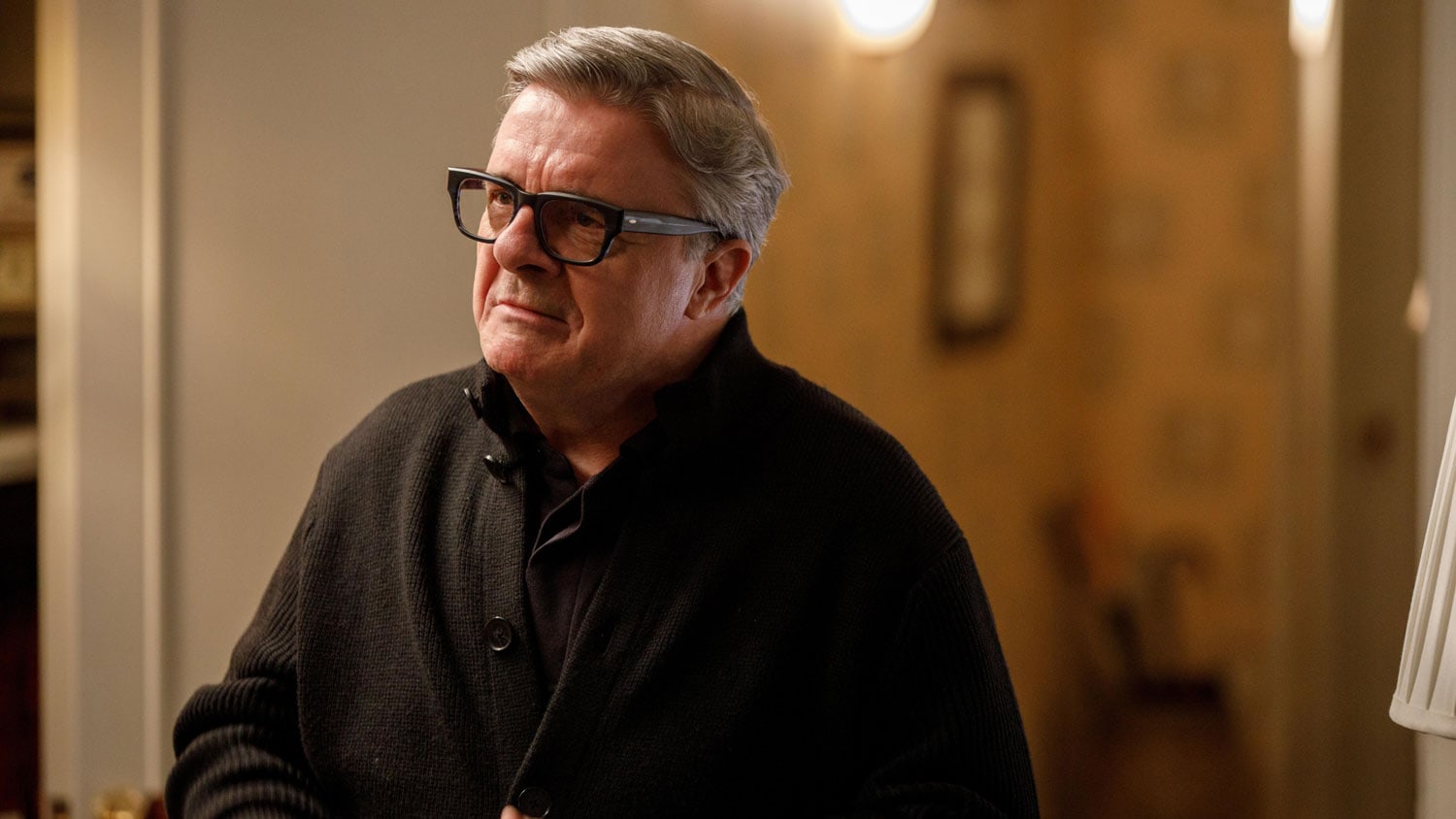 This is Caverly’s episode and he owns it.

His performance is perfect and is clearly the dark horse of the season.

Theo has a very complicated relationship with his father, Teddy (Nathan Lane).

Their relationship is interesting to watch, Teddy wants the best for Theo but is very protective of him at the same time.

It comes across as if Theo can’t really cope without his dad but then maybe he knows that his father will always be there to bail him out.

Teddy is a very complex character, a lot more than I expected him to be.

I thought Teddy was just a rich producer who lives his life. I didn’t expect him to be involved in crime and to get his son involved in it too.

What feels very honest about Lane’s performance is that Teddy clearly loves his son but especially in the flashback, it hurts that he can’t fix his son.

He comes across almost angry that his son is deaf and that they can’t do anything to fix that.

There is a strong bond between these two characters but on Theos end there is defiantly a sense of fear.

I enjoyed watching this relationship, they are both in it together. I do wonder what will happen if someone outs one of them.

Would Teddy take all the blame or would both go down together?

WILL WE EVER LEARN JAN’S BACKSTORY? 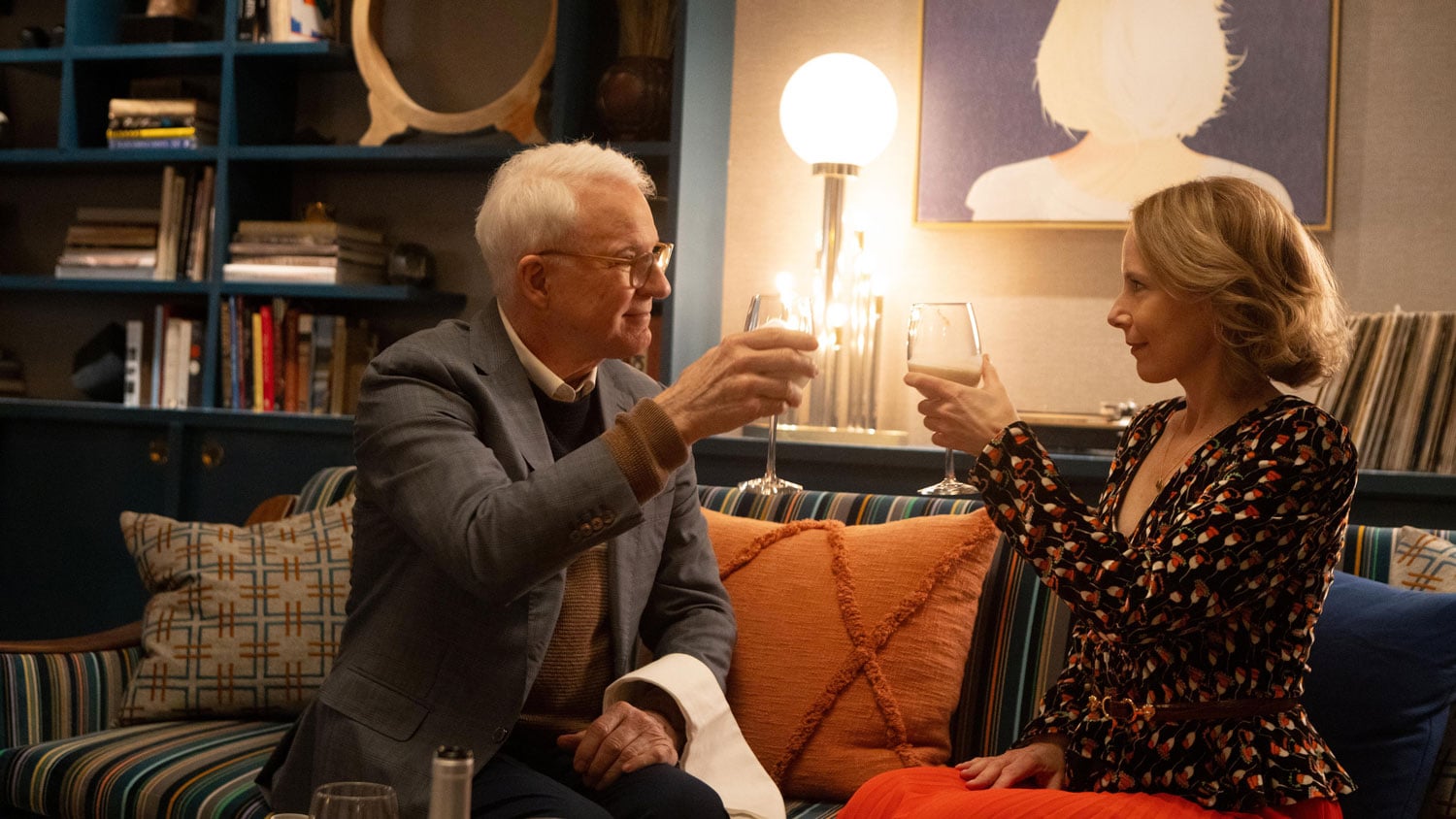 This episode isn’t just about Teddy and Theo but our focus is mainly on them.

Charles (Steve Martin), Mabel (Selena Gomez) and Oliver (Martin Short) still carry on with their story in this episode.

Short’s physical comedy in this episode works really well, especially the scene in the funeral home.

Watching Mabel and Oliver become a team in this episode was a joy.

It is clear that Mabel and Charles have created a great friendship connection but I wasn’t sure where Oliver and Mabel stood.

Now we can see that this is a blossoming friendship which is lovely to watch.

I’m glad Jan (Amy Ryan) and Charles are back in this episode; we needed this date.

A date with no words still has a lot of romance and emotion.

The use of scrabble for the characters to portray how they were feeling was clever.

Their relationship seems to be developing quite nicely now.

I do wonder if we will get an episode with Jan to see her backstory.

Is connected in any way to the investigation?

THE THEME OF THIS EPISODE IS SILENCE 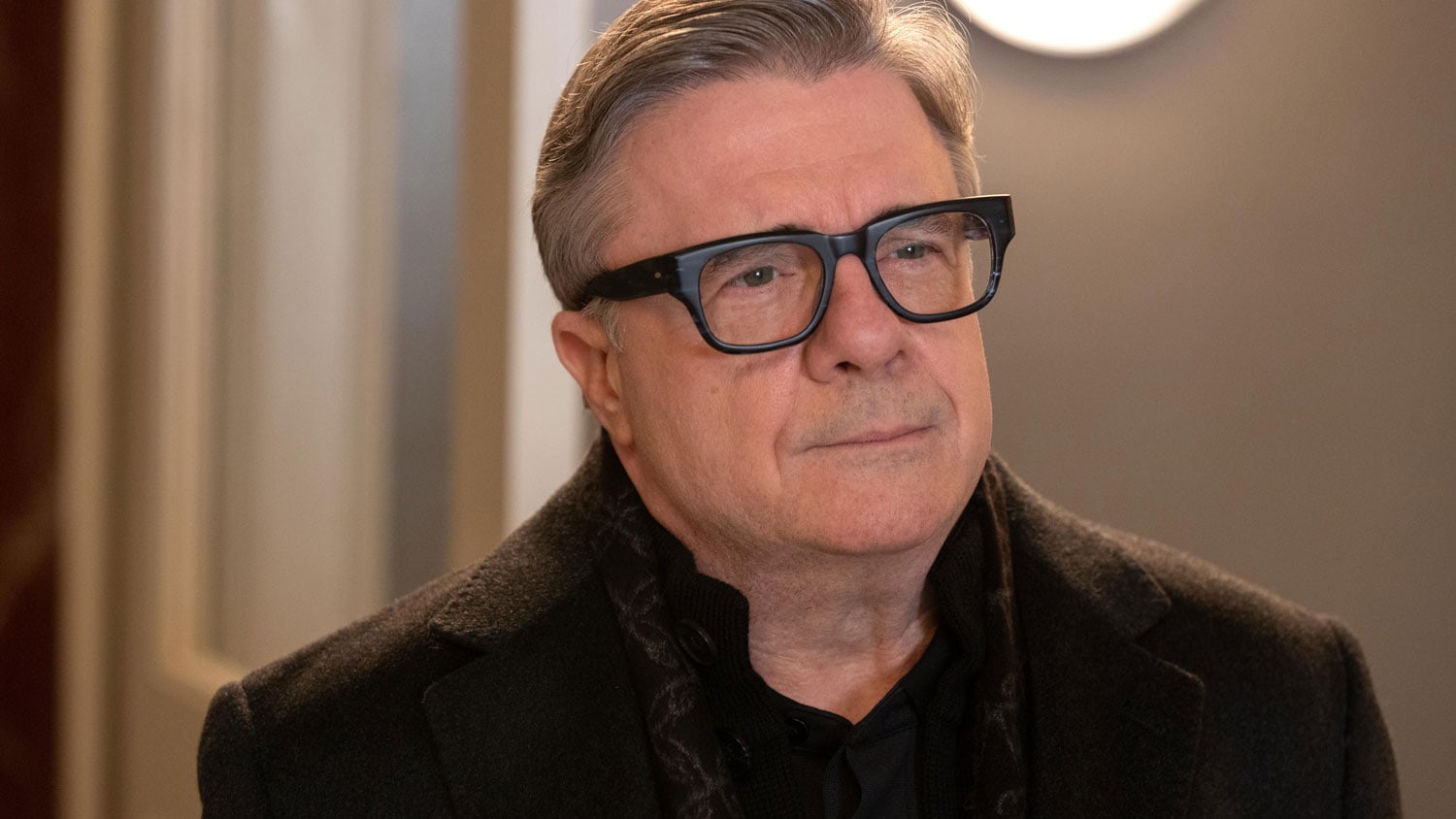 Read more: Zoe Kravitz Has Been Cast As Catwoman In Matt Reeves’ The Batman

This episode not only let us get to know Zoe but also Theo.

It’s quite sad how alone Theo is, as the one person he thought he had a connection with is dead.

Many people have said this and I thought it was quite clever, this episode is all about silence.

We witness the silence that Theo lives with not only because he is deaf but he is forced to be silent on what he and his dad does and the truth about Zoe.

WILL OUR TRIO BE ABLE TO ESCAPE AND SURVIVE THE REMAINING EPISODES OF ONLY MURDERS IN THE BUILDING?

We leave this episode still wondering what happened to the green ring.

We also finally learn the truth about Zoe’s death but I do wonder when our trio will discover this information.

Also, just because Theo is involved in Zoe’s death that doesn’t mean he is responsible for Tim’s even though that would be easy to assume.

It would be more surprising if Tim’s death was caused by someone else.

Who knows maybe Jan is the real killer?

Episode 7 is a huge improvement compared to the past couple of episodes.

It is very well done and is really enjoyable to watch.

It gives us many answers and leaves us wondering what our trio will do next.

I’m excited to see what these 3 remaining episodes will give us and after this episode my expectations are high.

We are left on a huge cliff-hanger in this episode, I do wonder if Mabel and Oliver will be able to escape or could one of our trios die in the few remaining episodes.