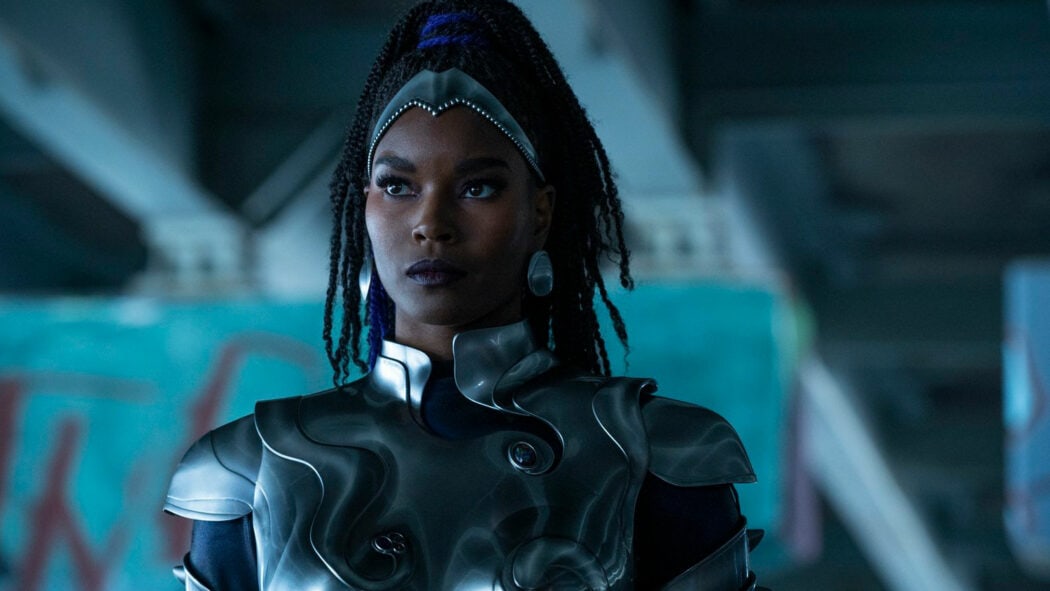 After the bombshell of the last episode of Titans Season 3, we are now back in Gotham and dealing with the aftermath of Gotham’s water supply being tampered with.

This is an intense episode where you aren’t sure what will happen next.

Things literally go from bad to worse for the Titans as the blame is put onto them.

Scarecrow (Vincent Kartheiser) is the one who is responsible for contaminating Gotham’s water supply with his anti-fear toxin and already over half of Gotham has been infected with this dodgy water.

Those who have drunk the water are going crazy and chaos is erupting all over Gotham.

Not only are there multiple robberies, murders and fires but because of this Gotham has been shut down and put in quarantine, so no one else can get hurt.

WHEN WILL JASON LEAVE SCARECROW?

It was surprising to see Jason back with Scarecrow.

I assumed when he ran away after Tim got shot that he ran away to hide or find someone else, like Molly.

I do wonder what made Jason (Curran Walters) go back to Scarecrow because it came across that he had found the light and didn’t want to work with him anymore.

I am getting tired of the same routine between Jason and Scarecrow.

It’s always Jason isn’t sure and then Scarecrow sort of convinces him.

Yes, Scarecrow makes some good speeches but it’s so obvious that Jason has doubts.

I’d rather have Jason on his own struggling to know what to do than this tiring routine of him being with Scarecrow, running away from Scarecrow and then coming back.

What will it take to make Jason leave Scarecrow behind?

RED HOOD IS THE NEW HERO OF GOTHAM 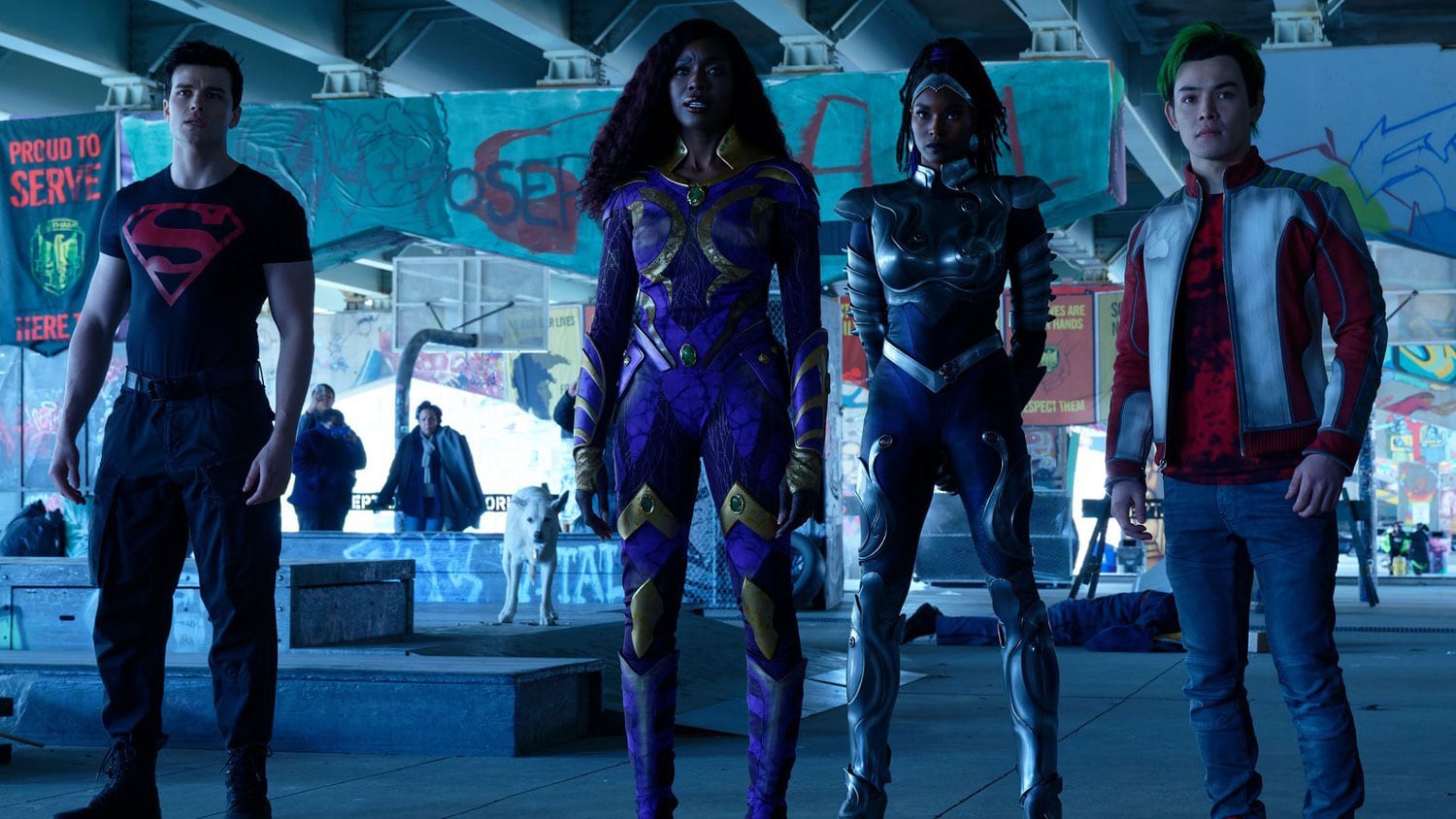 It has to be said that Scarecrow has a very clever plan.

His plans have been very complex and at times its seemed that nothing was going right.

Scarecrow is truly on a high right now but I do think that this can’t last.

He may have taken over Wayne Manor but as we saw at the end of the last episode Batman isn’t really dead.

So surely, he’ll come back to get his home back.

Telling the public that everything that has gone wrong is Batman and the Titans fault is clever, especially as Gotham is known for not having the most trusting relationship with its superhero’s.

Making Red Hood the new hero of Gotham was never going to be easy.

Also, Jason doesn’t come across as the most caring and understanding guy.

He is a troubled character who needs some help from the right people.

It’ll be interesting to see if the Titans can forgive Jason or will he end up alone by the end of the season (that is if we aren’t left on a huge cliff-hanger).

IS THIS EPISODE HINTING THAT DONNA IS THE REAL LEADER OF THE TITANS? 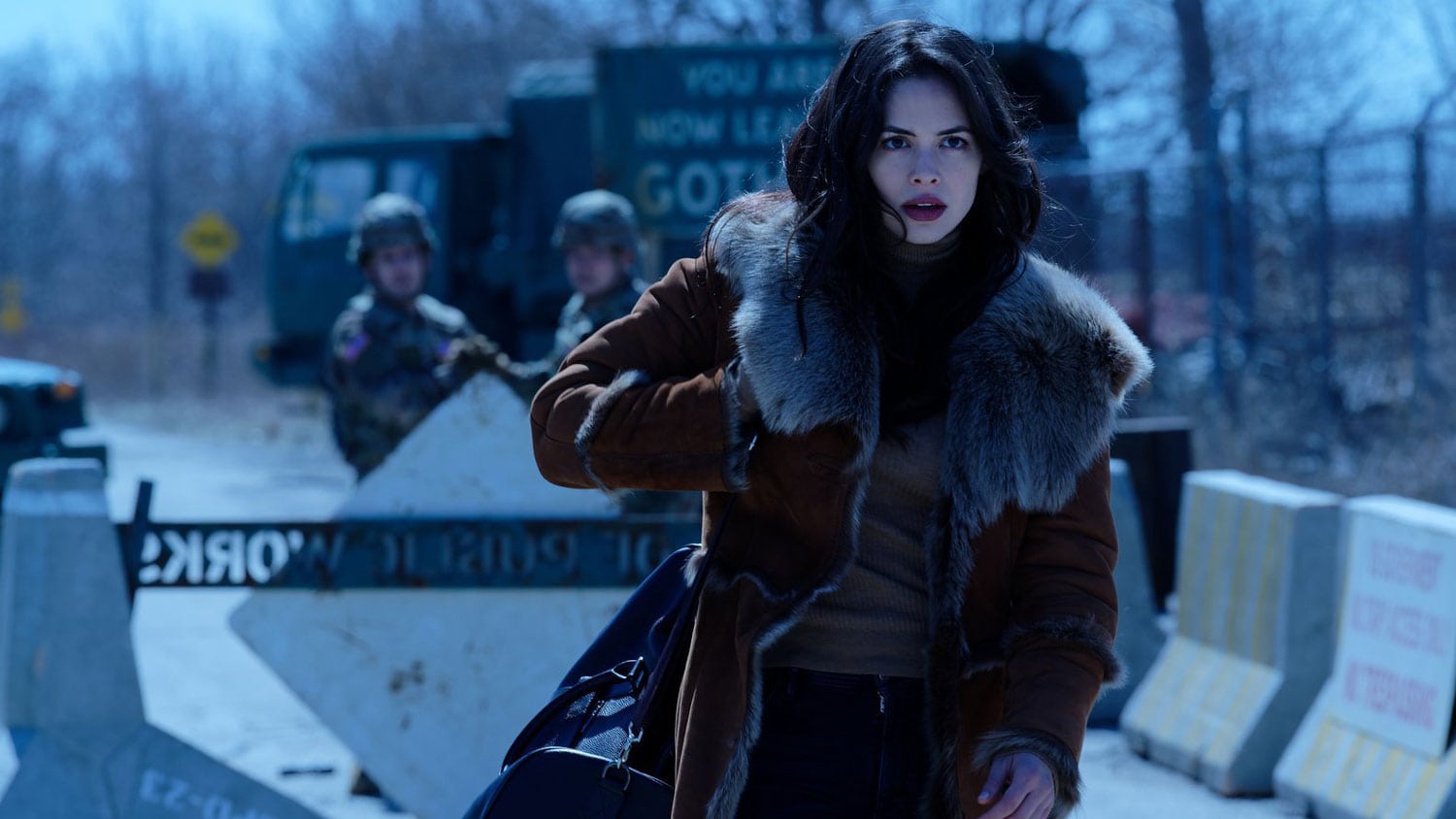 It was nice to see Donna (Conor Leslie) in this episode because it meant that what happened in the previous episode wasn’t going to be left for us to wait to see her turn up.

It was nice to get to spend more time with Donna in general.

It was interesting to see her interact with Lydia, who had been following her.

There is tension between these characters, but there does seem like there is some concern between Lydia for Donna that she doesn’t want to say out loud.

Donna must prove who really came back from the dead by being thrust into a woodland simulation.

Watching Donna complete her trials to prove who she was, was really fun to watch.

We got to see the true power of Donna and what she could achieve.

It is clear that Donna is a leader and it is hinted in this episode that she should lead.

Is this possibly foreshadowing that Donna will come in and become the leader of the Titans and make everything right.

She defiantly has the right characteristics to be a great leader and could she possibly make Jason see the light finally?

I do think she is the character that could make things right. 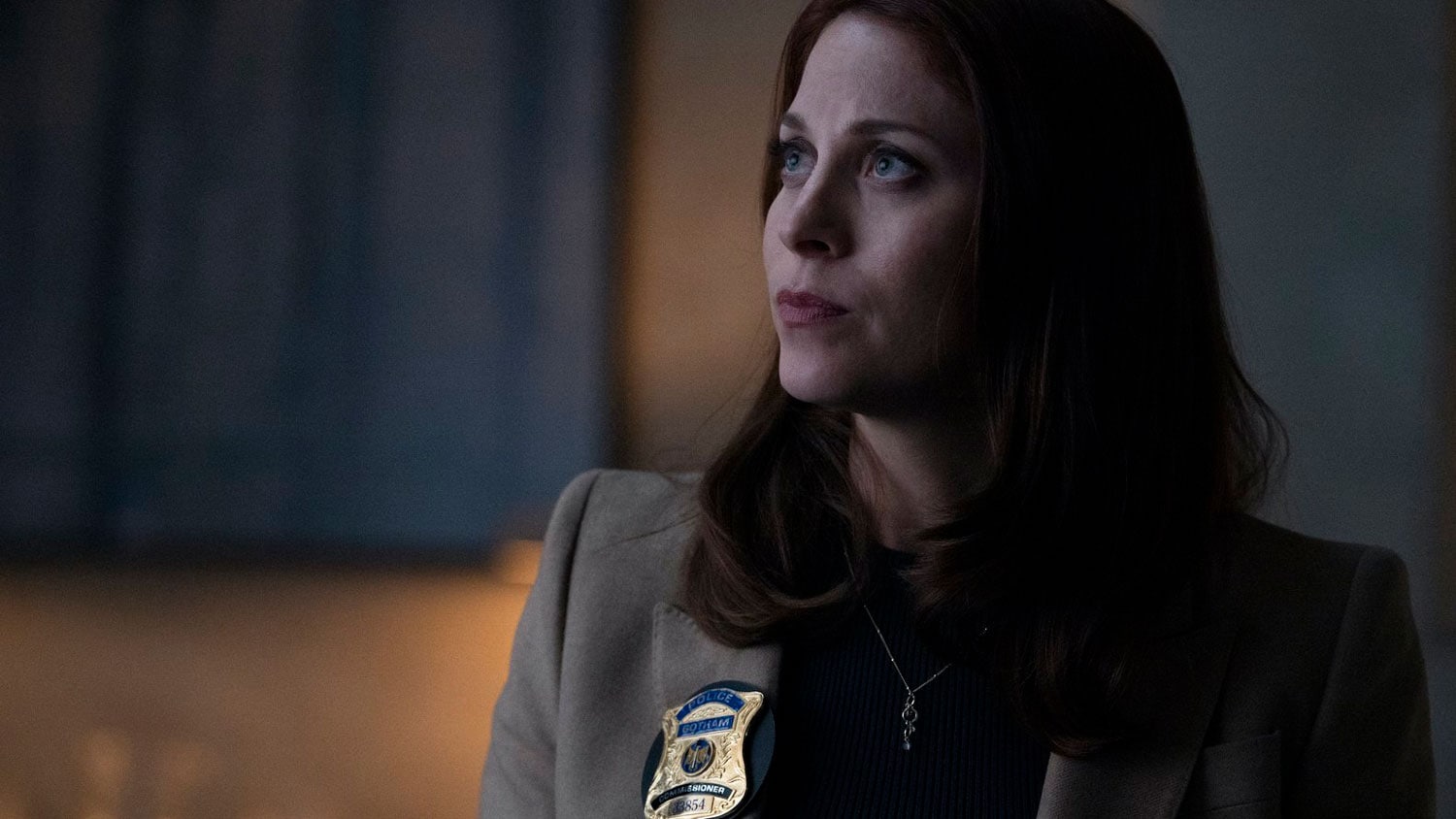 This is truly the lowest the Titans have been and the writers have done such a good job about it.

You think that they have this in hand with a good plan and then something unexpected happens.

Then nothing is going as we’d expect. Everything has gone wrong and it’s hard to imagine how they can make things right.

Seeing Gar (Ryan Potter) and Rachel (Teagan Croft) reunite was sweet, Potter and Croft work so well in scenes together.

However, I do wonder if Rachel knows that Donna is on her way to Gotham.

BLACKFIRE AND STARFIRE END THIS EPISODE AS COMPLETELY DIFFERENT PEOPLE

From the moment we have met Blackfire (Damaris Lewis) it has been said that she was a character to watch out for.

I did think when were we going to see this change?

It was nice watching the romance blossom between Blackfire and Superboy (Joshua Orpin).

I still wonder what will happen to this pair and it’s clear that there are some deep feelings floating between the pair, especially for Superboy, he clearly loves Blackfire.

After their plan goes wrong, Starfire (Anna Diop) tries to heal her sister.

Yet in the process, Blackfire takes all of her sisters’ powers.

This was a shocking moment I wasn’t expecting to see happen.

I have been wondering when Blackfire would go bad and it feels as if that moment is fast approaching.

Lewis has done a good job in this role, and it was interesting as soon as Blackfire had the powers her whole attitude changed.

The sister’s relationship changed in an instant and it may not go back to what it once was.

That depends on the unfinished business Blackfire has and with whom.

\She might try to go back home now she has Starfire’s powers or she may cause more chaos with Scarecrow.

At the moment it is an unknown what she will do, which makes this character exciting to watch. 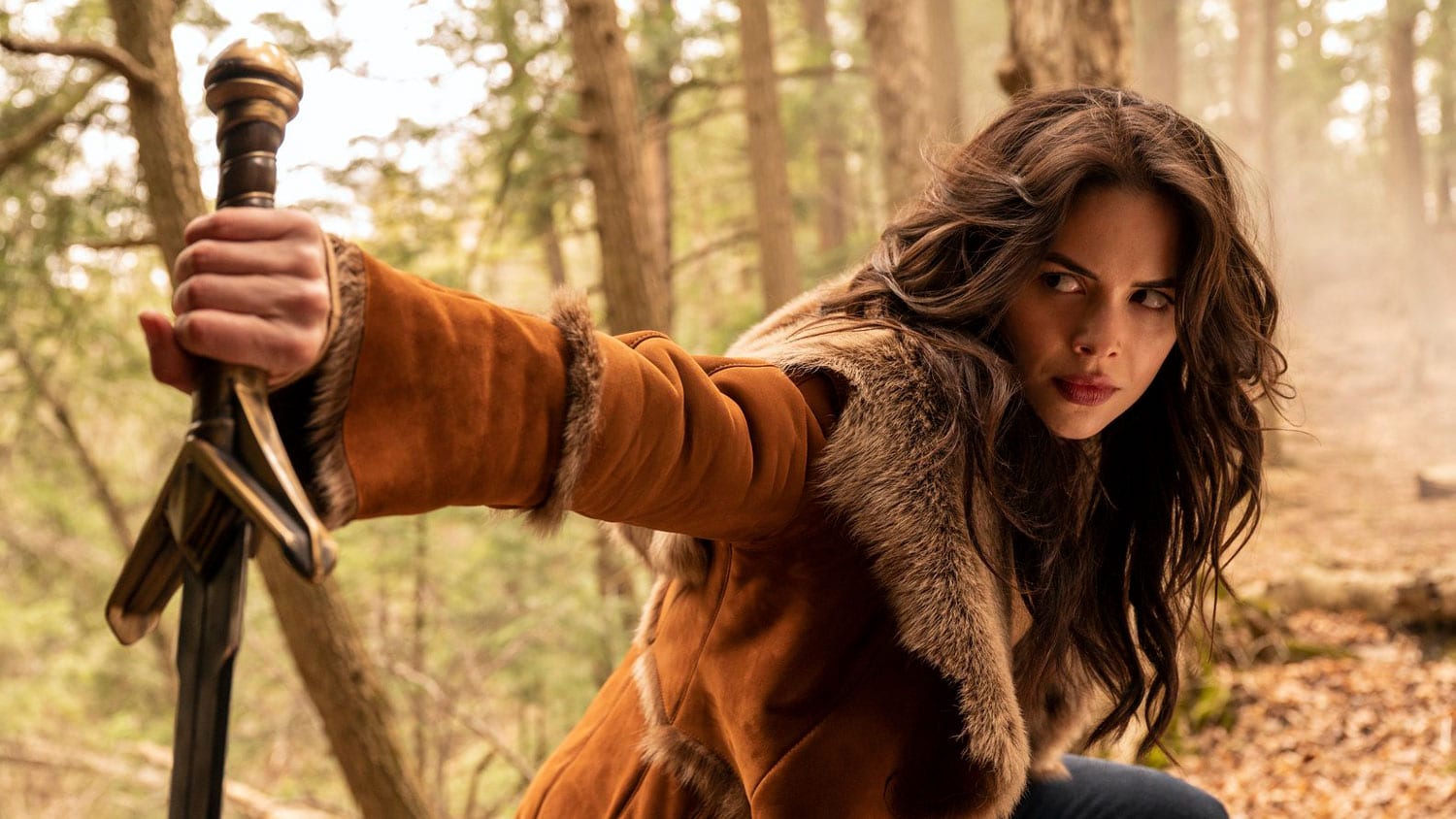 In one episode everything has gone horribly wrong for the Titans and yet also this is the first time that all the Titans are in the same place (except for Dawn) this season.

Scarecrow’s plan is working well and no one knows what to do next.

This was definitely an exciting episode and you weren’t certain what to expect next.

I’m not sure what is going to happen but I’m looking forward to the next episode.

I’m invested to find out what Blackfire is going to do and I wonder when we can expect Batman to show up.

Also, I haven’t forgotten about Tim and I do wonder what has happened to him.