Only Murders In The Building Season 1 Episode 3 Review 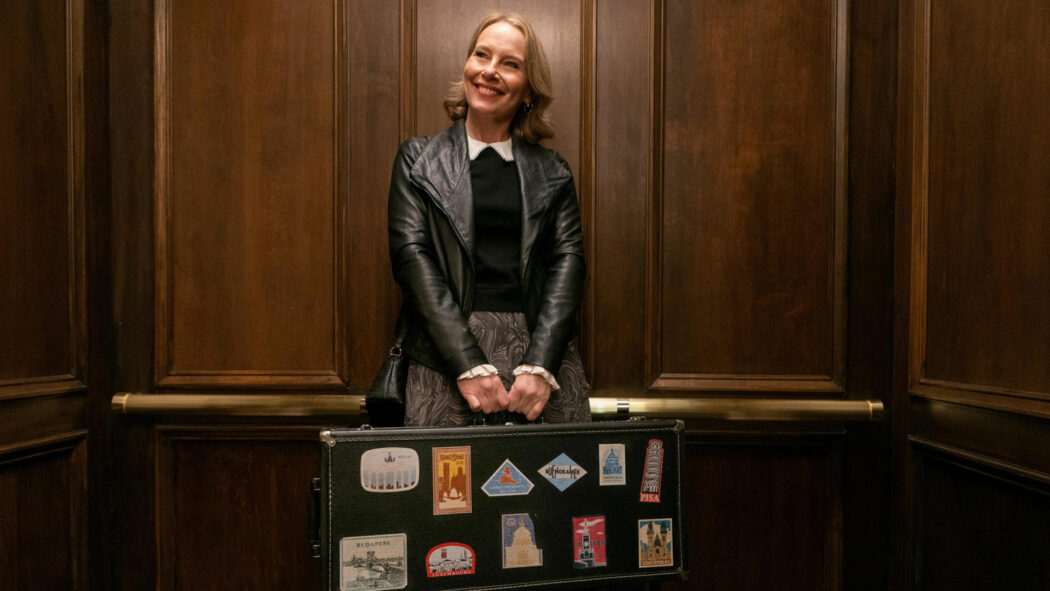 All the neighbours including our three we are following are hiding their own secrets.

It was nice to get to spend some time with Oliver and learning more about why he has family issues.

While it was fun and hilarious to spend some more time with Howard.

So far, each episode of Only Murders In The Building has been getting better and better and the comedy has been improving too.

IS ONE OF THE NEIGHBOURS THE MURDER?

In this third episode, we see some of Oliver’s failures but also the relationship with his now ex-wife.

After learning about the connection between Mabel (Selena Gomez) and Tim (Julian Cihi), this episode now focuses on the other residences in The Arconia.

All of them are believed to be suspects in the death of Tim Kono. Oliver (Martin Short) and Charles (Steve Martin) are given multiple files that contain many complaints from the neighbours towards Tim.

These files could lead us to figure out who is the murder if they are a neighbour.

This episode is a lot funnier than the previous two episodes.

There are two instances that stand out to me, which I found really funny.

The text conversation between Charles and Mabel, with Charles struggling to know how to text, feels very genuine but it is quite funny with the option he chooses.

There is a friendship forming between this pair which is nice to watch blossom, but I do wonder can this friendship last when Mabel’s past with Tim is revealed.

CAT IN THE FREEZER WITH STEVE MARTIN IS COMEDY PERFECTION

Charles, Oliver and Mabel try to condense down their suspects.

It is interesting that the mysterious hooded figure is mentioned again but no one has any idea who it could be.

A part of me thinks the hooded figure isn’t a neighbour but someone who is either connected to the murder of one of our trio.

It would be interesting if the hooded figure was someone to do with Charles as he is the one who saw them.

My favourite scene of this episode is the scene where Charles and Mabel try to interrogate Howard (Michael Cyril Creighton).

In this episode of Only Murders In The Building, Howard is seen as the main suspect because his cat died the same night as Tim.

Howard even reveals that Tim was always upset about something and his temper had gotten worse in recent weeks.

Immediately I think all of this has to do with Oscar getting out of jail and he is upset with how things were left with Mabel.

Tim also had lost his job. I found it funny that Howard thought that Tim poisoned Evelyn.

However, what made me laugh out loud was when Charles found Evelyn in the freezer.

I was a really unexpected moment, played really well by Steve Martin.

That one moment showed the potential this show has to be really funny, they just need to hit the right notes every time.

I think it’s clear that Howard isn’t the murderer but I do hope we get to see more of him. Creighton really does add the comedy element at the moment, it is always his scenes that are the funniest.

WHO COULD BE TIM’S FIANCE? 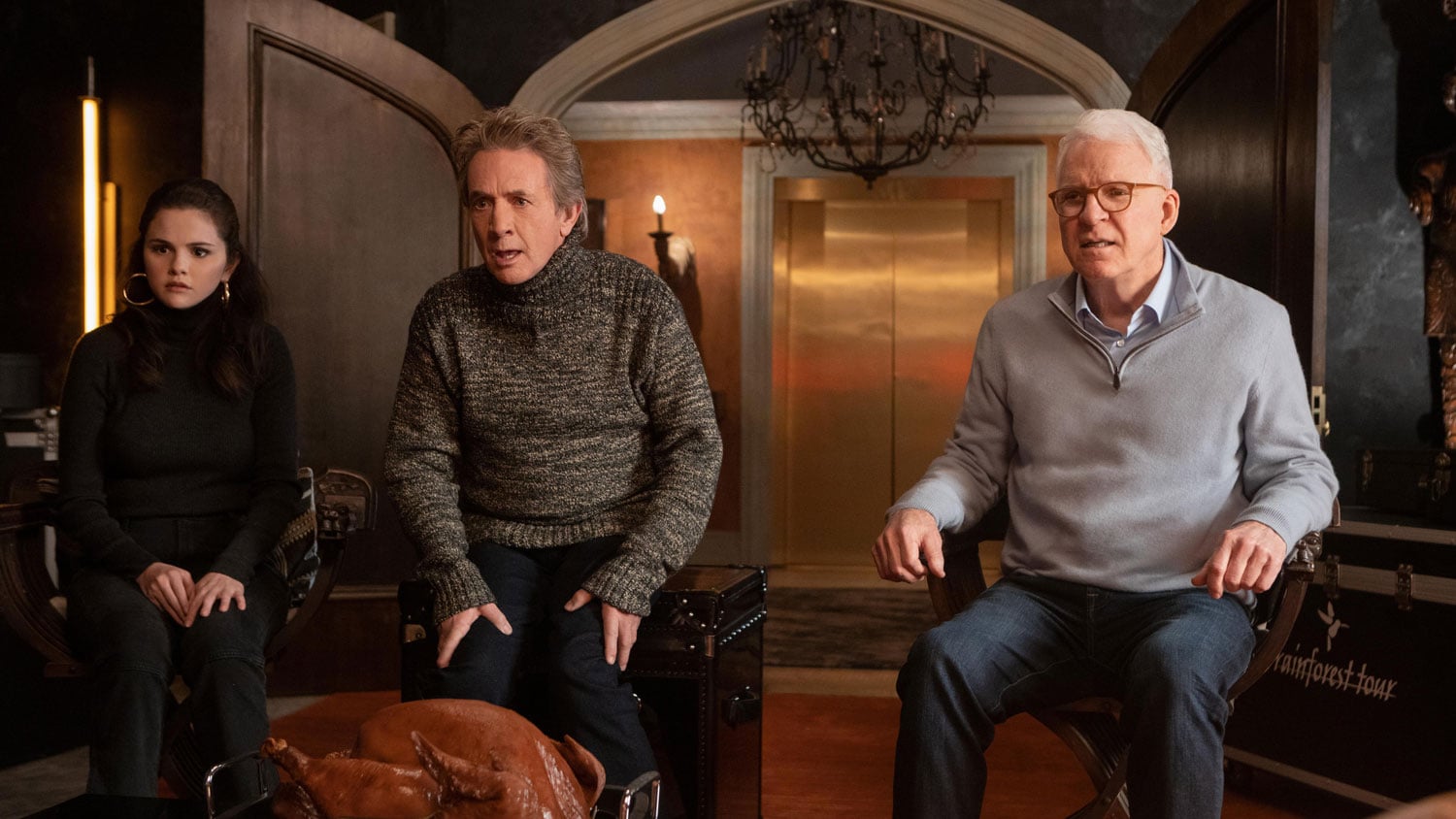 Alongside that, we are still on the lookout for who was Tim’s fiancé.

We found the ring he was going to give her yet there is no sign of her.

I do think that either the ring is fake or stolen, but at times I have thought what if that ring was meant for Mabel.

I do feel like there was some form of romance between these two characters, so what if that ring was meant for Mabel but things went wrong between the pair.

However, this ring could be something to do with Oscar or Zoe.

I hope we learn more about the possible fiancé or learn who the ring was intended for.

Also, we are introduced to another new character in this episode.

Jan (Amy Ryan) is a professional bassoon player, who strikes a possible romance with Charles.

I wonder if Charles does try to pursue anything will his past relationship be brought up that was mentioned in the first episode.

We only spent a few minutes with Jan but she must have some significance to be acknowledged so early on in the season.

This leads me to question if she could be the murderer.

However, we have only just met her, we still need to learn more about her.

ONLY MURDERS IN THE BUILDING FINALLY FEELS LIKE IT HAS FOUND ITS FEET!

We end this episode on a good cliff-hanger but it also shows the darker side to this show.

Mabel, who is still going through Tim’s belongings finds a note with a date on it.

There is just a week to go until that date in the show, so now it raises the question of who was Tim going to meet and will Mabel go.

Part of me thinks this is to do with Oscar but it could be something to do with potential new work.

Also, Oliver finds a note on his door which tells him to end the podcast or he will face the same ending as Tim.

When he enters his apartment, his dog appears to be ill from a bone she has been eating.

This ending leaves us wondering, what will Mabel do?

Considering she also hasn’t told Oliver and Charles anything about this extra information.

While we assume that whoever tried to poison Oliver’s dog Winnie, killed Howard’s cat, Evelyn.

This episode of Only Murders In The Building really shows us how great this season could be.

It had everything, humour, great performance but still kept us on our toes with things we didn’t expect.

It is hinted that Sting might have more involvement in this murder but I feel like that is to just show off that he is in the cast.

Only Murders in the Building finally feels like it has found its feet, and I hope it stays at this level.