Only Murders In The Building Season 1 Episode 4 Review 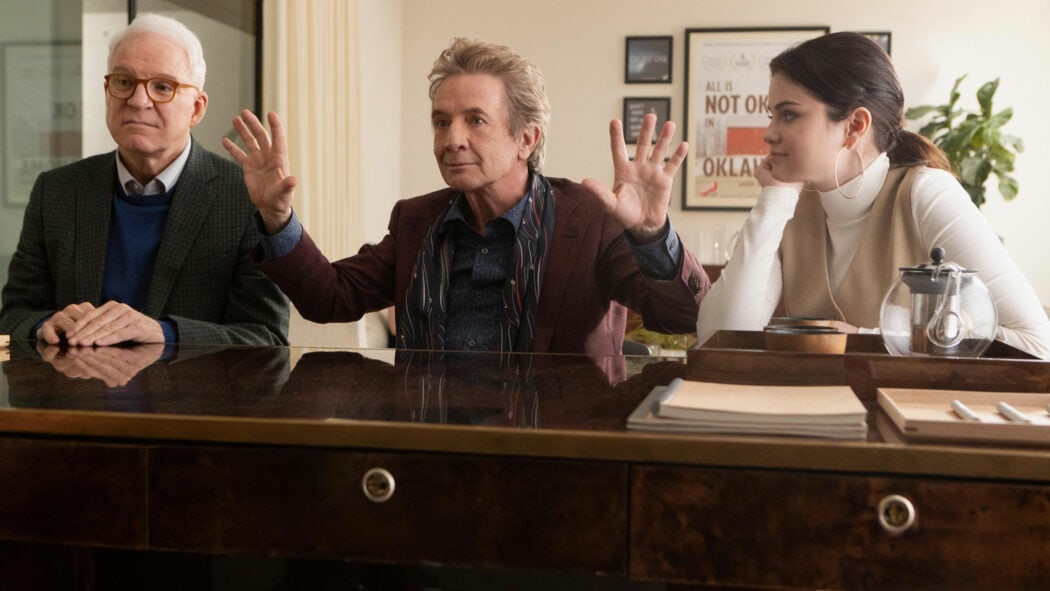 We are now four episodes in of Only In The Building on Disney Plus and it doesn’t feel as if we are any closer to discovering the real killer of Tim Kono.

However, we get to finally learn about Charle’s past and the mysterious Lucy.

While our trio also suspects that Sting is involved in the investigation in some way, and they try to find a way to confront him.

CHARLES GOES ON A DATE WITH JAN, BUGS BUNNY AND PORKY PIG!

From the first episode, there has been mentions of someone called Lucy that was a big part of Charles (Steve Martin) life.

In this episode of Only Murders In The Building, we finally get the answers we have been waiting for and get a deeper insight into Charles.

After some very awkward flirting in the lift, Charles and Jan (Amy Ryan) end up on a dinner date.

It’s very clear that Charles struggles to open up and finds questions about his life uncomfortable, this results in a bad date.

It’s only when he realises that he needs to open up and share if he is going to ever find someone and not be alone.

Charles finally opens up and we finally get to understand why Bugs Bunny and Porky Pig have been haunting Charles for the entire episode.

Martin and Ryan feel very natural together in scenes, their characters may end up being good for one another.

I would be surprised if Jan got involved in the murder investigation, but if Charles got hurt, she may get involved.

I want to count her out as the murderer.

WHO IS LUCY? SHE IS FINALLY REVEALED

The Lucy bombshell reveal came a lot earlier in the season than I expected and was quite an emotional moment.

It’s interesting to see Charles in a father-figure sort of way; he wanted to provide stability for this child but her mother didn’t like it.

It’s now clear how broken Charles is because he really tried his best to do the right thing; he loved this girl.

However, Lucy and her mother did live with Charles in the building so could Lucy be the tie-dye person?

That is just a complete guess but she was in the building and at some point, she may have bumped into Tim at some point.

It’s a possibility but I would be shocked if she had anything to do with his death.

I kind of want to see Lucy turn up and speak to Charles, it’s obvious he misses her and I think it would be really interesting to watch that interaction.

The Lucy reveal was a shock but a nice shock, but I kind of want to find out more now, like what happened to her after.

CHARLES, OLIVER, MABEL HAVE A FANGIRLING MOMENT IN ONLY MURDERS IN THE BUILDING 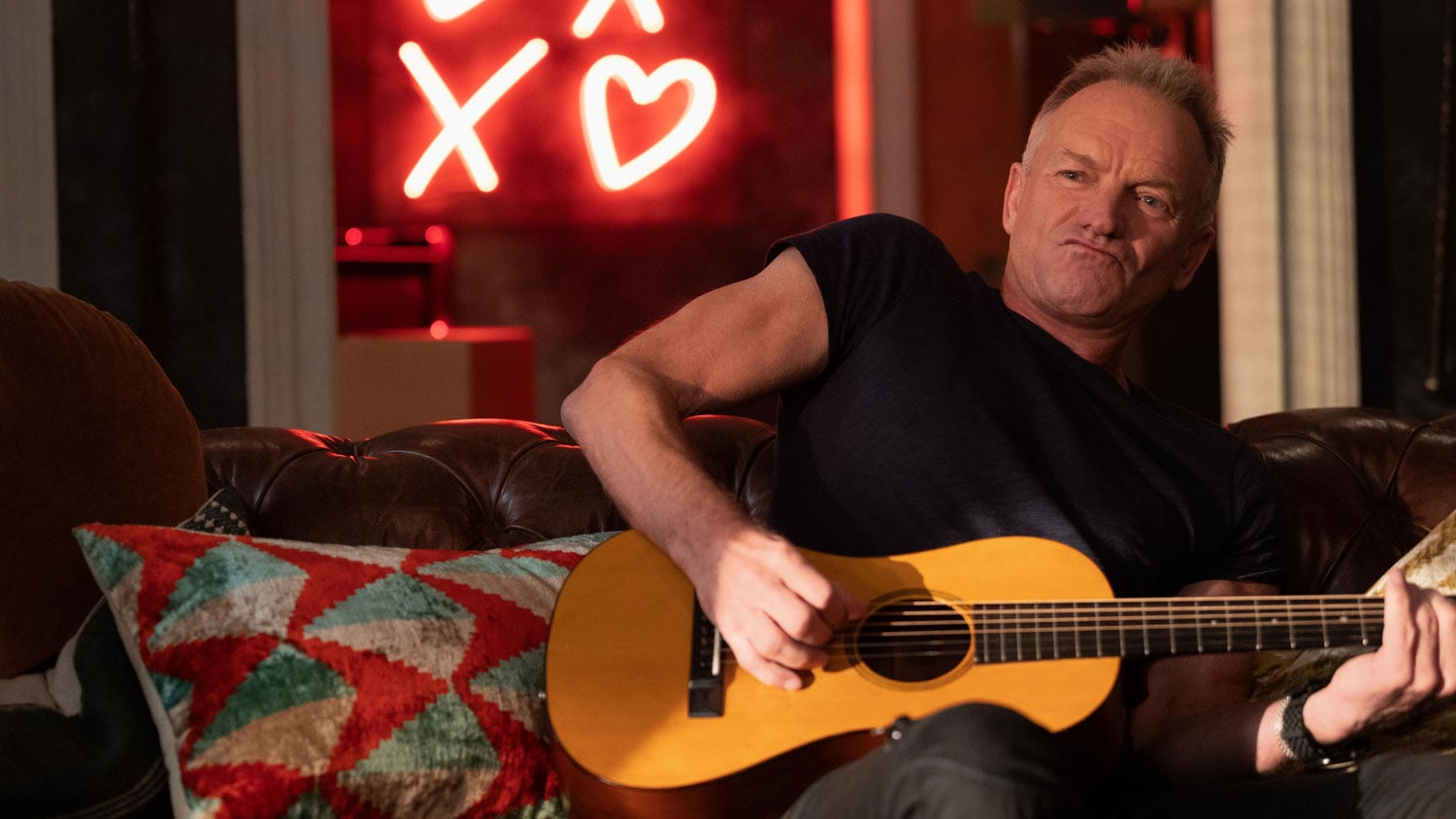 They were all fangirling over her, while also trying to pick her brains to help them with their investigation and the podcast.

What I didn’t expect was the voiceover we hear throughout the episode is Canning, she is narrating the murders podcast in the future.

However, has she stolen the idea from the trio or can we guess that something terrible happens to them all.

Especially as her version is called ‘Only Murderers in the Building’, could this be hinting that there is more than one murderer in this investigation.

It was a very clever way to end the episode, on a real cliff-hanger and pulls you in making you want to watch the next episode.

MABEL IS STILL HIDING THE TRUTH FROM CHARLES AND OLIVER BUT COULD LEAD HER INTO MORE TROUBLE?

Mabel is still hiding everything she knows about Tim from Charles and Oliver.

It can’t be surprising that Oliver and Charles finally find out from someone else her connection to Tim.

However, what doesn’t make sense is Zoe’s death, it happened at the Arconia on New Year’s Eve and both Charles and Oliver lived in the building at that time.

Surely, they must have heard something about it and Tim’s friends considering he lived there all his life.

Something isn’t adding up, Charles and Oliver seem too oblivious to Mabel’s previous presence at the building, considering she used to be there a lot.

Mabel is defiantly still keeping her cards close to her chest and yet she seems to enjoy spending time with Charles and Oliver.

Thus, I wonder would she have ever told them the truth. It seems that the trio are becoming great friends and yet Mabel is technically leading a double life with them.

Selena Gomez is really great in this role; she plays Mabel perfectly and we are intrigued to find out what her next move is.

Unfortunately, because Mabel hasn’t told the men of her ideas and plans if she gets into trouble there will be no one to help her.

Also, Charles and Oliver may struggle to trust her if she does come clean.

STING IS ACCUSED AND MABEL’S PAST IS DISCOVERED 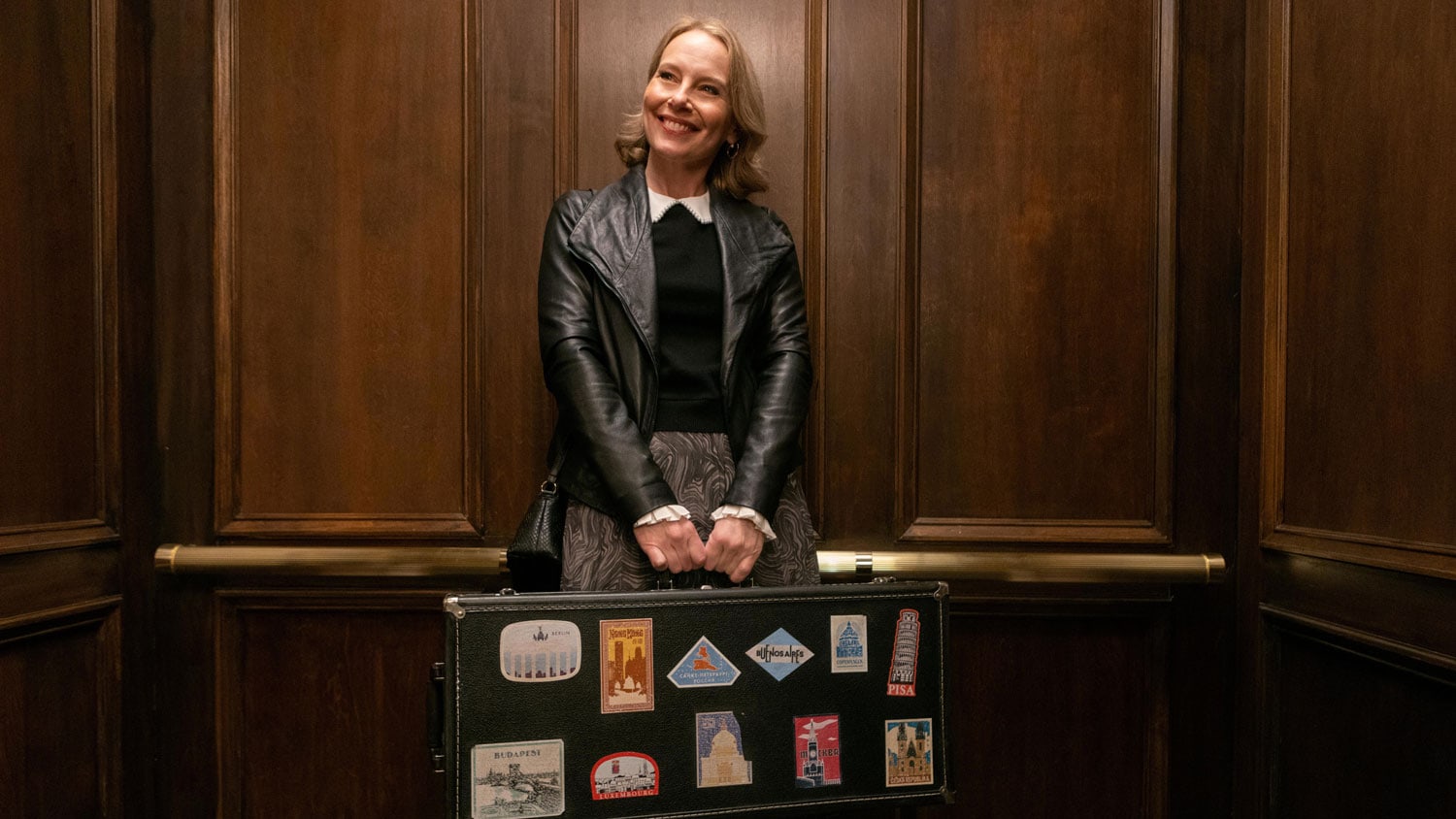 This episode is titled Sting so it would be silly not to mention him in this review.

He only has one scene in the entire episode and it’s an ok scene.

We watch Sting cry, scream and sing. Sting feels personally responsible for Tim’s death because he fired him and told him to kill himself.

Sting was never going to be the murder and it felt a bit silly that he was even thought of being it.

Personally, I don’t really see why he was blamed; it wasn’t that interesting to watch.

Suspicions are running high now about who could be the killer.

It feels like it has something to do with the mysterious tie-dye guy however we don’t have the faintest idea who that could be.

Yet they do give off very creepy and unsettling vibes.

It could be Oscar who got out of jail recently or it could be one of the neighbours.

We have now gotten to know the heartbreak Charles has suffered and were left on a really good cliff-hanger that makes you want to watch the next episode immediately.

This episode wasn’t as funny as the previous episode but it was still good and has lots of twists that I didn’t expect.

We end this episode with Mabel being followed by the tie-dye guy and the men now suspecting Mabel of being the murderer.