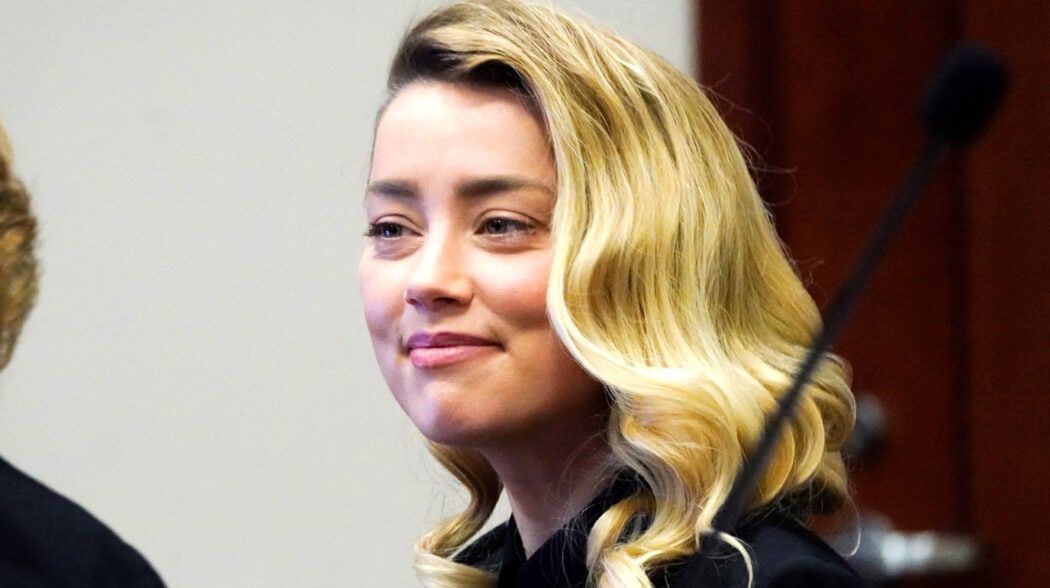 It seems as though many people on the Internet have been led to believe that Amber Heard was in Blade Runner 2049.

This came after a video on YouTube made the rounds on the Internet which was cut in such a way to make you believe that one of Heard’s witnesses and Johnny Depp’s lawyers were referring to Amber Heard being in the Denis Villeneuve movie.

It’s currently been watched over 1 million times on YouTube and people have been sharing it on social media thinking that Depp’s lawyer was mocking her role in the movie.

However, he was, in fact, mocking Ana De Armas’ role in the movie, describing her principal role in the Denis Villeneuve film as a “gigantic billboard”.

Now, I’ve seen the movie multiple times and can say that her role was not just as a “gigantic billboard”.

The ‘expert’ witness in question was Kathryn Arnold and she was described as an “entertainment expert“.

However, given some of her answers yesterday, I’m not so sure that “entertainment expert” is an appropriate title for Arnold.

Her responses were vague and often factually incorrect.

Was Amber Heard in Blade Runner 2049?

One of the things Arnold claimed during her testimony was that Amber Heard’s career was on the same level as the likes of Jason Momoa and Gal Gadot.

That statement was quickly debunked by one of Johnny Depp’s expert witnesses, who went on to reveal that Heard is one of the Internet’s most hated actors.

Intellectual Property Consultant Doug Bania brought in graphs and actual empirical evidence to prove that what he was saying was in fact true.

However, that wasn’t the only way that Arnold made herself look a little bit silly on the stand.

During her testimony, she also claimed that Amber Heard’s career path was similar to that of Ana De Armas’ who starred in Denis Villeneuve’s film, Blade Runner 2049.

Armas’ career in Hollywood was definitely helped by her appearance in the Villeneuve Blade Runner sequel.

However, Johnny Depp’s defence wanted to make it seem as though her role in Blade Runner 2049 was nothing to shout about.

“I believe that [Blade Runner 2049] was the one that we could look at as a marker for her [Ana De Armas], sure,” Arnold said.

Arnold replied saying that she did.

Depp’s lawyer then asked: “Do you know what she did in the movie?”

“It was years ago. I don’t remember exactly what role she played, but she was in the movie and from that her agents used that as leverage to get her more movies,” replied Arnold.

“You have no knowledge that her principal role in that movie was as a gigantic naked billboard?” questioned the lawyer.

Arnold replied: “Are you saying that was the only thing she was? She was a gigantic naked billboard?”

“That was her principal role in that movie,” confirmed that lawyer.

Arnold then said: “I don’t remember the movie well enough to know.”

So, all this to say that no, Amber Heard was not in Blade Runner 2049.

However, I would also argue that Depp’s lawyers were treading on shaky ground by mocking Ana De Armas’ role in the movie.