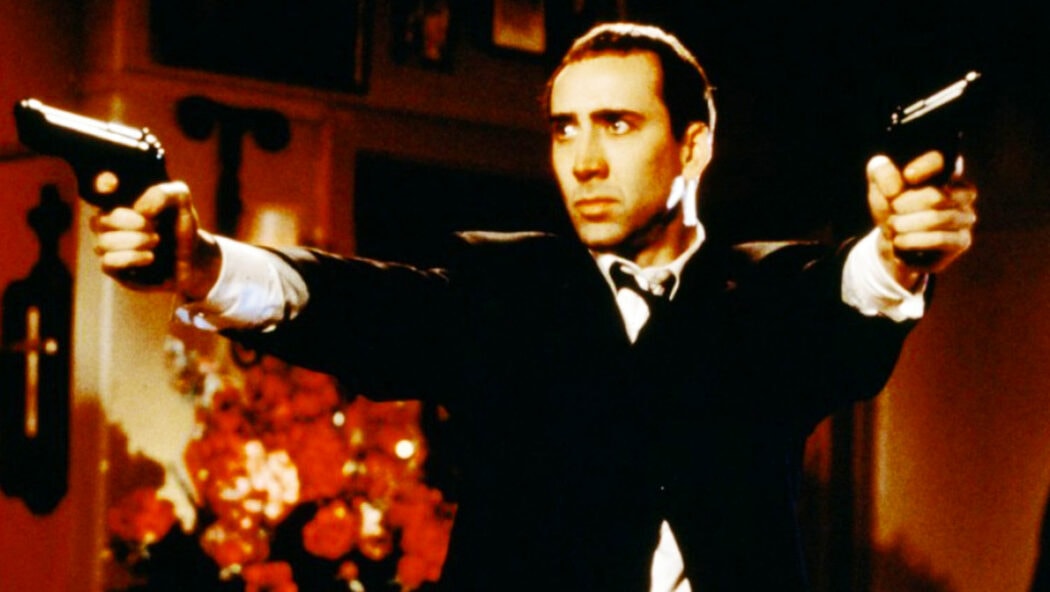 It’s been revealed that Face/Off 2 director and writer, Adam Wingard, wants to get Nicolas Cage to star in his movie, and we think that would be a great idea.

Before we get into what Wingard had to say, we have to mention the fact that we were told about Cage being brought in to star in Face/Off 2 a while back.

We were actually told that both Cage and John Travolta were in talks to star in the sequel.

Wingard revealed that he would love to get Nicolas Cage to star in Face/Off 2 during an interview with Empire Magazine.

Here’s what he had to say when he was asked whether Cage would be brought in for the sequel:

A couple of years ago, the studio maybe would have wanted a hot, young, up-and-coming actor or something. Now, Nicolas Cage is one of the hottest actors in Hollywood again.

I was quite surprised when I heard that a Face/Off sequel was in the works.

However, when it was revealed that Adam Wingard would be directing and writing the movie, I thought that there’s hope for this sequel.

There’s also the fact that Nicolas Cage’s character, Castor Troy, was presumed dead at the end of the original movie.

But Wingard thinks that Cage should really return for the sequel.

He’s just having such a moment. Even before Pig came out, we saw this as a Nicolas Cage movie. That’s become totally the obvious way to go now.

At the moment, Cage is yet to officially sign on to the project, but it’s said that Face/Off 2 producer Neal H. Moritz has spoken to him about a potential return.

He’ll be getting his hands on the script just as soon as Wingard and co-writer, Simon Barrett are finished with it.

“We’re really honing in on it,” said Wingard.

Would you like to see Nicolas Cage star in Face/Off 2?