I’ve had a sort of love-hate relationship with these Godzilla and Kong movies, and after watching Godzilla Vs. Kong, I just couldn’t work out how I felt about the movie. I’ll explain why in a minute.

These Godzilla and Kong films have been pretty interesting to be honest.

I genuinely thought they started off really well with Gareth Edwards’ first Godzilla film, which I still believe is the best film in this franchise.

I know a lot of people were upset with the fact that there wasn’t all that much Godzilla in it. but I felt that it helped to make a bigger impact when Godzilla did turn up.

Then there was Kong: Skull Island which I also enjoyed a lot.

However, I felt that it was not quite as strong as the first Godzilla film.

Then, things took a really sharp downturn for me when Godzilla: King Of The Monsters came out which I just thought was terrible.

I thought the human characters in it were more annoying and illogical than ever before.

I also thought that the movie was a reaction to the fans that didn’t like the fact that there wasn’t ‘enough’ of Godzilla in Edwards’ film.

Honestly, less is more as far as I’m concerned.

Yet, the franchise was really trying to give us as much of Godzilla and Kong as they could possibly fit on-screen, along with some other monsters.

I felt this was the wrong direction to take, especially as far as Godzilla: King Of The Monster’s concerned because it just got really boring to watch.

I think Godzilla Vs. Kong is somewhere in between.

OK, before carrying on with this review, I just want to warn you that there are SPOILERS for Godzilla Vs. Kong coming up

Warning: SPOILERS for Godzilla Vs. Kong in this review

Read more: The First Trailer For Godzilla Vs Kong Has Been Released And Fans Loved It

Of course, the movie is called Godzilla Vs. Kong, therefore you need to have a lot of those two monsters on-screen.

I actually think the fights in this movie, especially the ones between Godzilla and Kong, are really effective and impactful.

I also loved the fact that they did more scenes in daylight, which is pretty hard to do from a CGI perspective.

The main reasons why many of these monster fights took place at night and in the rain in the past is because it makes it easier for the VFX teams.

There are a few fights in Godzilla Vs. Kong that do take place at night, but there are also some daylight ones which I really appreciated.

One thing that they opted to do was use lighting in a really interesting way.

In some of the battles, they used neon lighting: blue for Godzilla and red for Kong.

I actually think this really worked and gave the fights another dimension and made them a lot easier to follow.

We don’t suffer from the Transformers issues in this movie.

We can clearly see what’s going on and we immediately know who’s who in the fight.

The Godzilla Vs. Kong fights are brilliant

Read more: Godzilla Vs. Kong Has Been Delayed Until 2021 By Warner Bros. Pictures

So, this film really does succeed as far as the monster battles are concerned.

I’d argue that they are the best they’ve ever been in this franchise.

So, I would say that Adam Wingard and his team really deserves a lot of credit in that department.

It’s also a vital part of the movie, so that’s good.

However, there is one huge issue with this film that I just cannot forgive.

The film is literally rubbish the minute the two monsters aren’t in it.

This franchise has really struggled as far as its human characters are concerned, and they are at their very worst in Godzilla Vs. Kong.

I really thought they couldn’t get any worse than they were in Godzilla: King Of The Monsters, but they really did.

You could get rid of the human characters entirely and the film would be better and also probably make more sense. 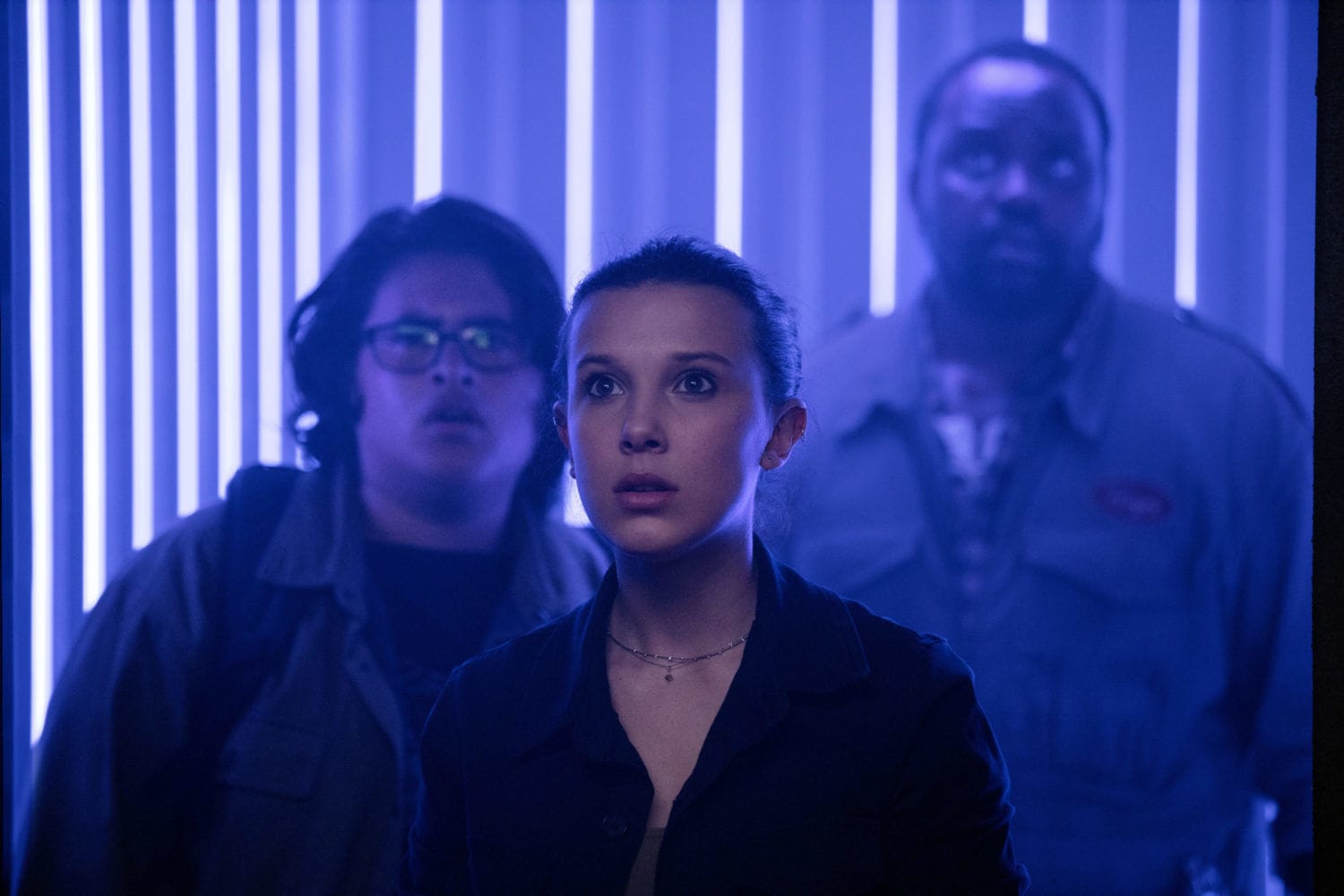 Read more: Godzilla Vs Kong Has Been Delayed By A Week By Warner Bros. Pictures

I really hated the whole Millie Bobby Brown storyline in this movie.

It was totally and utterly useless.

So, she’s back as Madison in the movie, and she goes off with her new friend Josh (played by Julian Dennison) in search of Bernie (Brian Tyree Henry).

Bernie is a janitor who works at a company called Apex and also runs a podcast in which he attempts to expose what Apex is really up to.

This whole storyline could have been removed and the film would have actually made more sense.

I genuinely think that the writing in this movie is pretty abysmal.

There are characters that aren’t needed, there are bits of the plot that could have been removed entirely.

It’s just a mess whenever we leave the chaos that is Godzilla and Kong fighting one another.

Also, you look at this film’s cast list and you think, “boy, this movie’s got loads of stars in it”.

Half of them could have been cut from the film and it wouldn’t have mattered.

Lance Reddick, Kyle Chandler, Eiza González, Julian Dennison and even Millie Bobby Brown didn’t need to be in the film.

This franchise really gets the human characters wrong 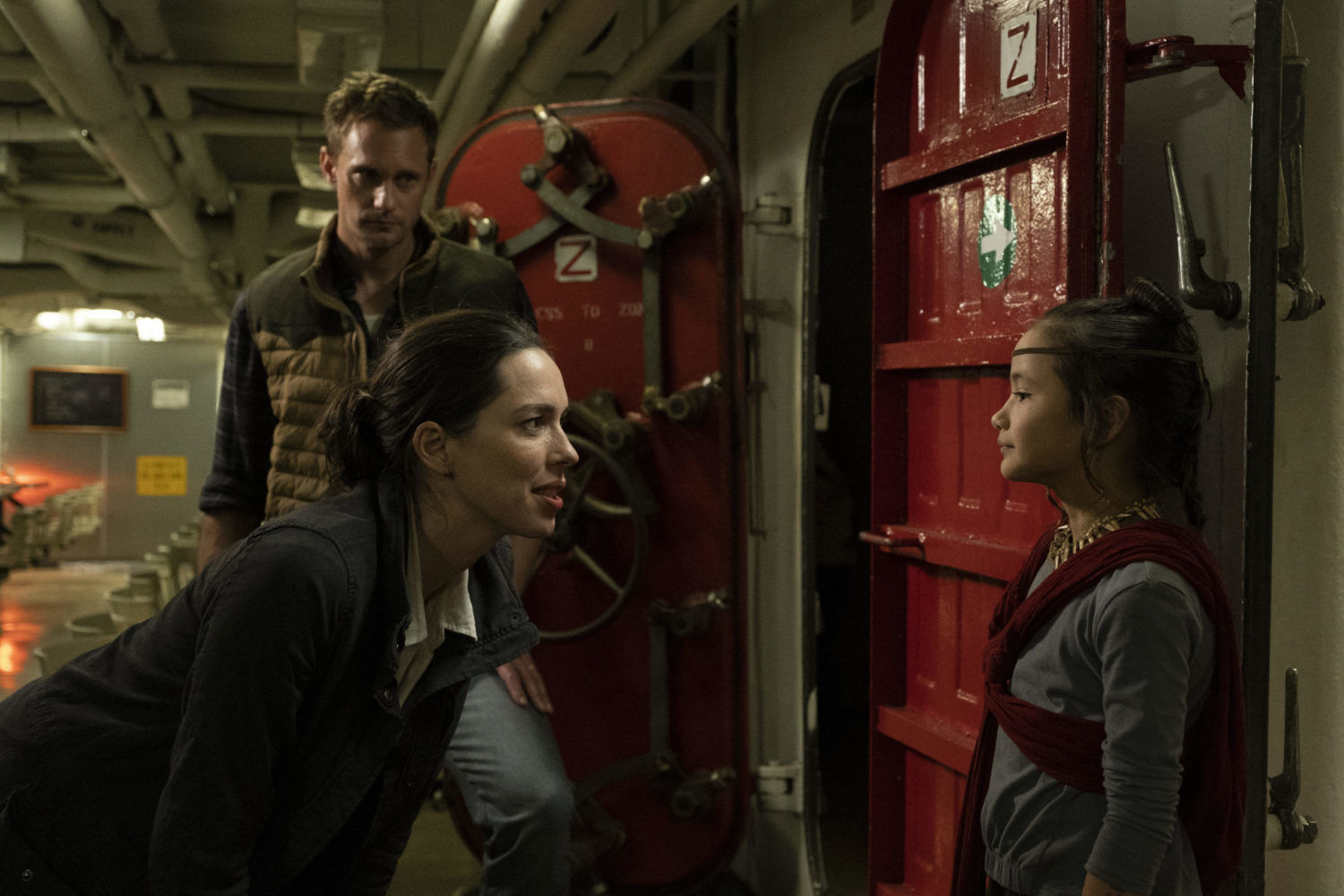 Read more: Could Godzilla Vs King Kong Be Coming To Netflix?

Lance Reddick literally has one line in this movie!

Kyle Chandler does nothing in this film!

Julian Dennison is probably the most useless out of the film’s supposed main characters.

It’s just really frustrating that this film gets the human characters so wrong.

I genuinely believe that there hasn’t been an interesting human character in this franchise since Bryan Cranston’s Joe Brody in the first movie.

It’s a shame because apart from the human characters, and everything they get up to in Godzilla Vs. Kong, the film is pretty good.

It gets the main part right, which is Godzilla and Kong fighting.

The rest of it is just a bit crap really.

What did you make of Godzilla Vs. Kong?