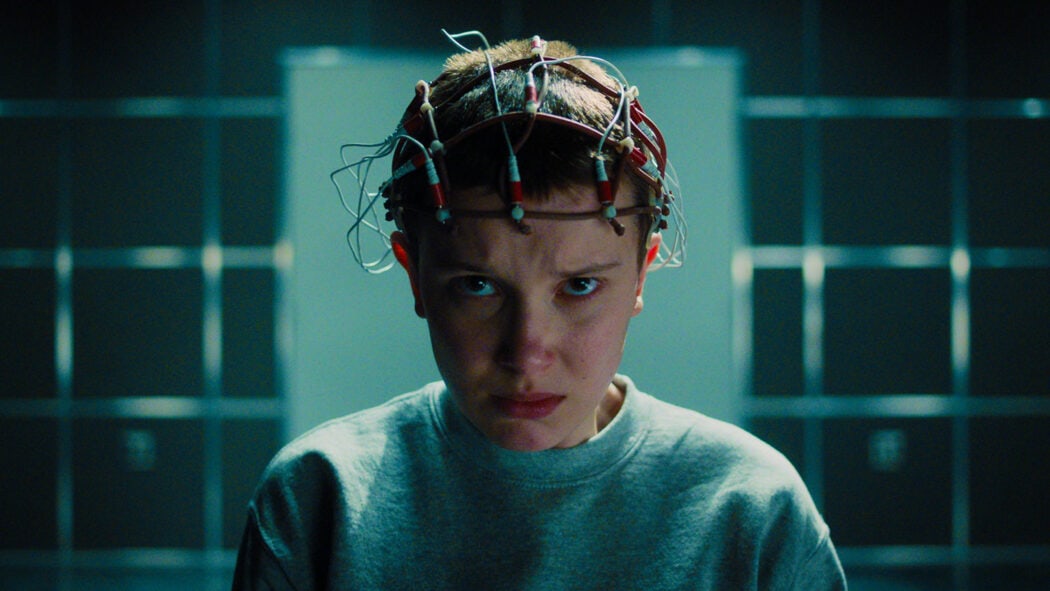 A new teaser for Stranger Things Season 4 Volume 2 has been released at Netflix’s Geeked Week and we cannot wait to watch the second part of the show’s fourth season!

Here at Small Screen, we are gaga about Stranger Things!

It’s easily one of the best shows on all of the streaming platforms.

It’s been going now for four seasons and the first part of Stranger Things Season 4 was released not too long ago.

Season 4 has already broken a load of records over at Netflix and people are eagerly awaiting for Volume 2 to be released.

Well, we’ve now got a very short teaser for Stranger Things Season 4 Volume 2 which you can watch for yourselves below.

In the teaser, you can hear Venca saying the following line to Millie Bobby Brown’s Eleven:

It is over, Eleven. You have freed me. You can’t stop this now.

So, it sounds like in Volume 2 of Stranger Things Season 4, we’re going to get to see Eleven go up against Venca.

Towards the end of the first volume of Season 4, we found out that the kind orderly was actually number 1, and he turned out to be a murdering psychopath.

It was also revealed that he was Victor Creel’s child – the one we all believed was dead after having been tormented by Venca.

Well, it really seems as though Stranger Things Season 4 Volume 2 is going to step things up a notch.

The second part of Season 4 will be landing on Netflix worldwide on July 1st!

Are you looking forward to seeing the second volume of Stranger Things Season 4?