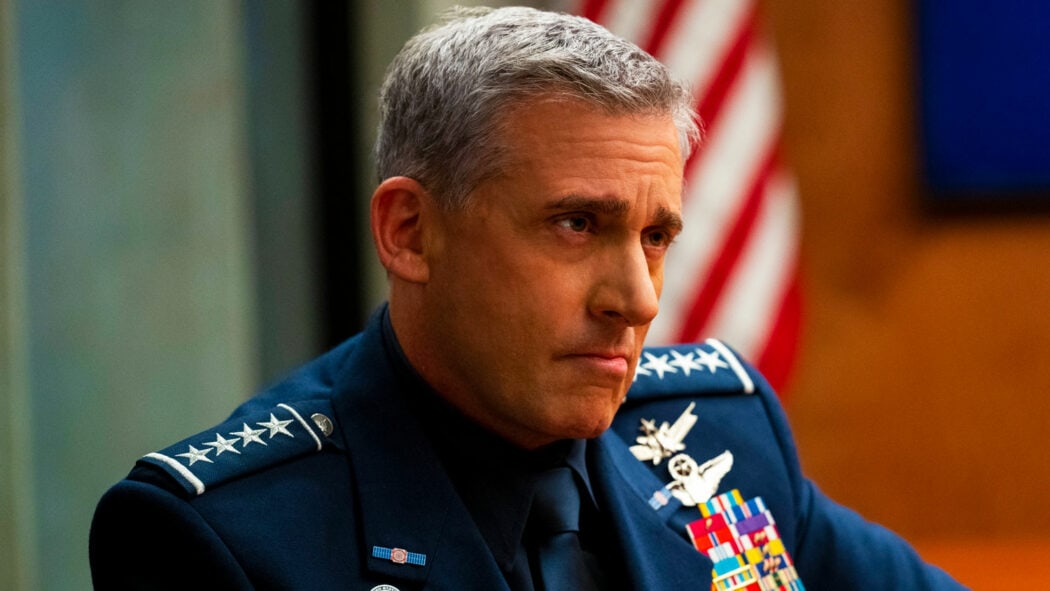 Space Force is no more! Space Force has been cancelled by Netflix after surviving just two seasons which comes as a bit of shock.

This news comes to us via Deadline and we are actually quite sad about this cancellation.

The show starred Steve Carrell and saw him reunited with his The Office producer, Greg Daniels.

The show saw Carrell play General Mark Naird who’s tasked with the mission to get “boots on the moon” by 2024, per the president’s orders.

The show was very much inspired by President Trumps attempts to do exactly the same thing when he was in office.

This news comes after it was revealed that Netflix had also decided to cancel Raising Dion after just two seasons.

That show was executive produced by Michael B. Jordan and he actually cameoed in the first season of that series.

There was a point when Netflix was reportedly thinking of not picking up the show for a second season.

They eventually did and tried to boost the second season’s stats a bit by promoting the series a bit more than they did on the first season.

However, it seems as though those efforts were in vein as the second season failed to move the viewership numbers up in any real way.

It only debuted in the number eight spot in Netflix’s Top 10 TV shows list, which is not good at all.

It then moved up to seventh, but it seems as though Netflix subscribers have been opting to watch more shows not-in-the-English-language such as The Marked Heart and Business Proposal.

That said, Ozark’s final season has been doing very well on the streamer.

Were you hoping to see Space Force Season 3 on Netflix?