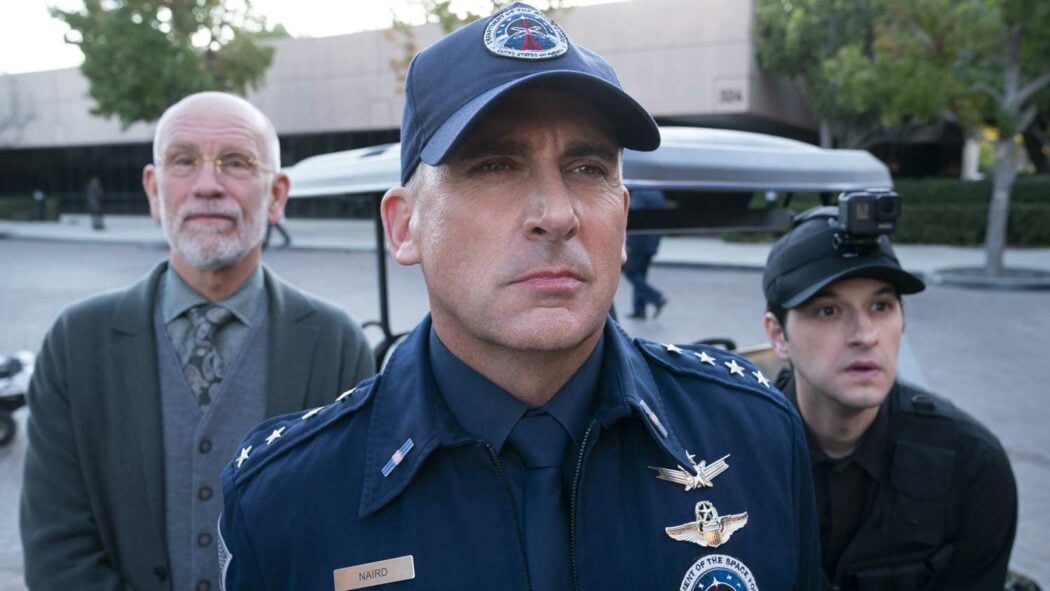 The countdown for to launch with General Naird and crew has begun, as Netflix has announced the premiere date for Season 2 of Space Force. Thanks to a tweet that was posted on the official Rotten Tomatoes account, they unveiled a poster for the new season.

Not even gravity can keep them down.

We cannot wait to see what’s going to happen in Space Force Season 2. The first season was actually really good, and I think rather underrated, so I’m glad to see that Netflix has gone ahead with Season 2.

Will season 2 of Space Force fare better with critics?

Created by Steve Carrell and The Office (US) showrunner Greg Daniels, the first season of the show arrived in Summer 2020. The response to the show was somewhat muted upon its release.

Per the request of the President, the Space Force is tasked to get “boots on the moon” by 2024. John Malkovich, Ben Schwartz, Tawny Newsome, Diana Silvers, Jimmy O. Yang and Don Lake will join Carrell for the cast of season 2.

Season 1 of Space Forceis now available to stream. Season 2 will blast off at Netflix on February 18.

What do you make of this news? Are you excited for Season 2 of Space Force? Let us know your thoughts in the comments below.