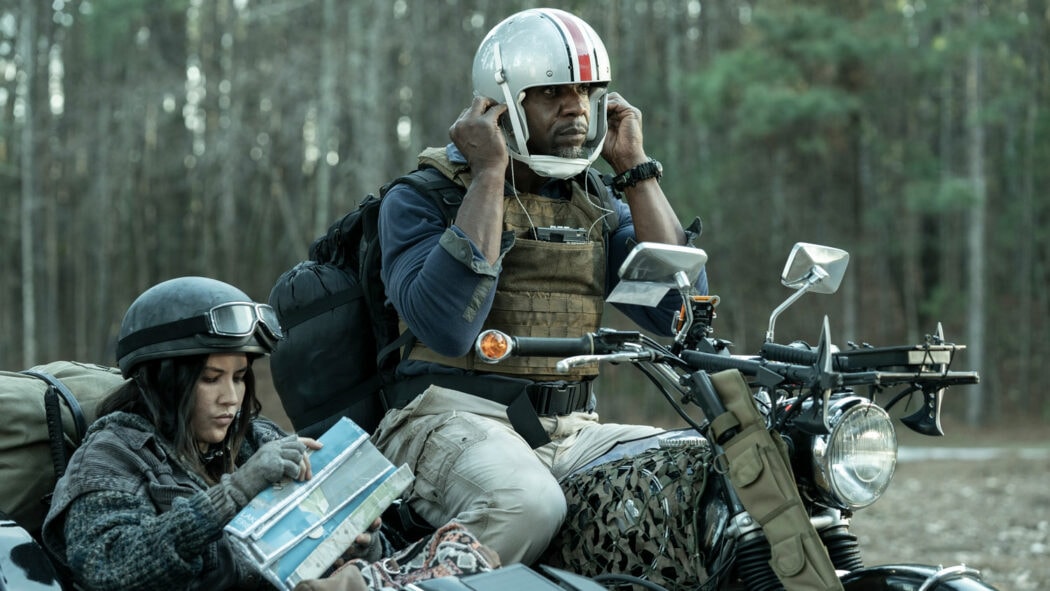 Tales of the Walking Dead is the latest instalment of the horror series created by AMC.

Set in The Walking Dead universe, this series takes place at different points in time within the universe, from the beginning and continuing on throughout the different stages of the original universe.

Some re-appearing original Walking Dead characters will also appear during the different stages of the series such as Dee the Alpha of the whisperers.

Brenda and Gina will be a part of the series which will reference days before when things were normal and running for your life only happened in the movies.

The series introduces other survivors worldwide inside The Walking Dead universe.

AMC has released a small teaser trailer, and in it, we see Terry Crews as Joe and Olivia Munn as Evie.

The pair seem to have their own episode.

Terry Crews and Olivia Munn are starring in a The Walking Dead spinoff!

READ MORE: EXCLUSIVE: Aubrey Plaza Up For The Role Of Spider-Woman In Olivia Wilde’s MCU Movie

The series also has a lighter and possibly more comical tone to it, if the clip from the social media account for the series is anything to go by.

The series looks like it will be six one-hour chapters so far.

Tales of the Walking Dead isn’t the only one that will be in a lighter tone either.

There will also be a spin-off series like Tales of the Walking Dead, but with Darryl, that has yet to have a name.

Darryl will be in Europe and travelling alone, which you can read about here.

There will also be appearances from the likes of Poppy Liu, Anthony Edwards, Daniella Pineda, Embeth Davidtz, Jessie T Usher, and Danny Ramirez, and tons more names too.

Sounds like this next Walking Dead series has some laughs coming our way, along with answers to unasked questions about what happened to everyone else in the world, as a small selection of people can’t be the only survivors in the entirety of the entire world.

Oh, and Terry Crews’ character Joe saved a baby lamb! So there is something!

The clip shows some fairly humorous moments with Crews and Munn’s characters.

Are you excited to see Tales of the Walking Dead?

Do you think that Tales is needed to answer some questions?

What do you think will happen in Tales?