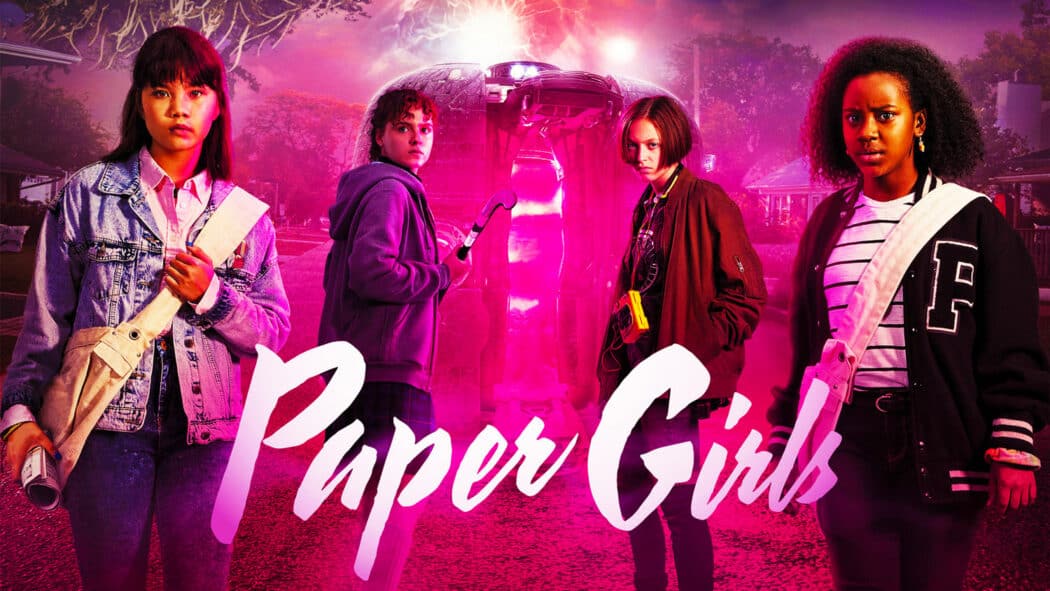 It’s been revealed that there’s a new series which is based on the awesome comic book series, Paper Girls, and we want to know when its release date will be. The series is coming to Amazon Prime Video, and we cannot wait to watch it!

The series is based on a comic book series by Brian K. Vaughan and illustrated by Cliff Chiang. It was published by Image Comics, and I’m going to be totally transparent with you here; it’s one of my favourite comics of all time.

I was so excited when it was announced, and I really can’t wait for the first season of Paper Girls to be released on Amazon Prime Video. But, the question remains, when will that be? Let’s investigate.

When will Paper Girls Season 2 be released on Amazon Prime Video?

READ MORE: Paper Girls Is Going To Be Adapted Into A TV Series By Amazon

So, as for when Paper Girls Season 1 will be released on Amazon Prime Video, it’s actually already been released. The series started premiering on the streaming platform on July 29th.

The television adaptation was officially green-lit on July 23, 2020, and they didn’t take too long to get the series made. So, it’s good news, you can watch Paper Girls Season 1 on Amazon Prime Video right now.

Then, there’s the question of Paper Girls Season 2. Is that happening? If so, when will it be released on the streaming platform? That’s a question that we can’t really answer for you at the moment.

However, if the series performs well on the platform, then I’m sure that Amazon will get moving on a second season sooner rather than later.

What could happen in Paper Girls Season 1 on Prime Video?

Paper Girls is all about a four girls and their discovery of time travel. The series follows Erin Tieng, a new resident of Stony Stream, who is a recently hired paper delivery girl. While out delivering newspapers in the early hours of the morning of November 1, 1988, Erin meets Mac, KJ, and Tiffany, a group of friends and fellow paper girls who invite Erin to join them.

The four girls (the Paper Girls) are soon attacked by a group of teenagers. One of the teens steals a walkie-talkie from Tiffany. The girls subsequently chase the group to a construction house and find what appears to be a time machine in the basement.

They are then struck by mysterious energy emanating from the machine. The girls learn that the teenagers are time travellers from the distant future, who are engaged in an ongoing war with a group known as the “Old-Timers”. At the centre of this conflict is the question of whether or not the past can and should be changed by future time travellers.

The comic book series is bloody brilliant, and it sees the girls being constantly displaced into different time periods, but in the future and in the past. They have to work together to save the world from imploding upon itself.

In the series, they also end up encountering future versions of themselves and they are forced to come to terms with who they will later become. Their lives also become intertwined with those of Wari and Jahpo, two “Old-Timers” who lead the war against their future descendants.

Who stars in Paper Girls on Amazon Prime Video?

Jason Mantzoukas also stars as Grand Father. The series was created by Stephany Folsom who worked on Toy Story 4 and Thor: Ragnarok.

What do you make of this news? Are you looking forward to watching the new Paper Girls series on Amazon Prime Video? Let us know your thoughts in the comments below.