Hope is risking everything and everyone to get Landon back. . . . . again in Legacies Season 3 Episode 8!

While the super squad are all still hurting from MG’s apparent betrayal.

The remains of the squad attempt to rescue Landon from the prison world but obviously not everything goes smoothly.

LANDON IS BACK In LEGACIES SEASON 3 EPISODE 8

After learning that Landon (Aria Shahghasemi) is still alive, Hope (Danielle Rose Russell) tries to rally her friends’ support but MG (Quincy Fouse) gets in the way.

However, Cleo (Omono Okojie) performs her own reckless magic, a bit of dark magic, to summon a Malvore monster in the hope of helping to get Landon back.

She summons the actual Ferryman of the River Styx and after some horrendous singing from Alaric (Matt Davies) which was a personal highlight.

Watching Alaric, Kaleb (Chris Lee) and Cleo singing at this monster is hilarious; it is such a random moment and will defiantly bring a smile to your face.

Somehow this performance is enough and the ferryman agrees to bring Landon back at the last minute.

WHOSE SIDE IS LIZZIE REALLY ON? 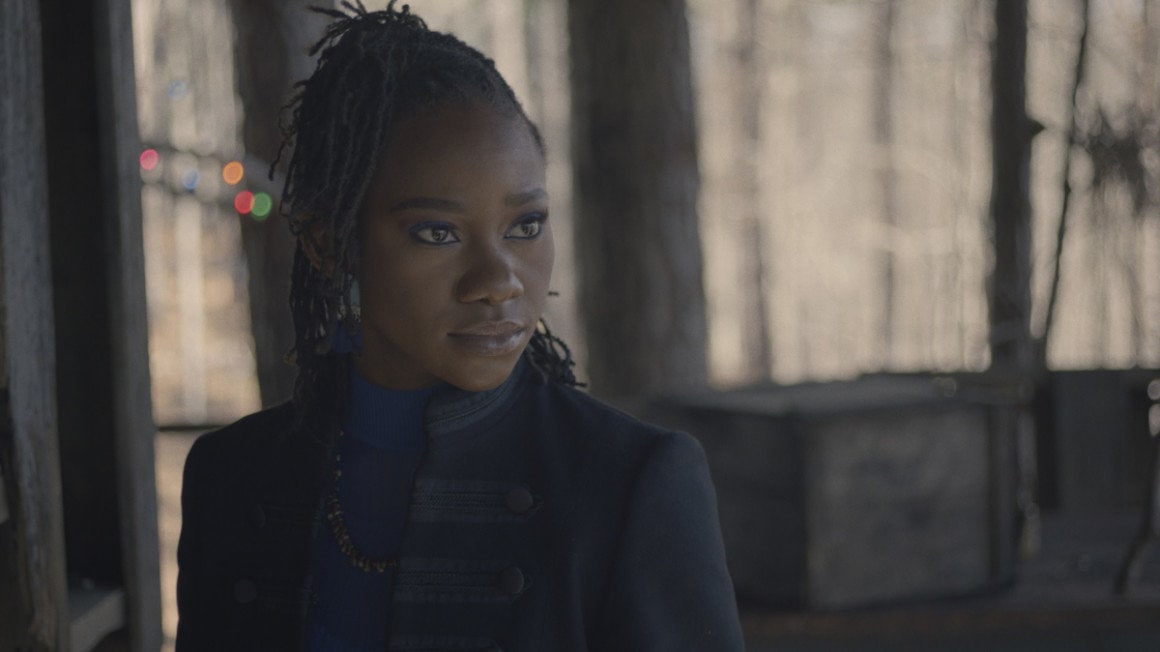 This episode feels quite messy in a way because it is centred on this plan to get Landon back and things go wrong and people get in the way.

We expect our characters to go through the ascendant, fight monsters and find Landon and bring him back.

As this is such a dangerous plan Lizzie (Jenny Boyd) is put in the middle.

Lizzie is seen flip-flopping between team Hope and team MG.

Lizzie sides with MG and helps him steal the ascendant and take it on a spontaneous road trip only to syphon him to sleep and give it back to Hope.

Hope is isolating herself from people so she can have Landon, Lizzie is becoming isolated because Josie (and possibly MG) is moving away from her and MG has been made to feel isolated for a decision he made to keep the people he loves safe.

Kaleb is trying to be Switzerland because he is hurt but is isolating himself away from MG because he is unsure what he should do next as he is attempting to keep to all his promises.

It’ll be interesting to see if any of these friendships can be recovered and how all these characters cope with having less people to turn to.

However, I don’t want this to mean we have less screen time with these characters, especially MG and Kaleb.

CLEO IS SHE TOO PERFECT TO BE TRUE OR IS SHE HIDING SOMETHING FROM US?

There is still a question mark above Cleo’s head as whether she really is all that she seems.

At the moment she has been good and seems so caring but it feels like that there is something we haven’t been told about Cleo.

Many have suspicions that maybe her family was killed by a Mikaelson, probably Klaus.

Clearly, these are just ideas but it would make sense as it has been hinted her sisters were all killed and she is the last one left but we haven’t been told who.

We also know that Cleo has used dark magic as she believes there is no light or dark magic so she will use both when needed.

Each episode we are learning more about this character which is a great thing to see because it keeps us engaged with this character and we want to keep seeing her so we can learn something new about her.

However, I think it is a shame that Cleo is getting more character development in these few episodes compared to others like Landon who are struggling to get any or opportunities are for development are being missed.

Cleo and Kaleb are a great duo, I really enjoyed watching this pairing in this week’s episode.

There has been flirting from the start from the pair but it seems some romance might be on the cards but even if it isn’t I feel like these two are a great friendship pairing too.

They are both just so chilled to watch, Omono Okojie and Chris Lee performances are really relaxed and feel really natural therefore it is just a joy to watch both of them in scenes together.

I hope we see more of this pairing and that they keep helping each other with their dilemmas and problems in future episodes.

HOPE IS WILLING TO SACRIFICE ANYTHING TO GET WHAT SHE WANTS 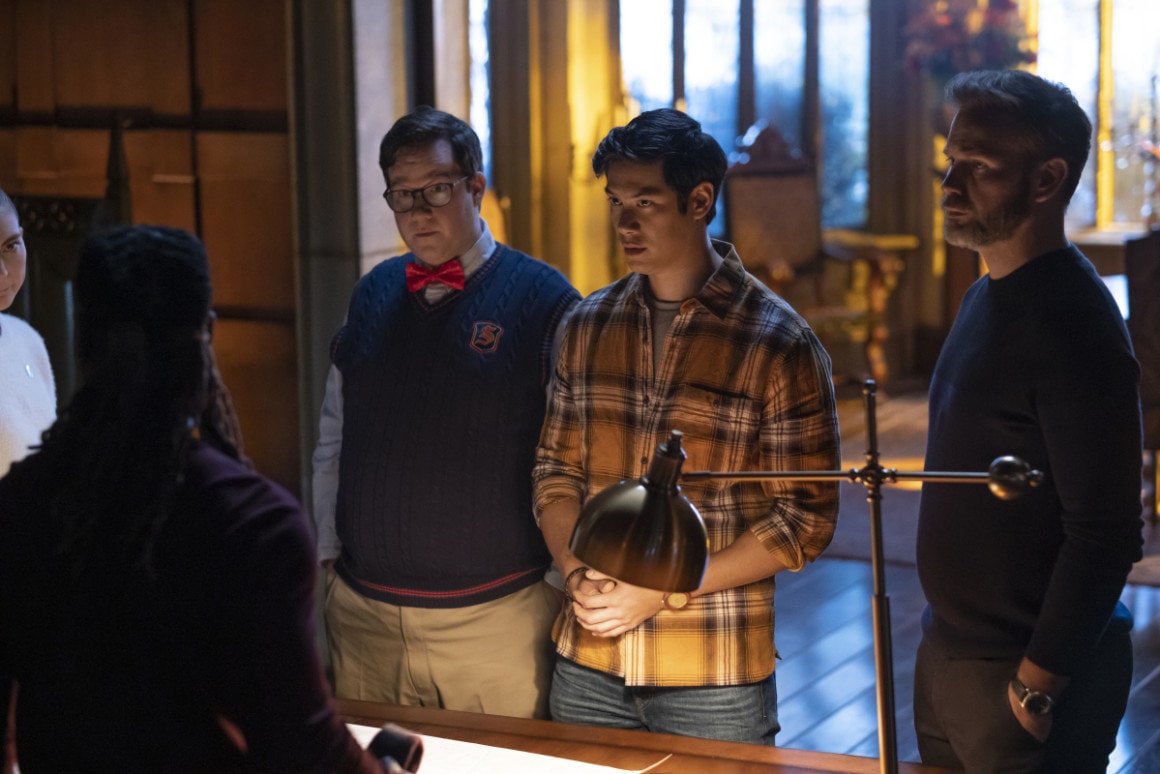 Hope was reckless in this episode and desperate, especially to ask Josie to gain her magic back.

We got to see the Mikaelson in Hope shine through in this episode, where you will do anything for the ones you love.

Although I feel like Hope was quite selfish as she put her needs above everyone else and she couldn’t understand why the others were getting in her way.

Hope put both Lizzie and Josie’s lives in danger yet she has known these two characters since they were all quite young yet it feels like the friendships they had is being thrown away because they can be.

Hope ends the episode realising that people are mad at her for her dangerous plans yet what bothers me the most is the fact she at in that moment still doesn’t want to make things up with Cleo for killing the leprechaun in the previous episode.

Holding onto this grudge feels very petty and considering everything Cleo has done and is doing for Hope it feels as if Hope and the writers are trying to throw another friendship away.

ANOTHER MISSED OPPORTUNITY WITH LANDON

We end with Landon and Hope back in their what now feels like their talking spot.

I feel quite disappointed that Landon just can’t remember a single thing of his time in the prison world just the darkness.

This could have been a moment of real character development that was just wasted.

I wanted Landon to come out of the prison world as a new man who we would be really excited to watch and get to know this new guy but he appears (at the moment) unchanged.

The writers could have given us something more exciting, maybe we’ll see a slight change in the next episode to Landon but I wouldn’t hold my breath.

However, a strange creature has followed Landon out of the prison world.

I originally thought when we saw this creature in the prison world that it was Landon and he was just wearing a disguise to hide from the monsters.

Obviously now this isn’t the case, unless there are now two Landon’s? But that is just a wild stab in the dark, it is mostly likely some kind of Malvore monster who happens to be hunting Landon down.

We end this episode wondering what and who this creature is. 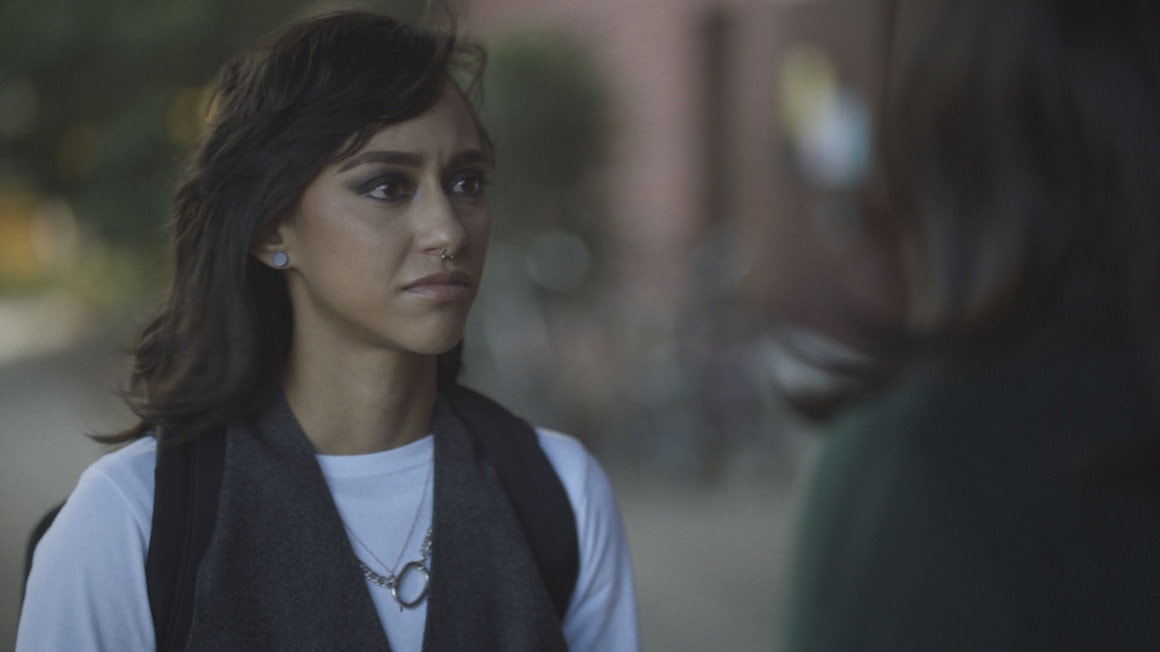 Josie (Kaylee Bryant) is moving further away from the supernatural and wants more of a muggle/normal life.

The events in this episode make it clear for Josie that she isn’t ready to come back to the magic lifestyle.

As a result, she is moving out of the Salvatore School so she can make a real break from the magic and there isn’t as much of a temptation.

I think this scene between Alric and Josie is a really emotional episode between father and daughter and played really well by Kaylee Bryant and Matt Davies.

We can clearly see the close relationship these two characters have and how they have such respect for each other.

However, I am left wondering who is the friend of Caroline and Alaric who will be letting Josie live in their house.

I hope we find out because fans of The Vampire Dairies would love to see this little gift and chance of seeing or hearing of a character from this franchise.

WILL MG STAY OR WILL HE LEAVE?

MG has been such a loved character and I really hope this isn’t the end of him.

It is clear we are seeing the consequences of MG saying no and lying to his friends, yet he did have the best intentions at heart.

We end this episode uncertain on the future of this character and honestly, I don’t want to say goodbye to Quincy Fouse.

Fouse gives us some great speeches in this episode and I enjoyed his performance the most.

Alongside this Fouse adds a lot of passion to his words and his words really hit the right places.

We understand the emotion and can sort of relate to what he is saying.

MG is kind of following in Josie’s footsteps and is thinking of leaving the school because he doesn’t want to watch anyone, he cares about get hurt or even killed, which is a huge possibility every day.

I really want MG to have his own storyline so we can see more of this actors’ talents and it would be a missed opportunity again to just let him leave.

RELATIONSHIPS CHANGING, FRIENDS MOVING ON AND A MONSTER HUNTING SOMEONE DOWN 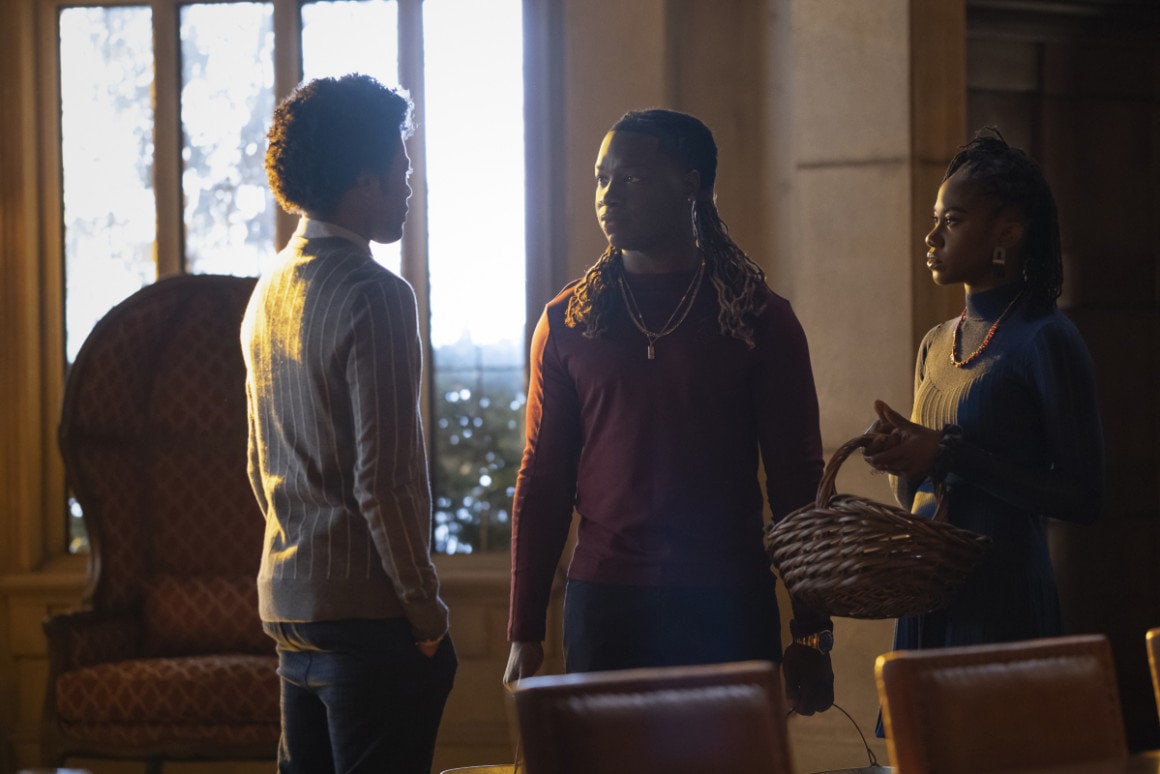 We end this episode feeling a bit underwhelmed in some areas.

I’m glad we have gotten over the Landon grief as he is now back but seems exactly the same.

I was hoping to see a new Landon, there was a promise of a fiercer and more of a take-charge Landon which doesn’t seem to be appearing.

I want to just move on this storyline and it to be forgotten and not touched upon again because I am bored of it.

I’m hoping we have a better series plot beginning which we will be building up to over the next few episodes.

It will be interesting to see how the relationship between Josie and Lizzie’s relationship will handle Josie moving out and going to a different school.

It’s nice that Lizzie is really trying to help Josie have her normal life and not be tempted to delve back into magic but it will be great to see how the twins cope not seeing each other every day.

The distance will surely affect them or it may only affect Lizzie as Josie appears infatuated with Finch.

I want everyone to make up with MG, I really don’t want to say goodbye to this character or can we get to still spend time with this character and we see his new life.

As a result, this episode had some good speeches and a couple of great performances.

We are intrigued by Cleo and her past and I’m hoping the writers have some huge plans for her that will be exciting and unexpected.

What do you make of this review of Legacies Season 3 Episode 8?