The expectation was immense this week; the viewing figures for the return of Line Of Duty last week was ten million, making it the most-watched BBC drama in seven years.

Anticipation was building for a second episode – but it was more of a slow burner, frustrated by too many questions and cryptic hints more than anything else.

Be warned – because, beyond this point, there are spoilers.

Go and watch last night’s episode before you read any more, as it will be spoilt otherwise.

We are now at the point that Operation Lighthouse – the operation beset by a sudden burglary in the first episode – will be subject to an investigation to determine if Gail Vella’s murder was aided by police corruption and/or misconduct.

Steve Arnott is made a DI, a title he desired two seasons ago but remained elusive. 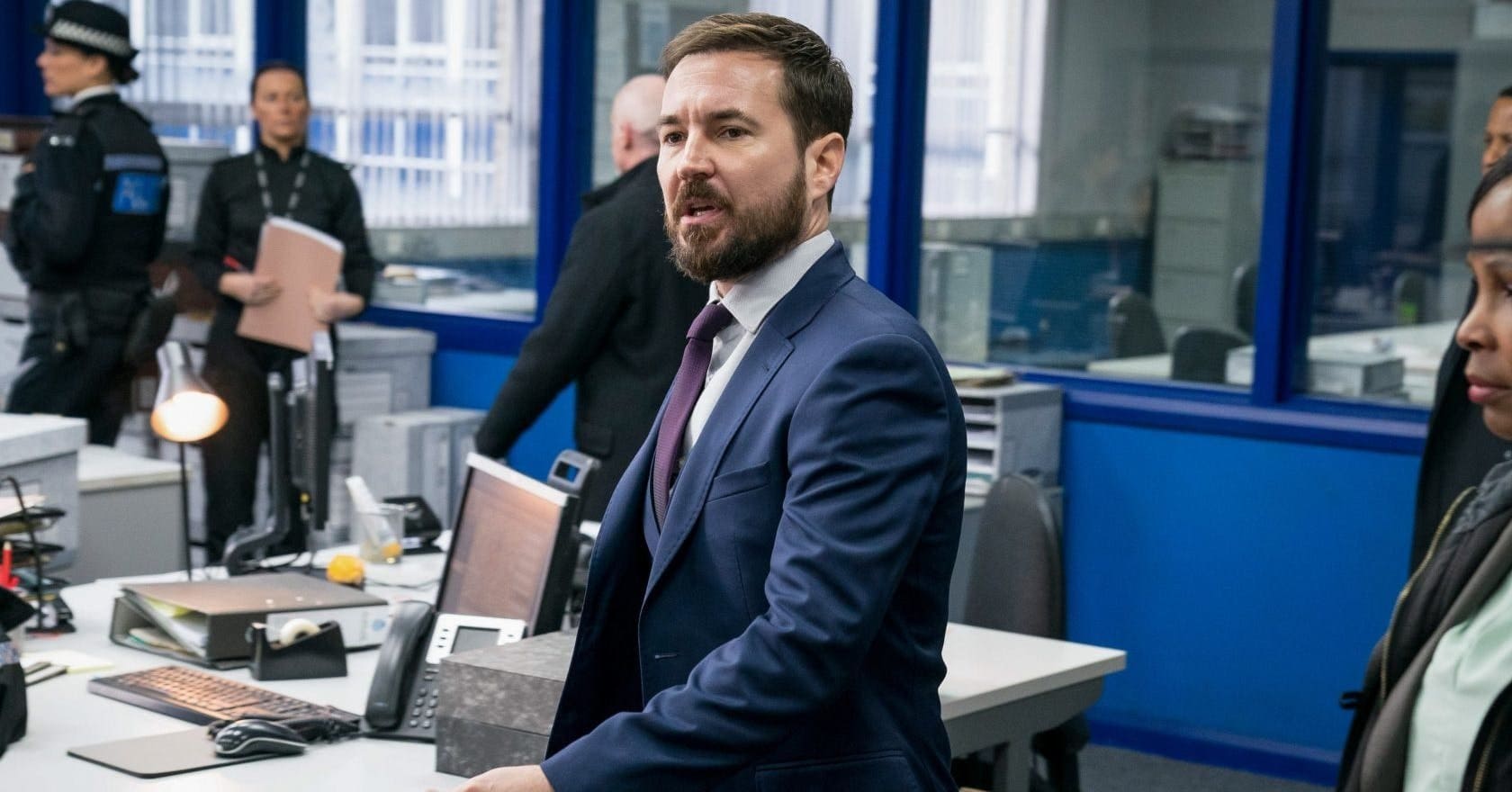 In classic Line Of Duty fashion, AC 12 stormed the operational headquarters, all guns blazing – only to be stopped in a rather anti-climatic scene.

This is not really satisfactorily resolved; Hastings is overstretched, tired-looking, with a scene seeing him being reprimanded by his superiors.

The fragmentary way of writing the episode was a little bit tedious at times.

We haven’t had a classical, formulaic beginning – and it still feels like we started in the very middle, rather than the end.

The scenes show two running parallels at times, but the actions is never satisfactorily resolved before running off to the next scene, with new threads being unravelled and opened up. A more substantive edit could have happened – rather than post-production still taking place just days prior to episode one airing.

This series feels rushed, probably due to pandemic demand.

Also: trigger warnings. They are needed.

One series of Line Of Duty was heavily criticised for featuring dialogue and a photograph of Jimmy Saville – only to be repeated.

I know the Morgan family through my professional life, outside this site.

I can’t help but feel trigger warnings should be in place.

The Morgan case is subject to an independent panel due to report later this year; how would survivors of Saville’s abuse feel?

It feels cheap for a hugely popular drama that relies on sophisticated, often laborious material.

Gail Vella is the common link between the many series’, pulling together many threads that have been left unsolved.

I had to wonder at the choice of profession, though; labelled as a ‘controversial journalist’, it seems interesting to me.

Many of my colleagues discussed an interview with Jed Mercurio in GQ recently with the content being labelled problematic at times.

For a police crime drama, the murder of a journalist is open to question – but I don’t want this to end up as some sort of killing with elements of fantasy attached, in a drawn-out death or whatever.

Violence against journalists is a real problem currently, and we don’t need this to be trivialised.

There is a stereotype of journalists at play, too, that we just write whatever the Hell we damn well please.

Laws dictate publishing terms at times – such as when it comes to covering criminal trials, children, sex offences, whatever.

Gail Vella had included a line about ‘lies’ of one individual in the police – one who seems to be subtly be held up as a potentially corrupt officer.

This was never broadcast – but unless it has concrete evidence, which we have yet to see, that is likely to be highly libellous.

Ofcom would probably not be happy.

For a show so reliant on using accurate policing terminology – enough so that there are advisors to the show to ensure this – I was disappointed.

Can we talk about diversity in Line Of Duty Season 6? 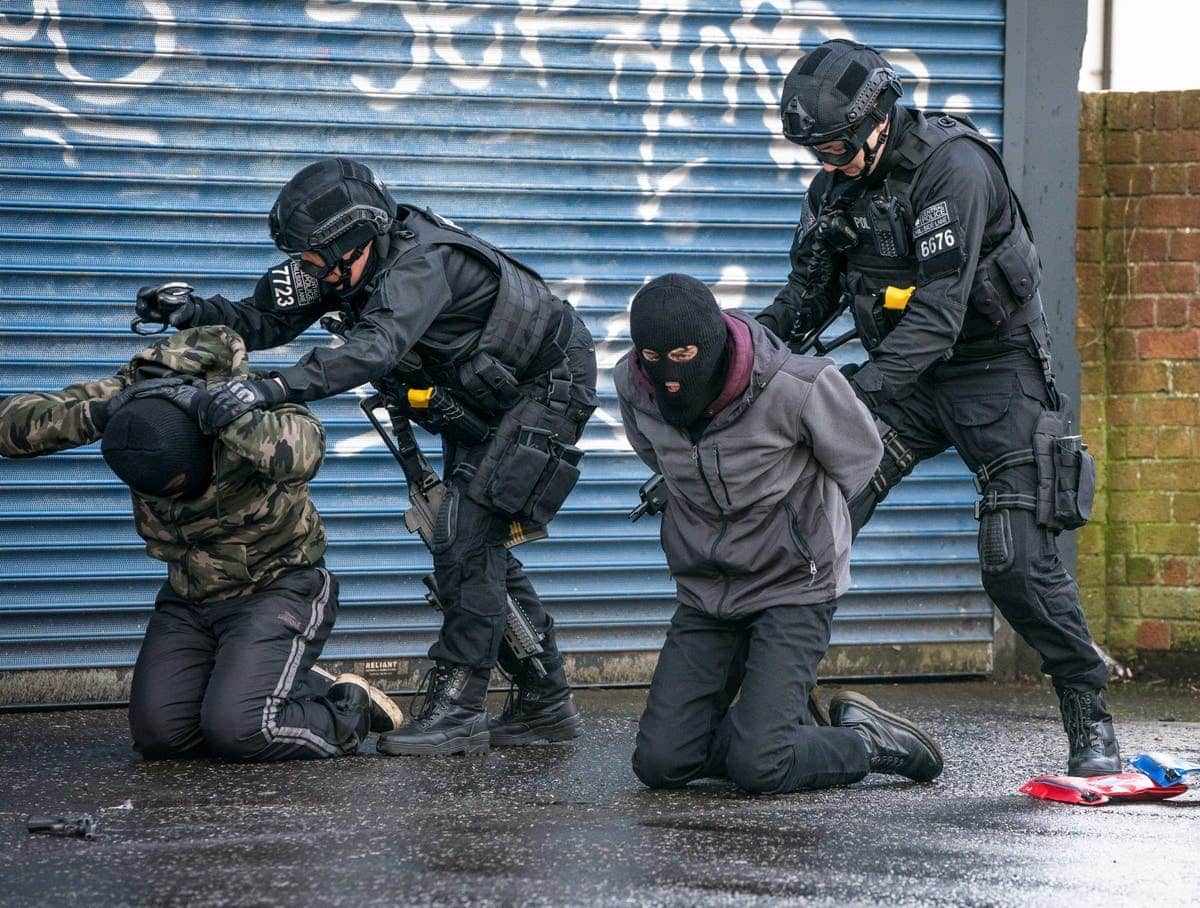 Can we talk about diversity, too?

The diversity of the department members of AC12 has previously been questioned by officers under investigation.

The diversity seems to have been deliberately been written into the story, almost as a way to show Hastings as ‘not the bent copper’.

As a viewer, I still feel uneasy about this – especially as it seems tokenistic at times.

It may be used for artistic reasons, but there needs to be a change in language.

“Suffers from”. Really? We are really describing an individual who has Downs Syndrome as suffering from learning difficulties?

My eyes rolled back in my head they could almost be heard by those watching the programme with me!

It is up to an individual as to what they like to be described as – but ‘suffering’ or ‘suffers from’ is generally quite an unpopular turn of phrase.

There are some nice touches in this episode.

John Corbett was an undercover officer who was murdered in the last series – but Steve Arnott still takes time to check in on his widow.

They still keep in touch, he takes an interest, and it shows compassion.

There’s nothing concrete so far

Kate recognises – vaguely – an officer who was a young member of an organised crime gang.

She is showing some incredibly snobbish tendencies, too – describing a meet up location as a “shithole”, subverting an AC12 inquiry by tipping off her boss, flashing a police ID badge to get some men to go away at a bar.

The young man she recognises is so obviously the person leaking the information – go back and watch the last series to see why – but the many clues and questions is just a bit too tedious.

We have nothing concrete so far, and the dream team is broken up into fragments.

Davidson and her actions are too complex to be explained away by simplistic theories.

Her former girlfriend is being set up – but the line between being blackmailed and being a corrupt officer are so often very thin.

Being forced to pick up a burner phone suggests blackmail, like we saw with Tony Gates in season one – and the same has likely been done to Terry Boyle.

But can we have some dramatic action yet?

This is getting a bit dull.

What do you make of this review of Line Of Duty Season 6 Episode 2?