Originally this episode of Legacies Season 3 Episode 4 was meant to be the season finale to season two, this episode has a lot happening.

Countless Malivore monsters, prison world and we end with a death – this episode is confusing and a bit of a disappointment.

It should have been a great story but the execution fell flat, stakes should have been higher and this episode had all the elements to make this a really intense and captivating episode but the actual peril was lost.

We didn’t get to feel the intensity that everything could be lost.

Is this really the last we have seen of the Necromancer?

Ben Geurens has taken on this role and to begin with his character was great but the more common his appearances became the lesser the effect his character’s presence had.

This isn’t Geurens fault he has been working with what he was given but I think his characterisation of the Necromancer needed more work.

He isn’t scary and not seen as a threat. 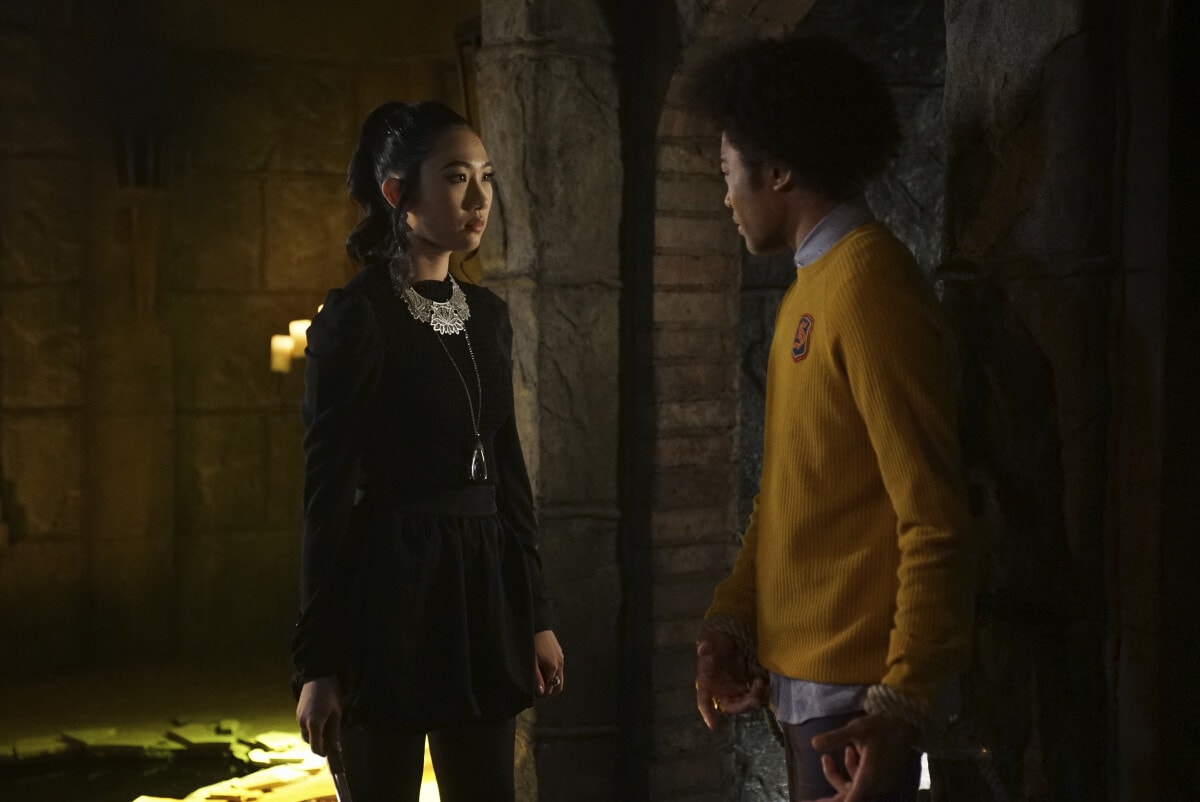 The Necromancer should have been a villain we feared but the jokes and one-liners and comedy take all seriousness from the character.

Josie (Kaylee Bryant) gains control of her magic for a little bit to help her friends yet she ends this episode with quite a big revelation.

She isn’t ready to have magic again and wants to live a normal non-witch life for a little bit by transferring to Mystic Falls for a while.

This is an interesting choice because it means Lizzie (Jenny Boyd) is losing her sister and Josie going to see how the normal people live.

It is a common theme we see that those at Salvatore School wish they were normal and wish they could live a normal life like those at Mystic Falls.

It will be interesting to see how much time we will now visit Mystic Falls High now Josie is transferring or will it be left out and forgotten like it has been in most episodes.

Twist upon twist is what we face in this episode but we also face a death.

Hope has a bad time in this episode… again… 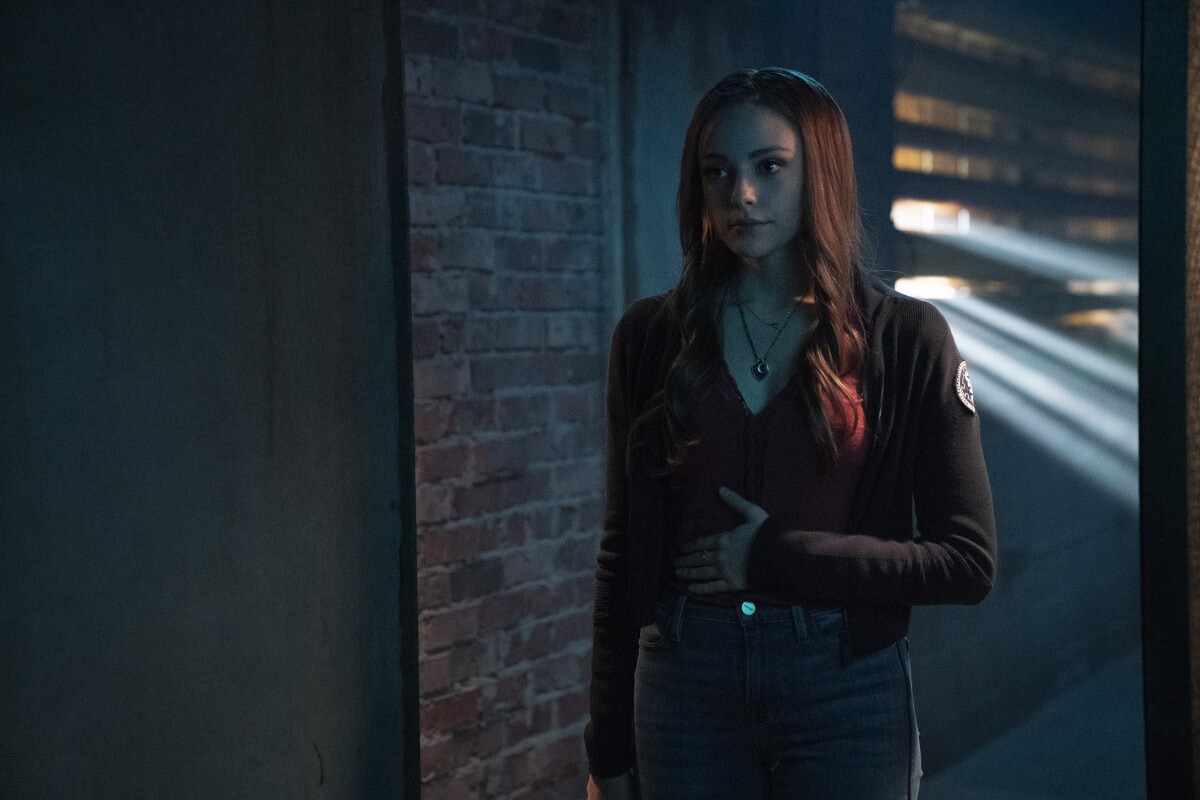 Landon (Aria Shahghasemi) dying feels so pointless, he dies so much that every death now just doesn’t hit the same.

It feels like Hope (Danielle Rose Russell) isn’t allowed a moment of happiness.

We keep going through the same cycle, we can now guess that in the next episode that Hope will do everything in her power to get her boyfriend back.

Even if there is a way to get Landon back (which we know that there is some loophole) Hope will probably struggle to open up to him again.

The writers need to make up their mind with what they want to do with this relationship, it is difficult to care with this cycle of Landon dying and coming back.

It is getting boring and repetitive, either Landon dies and stays dead or the writers need to find another exciting thing to do with these characters.

Students at a school, there is always love and romance and at Salvatore School is no different.

However, we can see the character development in Lizzie. She comes to terms with her feelings for MG only to catch MG and Alyssa kissing.

In the past this character would have caused chaos with all kinds of crazy schemes yet for the moment she has accepted she missed her chance and vows to continue to work on herself.

This is such a healthy way to react for Lizzie and shows how far this character has come.

It will be great to see in the coming episodes how Lizzie carries on around MG and if she will be true to her word.

Boyd just confirms with each episode that she is a great choice for this character, her character has been on the most emotional journey.

Comparing her from the first season this character has made a real change and it’s nice to see some character development.

Alyssa takes a U-turn in this episode and decides whose side she is on.

Alyssa was the best villain for just four episodes and it’s a shame that she is now back on the side of good. 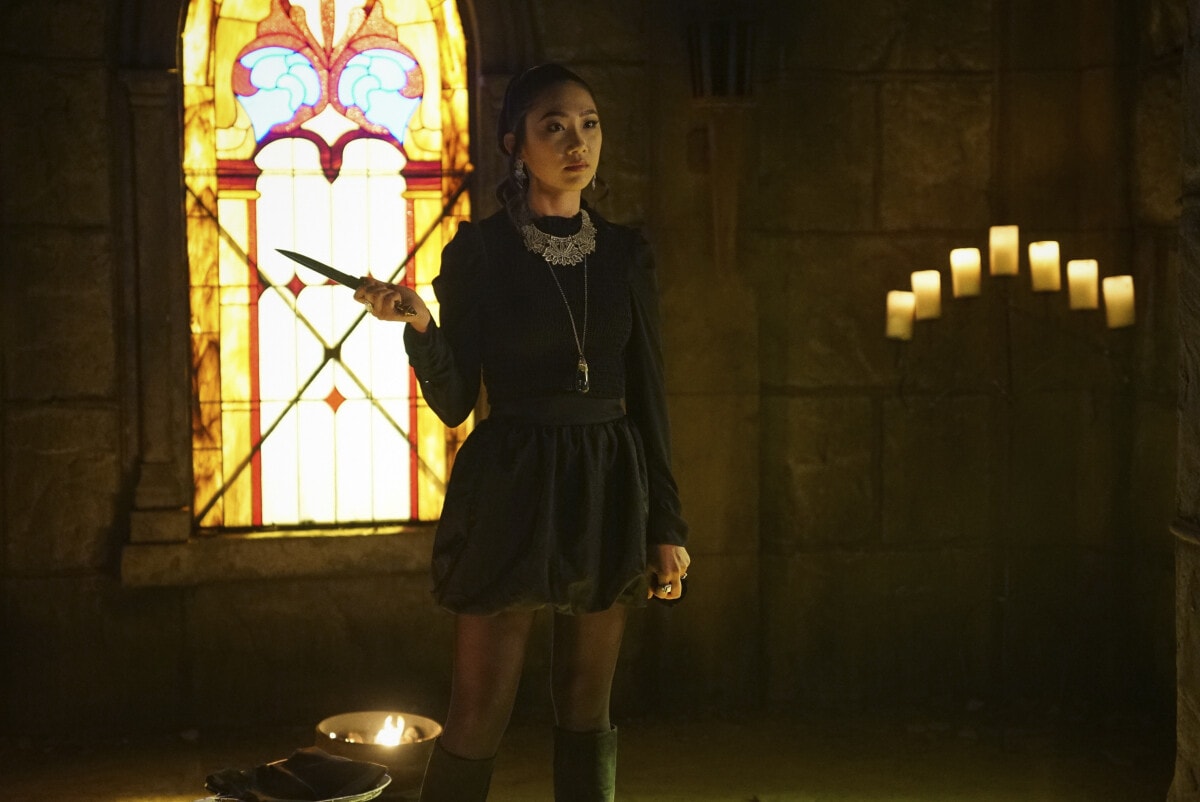 I wish we could have had more of evil Alyssa.

The past four episodes we have had were all meant for the second season but instead have been at the start of the third season due to the pandemic.

As a result, these episodes are wrapping up storylines when really, we should be setting up for this new season.

Hence, we only got a few episodes of bad Alyssa when really, we should have been seeing this character for much longer in this role.

Thus, I question with the break the show was given, why didn’t the writers come together and alter storylines to make them flow throughout season three because at the moment it is clear that storylines are ending here and now something new needs to restart.

However, we are now four episodes in, the prophecy which was mentioned could have been dragged out a lot more but it was over before it really started.

This episode felt a bit too rushed

Hold on Tight had the hopes for a great episode but needed a lot of improvement.

Everything felt too rushed and now we are left wondering what is the real driving force behind this series.

Geurens has done well with what he was given but I’m hopeful that the Necromancer arc is over.

There have been some missed opportunities like with the Alyssa villain arc, which is a shame.

Writing needs improvement and if this was a season finale episode it would have been a great disappointment.

Overall compared to the previous three episodes this episode has dropped the standard of Legacies season 3 which was looking so promising.

What do you make of this review of Legacies Season 3 Episode 4?