What a coincidence that in Legacies Season 3 Episode 7 our monster of the week is a leprechaun considering this week we also celebrated St. Patrick’s Day.

The school is in trouble of closing again, while Hope (Danielle Rose Russell) is struggling with her grief for Landon (Aria Shahghasemi) and MG (Quincy Fouse) is hiding a huge secret from everyone.

THE SALVATORE SCHOOL RECEIVE SOME LUCK 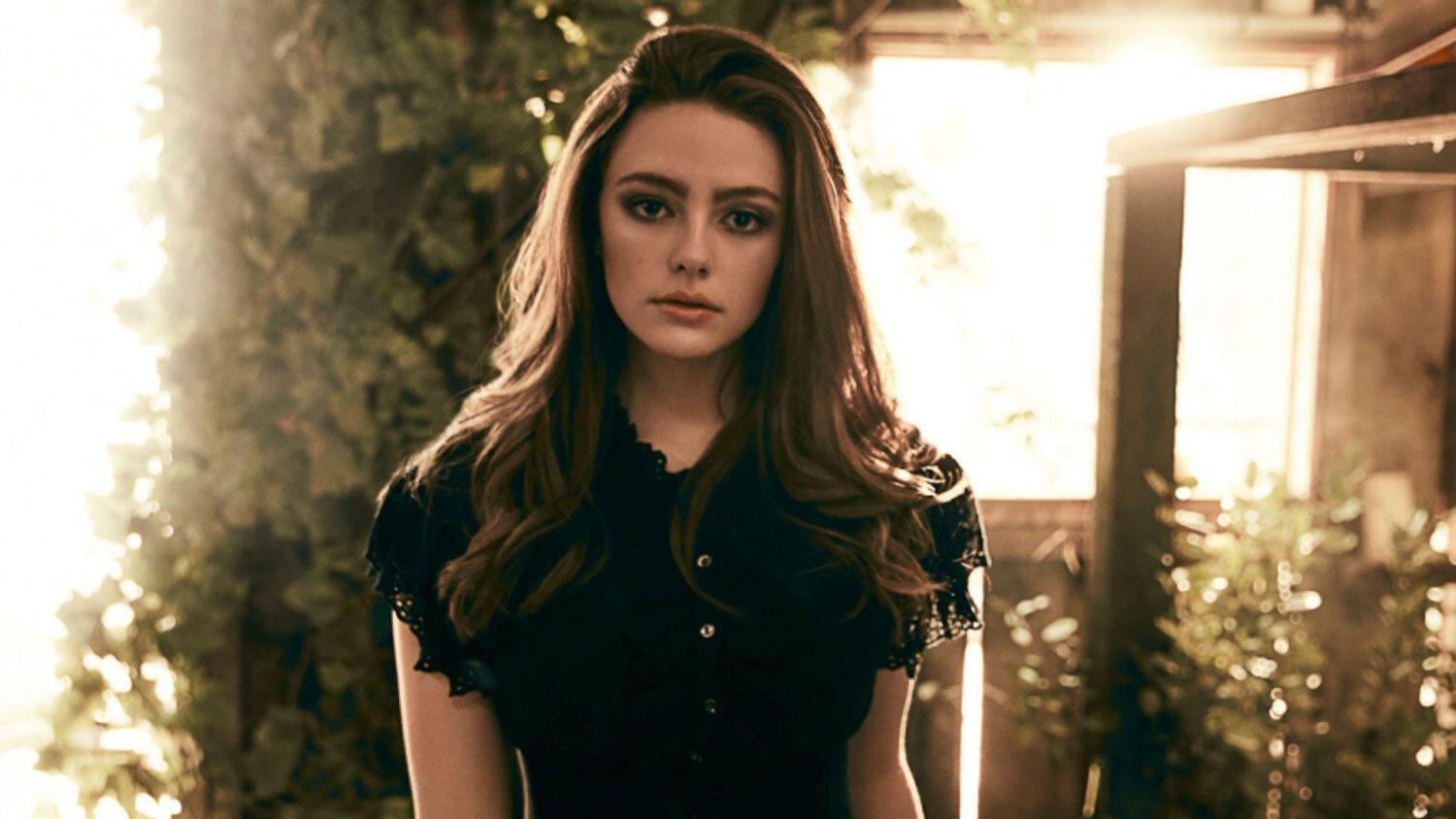 As mentioned in the previous review, Legacies Season 3 Episode 6, it feels as if the school closing is going to become a regular theme in the oncoming episodes.

The school only just have enough students to be open as a school but not all 30 students are yet to show up in this episode.

However, in this episode the school have a huge tax bill they must pay in a week otherwise the school will be shut.

What luck they have that a leprechaun from Malivore has escaped and lands at the school just in time to solve all their problems.

With the luck of the Irish, Lizzie’s fundraiser begins to work well, possibly a bit too well.

This episode of Legacies Season 3 feels like a joke, it feels too stupid at times.

Jenny Boyd who plays Lizzie, her performance felt really over the top and far too exaggerated which ruined what could have been a really great episode.

With the school being in trouble and the students would clearly be concerned about their home shutting down so would do anything to keep it open.

Obviously, their characters would be scared and possibly desperate but that shouldn’t mean the performances need to exaggerate.

I have been enjoying Boyd’s performance in season so far as her character has been through some real growth and character development but this episode her performance was a disappointment for me; I just expected a better performance.

HOPE AND CLEO’S FRIENDSHIP IS A JOY TO WATCH 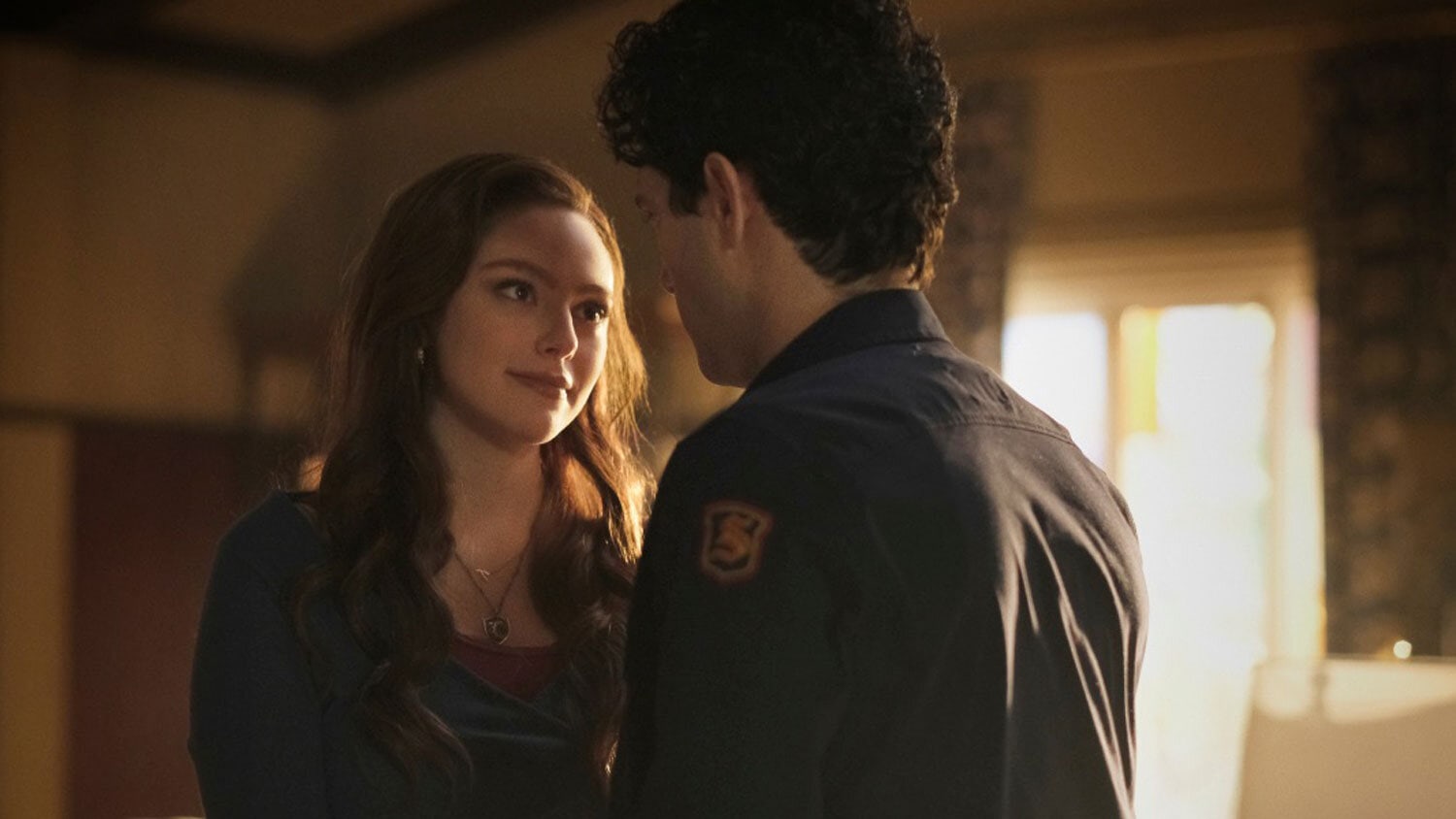 Read more: Kevin Hart Is Trying To Get Dwayne Johnson To Give Him A Role In Black Adam

It’s nice to see the friendship between Hope and Cleo growing, Danielle Rose Russell and Omono Okojie have really great chemistry together in scenes.

Hope has appeared to be alone for so long not really being able to confide in anyone but suddenly Cleo seems to be the perfect candidate and it comes so naturally.

I enjoy watching this friendship develop and I am looking forward to see how it will progress.

Hope is very headstrong so it will be interesting to see how Cleo will cope with this because it is clear she is hiding things too.

We still don’t know much about Cleo apart from she is also alone, all her sisters were killed so that is why she doesn’t like violence.

However, we haven’t discovered anything else about this character because Hope hasn’t taken a moment to take a step back and think of anyone else apart from herself and Landon.

What is clear though is that Cleo is a very heart-warming character and a friend we would all like to have.

She is brave and honest and wants the best for her friends.

Okojie’s presence in a scene is very calming and reassuring.

It is weird that the writers have already created and developed this character so much that we have a real connection with her, compared to other characters we have known since the first season and don’t have any connection with.

As a result, this makes me think that the writers have big plans for Cleo as they have put so much attention on this character.

Although I do wonder if Cleo has a dark side and whether this character may have alternative plans.

Or is she just to be this sweet character who just wants to feel safe and be happy, but nothing is ever that straightforward in this world.

HOPE’S GRIEF HAS BECOME AN OBSESSION 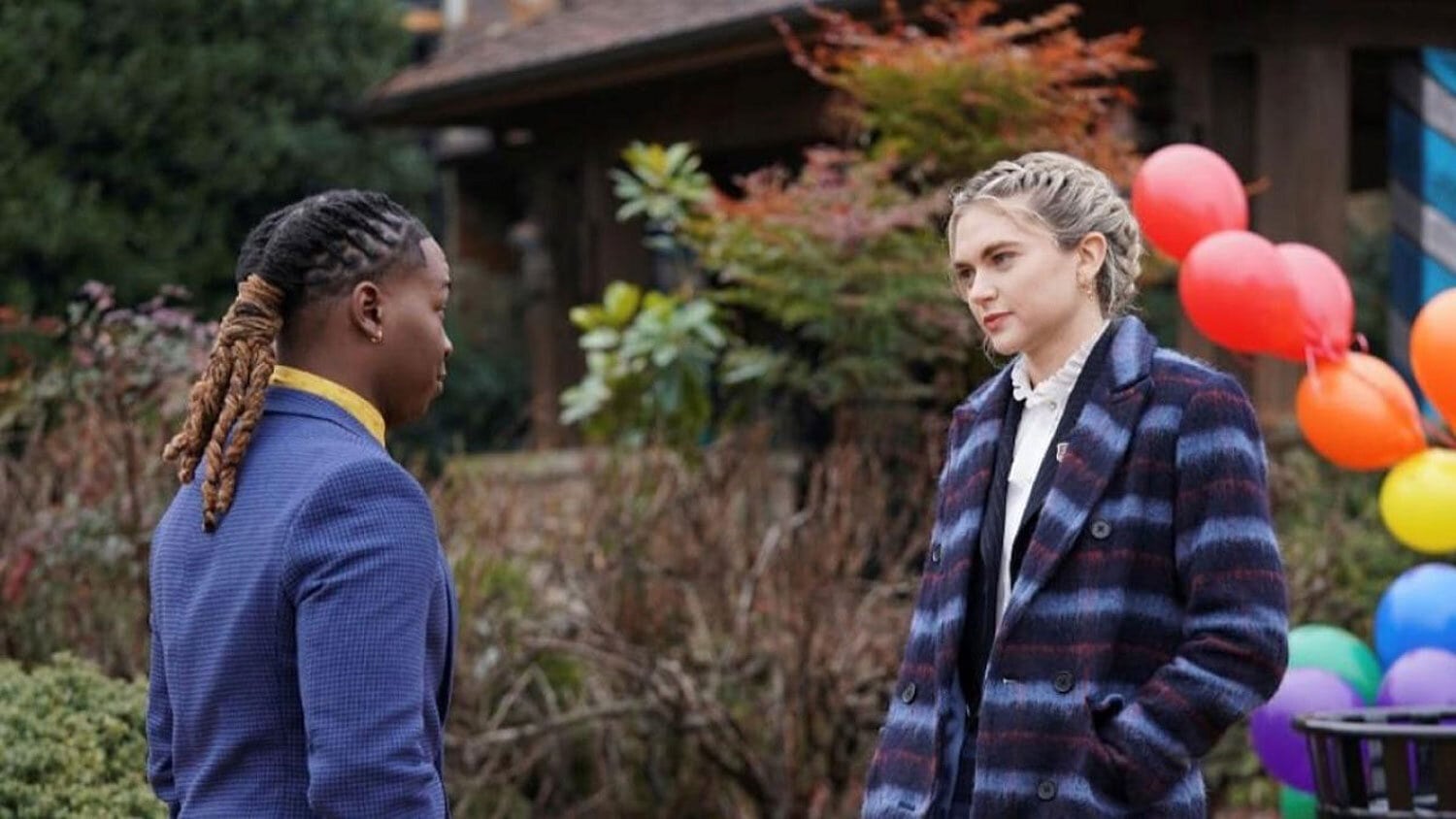 Hope has been grieving for about a month in her world but for us it has been two to three episodes; she has struggled to cope with this feeling and to be able to move on.

However, this grief has now become an obsession.

It felt like we were making progress with Hope’s grief and her overcoming the pain she is going through with the help of Cleo in this episode.

A scene that sticks with me from this episode is where Cleo and Hope are making a clay head of Landon, in this scene, no words are spoken but this beautiful music is played while we watch these characters make the clay with the remains of Landon himself.

This scene felt really honest and pure and it felt like we were getting somewhere.

It felt like we really were overcoming our grief with Landon and moving on while this friendship grew.

However, all the progress we had made was completely dropped once Hope discovered the leprechaun and the ascendant.

Her obsession with Landon and getting him back makes her selfish in a range of different ways, but the most noticeable one is Hope hasn’t Cleo a single thing about herself until Cleo asks her too.

THE DARKER SIDE TO MG?? 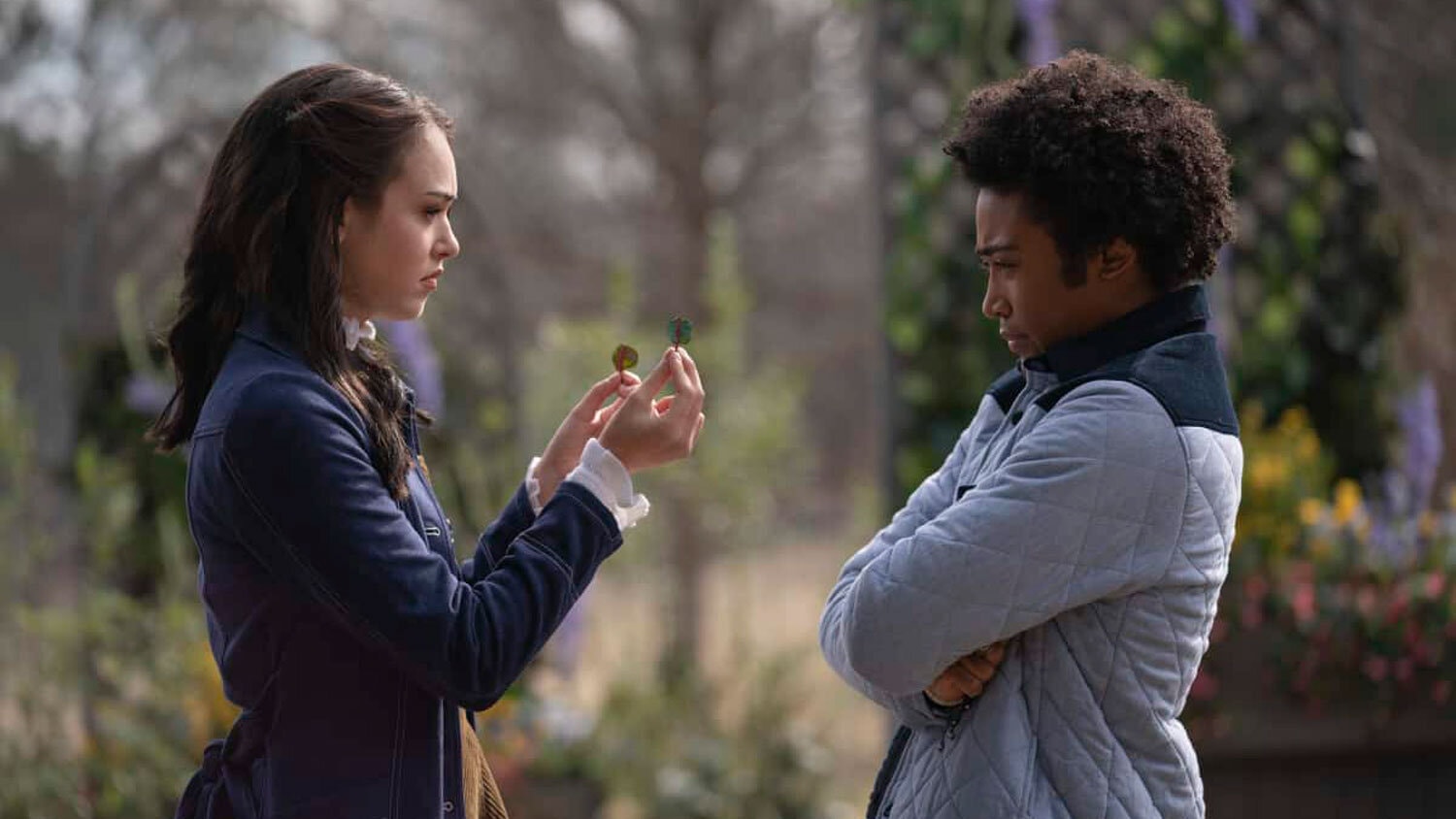 It was nice to see some fault in the perfect MG character.

All this time he has been lying about the ascendant, he has had it all along.

Both Lizzie but more Hope are furious about his admission and we are left wondering why he kept it hidden.

Are we seeing a darker, possibly more selfish version of MG?

If we are, I think it will be a great change in pace to this character that we have become very comfortable with being a Mr. Nice Guy.

His semester of “No” has been landing him in trouble and really, he is now becoming someone no one really likes.

As the episodes progress, MG is slowly pushing himself out of the Super Squad and isolating himself.

Quincy Fouse has done a fantastic job playing the nice guy who everyone runs to and pretty much walks all over; at the moment his semester of no is making come off as a bit harsh.

I would really like to see Fouse go dark and see how far he can push that with his character because I think he could do it and it would be so unexpected and make an amazing episode.

JOSIE’S WARNING . . . BE CAREFUL OF FINCH 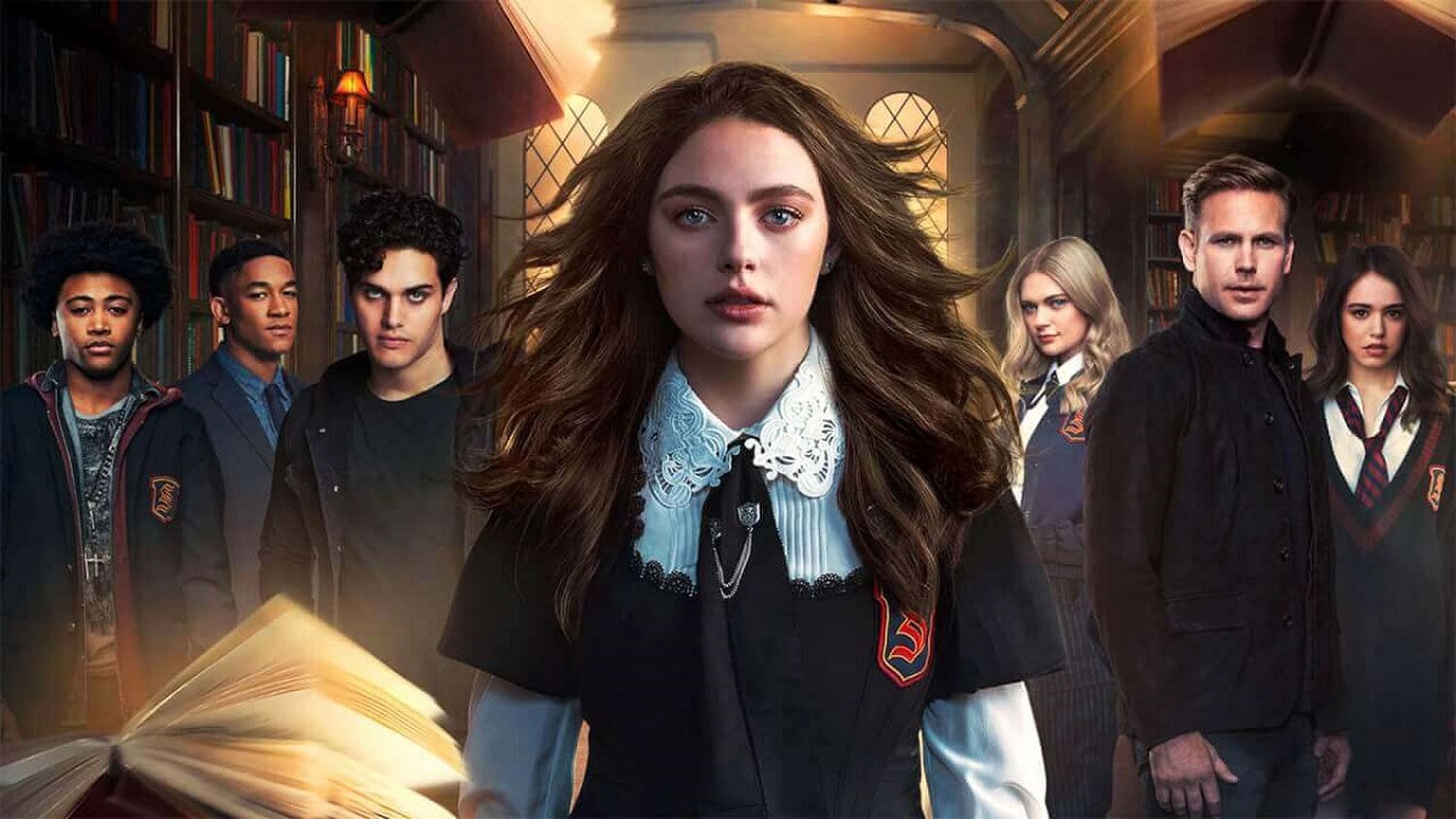 MG and Josie (Kaylee Bryant) had a couple of nice scenes together in this episode.

Josie opens up about her fear of getting close to Finch (Courtney Bandeko) because she believes the people she loves either hurt her or leave her or both.

I still don’t know how I feel about the Josie and Finch relationship, it’s nice seeing Josie happy but we have been through this so many times I don’t want to invest in a relationship that isn’t going to last.

However, we are given a warning towards Finch from Ethan (Leo Howard) to “be careful of Finch because there’s something different about that one”.

Is this Ethan hinting at something supernatural about Finch or just a very troubled character?

It would be a clever twist for us to discover that after Josie has made all this effort to try and live a normal human life for a little bit that Finch is a witch or some sort of supernatural creature with a dark past.

We have been told she hasn’t had the easiest life and made mistakes, it’ll be interesting as Josie and Finch get closer to what more we uncover from this character and whether Josie will reveal her baggage to Finch and her reaction to this revelation. 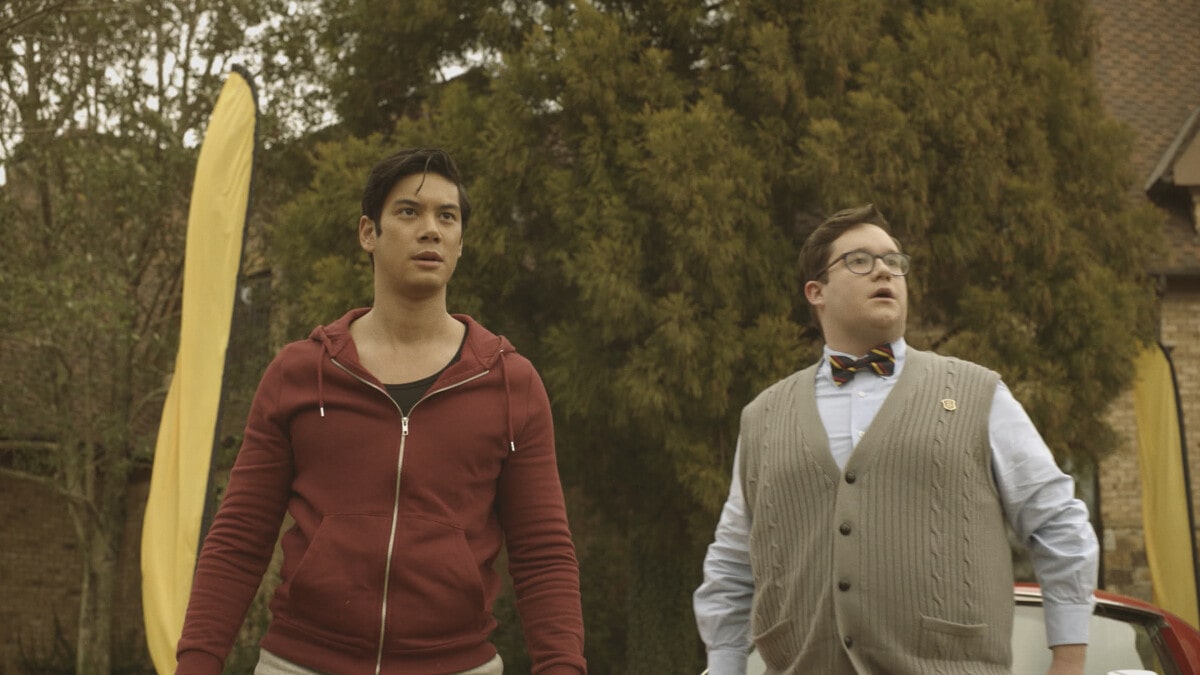 Read more: Before The Release Of Mank, We Rank Every David Fincher Film And TV Show

It is going to be interesting how the next episode will play out.

We know we will have a Landon heavily based episode but it was nice to have an episode without him, as this adds a sense of mystery of what may have happened to this character during his time alone in the prison world.

It’s exciting to see character development from characters old and new, it feels as if the writers are making a real effort this season for us to get to know these complex characters.

It’s good we are seeing another side to MG but I do wonder how long it will last and what the ramifications of his actions will be.

I’m concerned that once we get back onto the Landon train that the writers will forget about the Hope and Cleo friendship, which at the moment I’m loving as it feels real and very authentic.

Looking forward I want better more authentic and real performances from these actors which are consistent.

At the moment these episodes are quite hit or miss, some of that is to do with the writing and plot but then the actors must take on some of that responsibility as they interpreted their words and perform them.