Who thought this could work?

I defiantly didn’t but I was nicely surprised by what I saw.

In this episode of Legacies Season 3, Hope, Josie and Lizzie are still hallucinating from the previous episode, yet this hallucination has transported the girls into a different world.

They must defeat the thing they fear most to be able to escape.

This episode is all about Hope coming to terms with what her fate is, something we have all known from the beginning but has been hinted more throughout this season.

While this is happening Kaleb, MG and Jed are trying to get rid of a monster’s body, which turns out harder than they first thought.

HOPE IS STARTING TO ACCEPT HER FATE IN THIS EPISODE

Throughout this season, the writers have been hinting at us that Hope (Danielle Rose Russell) must turn full tribrid if she is going to be able to destroy Malivore.

Turning full tribrid is something she has been avoiding because she is scared of what her life will become like and she will lose out on so many things.

If she activates her vampire side then relationships become difficult and all Hope has ever wanted is to love someone but also not to lose them.

Also, there is a chance Hope turn to the dark side once her vampire skills are activated or she may turn her humanity off.

Things in the world the characters are concerned about but as a viewer, I can’t wait to see what Hope will be like once she has her vampire powers.

Hope has been through lots of trauma in her life and she is tired of the drama; all she wants is a simple life but she is a tribrid and shouldn’t really exist so her life can never be normal!

LEGACIES SEASON 3 EPISODE 15 HIGHLIGHTS HOW FAR THE FRIENDSHIP BETWEEN HOPE, LIZZIE AND JOSIE HAS COME 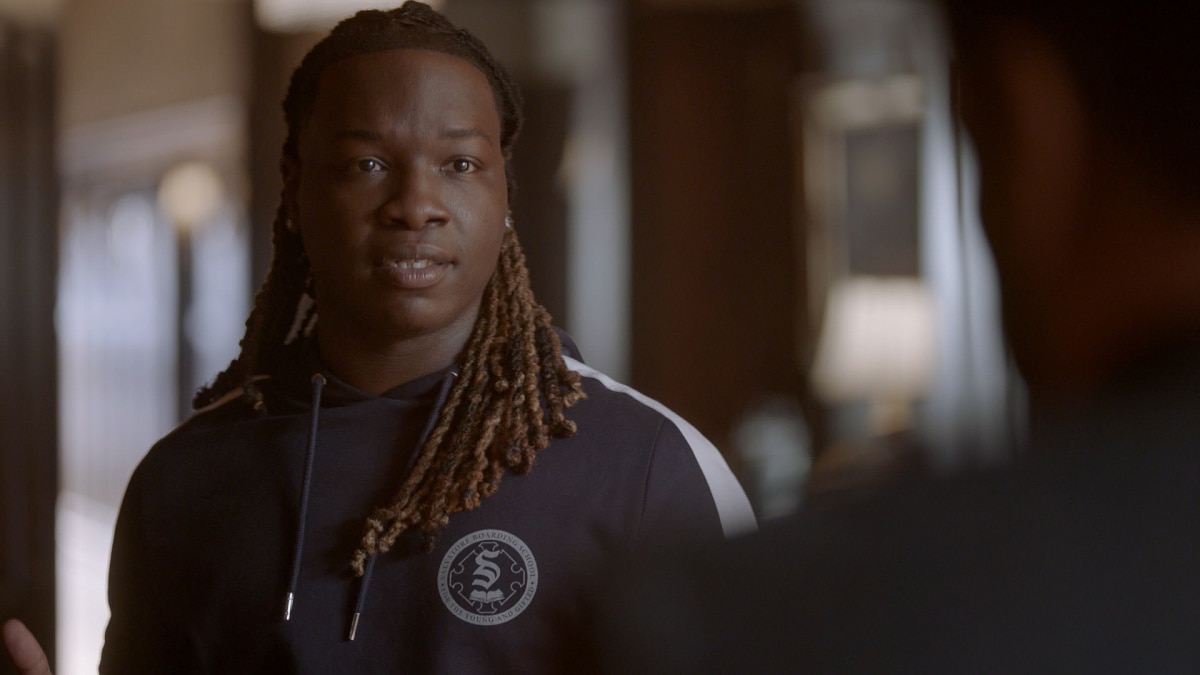 This episode really brings Hope, Lizzie (Jenny Boyd) and Josie (Kaylee Bryant) closer together; there has always been a sort of rivalry between the girls because Alaric uses to put Hope before his daughters.

This episode deals with this and ultimately brings these three characters closer together, with Lizzie and Josie wanting the best for Hope and helping her defeat Malivore.

The Star Wars-inspired elements weren’t as cheesy as I thought they may be, which I’m happy about and didn’t detract too much away from the story.

I found it clever that the reasoning behind these strange hallucinations is due to stories Lizzie and Hope wrote when they were 11 years old to deal with how they were feeling at the time.

It was a nice way for us to really understand the girl’s childhood together and it explains why there has always been so much jealousy between them especially when we met them in Season 1 Episode 1.

A real friendship and trust have developed between these three which is really nice to see how far and close they have become. 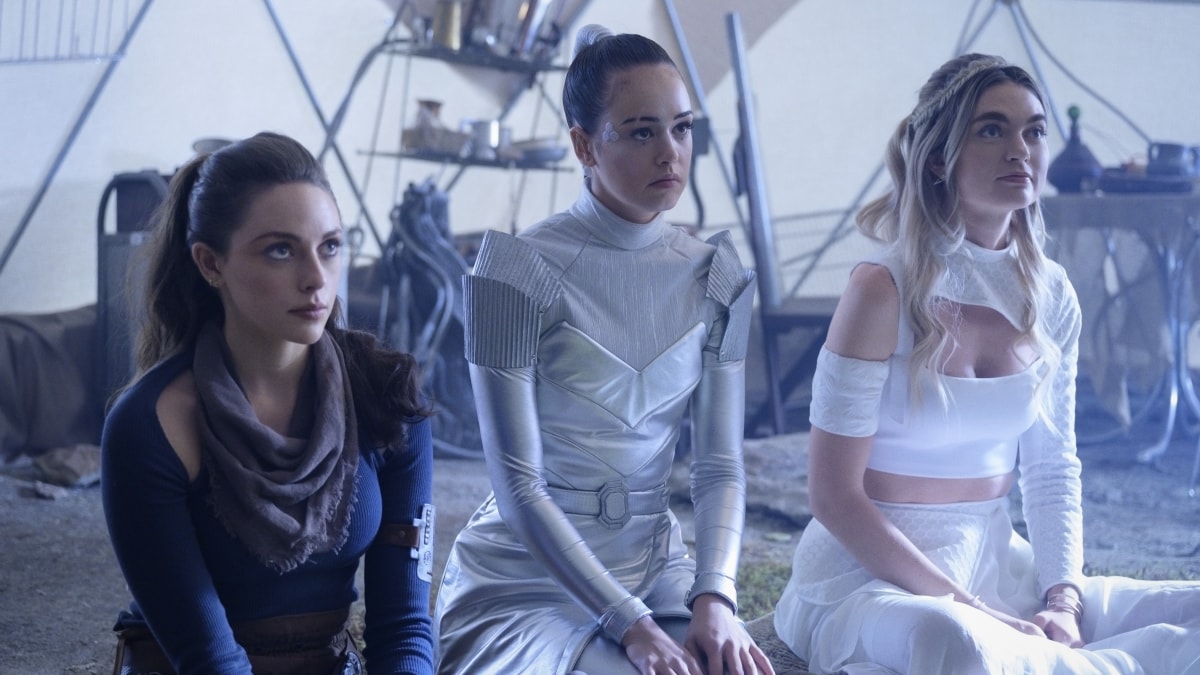 While the girls are hallucinating in a Star Wars story, the boys are in the real world trying to bury the Wendigo body. Kaleb (Chris Lee) is brushing MG (Quincy Fouse) off and not wanting to be around him as he is hurt and jealous. Kaleb wanted to be next to MG helping the humans of Mystic Falls and was hurt when he saw Ethan next to MG, therefore replaces him with Jed. The friendship between MG and Kaleb feels really real and honest. All friends fall out but they always make up in the end, thus their friendship is relatable and Lee and Fouse have done a great job in making us buy into these characters and their friendship.  It was strange that the boys made up quite quickly but then we wouldn’t have wanted this rift to be dragged out for too long.

Unfortunately, Jed (Ben Levin) is here for comic relief again but really is just ordered about and has no real impact in the scenes. I wish that the writers did more with this character because Jed could be a great character to watch but he is just used for humour which doesn’t really work. Also, I think Levin needs to be given a chance to show what he can do in this show; there could be more to this character, a deeper more serious guy yet we haven’t been given a chance to see that.

‘A NEW HOPE’ IS ALL ABOUT FRIENDSHIP 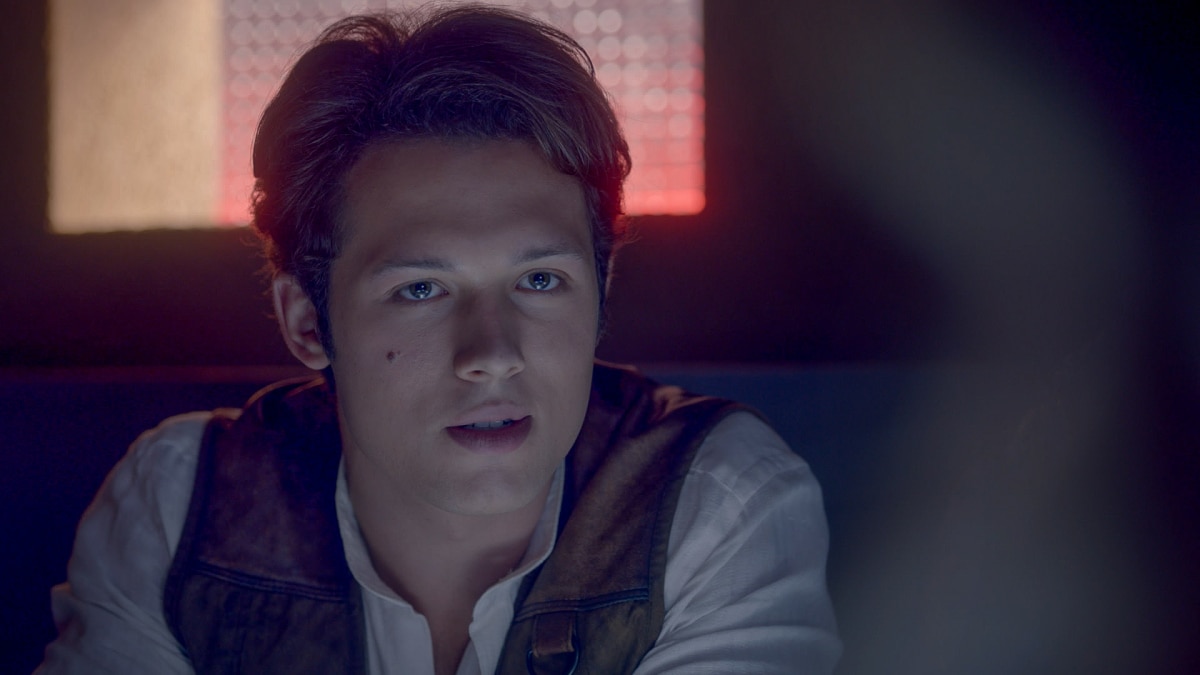 I liked that the episode was split between these two friendship groups and Alaric (Matt Davies) and Dorian (Demetrius Bridges), I think it worked well.

We were being shown different friendships, all having their issues yet by the end of the episode they were all closer or had resolved their differences.

It really did feel like a new beginning for them all which was nice as there is a lot of heartbreak and sadness in this show.

CLARKE IS BACK BUT WHAT DOES HE WANT? 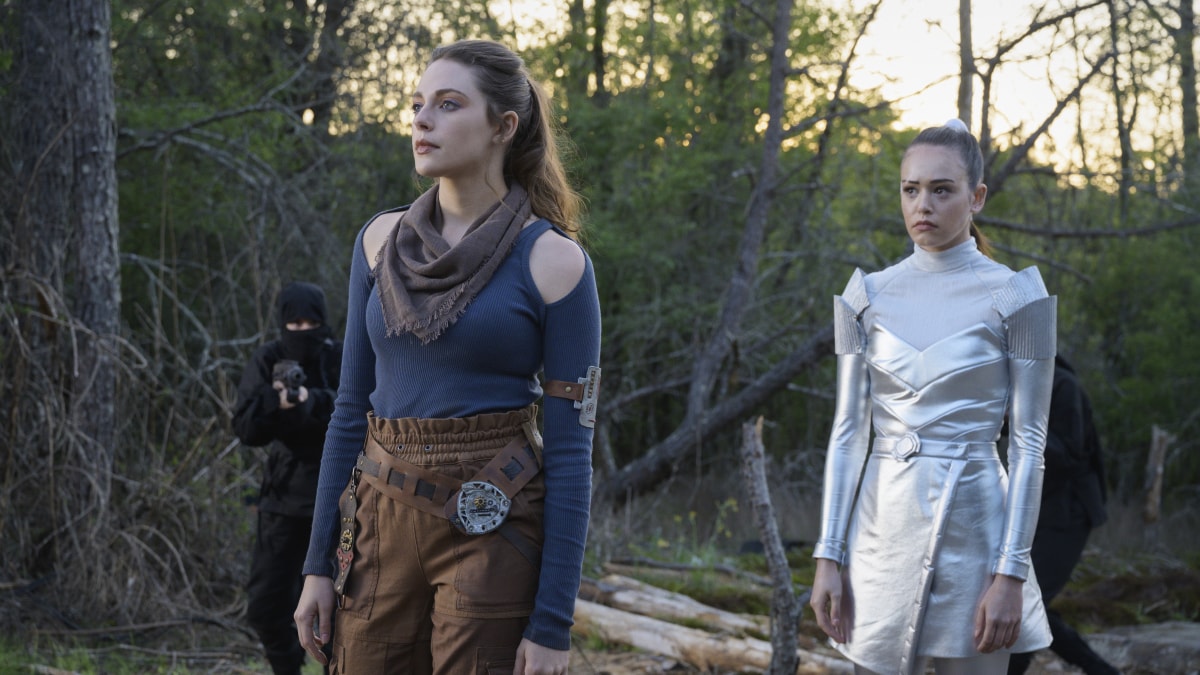 I liked the twist at the end with Clarke’s return, he was the monster who came out of the pit that Andi throw herself into in the previous episode.

We have been seeing Clarke (Nick Fink) appear in flashbacks throughout this season so it isn’t a surprise he has now shown up in the flesh.

However, now we have to wonder whose side Clarke is on.

It’ll be interesting to see how Landon responds to his brother coming back from the dead, this is us assuming this is the real Clarke.

This episode is all about friendship and teamwork, things that these characters are going to need to survive and defeat Malivore.

This was a much better episode than I was expecting and the Star Wars element worked.

I’m glad this episode didn’t just focus on Hope, Lizzie and Josie because if the writers had chosen to do that, I don’t think the episode would have been as enjoyable.

The Wendigo plot with Kaleb and MG didn’t feel as thought out as the girls but it still worked thanks to the actors.

The Clarke reveal at the end was unexpected and hopefully, that means the season finale will be a good watch as we learn what Clarke wants and how he is back.

We know from the flashbacks he has something to do with the artefact so his return has a lot of promise.

Also, Hope knows her fate so can we expect Hope to go full tribrid in the next episode?

However, as the next episode wasn’t supposed to be the season finale, I don’t think many things will be wrapped up therefore I think we may be left on a good cliff-hanger and a lot left unanswered.