Finally, this season is starting to excite me. I was wondering if the last episode of Legacies Season 3 would be a one-off but it looks like that maybe the writers have got a good storyline in place for this season.

‘All’s Well That Ends Well’ sees us discovering the truth behind Cleo (Omono Okojie) and why she is so important to Malivore. Alongside this Ethan (Leo Howard) is thriving with MG (Quincy Fouse) having powers, he believes they are real superheroes who must help solve crimes in Mystic Falls. 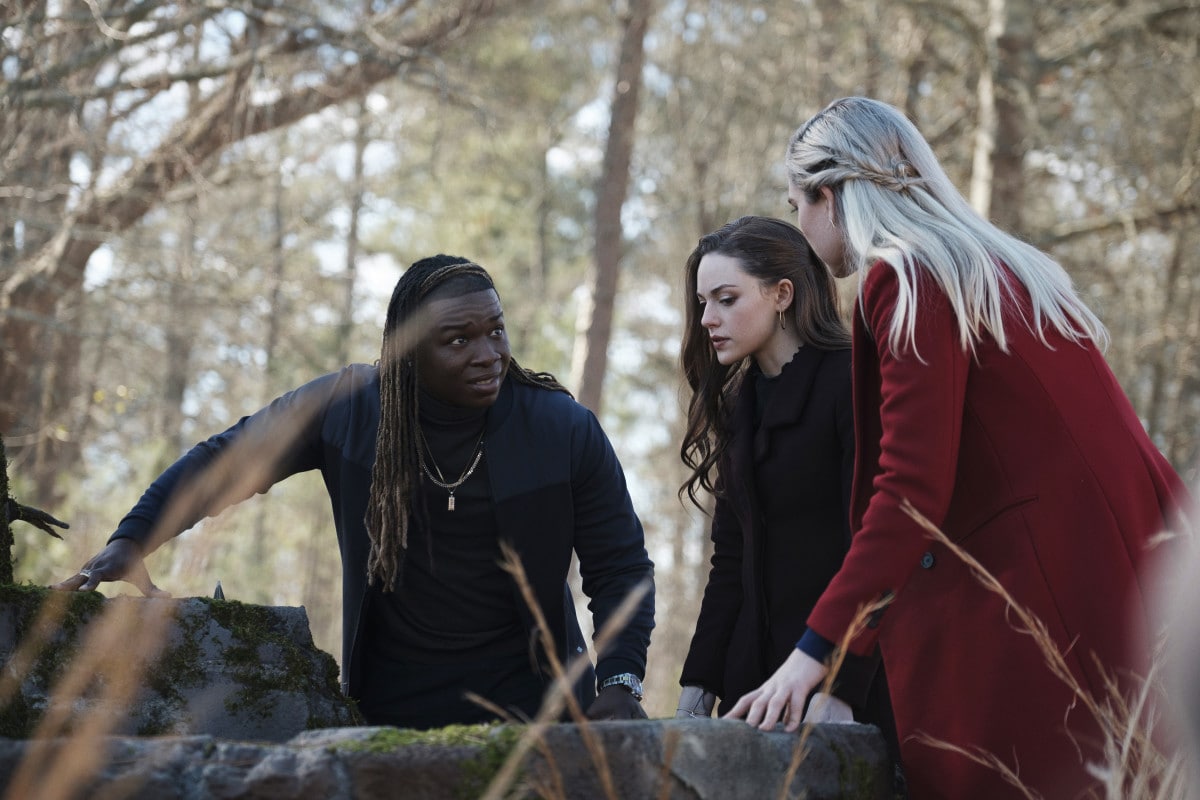 Here we go again, Landon (Aria Shahghasemi) is in troubling and he is going to die so Hope (Danielle Rose Russell) must save him. I’m not happy that this storyline has been brought back, however, at least the focus was put on Cleo, not Landon which made it more enjoyable watching. Monsters are attracted to Cleo because Malivore wants her; in this episode, the monster we face is a Banshee. The banshee was a great monster for this week’s episode, dark and full of secrets but hiding her own guilt and sadness, which added a surprising emotional element to this character.

Since we were first introduced to Cleo, she has been a great character to watch. She is so nice and comforting and seemed as if she just wanted the best for her friends and those around her. It has felt as there is more to this character than what we are being presented with. We were told that Cleo has been looking for a place to call home since her family including her sisters were killed but we don’t know who by. Omono Okojie always puts on a faultless performance and it’s great that we are learning more about her character and that Cleo is important to this season’s plot. It turns out that Cleo is the seventh daughter of the seventh daughter making her a muse, one very powerful witch!

WHO IS THE MASKED FIGURE WE KEEP SEEING?

We got to see the masked man/monster do something in this episode. In each episode, we get to see more of this mysterious person/creature/monster. In this episode, they actually do something, not a lot but something which is interesting to watch. This mysterious figure captures Cleo, only to run off once Hope turns up. In the end, this mysterious figure cuts a lock of hair from Hope and Landon, probably to use in some form of magic. Now it isn’t clear whether this figure is working for Malivore or has their own plans. It is hinted by Hope that there is some form of familiarity towards this character thus we can assume it is someone we have fought/met before but please don’t let it be the Necromancer!

At Mystic Falls High School, Lizzie (Jenny Boyd) is trying to help Josie (Kaylee Bryant) with her relationship issues with Finch (Courtney Bandeko), which happens to be the lack of dates and relationship. It isn’t surprising that Lizzie takes it upon herself to get involved with Josie’s love life problems; Lizzie has been feeling very pushed out and alone in recent episodes since her twin moved out. For while I’ve thought what if Finch was supernatural because it would throw a spanner in the works, considering Josie is trying to live a normal life. It was actually pleasing but also exciting for Finch to be revealed as a werewolf.

LIZZIE HIDING THE TRUTH FROM JOSIE, BUT WHY? 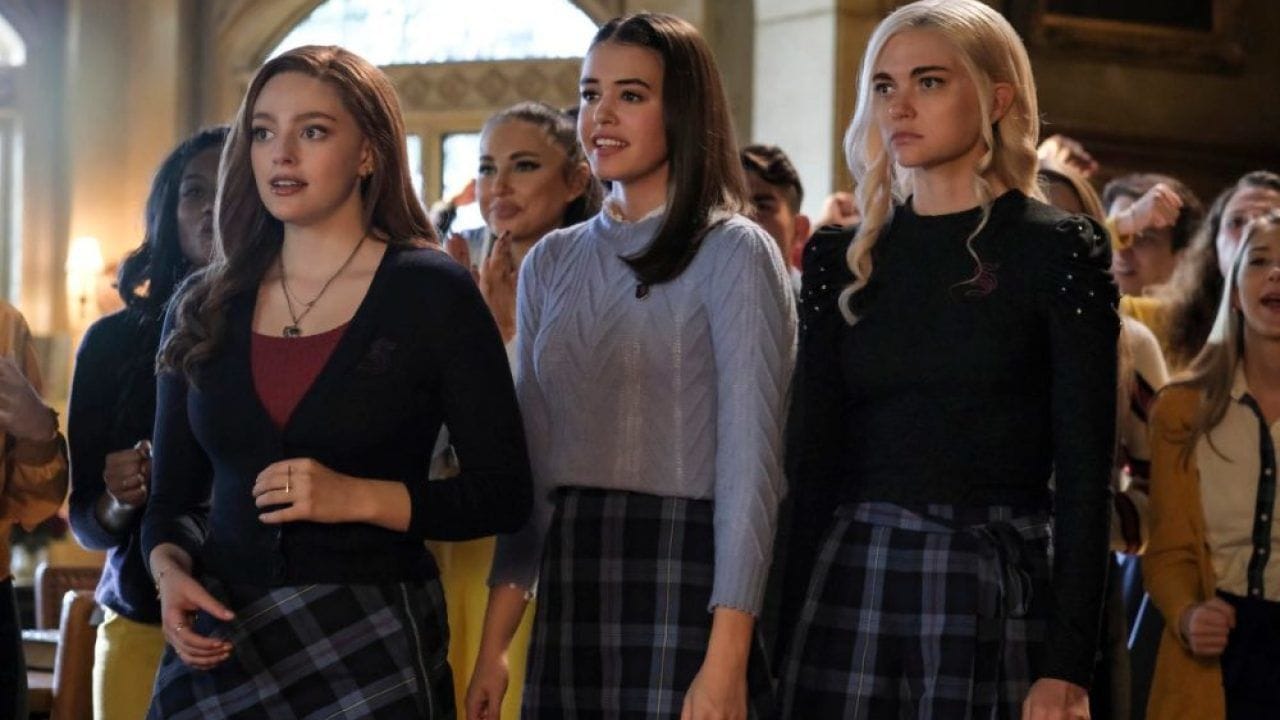 Lizzie knows the truth about Finch but decides to hide this information from Josie and at the time of watching, I wondered why. However, looking back it’s kind of clear why she doesn’t tell Josie the truth and that is she is trying to protect her sister, but also knows that Finch should be the one to tell Josie the truth. Josie should find out this information herself and deal with it in her own way. On the flip side though, Josie will be upset that Lizzie didn’t reveal the truth because the lie Lizzie has told has caused Josie upset and heartbreak. It feels as if the writers are trying to cause some drama between the twins and Finch.

Not only does Lizzie know the truth but so does MG and Ethan, it’ll be interesting to see how they will interact with Finch now and whether they become friends or not? In this episode, MG and Ethan have become a true team and trying to solve crime in the town. Ethan truly believes MG is a superhero is still unaware of the other supernatural’s in Mystic Falls until they bump into Finch during a full moon.

I enjoyed watching this new duo try to solve crime but also bond; Ethan is growing on me as a character because we are actually spending some time with him and learning how he is coping with life alone. MG, as always, is such a nice guy and he is going along with this superhero nonsense to help Ethan who is clearly struggling. This friendship is lovely to watch but I’m uncertain how long they will keep their secret friendship hidden, especially now Finch will be involved.

A fast-paced plot and some great character development, while throwing in some mysteries – what more could you ask for? I’m excited to discover Malivore’s intentions with Cleo and the true identity of the mysterious masked and hooded figure. This episode has set up some promising storylines with some great performances. With such a great episode I’m disappointed that we must wait 2 weeks for the next episode but due to the pandemic, we must wait to find out how our characters will cope after the events of the full moon.

What do you make of this review of Legacies Season 3 Episode 10?