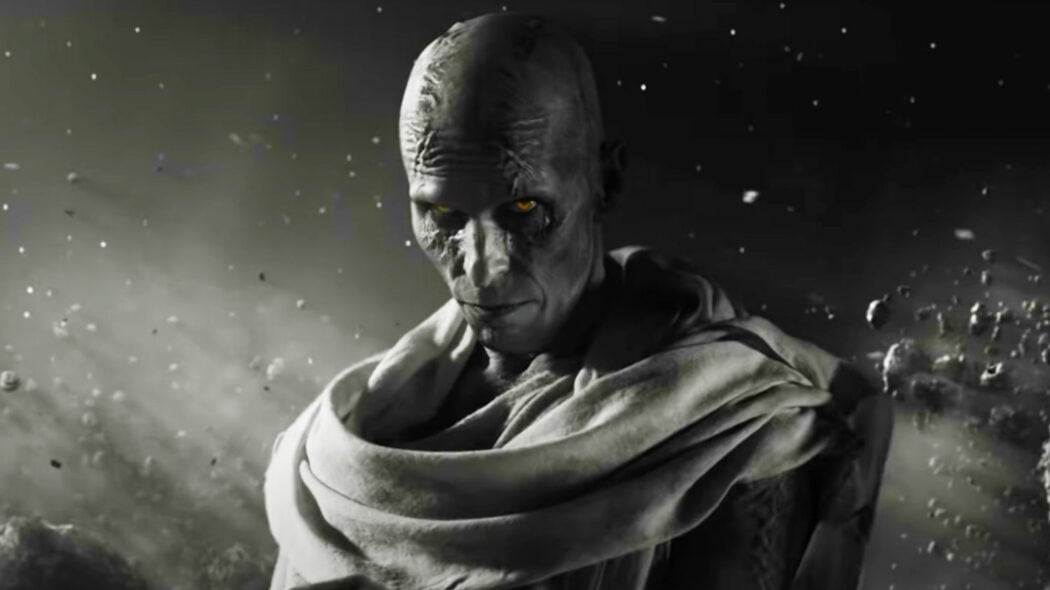 Christian Bale’s Kids Convinced Him To Do Thor 4

Christian Bale has revealed that his kids were the ones that convinced him to go ahead and make Thor 4 (Thor: Love And Thunder).

Bale revealed this during a recent interview with Screen Rant.

Here’s what he had to say when they asked him why he deiced to say yes to playing Gorr The God Butcher in Thor 4:

For me, it was Taika. I loved Thor Ragnarok, as did my family. We also all loved Jojo Rabbit, and then I had worked with Natalie and wanted to work with Tessa and with Chris. It comes down to that, really. I just went, ‘Great!’ Loved the script, loved Taika’s description of the villain. ‘Let’s go do this.’ There were some potential scheduling conflicts. I said to my family, ‘I don’t think it’s going to work out,’ and they went, ‘No, you make it work out. You’re doing this, Dad.’ They gave me my marching orders, and I dutifully obeyed.

Bale is, of course, not a stranger to the world of comic book movies.

He played Batman – aka Bruce Wayne – in the Christopher Nolan Dark Knight movies.

His performance as Batman was very well received and fans still talk about his version of Batman and would love to see him return to the role.

However, we’re equally as excited to see Christian Bale play Gorr The God Butcher in the upcoming Thor: Love And Thunder movie.

When it was announced that he would be starring as the villain in an MCU movie, we couldn’t quite believe it.

Bale had said in the past that he would only return for a comic book movie if it were directed by Christopher Nolan.

Sounds like his kids and Taika Waititi were able to convince him otherwise.

Thor: Love And Thunder is coming out in theatres on July 8th in the US and July 7th in the UK.