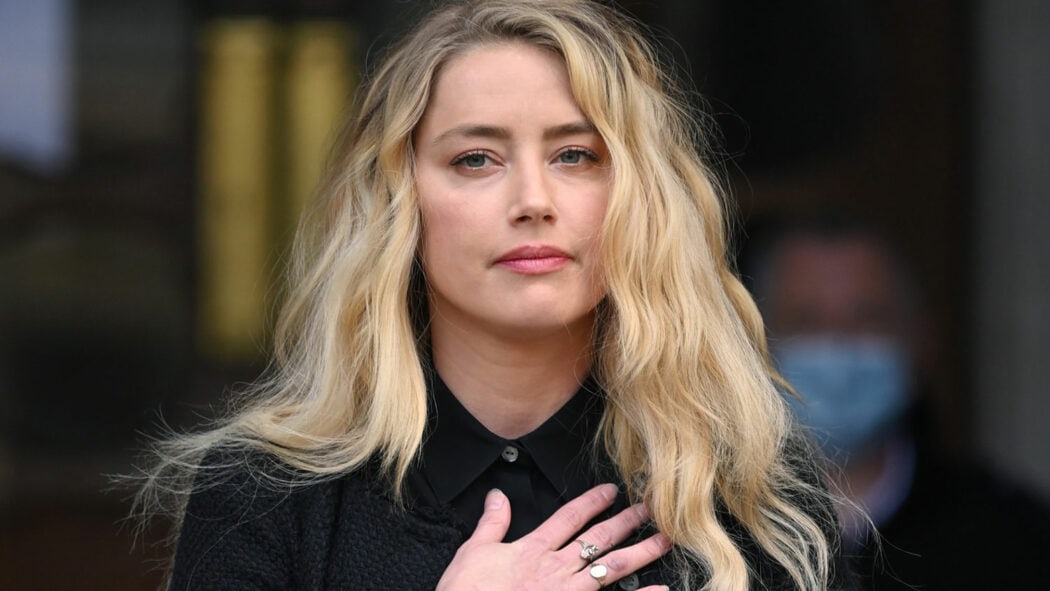 It’s been revealed that Amber Heard is still under investigation for potentially having committed perjury during a trial that took place in Australia.

This was revealed by Entertainment Tonight after they were told by a spokesperson at the Australian Department of Agriculture, Water and the Environment that Ms Heard was still under investigation.

Here’s what the spokesperson had to say on the matter:

The Department of Agriculture, Water and the Environment (Department) is investigating allegations of perjury by Ms. Heard during court proceedings for the 2015 illegal importation of (her) two dogs into Australia.

The spokesperson confirmed that the case is “ongoing.”

We previously reported that Amber Heard could very easily end up facing jail time if it turns out that she did indeed commit perjury.

This all has to do with a case that took place in 2015 when Amber Heard and Johnny were in Australia.

They were still married back then and Heard brought their two dogs into the country on Depp’s private jet.

However, she hadn’t filled out the correct paperwork to get the dogs into Australia.

Australia takes this sort of thing very seriously and it all became very public.

Amber Heard could be facing perjury charges in Australia

The Australian government was not happy with the fact that Heard has illegally smuggled the two dogs into the country.

They were two Yorkshire Terriers and they failed to go through customs and adhere to Australia’s required 10-day quarantine.

In July 2015, the actress was officially charged with two counts of illegally importing the animals.

Heard pleaded guilty to falsifying travel documents in court, and the case was closed.

Depp spoke out about the incident during a Jimmy Kimmel Live interview in September 2015.

“We were under the impression we had all the paperwork done for the dogs,” Depp explained.

“We were there with the dogs in front of everybody.”

Then, in April 2016, Johnny Depp and Amber Heard issued an apology via video which was rather cringing to watch.

In the video, Amber said she was “truly sorry” for not following the rules to declare the dogs.

Amber Heard could be facing jail time for this

However, even though the case is technically closed, a spokesperson for Australia’s Department of Agriculture, Water and the Environment told E! News in October 2021 the following:

The department is seeking to obtain witness statements and once obtained, the Commonwealth Director of Public Prosecutions will consider whether the evidence is sufficient to warrant pursuance of the matter.

This all comes after Johnny Depp ended up winning his defamation case against Amber Heard.

In the end, Ms Heard will have to pay Depp over $8 million and she might end up having to pay even more if she does go through with her appeal.

Do you think Amber Heard will end up being charged with perjury?