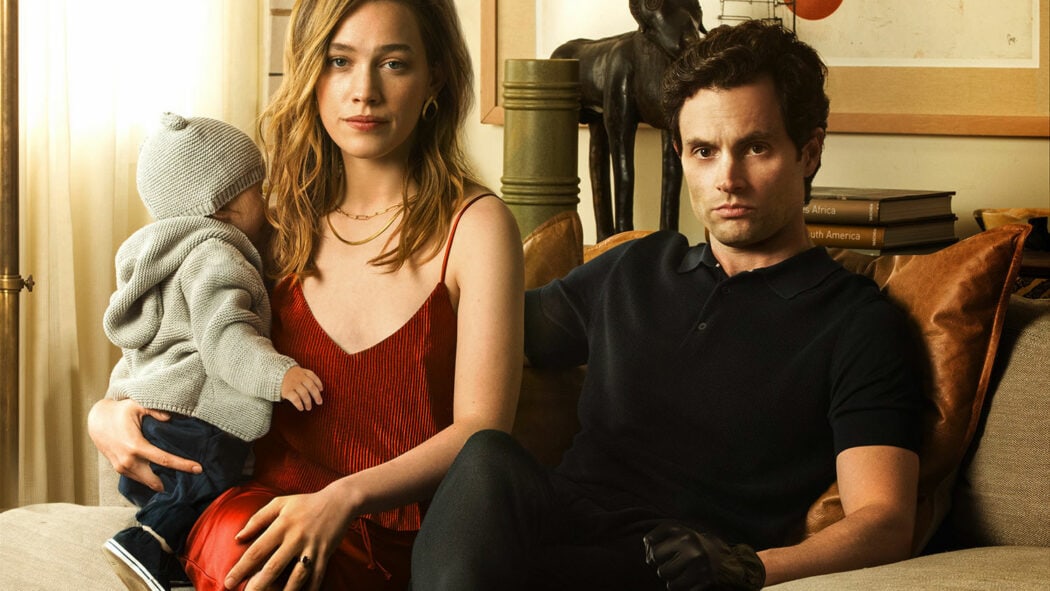 You Season 3: Everything We Want To See

Slated for a worldwide release on October 15th, Netflix will once again be reprising its critically acclaimed series You (Season 3).

Starring Penn Badgley in the lead role of Joe Goldberg, expectations have been significantly raised since seasons 1 and 2.

In the run-up to the incumbent release, a trailer has been released by Netflix, leading us at Small Screen to wonder what should we expect – so we compiled a list.

Be warned – there are some spoilers for the trailer beyond this point.

Make sure you watch it before reading on, if you’re going cold Turkey prior to binge-watching all of the series when it arrives on our screens and laptops. 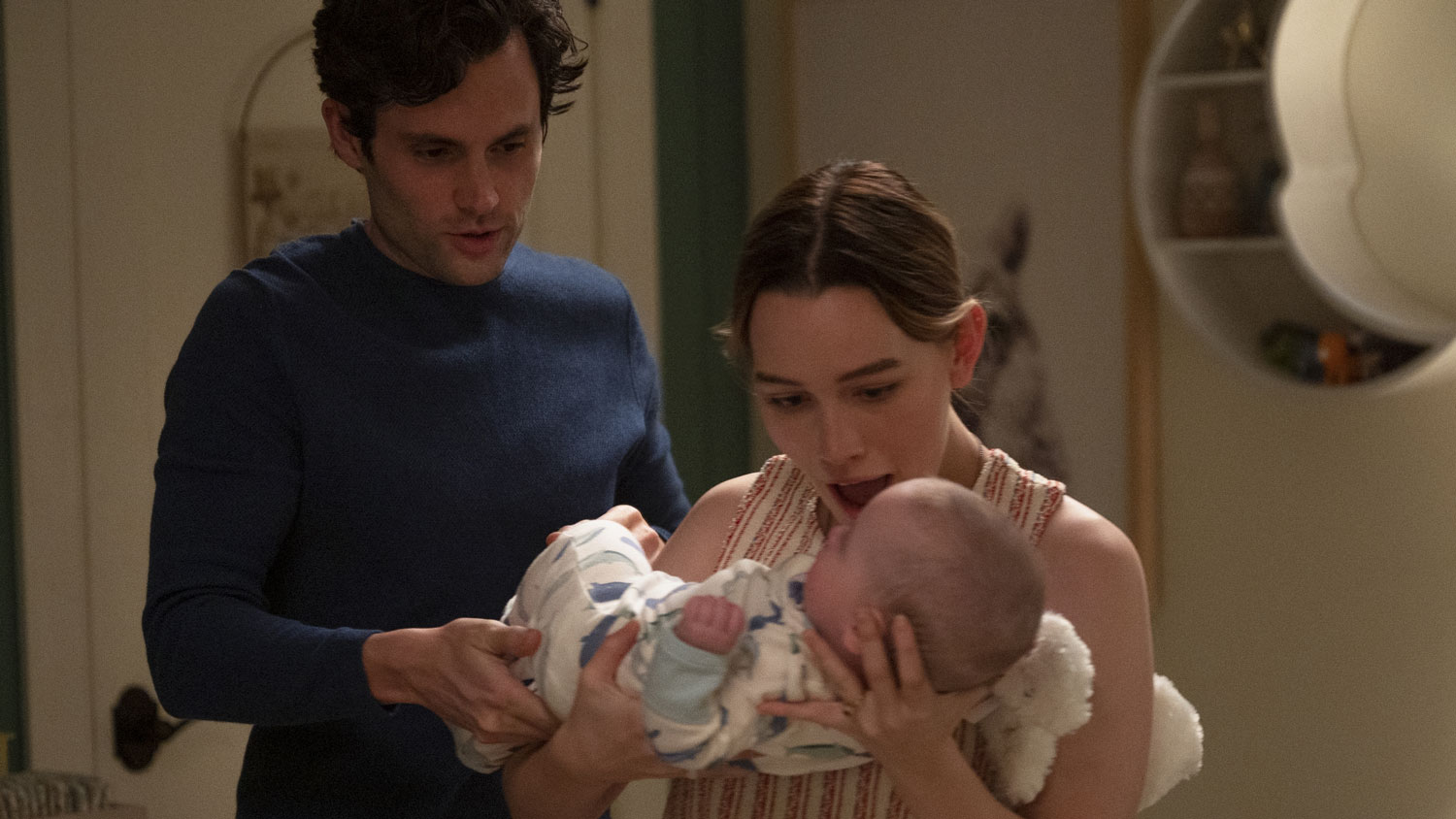 At the end of You Season 2 we were aware that Joel and the character of Love had finally got together.

They seemed very cringey at times – we all remember the ‘I wolf you’ scene. (Ugh! Ugh! Ugh! Even the memes were laughing at how cringey this particular scene was.)

However, we also eventually became aware of the fact that they both had seriously unhinged tendencies, such as when it comes to stalking, bodily harm, obsession, and many other dark subjects.

In the opening of the trailer, Joe’s character VoiceOver suggests feeling scared, panning to a shot of Love having just given birth to a child, literally splayed out over the dramatically bloodied delivery table.

The toxic couple arguably pose a danger to their child – what will happen next?

Justice and accountability for the stalking by Joe. Period.

There is a problem with You in how it has been watched – enough so actor Penn Badley pointed out on social media you are not supposed to like the character, for he is a stalker, arguably a murderer, and probably a psychopath as well.

There was a significant portion of the audience who confessed they had started to taking on the perspective of Joe, finding him to be more ‘eye candy’ than anything else, confessing their love of the character.

Joe Goldberg is a deeply troubled individual who posed a significant danger to all the other cast of characters.

He is a stalker, a serial killer, a misogynist, a sexist, and so many other alarming labels.

It is not clear if this is the final season, or if there will be a renewal – but there needs to be some accountability for the character of Joe or the very least the ending we need to draw him to a close.

There would be character development as a result, and it would be a perfect story arc if he ended up in the slammer.

One striking thing about the trailer for series 3 is the tropes we take for granted being turned on their heads.

Joe and Love live together, probably having fled their last environment to avoid being held accountable.

They have since become the young couple next door, newly married, completely ordinary, probably wanting to start a family soon.

The trailer for season 3 of You then on rapidly descends into some very dark themes – and it seems that, truly, the couple cannot give up their terrible, murderous, creepy habits.

They have to tell themselves out loud that they are a normal couple, that this is a fresh start for all, they have a family now thanks to the baby.

It’s going to go wrong, clearly – why else would there be a series for us to watch?

However, Love should also be held accountable for her past crimes, as well as some analysis given to her role in this Sweeney Todd-esque partnership.

She is arguably an enabler of Joe, and that needs to be highlighted in the same way as him not being the ‘eye candy’ trope as explained earlier on.

Couples therapy in You Season 3? Really? How, just how, is this going to work? 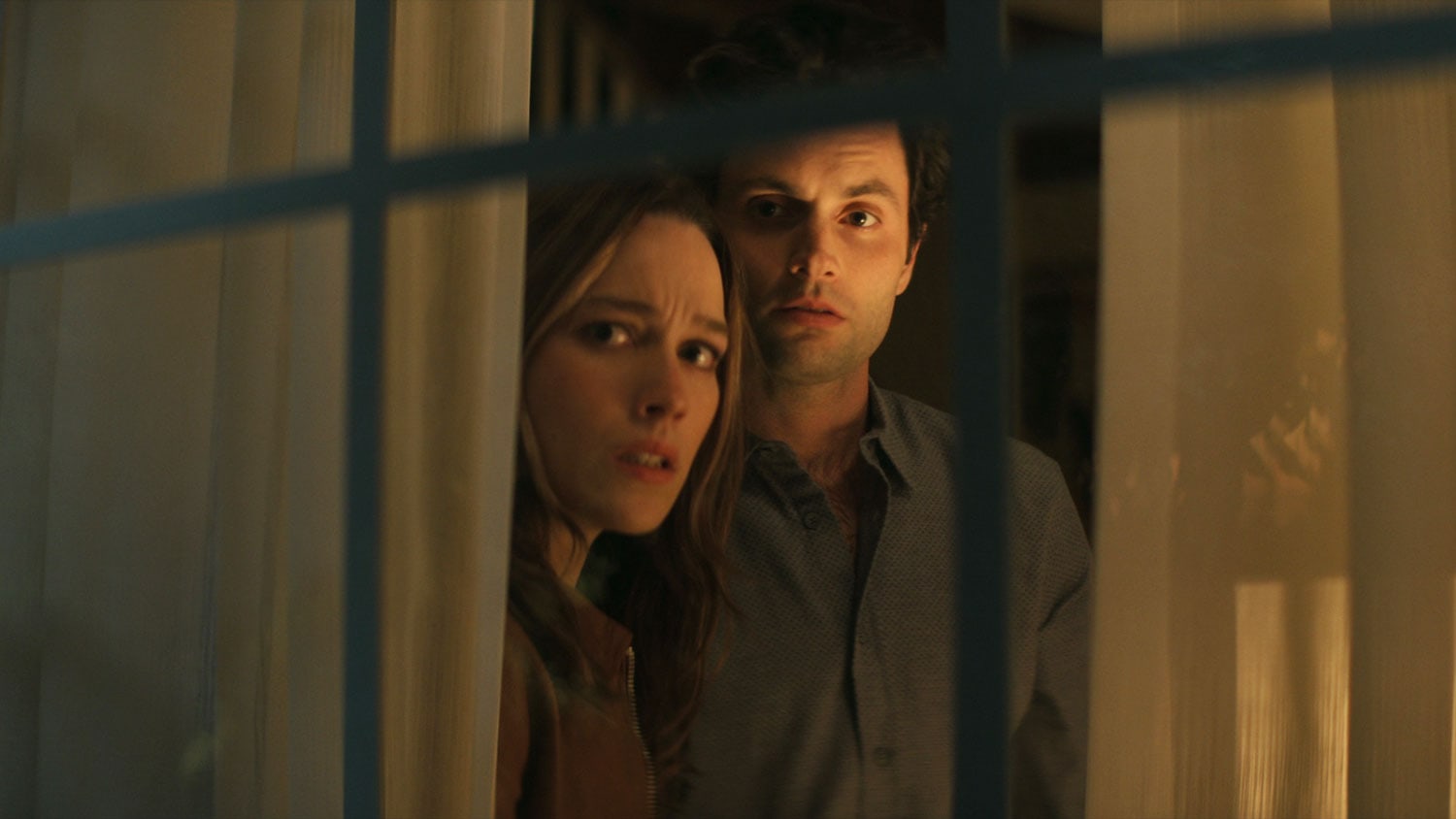 Read more: 8 Things We Want To See In Lucifer Season 5 Part B

The trailer shows a development of the couple’s relationship – and it seems that Love is either a true believer of this facade of ‘the couple next door’, or is trying to desperately cling on to it for the sake of appearances.

It seems a row directly leads to couple’s therapy being insisted upon – which we see various shots of throughout.

Couples Therapy for this extremely toxic couple seems a bit… like a script device that has the potential to go really badly wrong in coming across as very stilted or to work incredibly well.

Lucifer – another Netflix series – used therapy as a recurring theme, in order to build character development.

Will this work? It could do – or it could give all types of therapy everywhere a bad name.

Netflix has been bringing its A game with the music it has chosen for original series’ lately – such as with Lucifer, Money Heist, and so much more.

From the trailer, You will be soon joining the ranks of the excellent soundtracked series’.

An analysis of toxic relationships – and not being normalised

Sometimes the media we consume on our screens has been criticised – snd we need to talk about how often toxic relationships are presented as being, well, normal.

Case in point: Bridgeton. The main partnership there had some very toxic elements, enough so an opinion piece about that won a lot of attention online.

Joe and Love are a toxic couple, and the way in which You has been received at times has been problematic.

We deserve an analysis that will at least make us think about certain themes. 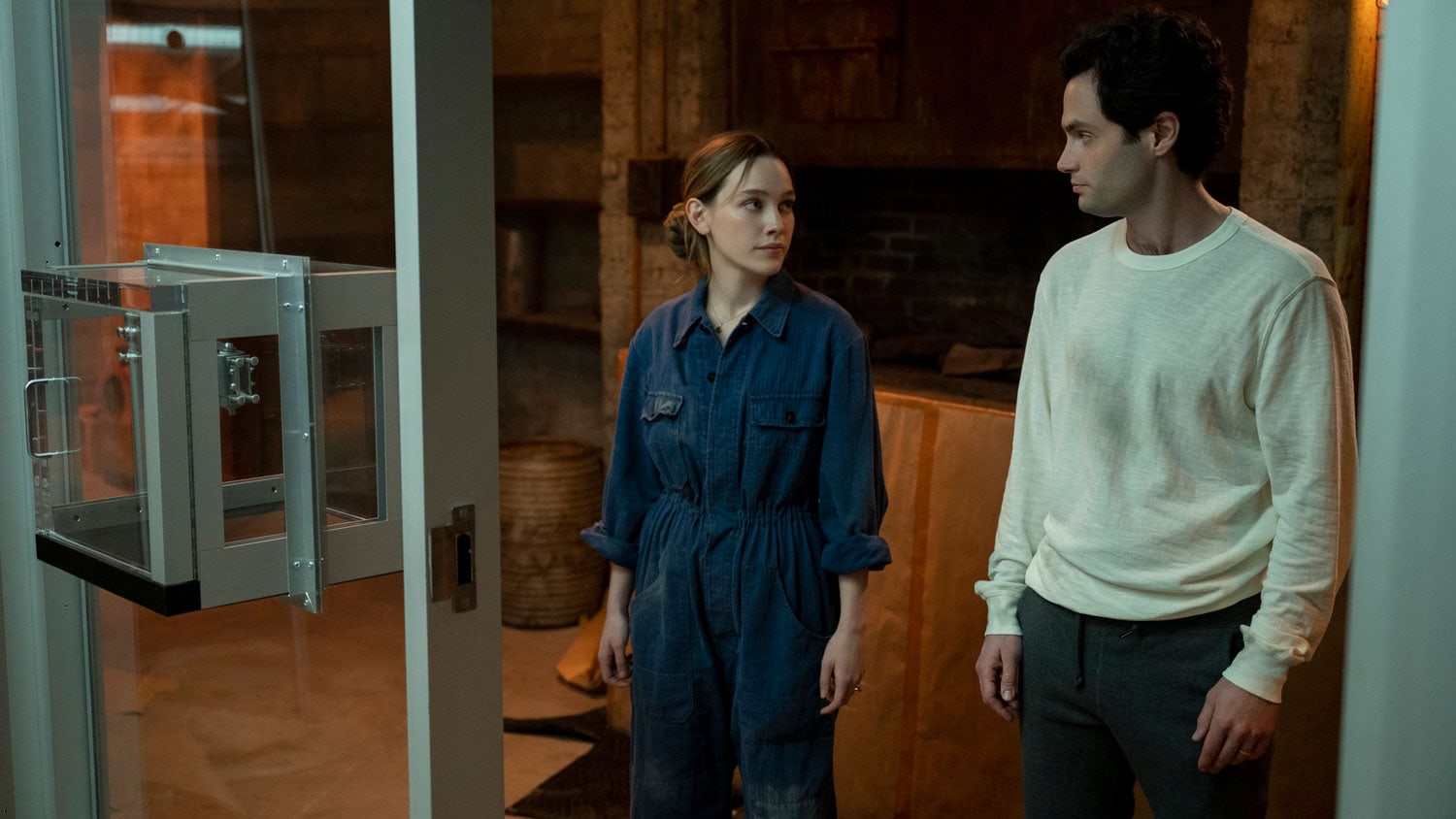 The closing scene of the trailer has a panning shot that seemingly suggests that the couple has murdered someone together, as things had begun to escalate once again.

The shot ends to show what is presumably their child close by, in a portable handheld bed, on the scene, too.

Who has been murdered and why?

Season 3 of You will be released worldwide on Netflix on October 15th 2021.