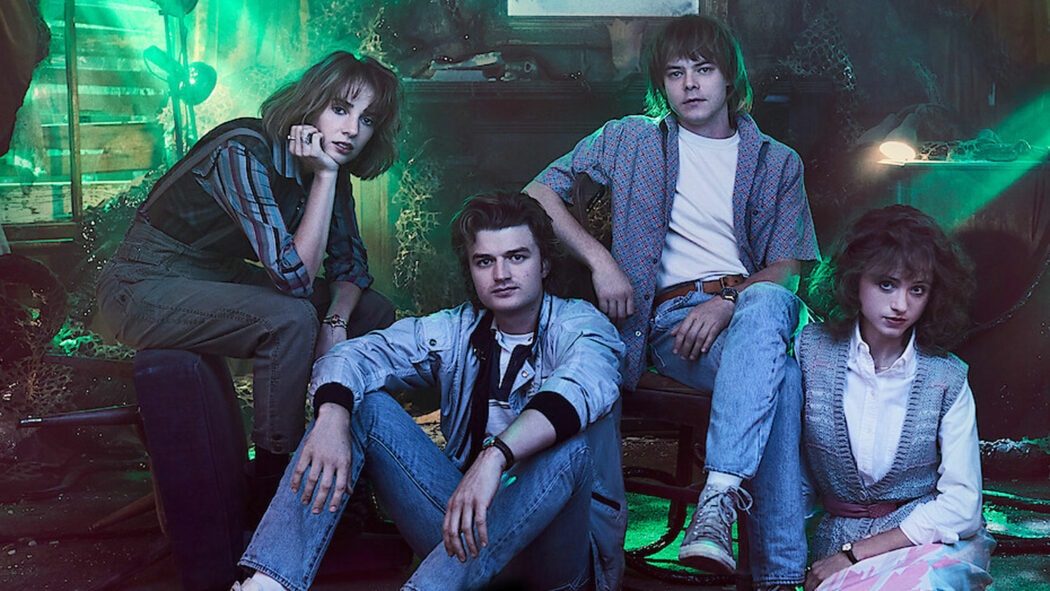 It’s been revealed that there will be five deaths in Stranger Things Season 4 Volume 2 and we wanted to try and work out which character will die.

So, it seems to be pretty much nailed on that five characters will die in this finale for Season 4.

The finale is going to be about 4 hours long, and it seems as though those hours will be peppered with many deaths.

With many deaths will come many tears!

Yep. We’re going to be crying a lot whilst watching these final two episodes of Stranger Thing Season 4.

How do we know that there will be five deaths in Stranger Things Season 4 Volume 2?

The fact that there would be deaths in the upcoming finale was revealed by Noah Schnapp during his recent appearance on The Tonight Show Starring Jimmy Fallon.

He told Jimmy: “You can expect from Volume II, we’ve got some deaths coming, some gore, and a big–” before Jimmy’s shocked face stopped him in his tracks.

He continued: “Well, you guys can assume that, obviously, somebody’s going to… (mimes dying)”, before adding: “Well, I’m done here because you’re scaring me.”

There will be five deaths in Volume 2

So, yeah, there are going to be deaths in Stranger Things Season 4 Volume 2.

The two bumper-length episodes have just dropped on Netflix, but before they landed on the streaming platform, it was revealed that there will be 5 deaths in Stranger Things Season 4 Volume 2.

So, let’s talk about which characters are pretty much safe from being killed off.

The main one is Eleven. I highly doubt they will kill off Eleven before the end of the show.

We know that Stranger Things Season 5 will be the show’s final season.

I would expect Eleven to get to the very end of the series.

The other youngsters are also – in my mind – pretty much safe. (Famous last words)

This means that I think that Dustin, Will, Lucas and Mike will all make it to the final season.

They are the original Hawkins gang and I think they’ll make it.

I’m not so sure about Max. I’m hoping that Max will make it to the end, but there’s something about her story arc that makes me think that she’s in danger of being killed off.

The ones that I believe are really in danger of being killed off at the older Hawkins characters.

So, I think that Steve, Nancy, Jonathan, Robin and Eddie are all in danger of being killed off.

My money is on Jonathan being killed off.

I don’t know why, but I just think that his character has outstayed his welcome in a strange way.

I am very, very worried that Steve could end up being killed off.

There have been ‘Protect Steve’ posters put up by Netflix, which worries me.

I do think one of these characters will be killed off in Season 4’s finale.

However, I do think the adult characters are much more likely to be the ones up for the chop.

So, this means that Jim Hopper, Joyce Byers and Murray Bauman are in danger of dying in the finale.

The character that I’m 99.99% certain that Dr Martin Brenner is going to be killed off.

He’s the one that I’m sure will be killed.

I also think that Enzo and Dimitri will be dead by the end of Season 4.

Finally, there is something about Will’s story arc that worries me.

I think that he might end up sacrificing himself to save his friends.

So, here’s my pick for the five that die in Season 4:

Yep, I didn’t mention Karen – Nancy’s mom – yet, but something tells me that she’s going to be killed off in this finale.

There have been lots of character posters with her in them and she hasn’t been in the season all that much up until now.

Which characters do you think will die in Stranger Things Season 4 Volume 2?