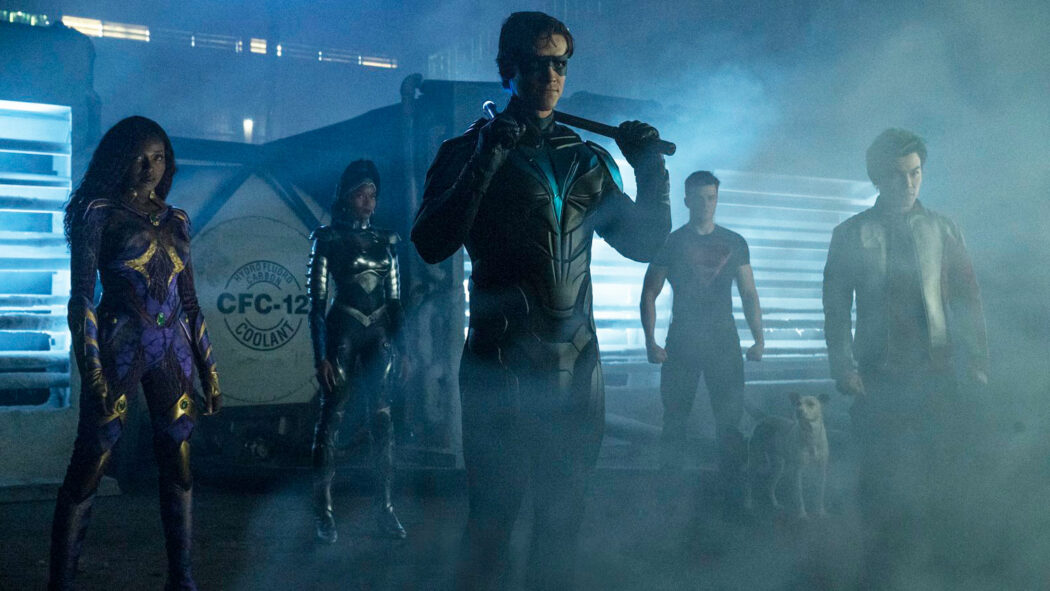 This is an interesting episode of Titans Season 3; it has some surprising moments and it is hinted we might actually get to see Gar have his own sort of story. Everything is moving along nicely plot-wise, it’s just this episode doesn’t feel as exciting to watch compared to the previous episodes. It feels as if something is missing. It was a good watch but I’ve come away feeling as if I wanted more.

JASON FACES THE CONSEQUENCES OF BETRAYING SCARECROW. WHAT WILL CRANE DO NOW?

Jason (Curran Walters) receives the consequences of betraying Scarecrow (Vincent Kartheiser). I thought it was interesting that Jason went back to brag what he did to Crane, but I felt it was unnecessary. I’m not sure what Jason was trying to prove, maybe he thinks he’s tougher than he really is. The issue is that Jason is dealing with a criminal genius and Jason can barely be a good guy let alone be a villain. I do wonder what will happen to Jason now he is basically Crane’s prisoner. However, he could always be used a leverage against the Titans. It is clever that the thing that made him feel fearless is the thing that has caused all this damage and got him caught.

Scarecrow is always one step ahead and has thought everything out when it comes to his plans. When things are out of his control, he doesn’t like it. That happens in this episode that his plans don’t go the way he saw them. I felt like Vincent Kartheiser’s anger could have been performed bigger to let us really see the stress and anger his character is feeling. I felt like there could have been more panic that he was going to get caught, it was just a bit flat for me. He has worked hard on this plan and it all went wrong so you would expect a good reaction. Crane has been working on this one plan for a long time and now it has been destroyed, I wonder what his next move will be. Will he continue with the gas or does he have another way to bring chaos to Gotham?

BLACKFIRE GETS TO SUIT UP AND JOIN THE TITANS, BUT HOW LONG WILL THAT LAST?

Starfire (Anna Diop) and Blackfire (Damaris Lewis) are beginning to trust one another and help one another which is nice to see. The sisters help out one of the mobsters in exchange for information about Jason and Crane. I like Diop and Lewis in scenes together, I do feel like they are sisters. It feels as if they have a shared history and a past which is difficult and fractured but it’s could be healing. I do wonder how long this united sister act will last. As mentioned in previous reviews it has been said that Blackfire is someone to watch out for, so I’m not sure what will set her back on her evil ways.

With that being said I like the interactions between Blackfire and Superboy/Connor (Joshua Orpin). Blackfire gets her superhero suit in this episode and the transformation is impressive but it’s made better with Connor’s speechless response. I like the dynamic between Connor and Blackfire, there is a foundation for a really good friendship. A part of me wonders if Blackfire will try to get Superboy involved if she does go bad. Only because Connor has been worried about his dark side, I doubt he would go bad but it would a good character development for him.

I think it’s interesting how adamant Gar (Ryan Potter) has been about finding and saving Jason. He still believes that Jason can be good. Gar goes snooping around Jason’s old room and find a letter from Molly, saying she wants to help him. Ryan Potter doesn’t get hardly any screentime and at times I feel like he being used as a spare part. I want Gar to have his own story, so we can spend more time with him and learn more about this character. On the quiet I think Gar means a lot to the team and yet he isn’t seen enough. Gar finds Molly and now we have a possibility for Gar to go on his own mission in trying to help Jason. It might lead him into danger but I think that would be a great watch and give Potter more time to show us what he can do. Potter is always good in scenes but I think he needs to be given some space to really show us what he is capable of. I’m also glad that Eve Harlow is back and we will see more of her because she made a good impression when we saw her last.

THE ROMANCE IS RISING BETWEEN DICK AND BARBARA 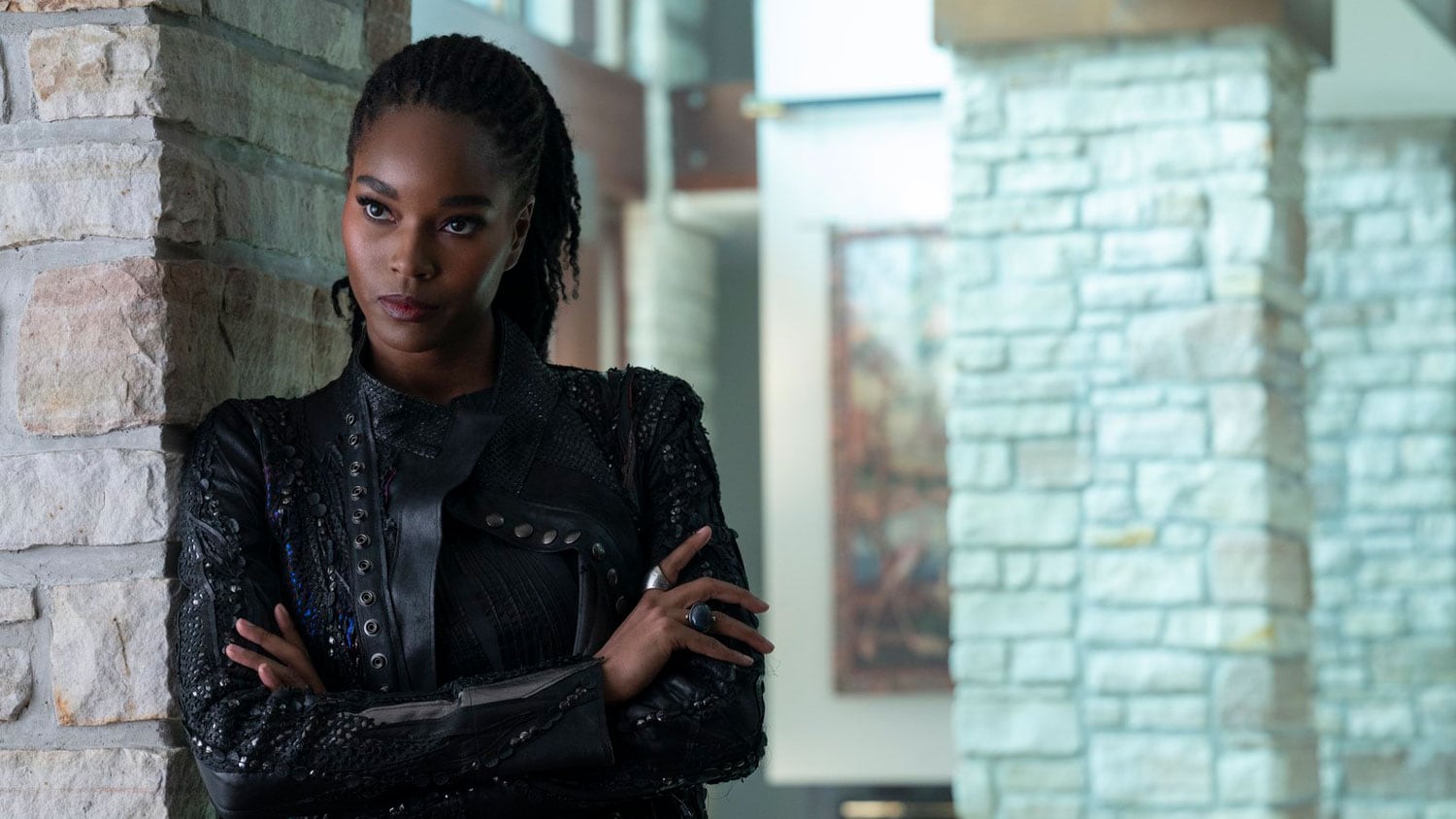 Dick (Brenton Thwaites) and Barbara (Savannah Welch) are their own team in this episode. They try to work together to figure out Crane’s plan and seek advice from the Oracle. This episode has shown that Barbara is a real worrier, she makes rash decisions instead of thinking about all the options through. Yet when it has anything to do with Dick, she thinks with her heart. The romance is rising between this pair and is even sealed with a kiss at the end. I do wonder if this romance will bloom into anything but that could hinder the investigation. Also, Lady Vic is nowhere to be seen in this episode so she could use either Dick or Barbara as a hostage to make the other do whatever she wanted.

AN AVERAGE EPISODE, WHICH NEEDED A BETTER FIGHT SEQUENCE

The fight scene in this episode of Titans, was a chance for the Titans to really show off their moves. It was alright, I don’t think it was anything special, I wasn’t blown away by it. It was nice to watch everyone fight and use their powers in their own way. It felt as if it was over before it really started, it was a very easy fight for our Titans.

Overall, this was a decent episode, Scarecrow is now on the run with his prisoner Red Hood. All of his plans are ruined so I’m excited to see what he will do next. I’m enjoying Lewis’s performance more but I feel like she has to turn bad soon. I really want Potter and Orpin to have more screen time for us to learn more about their characters because I don’t feel like they have had a real opportunity yet. This was a good episode I just wasn’t blown away by anything I saw.