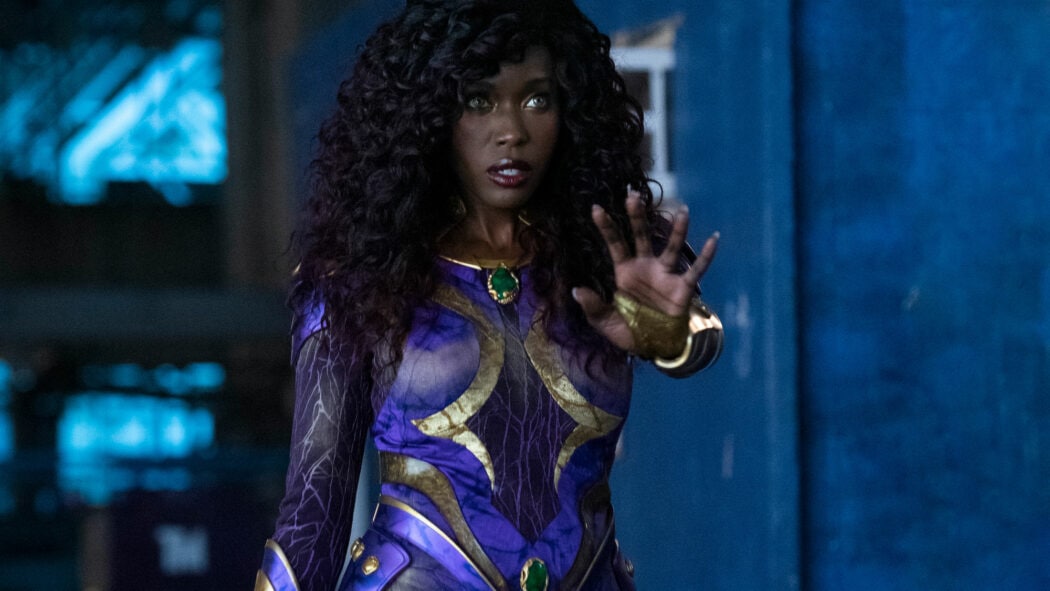 After Hank’s death, no one would be sure how the Titans would react.

Everyone is grieving in their own ways, Superboy is blaming himself, thinking he should have done more.

While Dawn is utterly heartbroken and decides to go to Paris to sort her head out.

However, the focus in this episode is split into two stories running side by side.

We spend a lot of time with Starfire and Gar, as Starfire discovers what her visions mean.

While Dick has a plan on capturing Jason which involves Scarecrow. 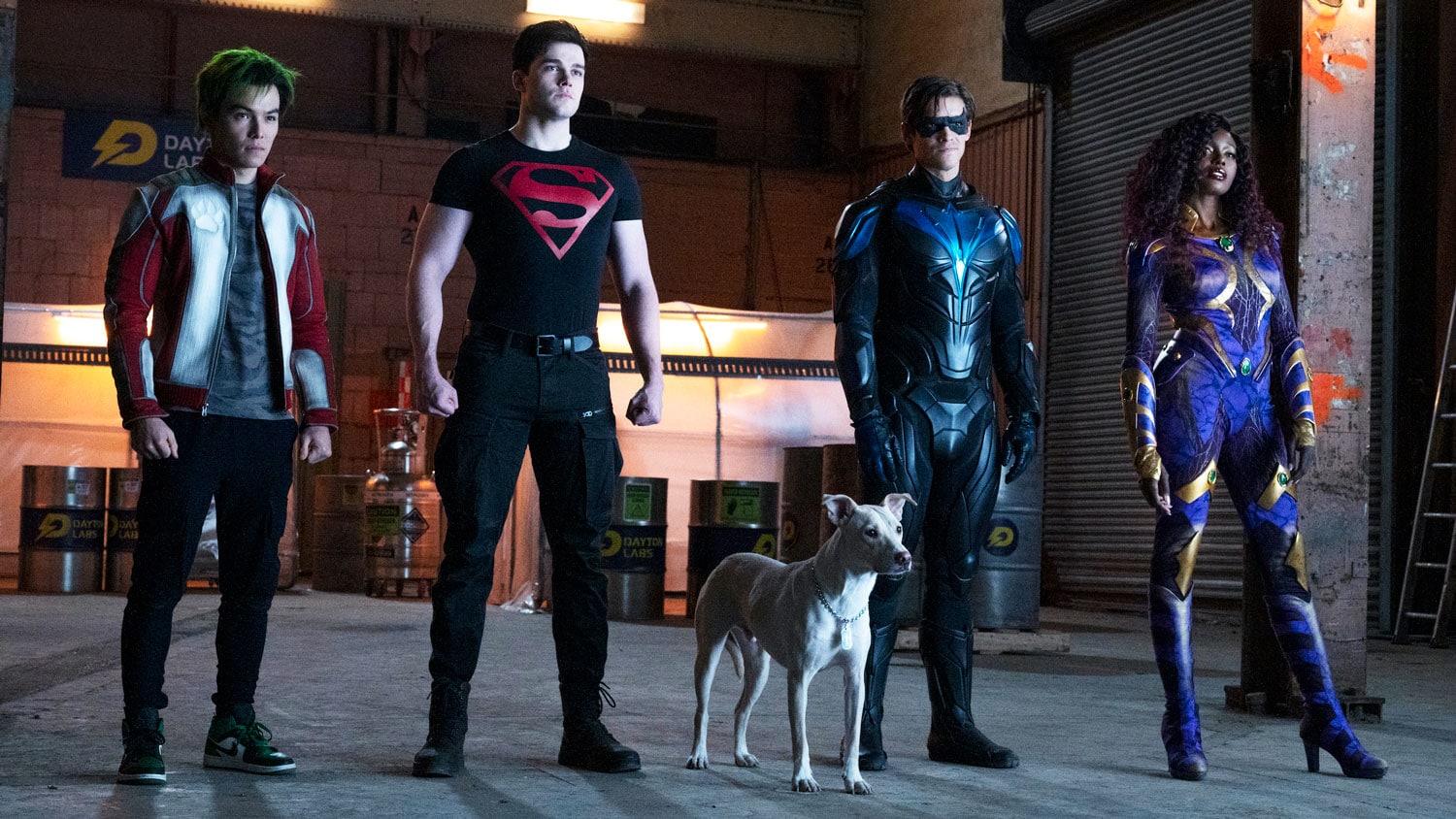 For the first three episodes in this season, Starfire (Anna Diop) has been having strange visions, where she is strapped to a bed and been taking down a very dark and eerie looking corridor.

Again, these visions have taken a hold of Starfire and she ends up fighting Gar.

It is interesting that these visions are being resolved so quickly.

A part of me does think that maybe the mystery of what these visions meant could have been dragged out more, but I guess the writers wanted to introduce Blackfire (Damaris Lewis) quickly.

Blackfire is Starfire’s sister, but she is seen as bad and not to be trusted.

This episode really tried to push the idea that Blackfire has been disadvantaged growing up which now results in her actions.

She believes she had life tougher than her sister and wished she had a sister that would stick up for her and protect her.

The scene when both sisters come face to face, felt like we were watching siblings quarrelling.

It was very fast-paced but worked really well, it was interesting to see the dynamic between both characters.

I think Lewis is going to make a really great addition to the cast and I’m excited to see what Blackfire’s involvement in the series is going to be.

We already know that she is someone we will be fighting, but I’m intrigued to see more of this character.

SUPERBOY AND GAR NEED TO HAVE THEIR OWN STORIES THIS SEASON

We know all the Titans are grieving, I do think it was a shame we didn’t get to see more of Superboy (Joshua Orpin) in this episode.

He is clearly doubting his abilities and blaming himself for Hank’s death.

I hope we get to spend more time with this character in upcoming episodes, so he can have time to develop as a character.

With that being said, there is clearly tension between Gar (Ryan Potter) and Superboy, but I quite like that Gar cares.

He seems like a good guy who tries to help his friends but gets pushed away quite a bit.

I feel like there could be a lot more to this character, but Potter does a great job in this episode, being the friend to come to for help.

Although, I do hope Gar has his own story in this season and isn’t just helping everyone else in their own stories.

SCARECROW ADMITS TO EVERYTHING 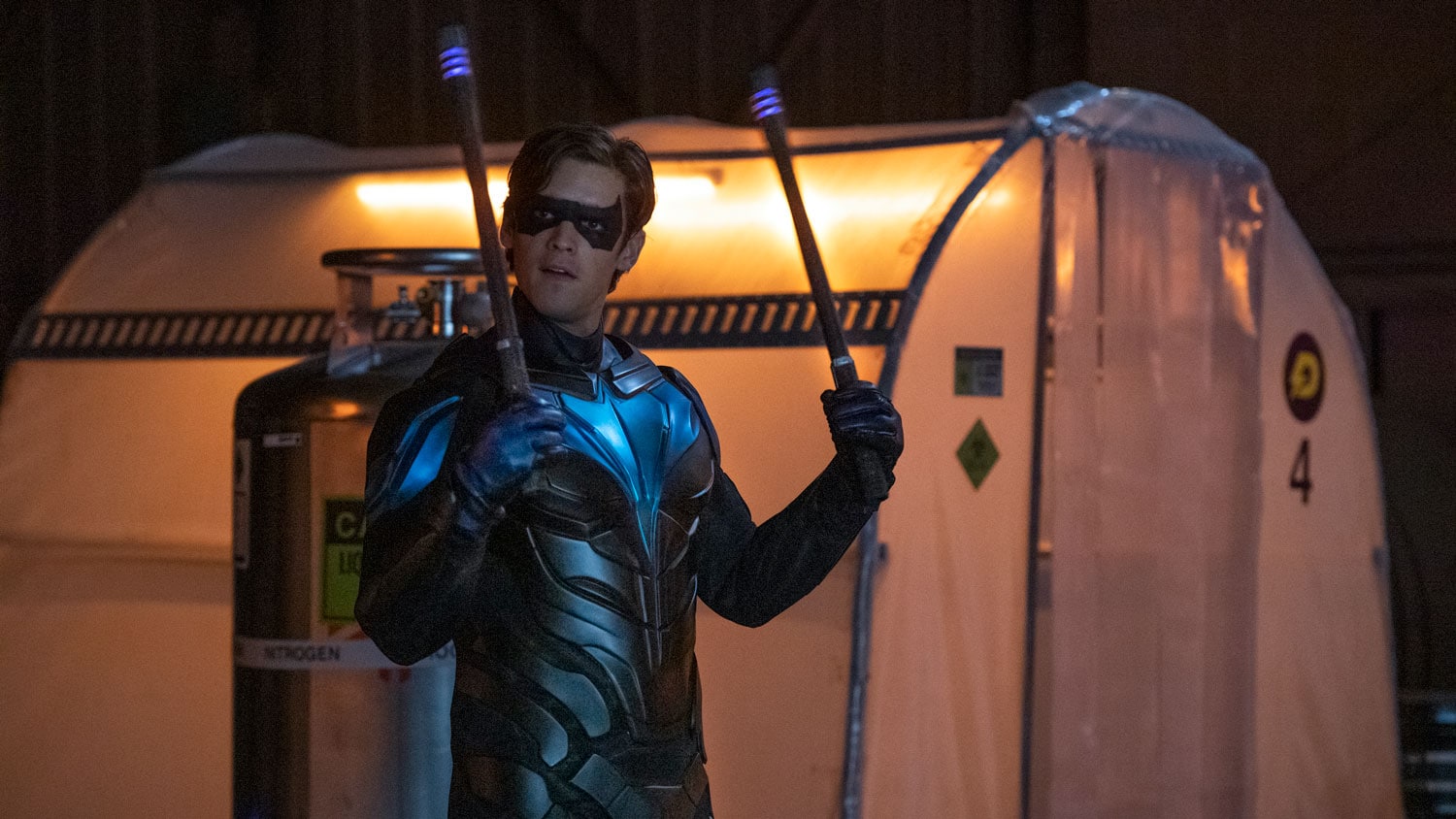 While this is happening, Dick (Brenton Thwaites) who is also very upset, has his own plans to get to Jason (Curran Walters).

Dick is ahead of us and has already worked everything before we even get a chance to.

Scarecrow (Vincent Kartheiser) is attacked in Arkham Asylum and is transfer to another safe place.

Dick takes Scarecrow before anything else happens and takes him to a discrete location.

It’s strange how quickly Crane admits to everything and his involvement with Jason.

He is trying to be the mentor that Bruce never was, however, what does this mean for Jason’s future.

I do wonder what is Scarecrow’s overall plan, he hasn’t just decided to mentor Jason, there feels like there is something else going on.

We now know who is behind Jason going bad but we still don’t really know how Scarecrow did it.

We still need to wait for that mystery to be discovered or revealed.

SHOULD DICK BE THE NEW BATMAN?

It was interesting to see how Dick’s childhood was like.

Everyone knows that Batman doesn’t come across as the most loving and caring parent, so it isn’t too surprising that Dick had quite dark tasks to complete at a young age.

Interactions between Jason and Dick are really entertaining to watch because they are both so similar as they have had to deal with similar things due to being Batman’s right-hand man.

Their fight scene was very intense and really well choreographed.

As each episode progresses, everyone keeps telling Dick, if he is going to be the next Batman, he needs to be better.

However pretty much everyone is telling him not to do it, even Dawn tells Dick to just get away from Gotham.

Scarecrow tells him that being Batman should stop with him and let “Gotham take care of Gotham.

The water will find its level. Stop trying to prove something here”.

I think it’s interesting that Dick is doing what he thinks is right but is making lots of mistakes.

The issue with trying to be the new leader/saviour of Gotham is that mistakes cost lives.

I don’t think Dick is cut out to be Batman, he needs his friends to help him because when he does things be himself, like in this episode, he seems to know what he is doing but something always goes wrong.

The consequences of this plan going wrong is quite huge but I’m excited to watch this character grow more.

EPISODE 4 WAS GOOD BUT COULD HAVE BEEN BETTER 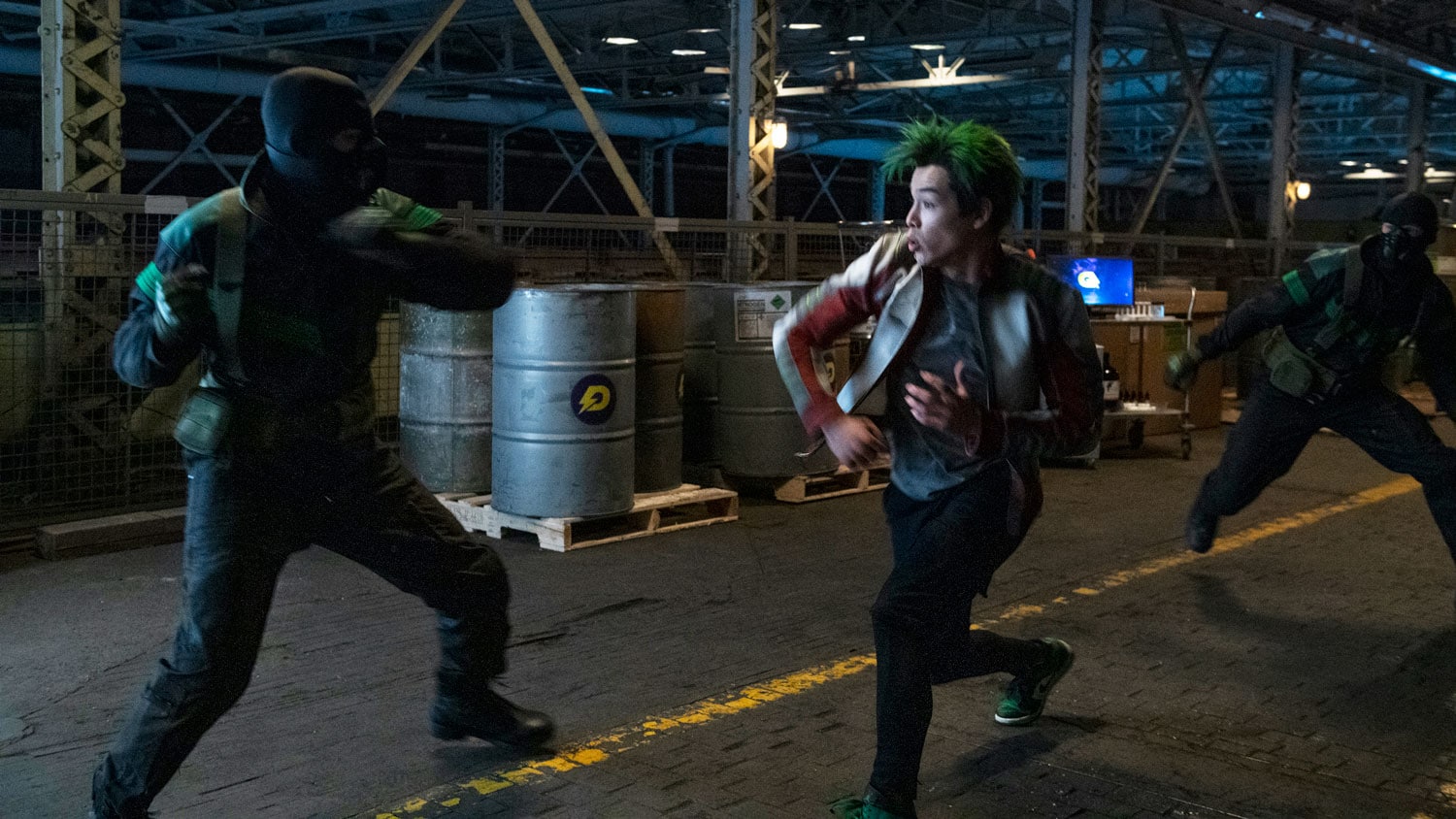 I do wonder if Dawn will be back this season and how long she will be away for.

We now know that Scarecrow has been the root cause of all of Jason’s plans and now has managed to run away with Jason I do wonder what their next step is.

While also Starfire has her sister back but what will happen to her because we know she can’t be trusted.

I am also interested to know if Starfire’s therapist Justin Cole has any real meaning in this season.

This episode wasn’t as entertaining as the previous, it was very choppy because of the stories running alongside one another.

I look forward to the next episode where I hope all the Titans have more involvement.