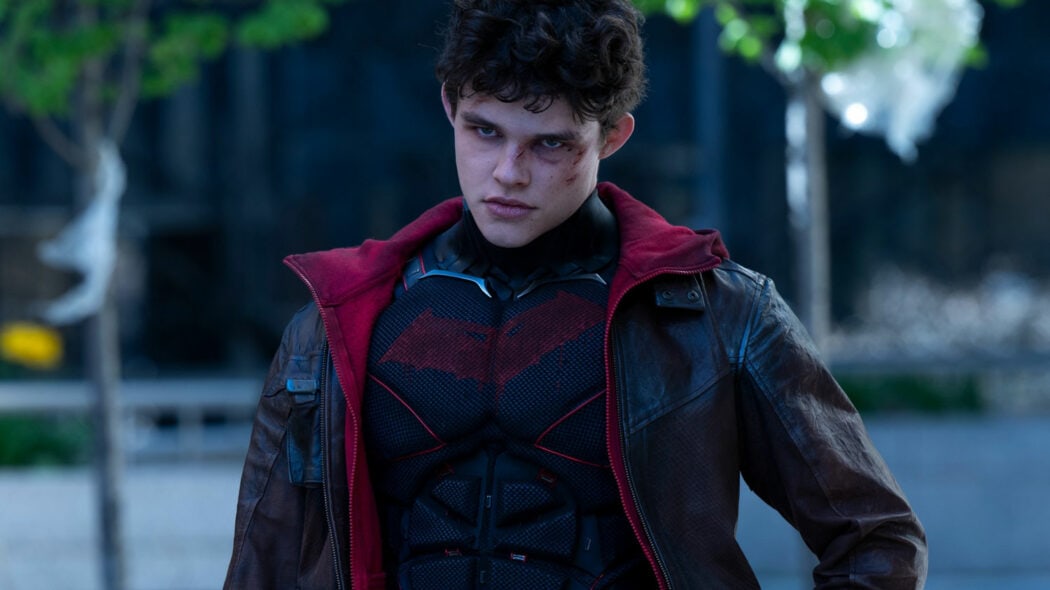 The penultimate episode of Titans Season 3 is here and wow what an episode! Have the Titans truly disbanded for good or can the group that once called each other family be saved? Dick goes on an emotional journey and we see the true extent for what Scarecrow has in store for Gotham next. Crane just keeps winning but I wonder how long this winning streak can last for?

WILL DICK SURVIVE THE LAZARUS PIT? 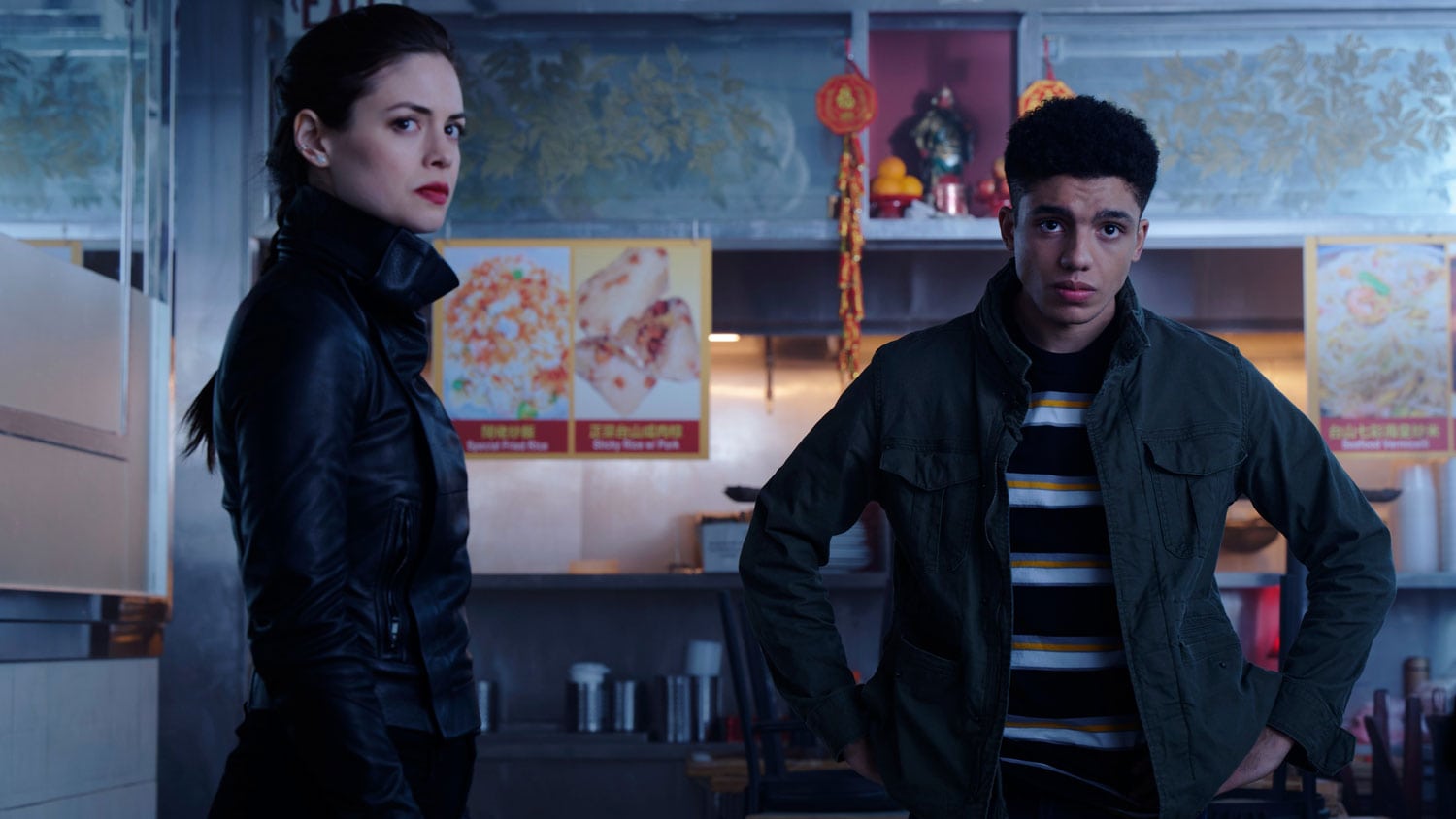 We ended the last episode with Dick (Brenton Thwaites) being attacked by the people of Gotham, after his fight with Jason (Curran Walters). Rachel (Teagan Croft) and Gar (Ryan Potter) go on the look for Dick and find him laying beaten on the ground. We start this episode with Nightwing dead. Now it makes sense why we were introduced to the Lazarus Pit and why it was made such a big deal in the previous episode. However, at this point we weren’t sure if Nightwing would come back. It does raise the question of how does the pit work?

The special effects work really well in this episode, and I think they looked really impressive. I really liked the image of the bats surrounding Dick, Gar now one of them, and the bats carrying Dick to the pit. It felt like such a huge moment and it looked so good too. I wish more little effects like that were used more, because the bats just blended in and it looked really realistic.

DICK MUST GET CRANE OUT OF HIS HEAD

Dick in the pit was really enjoyable to watch. We got a real insight into Dick Grayson and how he sees himself. It is obvious from the start that Crane (Vincent Karthesier) is inside his head. He feels as if he failed and he failed Jason. He feels as if he has let his father down and he must fight against this. The most confusing part of the pit was when Dick saw a little girl, holding a red balloon. She keeps saying “Hi, Daddy”. Was that supposed to be an insight into Dicks’ future? I’m not sure but it felt like a strange thing to add. I’m a bit confused what the little girl was meant to mean or why she was there.

Scarecrow has gone into complete madness. He is determined to kill everyone in Gotham and its strange how this is the final straw for Jason. He finally refuses to help Scarecrow; he is a saver not a killer. Jason has been a real journey in this season, and yet I do wonder what will happen to him next. He can’t ever be fully trusted because he did play his part with Scarecrow in all this destruction.

LYCURGO PUTS ON A SOLID PERFORMANCE. OUR NEW ROBIN IS EMERGING 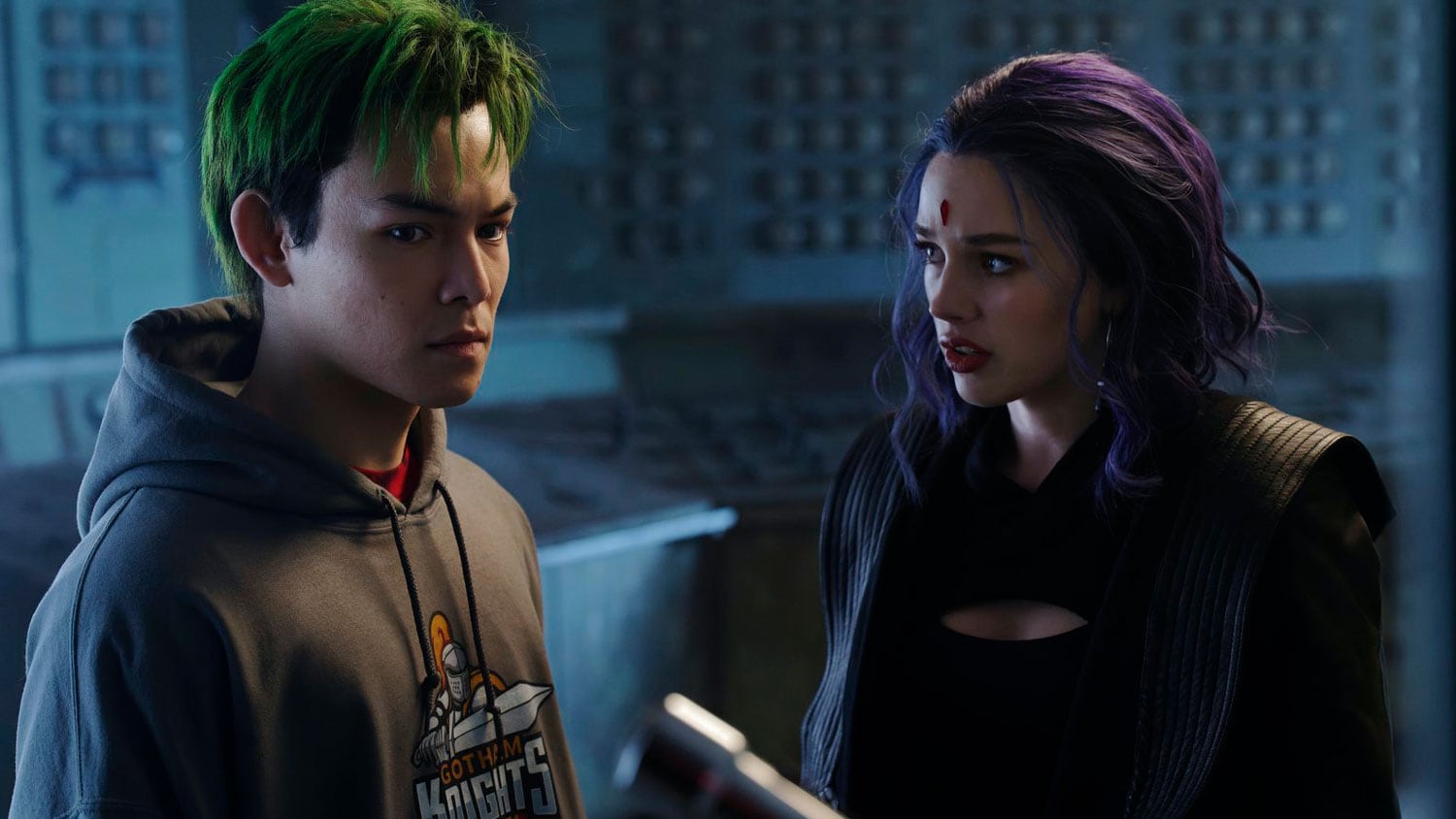 As the old robin lost his way a new one has been emerging. Tim (Jay Lycurgo) has been slowly dripped fed into the story and we have really gotten to know this character. Tim tells Donna (Conor Leslie) that Dick might be dead but she doesn’t believe him. The Drakes are trying to leave Gotham and yet Tim wants to stay and fight, which Donna won’t allow. I really enjoyed Lycurgo’s performance in this episode. His speech about knowing that it was his destiny to be the next Robin, felt real and I really enjoyed it. I believe that Tim is the next Robin and I feel like when that time comes Lycurgo is going to do a great job.

I enjoyed the conflict between Donna and Tim, it was honest. Donna doesn’t want Tim to get hurt and thinks she knows best. While Tim wants to be a hero and feels like he can achieve more. I do wonder what it will take for Donna to really trust Tim and stop treating him like a child she wants to get away from.

Blackfire (Damaris Lewis) is back in this episode and she learns the truth about her powers. This results in a very interesting plot turn. Both Blackfire and Superboy (Joshua Orpin) agree they no longer want to work with the Titans. However, Blackfire wants to go home to take her throne, which hurts Conner/Superboy. It is clear that Connor loves Blackfire and wants to be with her forever. Blackfire asks Conner to make the fuel to power her ship. He makes the fuel which ends up destroying the ship, as he sabotaged the fuel. It was interesting to see Conner in this way. His bad side was showing and it was a little scary.

Connor is so blinded with what he wanted that he has now stranded Blackfire on earth. A part of me thinks that Blackfire won’t understand why Conner has done this and that will be the thing that makes her go bad. I’m intrigued to see what will happen next with these three.  I liked the fact that the sisters made up. It could have been different but Starfire (Anna Diop) as no reason to lie to her sister. Blackfire took the news better than I thought she would, which was a nice surprise.

WILL GOTHAM SURVIVE SCARECROWS NEXT ATTACK? 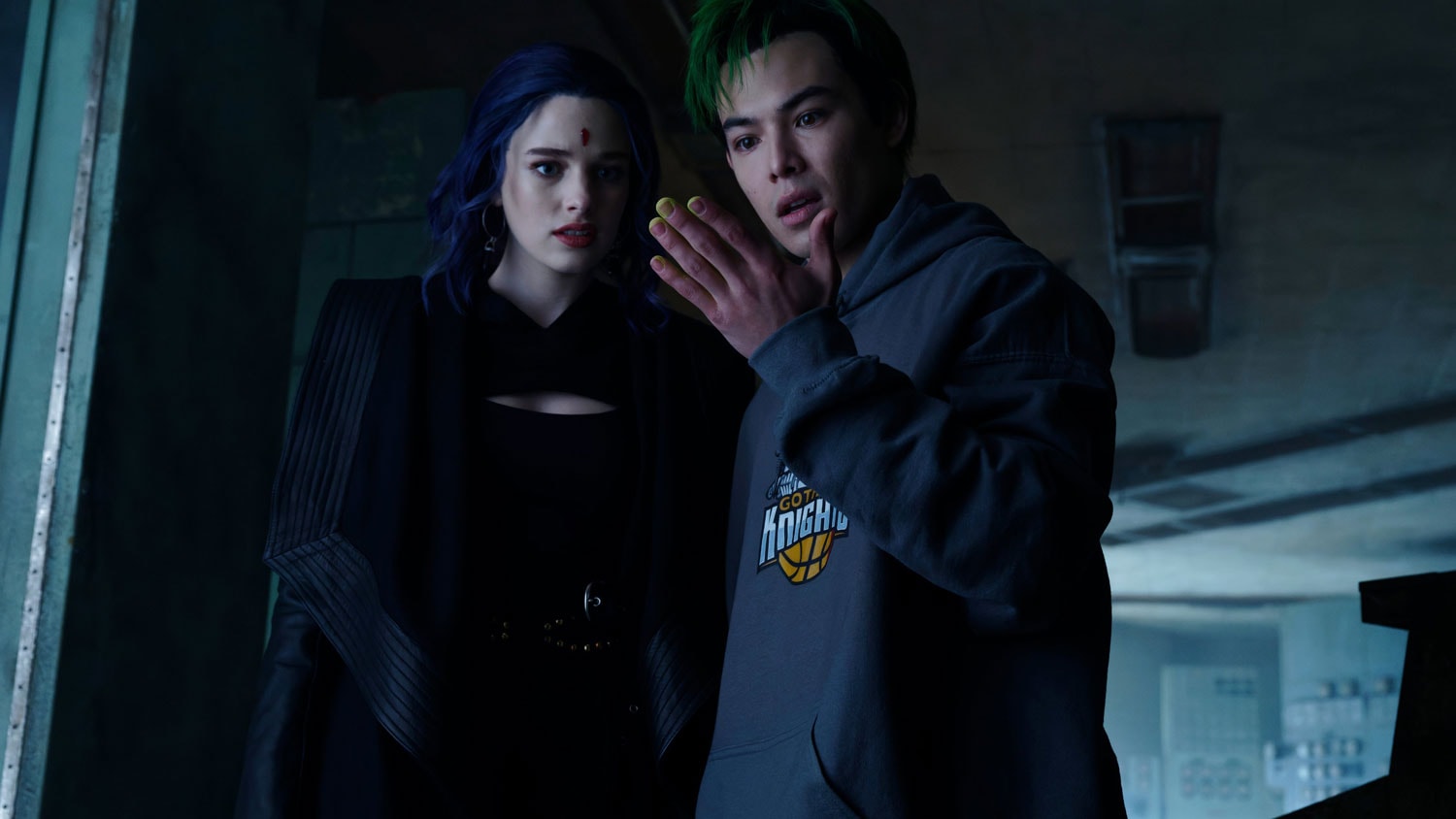 Gar and Rachel have such a good friendship, I really enjoy watching Potter and Croft in scenes together. Gar is concerned about his new powers and Rachel reassures him there is nothing to worry about. She explains to him how his love gave him his powers. This was a nice moment, that took you away from all the death and disaster happening around them.

We end this episode, unsure what will happen to Blackfire and Conner, while Gar and Rachel are trying to find Donna. Tim is growing more into the next Robin with every episode. This was a great penultimate episode, as I have no idea what could happen in the next episode. Dick and Jason are now a team and Scarecrow is ready to destroy Gotham. Will we end the next episode with all our Titans together and will Gotham still be in one piece?