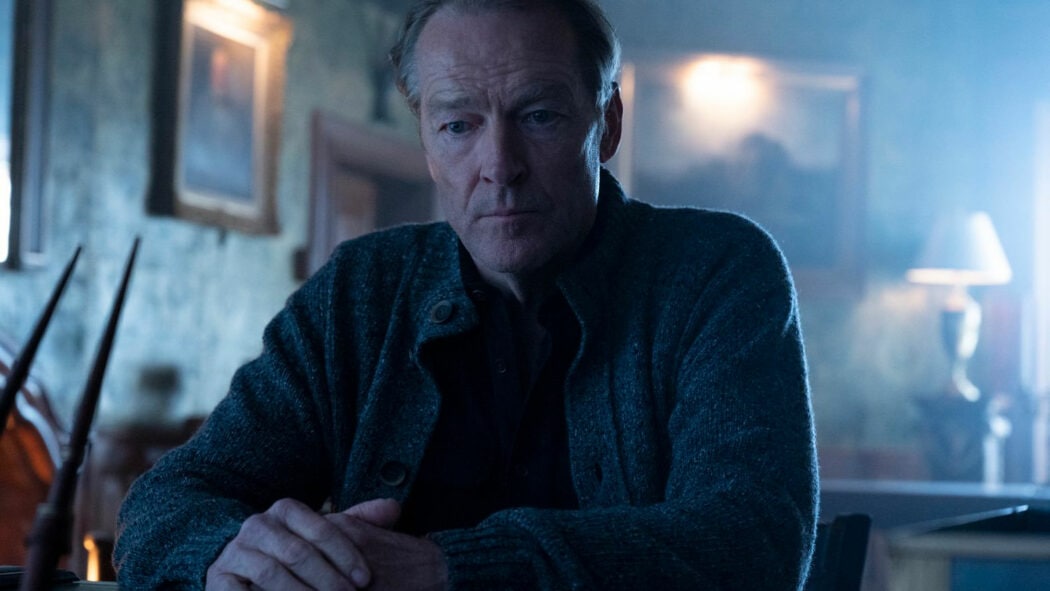 In this episode of Titans Season 3 (Episode 9), we spend some time away from Gotham and visit some characters that some of us may have forgotten about or thought we wouldn’t be seeing this season. This episode is truly about life and death. However, this is a much lighter episode compared to the dark narrative we have been following this season so far.

So far in this third season, our focus has been with Jason and Scarecrow and the rest of the Titans in Gotham. It was nice that in this episode our focus was somewhere else, as that adds to the tension of what is happening in Gotham. Episode 9 of Titans brought both Rachel (Teagan Croft) and Donna (Conor Leslie) back into the plot. The last time we saw them, Donna was dead and Rachel was going to find a way to bring her back. We know it is possible we have seen in this season with Jason, but there are other ways to do it.

RAVEN IS BACK IN TITANS SEASON 3 EPISODE 9! 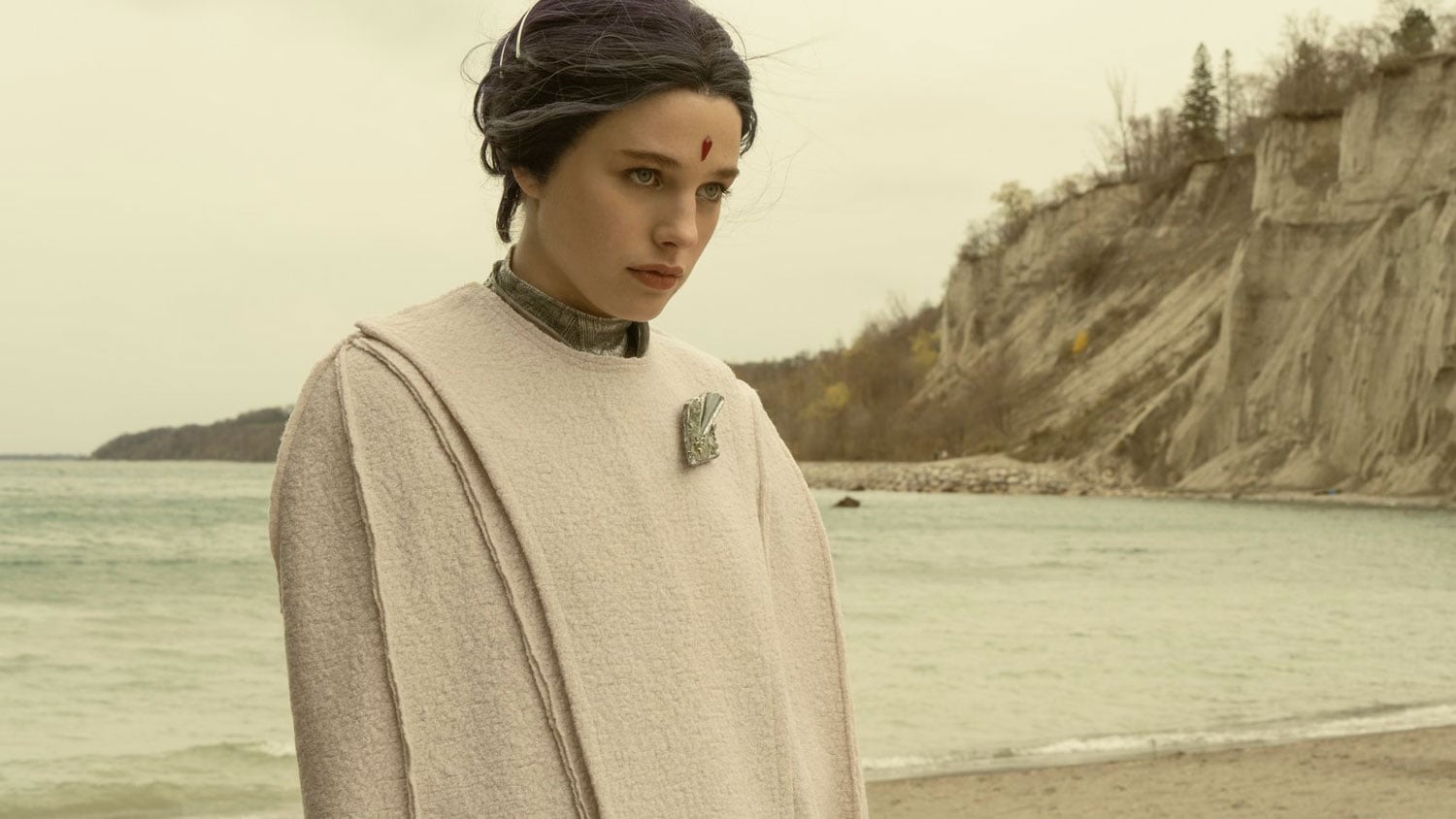 Rachel/Raven has been in Themyscira, training and trying to find a way to resurrect Donna/Wonder Girl. Rachel in past seasons has struggled to control and harness her power. However, while she was at Themyscria she was given important time to train and discover herself and her abilities. She knew that resurrecting Donna wasn’t going to be easy but she had hope. However, after months her patience is wearing thin. Teagan Croft really did a great job in this episode, I really felt Rachel’s emotion and desperation. After being away for so long there is an expectation to pull off a good first performance back and Croft defiantly delivered. There was a subtly in her performance at times which was nice to watch.

It would have been nice to see more of Themyscria but there just wasn’t really any time in this episode. I hope there is chance in a future episode to revisit Themyscria and get to explore this place. However, with what little we saw it looked like a very tranquil and calming place. It also looked like a very well thought outset and it was a shame we didn’t have time to see more of it.

A TEAM-UP THAT NO ONE EXPECTED TO SEE!

Bringing Donna back was never going to be easy because it shouldn’t be otherwise too many people would come back to the land of the living. In interviews, the actors and creators of this show have said to expect the unexpected. Well, I definitely didn’t see a story with Donna, Hank (Alan Ritchson) and Tim (Jay Lycurgo) in the in-between happening. I didn’t expect this to happen and I thoroughly enjoyed every second of this team-up. The monsters in the afterlife looked like dementors with legs, that tried to steal your soul. However, I thought it was strange that they affected Tim more than anyone else, so I wonder why they wanted him the most.

All the Titans have been impacted by Donna’s death but I thought it was an interesting spin to see how Donna felt about being dead. She didn’t want to get off the train and if it wasn’t for Tim, I think Donna would have stayed on the train forever. It is clear that Donna is still hurting from her past and the losses she endured when she was a hero. Conor Leslie’s performance felt very natural and she really makes Donna feel like a hero. There is caringness to this character and comfort which is enjoyable to watch. I’m glad Leslie is back and I’m looking forward to seeing more of this strong character. 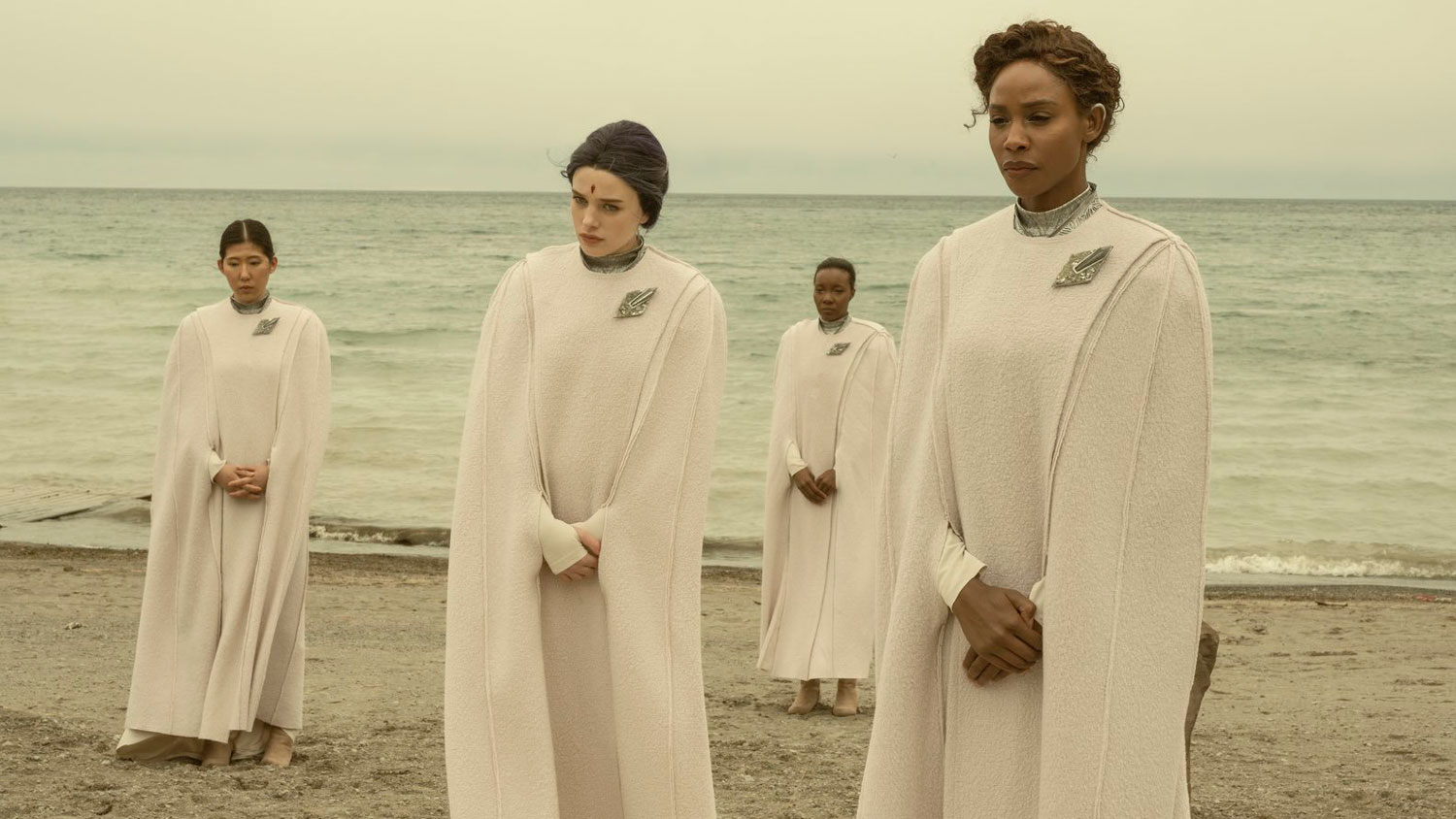 I’m really happy that Jay Lycurgo got his moment and we got to spend an entire episode with him and Tim. For this entire season, Tim has been drip-fed into the plot and now there is no escaping that he is part of it now. We have been slowly seeing our next Robin’s origins story and Lycurgo has been doing a great job in the role. I’m curious to find out if the Titans will believe Tim and his story about the afterlife. I’m also really interested to find out if Tim becomes Robin in this season or will he just help our hero’s and that is something to look forward to if there is another season. I think the way Tim has been introduced to this season, was really clever and has worked really well.

It was a great surprise to see Alan Ritchson again and it was nice that Hank got a better and frankly even more emotional goodbye. This felt like a close on the Hank chapter for good. Hank was battling demons personally and literally. However, it was great to see Hank defeat these demons and be reunited with his brother to help those souls who get off the train. I really enjoyed watching Ritchson and I’m glad he got such a great ending. It was a surprise to see him but I’m glad we got one last adventure with him, with all the strings tied up nicely.

IS THIS THE END OF BATMAN OR CAN DONNA SAVE HIM?

It was good to see where Bruce (Iain Glen) is and it was surprising to see how miserable he is. We know that Jason’s death took its toll on Batman but I was surprised how hard it has affected him. However, I am surprised that Bruce hasn’t been told the truth about Jason and what he has been up to.

I think it’s going to be interesting to see what happens next. Donna goes to Bruce which I think is an interesting choice, while Rachel is left alone on Themyscira. I wonder if Rachel will know where Donna has gone and how long will it take for all the Titans to be reunited. We can assume that Batman and the Titans will all reunite soon and could we possibly see Batman and Titans vs Scarecrow showdown? However, Rachel is such a strong character on her own I don’t her to go into the background if she does return to the Titans.

This was a fantastic episode; it had a different energy compared to previous episodes we have recently seen. I enjoyed every single episode and I’m excited to see what will happen next. A lot happens in this episode that I didn’t expect. I would say that I’m not sure what to expect next but I feel like we could see some form of team Titans reunion soon, while the water of Gotham is still infected thanks to Scarecrow. This episode had emotion and some great acting, I’m eager to find out what will happen next and I’m hopeful for a great season finale that is fast approaching and in which we are building up to.