Seth MacFarlane’s The Orville Season 3, as reported by Deadline, is having a harder time recently than when the crew fought the Kaylons. Yep, it’s bad news for us fans of The Orville.

If you’re anything like me, this is sad news. This comes after the now Disney-owned show was reported to premiere on Hulu at the end of 2020. This obviously didn’t happen because of the first shut down due to Covid-19. It was expected Season 3 of The Orville had 5 to 6 months of shooting left in the production schedule.

But now Seth MacFarlane’s The Orville Season 3 and many other Disney owned shows are still on hiatus.

The Orville Season 3 Faces Yet Another Delay 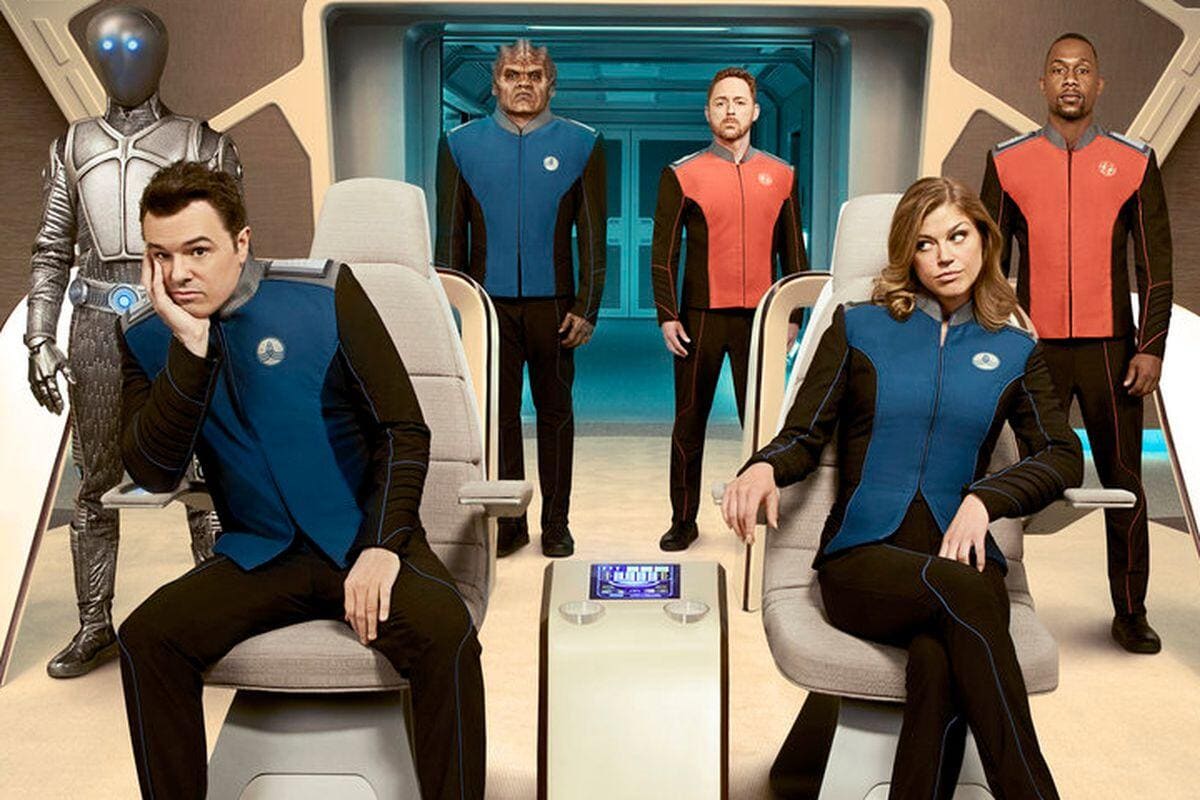 Read more: We Can Be Heroes Sequel In Development At Netflix With Robert Rodriguez Returning

The Orville, This is Us, Black-ish, American Crime Story: Impeachment, American Horror Story, Last Man Standing and 10 other series were supposed to resume production on January 11th.

Unfortunately, this date has been pushed back to January 18th. One week doesn’t seem like much of a difference, however this all depends on the current Covid-19 situation in Los Angeles. If things don’t get better the delays could be even longer. But, in this current climate the safety and health of everyone is more important. We here at Small Screen wish everyone in all productions safe days ahead.

With all that said, The Orville is still going strong. After leaving it’s home on FOX for Hulu, fans rejoiced. Then there was rumours that season 3 would be the last. Thankfully that was debunked by staff members. It resumed production on December 4th, 2020. So, let’s hope they shot a lot of scenes and are able to use this extended hiatus for post-production.

Here’s what Executive Producer Brannon Braga had to say about The Orville Season 3 landing at Hulu last November (via TrekMovie):

This is a work of deep passion for Seth, and it’s a really great season. I think you would be hard pressed to find anyone on the show that isn’t eager to get back to work, as long as it is safe. The shot delay is simply COVID, but it’s also taking longer to film because it’s so much more ambitious even in its scope, in comparison to the first two seasons. And that’s partly because it’s on Hulu, and we can expand the scope and increase the length of the episodes, and all the reasons Seth wanted to take it to a streaming service. This season is the best one. I can’t wait for people to see it.

Personally, I love The Orville. I’ll admit I was skeptical at first – I was wary it would be over run with toilet humour. However, Seth MacFarlane clearly loves what Star Trek is about. It’s a fun show, with some jokes for sure, but it is more of a love letter to Star Trek of the 90’s and what it stood for. And that two-parter with the Kaylon’s from the last season was FANTASTIC. I can’t wait for Season 3.

Are you looking forward to Season 3 of The Orville? Do you think the delay in production will go longer? Let us know your thoughts in the comments below.