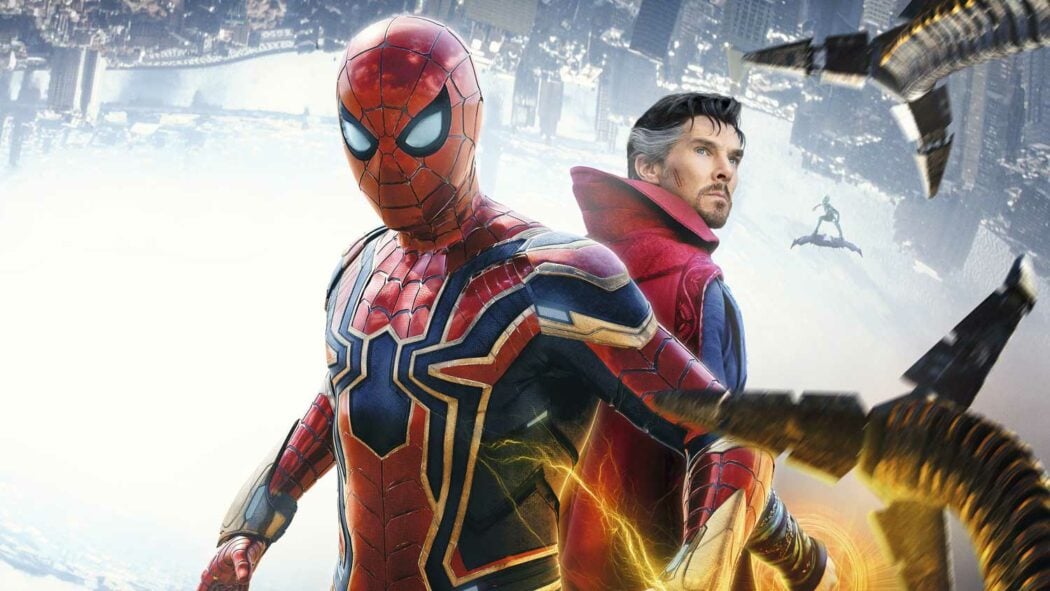 WARNING: Before you read this Spider-Man: No Way Home review, I have to let you know that there are major SPOILERS in this review. Right, now that’s out of the way, let’s get into the review.

Spider-Man: No Way Home takes place immediately after the events of Spider-Man: Far From Home. Peter Parker (played by Tom Holland) has just been outed as being Spider-Man by Mysterio and The Daily Bugle. Spidey takes his now-girlfriend, M.J. (played by Zendaya) and swings back home.

Peter, M.J., Aunt May (Marisa Tomei), Happy (Jon Favreau) and Ned (Jacob Batalon) are then dragged into a legal battle in an attempt to clear Peter’s name. The thing is, the whole world now knows that Peter is Spider-Man and Peter’s feels guilty for having ruined the lives of his friends and family.

Peter goes to Doctor Strange (Benedict Cumberbatch) in an attempt to help his friends and family to get their lives back. Strange comes up with the idea of casting a spell that will make everyone in the world forget that Peter is Spider-Man.

The issue is that Peter then realises that his close friends and family will also forget and his constant interferences end up changing the spell and it starts to rip the multiverse open. Strange does what he can to stop the spell, but the damage has already been done, as Doctor Strange and Peter soon find out.

Peter then comes face to face with Alfred Molina’s Doctor Octopus from the first Sam Raimi Spider-Man movie. What’s happened is that a number of villains who know that Peter is Spider-Man in alternate universes have ended up in Tom Holland’s Peter Parker’s universe.

It’s up to Peter, with the help of his close friends and family to capture all the Spider-Man villains, which include Doc Ock, Willem Dafoe’s Green Goblin, Jamie Foxx’s Electro, Thomas Hayden Church’s Sandman and Rhys Ifans’ Lizard.

There’s no way home for Spider-Man!

That’s basically the set-up for the movie, but there’s so much more in this film. This all takes place in the first third of the film. Once Peter with help from his friends M.J. and Ned, have been able to catch all the villains, Doctor Strange reveals that they have to send them back to their respective universes.

However, he also reveals that they will all die fighting Spider-Man, and Peter doesn’t like that fact. Strange is about to use an old relic to send them back to their universes, however, Peter takes it before he can finish the incantation.

Peter and Strange then have a pretty spectacular battle in the mirror dimension and Peter’s able to defeat Strange thanks to his knowledge of geometry. This is also another example of Peter using his brains to defeat his ‘foes’ (even though Doctor Strange isn’t really his enemy).

There’s a lot of Peter using his intellect to defeat his enemies in this movie, I think that’s why I loved the film so much. We actually get to see Peter the genius as well as Peter the incredible swinging and wall-crawling superhero.

I also think that No Way Home really shows Spider-Man at his heroic best. Peter doesn’t want to see these villains be killed. He would rather try to fix them and therefore save them from their fate of being killed by Spider-Man. It’s both endearing and also pretty naive – which is also one of Spider-Man’s main character traits.

The best Spider-Man movie ever made? 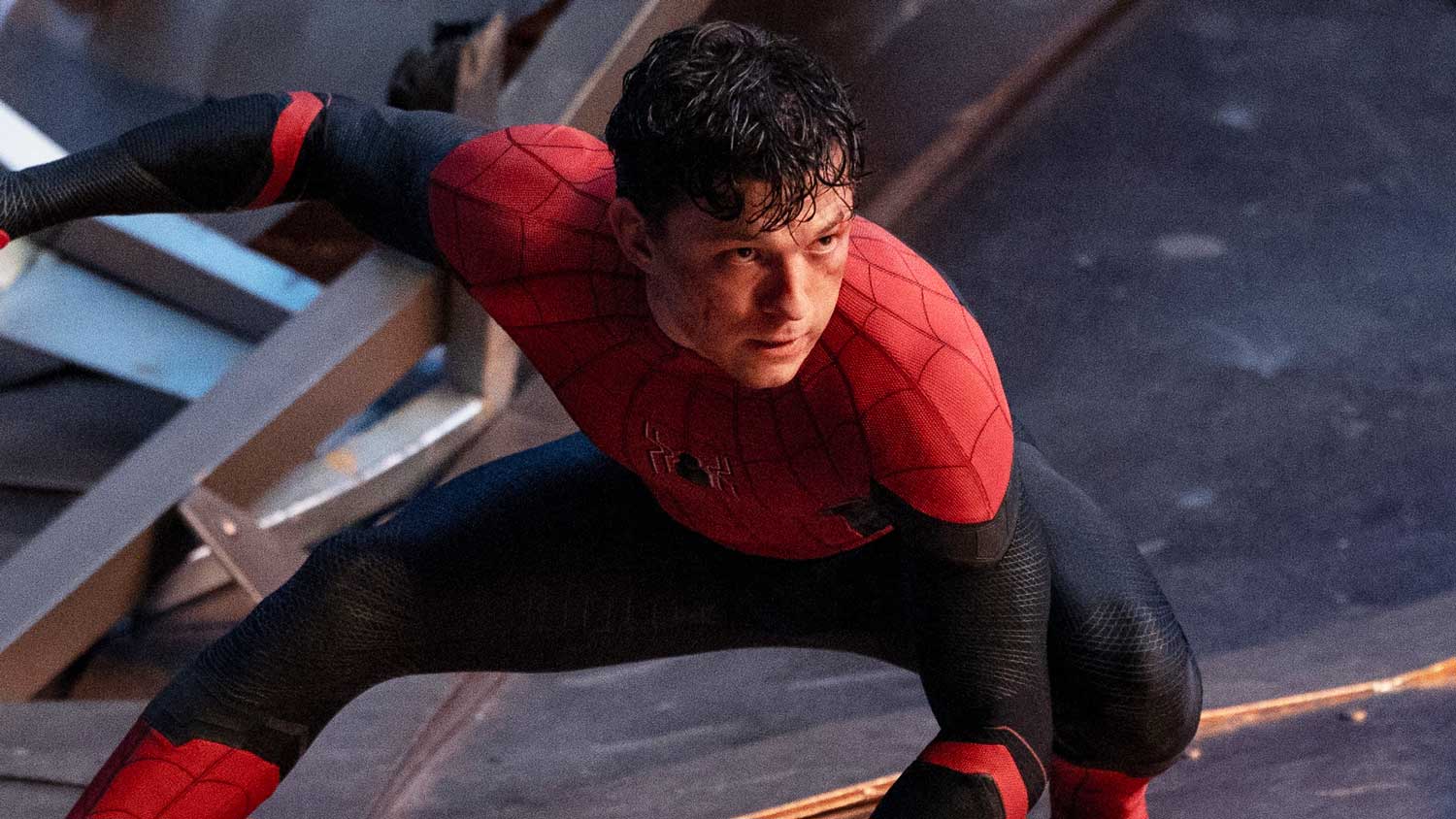 Spider-Man: No Way Home is easily one of the best Spider-Man movies ever made – and I’m including Spider-Man: Into The SpiderVerse in that list. Before this movie was released, I would have put Spider-Man 2 at the top of that list with Spider-Man and Spider-Man: Homecoming in joint third.

However, No Way Home feels – to me at least – like it’s the most complete Spider-Man movie ever, and that’s not just because it features multiple villains and Spider-Men (yes, I will go into that in a second). It’s also because we really get to see the best and worst traits of Spider-Man in this movie.

Spider-Man, as played by Tom Holland, is a genuine hero. He puts others before himself, even when they’re murdering psychopaths such as Willem Dafoe’s Green Goblin. However, this is also his worst trait because his naive actions lead to the death of his aunt May, which is one of the most shocking and heartbreaking moments I can remember watching in a Spider-Man film.

I would also say that this Spider-Man movie is more of an event film than any of the previous ones. I would put this film on par with Avengers: Infinity War and Endgame in that regard. Maybe the pandemic and ended up making this movie more important, but the fact that it’s a culmination of all the Spider-Man movies made since Sam Raimi’s very first one, I think makes this one of the biggest comic book movies ever made.

Spider-Man: No Way Home – full of fan service, but is that bad? 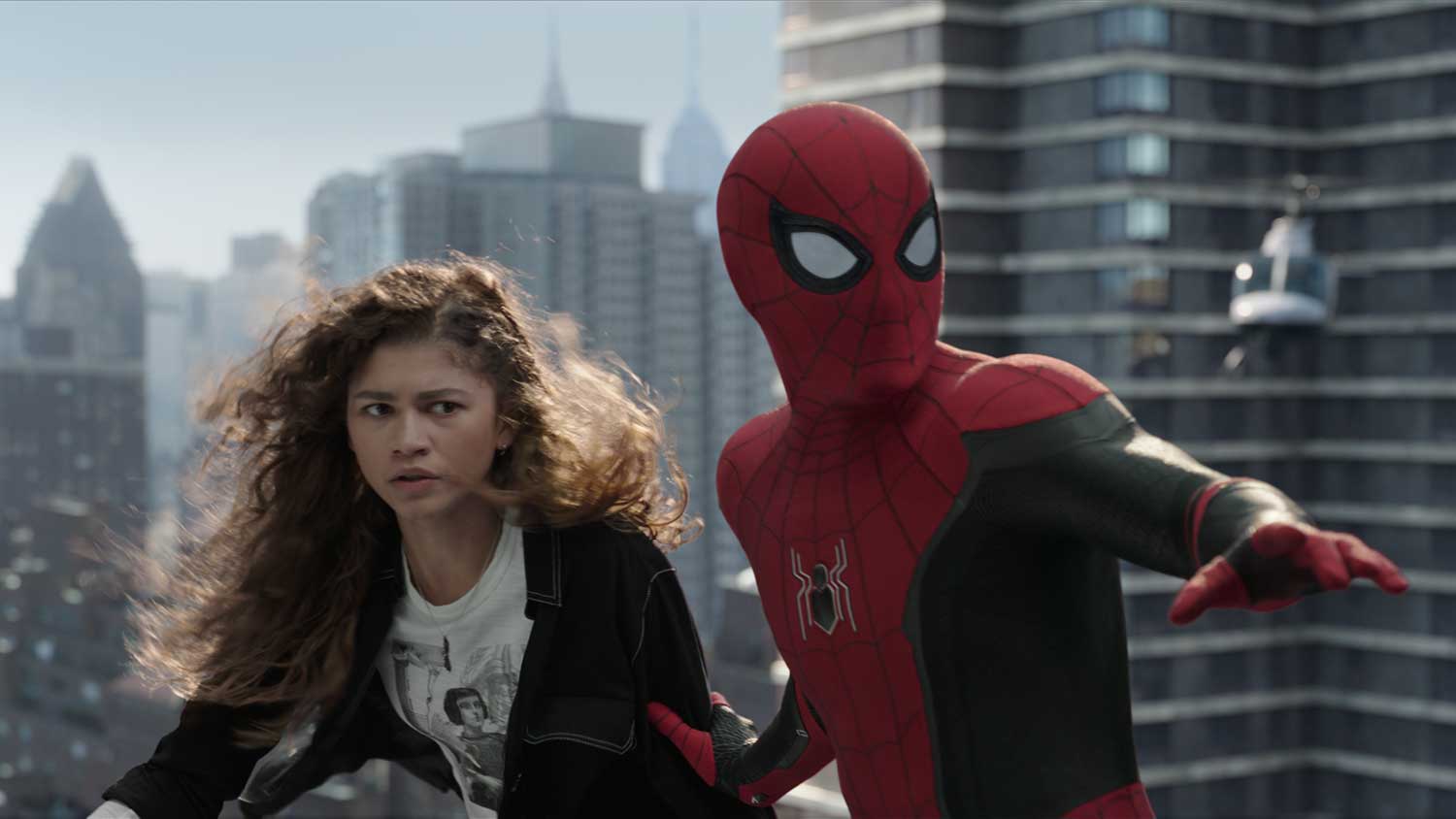 OK, now I need to talk about the fan service in Spider-Man: No Way Home – aka Tobey Maguire and Andrew Garfield returning. We already knew that Dafoe, Molina, Foxx, Chruch and Ifans were all returning. However, we still didn’t know for sure whether the movie would feature Garfield and Maguire or not.

Garfield’s been doing everything he can to convince fans he’s not in the movie. Well, I can tell you for certain that he is in the movie, and it was good. I just became so giddy seeing the two of them back on screen as their respective versions of the wall-crawler.

Seeing the three Spider-Men all interact, fight the villains together, work together, tell each other they love one another and also talk about Maguire’s Spider-Man’s ability to shoot webbing naturally without the use of webbing cartridges was just wonderful.

I couldn’t keep the smile off of my face the whole time, and I’ve seen many people claim that there’s too much fan service in this movie, and my answer would be, that’s not a bad thing. Fan service shouldn’t be used in a negative context, especially not when it’s done well.

Spider-Man: No Way Home is the best use of fan service because it makes sense as far as the story’s concerned, and it’s also a way of thanking the fans for their years of support. We’ve all been to see each and every Spider-Man movie – even the bad ones. This movie is not only a love letter to Spider-Man, it’s also a love letter and a thank you letter to the fans. That’s why it’s so good, and that’s why I’ve seen it twice already.

What do you make of this review of Spider-Man: No Way Home? Did you like the movie as much as we did? Let us know your thoughts in the comments below.