Shameless Season 11 Episode 6 Recap: Do Not Go Gentle Into That Good…. Eh, Screw It

“We’ve had some good days…”

It’s getting closer to the show’s end. That was made clear in this week’s episode of Shameless. Storylines are settling, relationships are thriving, and so many questions have been answered. “Do Not Go Gentle Into That Good… Eh Screw It” showed a tremendous amount of character development for the Gallaghers and our honorary Gallagher, Mickey Milkovich (Noel Fisher), and it’s been made clear that we’re in store for a bittersweet farewell.

The episode jump-starts with a Kevin (Steve Howey) and Veronica (Shanola Hampton) opener, one that reminds us that while Shameless has softened up in the last few years, it’s still rated TV-MA. They reminded us of what we missed in the last episode, but if you need a reminder right now, check out our recap for Shameless Episode 5: Slaughter.

Launching straight into madness, the episode starts with Mickey, Lip (Jeremy Allen White), and Brad (Scott Michael Campbell) — Lip’s boss and longtime sober buddy — breaking into the auto shop that the latter two were recently fired from by their hyper-tech new bosses. This scene calls back to last week when we saw the two breaking sobriety in order to “take the edge off” of the crime that they are currently committing. Mickey calls Lip out for his behaviour and asks, “You off the wagon again?” When Lip explains that it’s only for one night, Mickey says what we’re all thinking: “Isn’t that what every alcoholic says?”

What is Mickey Milkovich up to? 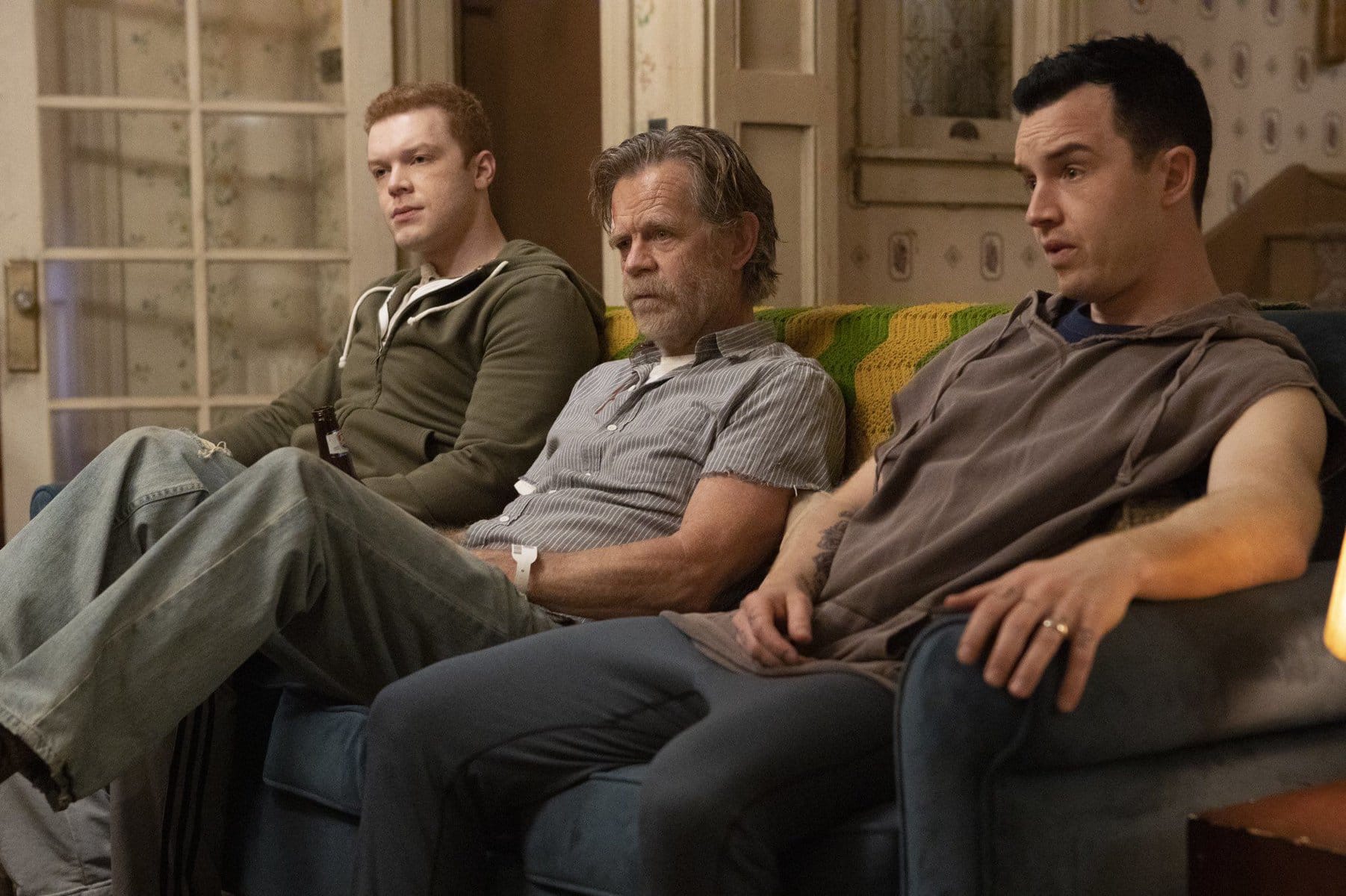 This episode finally gives the people what they want. It explores Mickey’s vast character development. While he might not be entirely separated from a life of crime, he is forced to confront his biggest demon: His father. Last week, racist and borderline Neo-Nazi Terry Milkovich (Dennis Cockrum) was shot and paralyzed by a stray bullet from a gun that Carl (Ethan Cutkosky) gave the youngest Gallagher sibling, Liam (Christian Isaiah).

Mickey continuously dismisses his father’s injury as the episode develops and on multiple occasions, he expresses that his Terry would’ve been better off dead rather than left to live as a “vegetable.” After the Milkovichs ditch Terry on the curb, Mickey goes over to taunt him. Showing no remorse, Terry pushes Mickey to the edge and the younger man pulls his gun out. But when Terry tells him to pull the trigger, Mickey finds himself unable to — as predicted, as Mickey has always shown a minuscule level of sympathy towards his family.

Thanks Shameless for finally giving us an emotional & meaningful episode! And for giving Noel material that allows him showcase his incredible acting!! It was amazing to see the old Mickey back-the one we fell in love with. Beautiful seeing Ian as a supportive husband too! ❤️ pic.twitter.com/tydSnKV5JV

It is clear that Mickey is all talk, saying things like “I could do bad things to him.. Piss on him, use his mouth as an [expletive] ashtray.”

Mickey and Ian (Cameron Monaghan) do a full day’s worth of work, transporting weed and being a money mule. When they finally kick back at the Gallagher house, Ian asks Mickey, “Would you take care of me if I was paralyzed.” This leads to a really heartfelt moment between the two, reminding the show’s fans of why they began shipping the two in the first place.

After Mickey says “yeah,” he gets up and decides to help his father who is still left outside. Ian helps and the two carry him up the front steps, ripping down the house’s Confederate flag along the way. The entire time, Terry is shooting off homophobic insults and they leave him on the porch — after finding that the front door was locked. They did 90% of the work, that’s what counts, right?

Hopefully, this is the end of Terry or at the very least, an end of the rampant racism that comes with him and his cronies. It’s getting a little old.

Has Lip finally gotten it together?

(The answer is not really.) Everybody else’s storyline was a bit mundane. Lip and his girlfriend Tami (Kate Miner) butt heads a bit as he keeps trying to resolve all of their problems, without involving her. She suggests that they can move in with her father who is risking losing his house. She shares that in doing this, the couple can save money while simultaneously helping her father out with rent, and they’d get free childcare. But Lip is entirely against this and as we’ve seen before the Tamietti’s are a bit insufferable.

At the end of the episode, they come to the idea of selling the Gallagher house and using their split to put down a payment for a place of their own. This was a terrifying twist as the idea of saying goodbye to the infamous house seems worse than the reality of having to say goodbye to the family that resides in it. Luckily, their idea was squashed by everybody else. But who knows? The topic might come up in the future.

Debbie was the worst… Again 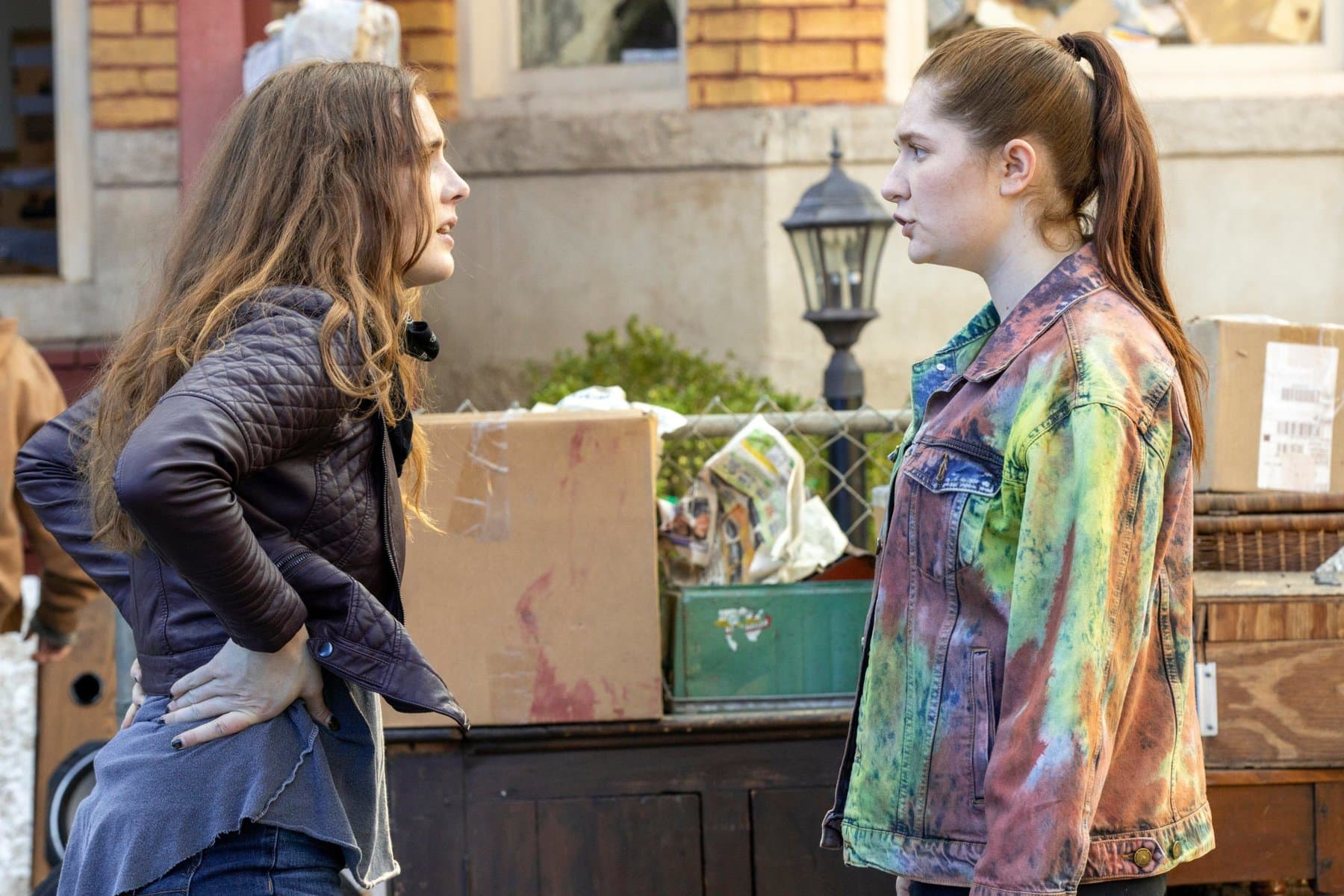 Debbie (Emma Kenney) spent the episode being upset about Sandy’s (Elise Eberle) secrecy and the distance between them while Sandy cared for the Milkovich patriarch in the hospital. She spends the episode being the worst — trying to manipulate her daughter into crying in a video for Sandy and bombarding her ex-partner with texts. The two have a squabble once reuniting in-person and Debby storms off to a light construction gig at a gay bar. They two make-up in the end after Sandy delivers a shallow story about how she was trapped in a poor marriage with her estranged husband because he “offered her a way out.” Reasonable to consider as we’ve witnessed the terrors that come with growing up as a Milkovich, but still, it’s a story-line that came out of nowhere and seems to be going… nowhere.

How are the youngest Gallagher brothers?

Carl and Liam both had short story-lines. Sad, sad Liam spent the episode feeling guilty about Terry’s unfortunate state and he almost got himself in trouble by coming close to admitting his “crime” to one of his classmates, a young Milkovich. Luckily he received some words of comfort from his older brother, Carl.

On the other side, Carl had a day off from being a cop. Thank god! In his free time, he went shopping and he met a new love interest. However, things went awry when she pressured him into having sex without a condom. Afterward, he walks into the Gallagher living room where everybody else is gathered around and he expresses his confusion at his dreadful feelings. After the group lightly teases him, Carl is informed by Debbie that he was raped— a weird revelation from Debbie as she did a similar thing in the show’s earlier seasons. Character development, I guess.

It’s so hard to say goodbye 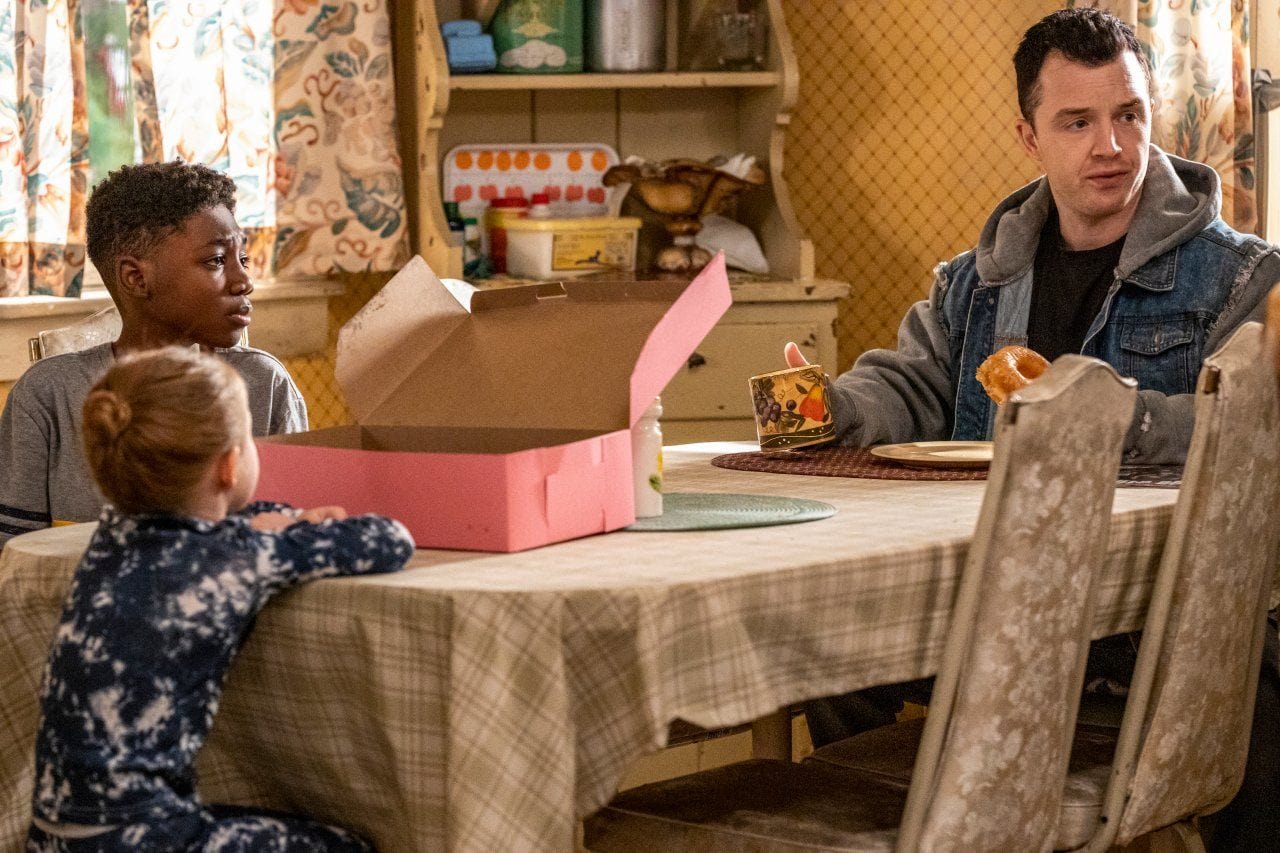 Frank’s denouement was revealed or rather confirmed. After he finds himself being treated in a hospital for a head wound, it is confirmed that he has dementia. He is unable to recall the current president or the year, or a series of words that the medical professional asked him to memorize. At the end of the episode, it is shown that Frank was been given a medical card with important information listed on it. Due to his failing memory, he is likely to be forgetting more and more in the near future.

If there’s one thing nobody is prepared for, it’s how to say goodbye to Frank.

At least he got in a melancholic moment with Terry, gaining the upper hand. If there’s anything that can make the Gallaghers appear sane and well-adjusted, it’s the Milkoviches. Frank refuses to end Terry’s misery, despite the other man’s suicidal wishes. But he does tell him “We had some good days, running the South Side and battling over territory.” Frank leaves the other man with, “It was a goddamn saga,” before sticking a cigarette in the paraplegics’ mouth and walking away.

me, for years: frank should have died years ago fuck that asshole
shameless: my name is frank gallagher. i live at 2119 n. wallace st, chicago. i have early stage alcoholic dementia
me: pic.twitter.com/tPtaB6dycj

Lastly, Veronica and her twins have an eventful episode. Veronica volunteers as a “classroom mom” at the girls’ school and she is given a front-row experience of how the school operates shooter drills. Due to “budget cuts,” they make the drills an interactive activity where a white boy is designated to be the shooter and the students perform a reenactment. Veronica begrudgingly participates but leaves with a sour taste in her mouth and accuses the school of teaching kids how to shoot up a school. Yikes!

For the most part, this episode was a blast and possibly the best from the season, thus far. It offered a healthy dose of Mickey action (a fan favourite) and gave way to what the series finale has in store.

I never thought I’d ever say this but, please… protect Frank Gallagher.