What’s the first thing that comes to mind when you think about Halloween? Big spooks, of course! WandaVision Episode 6 delivered on that and matched it to the gimmicky fun of the nineties.

WandaVision is continuing to move through the decades, sitcom by sitcom. Last week was the wholesome eighties and this week was a blast straight into the nineties. The crew ditched the familiar laugh tracks for some eccentric sound effects and a rock n’ roll theme song. Here’s our recap of WandaVision Episode 6.

“All-New Halloween Spectacular” opens with Wanda Maximoff (Elizabeth Olsen) and Vision’s twins Billy (Julian Hilliard) and Tommy (Jett Klyne) breaking the fourth wall. They speak directly to the audience, they share that it’s Halloween time. They continue to do this throughout the episode, offering little tidbits of information along the way, like dropping that “mom’s been weird since Pietro (Evan Peters) got here” and “mom and dad have been… different.”

One by one, the characters dress up in their respective superhero costumes, comic book style. When Wanda’s costume is mistaken for Little Red Riding Hood, she tells her boys, “I’m a Sokovian fortune teller.” Moments later, it is revealed that Wanda made Vision (Paul Bettany) wear his costume. She thanks him for “humouring her” and he responds with, “Well, there were no other clothes in my closet.” This falls ill on its viewers as in the midst of their argument last week, he had shared that he couldn’t remember his life before Westview but it’s quickly glossed around as the couple joke about Wanda’s “thing for Mexican wrestlers.”

As the episode continues, it is seemingly filled with more fluff than the previous few. Things are still rocky between Wanda and Vision (Paul Bettany) and Vision continues to distance himself from his family, exploring Westview on his own.

Two odd things to notice in this first quarter of the episode:

From this, the episode cuts to SWORD. Things move quickly outside of Westview, the increasingly-evil Director Hayward (Josh Stamberg) is put off by the behaviour of Agent Woo (Randall Park), Monica Rambeau (Teyonah Parris), and Darcy Lewis (Kat Dennings). Woo accuses him of “starting a war he can’t finish,” and the trio finds themselves escorted off of SWORD premises. Doubling down on his claim that Wanda is the “principle victimizer,” Hayward scolds Rambeau for “constantly advocating on behalf of super-powered individuals.” The trio isn’t subdued easily and they end up fighting the guards leading them off base and breaking back into the control room.

As their story continues, Darcy hacks into the base’s network and accesses the data on Hayward’s devices. She finds out that Hayward has found a way to break through the Westview boundary. It is shown that Hayward is tracking Vision and they discover that the people “on the edge of town” are barely moving.

Woo and Monica decide to go off and pick up her “aerospace engineering guy” who has yet to be revealed, leaving Darcy behind to finish her research. Before Monica leaves, Darcy tells her that going through the hex is rewiring her cells and changing her body’s composition. She advises her against doing it again.

Westview is in childish danger as the boys and Pietro begin to terrorize the other trick-or-treaters by stealing all of the Halloween candy and vandalizing the community. As this happens, Wanda admits that she can tell that Pietro looks different and she finds out from Herb (David Payton) that Vision lied about being on duty.

Vision ends up venturing past the area that Wanda later warns the kids not to go to, “past Ellis Ave.” Here, he finds scarecrow-esque people, un-moving. One woman is seen making repetitive Halloween decor-hanging movements while she appears neutral, minus one streak of tears cascading down her face.

When the scene cuts back to Wanda and Pietro, they are bickering about his influence on the boys. He tells her that he’s doing what she wanted, he’s doing “his part” which is: “Come to town unexpectedly, create tension with the brother-in-law, stir up trouble with the rugrats, and ultimately give you grief.” To this admittance, Wanda looks confused and asks him what happened to his accent and he asks her the same. He reveals that he recalls getting shot in Age of Ultron but the following details are fuzzy, he just could sense that she needed him. During this scene, Tommy discovers that he has enhanced speed, just like Pietro.

While Vision explores the ghostly and un-moving part of town, he removes his disguise and goes about in his android form. He quickly discovers Agnes (Kathryn Hahn) uncharacteristically stopped in motion, the car she is driving is frozen and her face is hardly reactive as she speaks. She claims she got lost on her way to the “Town Square Scare.”

Vision uses his powers to break Agnes from Wanda’s control and she tells him that he’s one of the Avengers and asks if he’s here to help. To Vision’s confusion, he doesn’t know what an Avenger is. Big uh-oh. Worried that she’s dead, she tells Vision that he’s dead and continues to scream at him. Once calmed down, she says, “No one leaves, Wanda won’t even let us think about it.”

Agnes begins laughing maniacally and he snaps her back under control, promising to fix the situation. She snaps back into her cheery neighbour persona and drives away. As always, Hahn delivered an effortlessly incredible and chilling performance!

While Vision continues to venture out towards the Westview boundary, Wanda and the rest of the gang are at the event in the town square. Pietro questions where her two boys came from and Wanda seemingly admits her control by not denying his train of thought. When he asks her. “How’d you even do all this?” She looks confused and says that she doesn’t know but that she only remembers feeling “completely alone” and empty. She describes it as, “endless nothingness.” A moment later, she envisions Pietro with the bullet wounds which rendered him dead in the past. 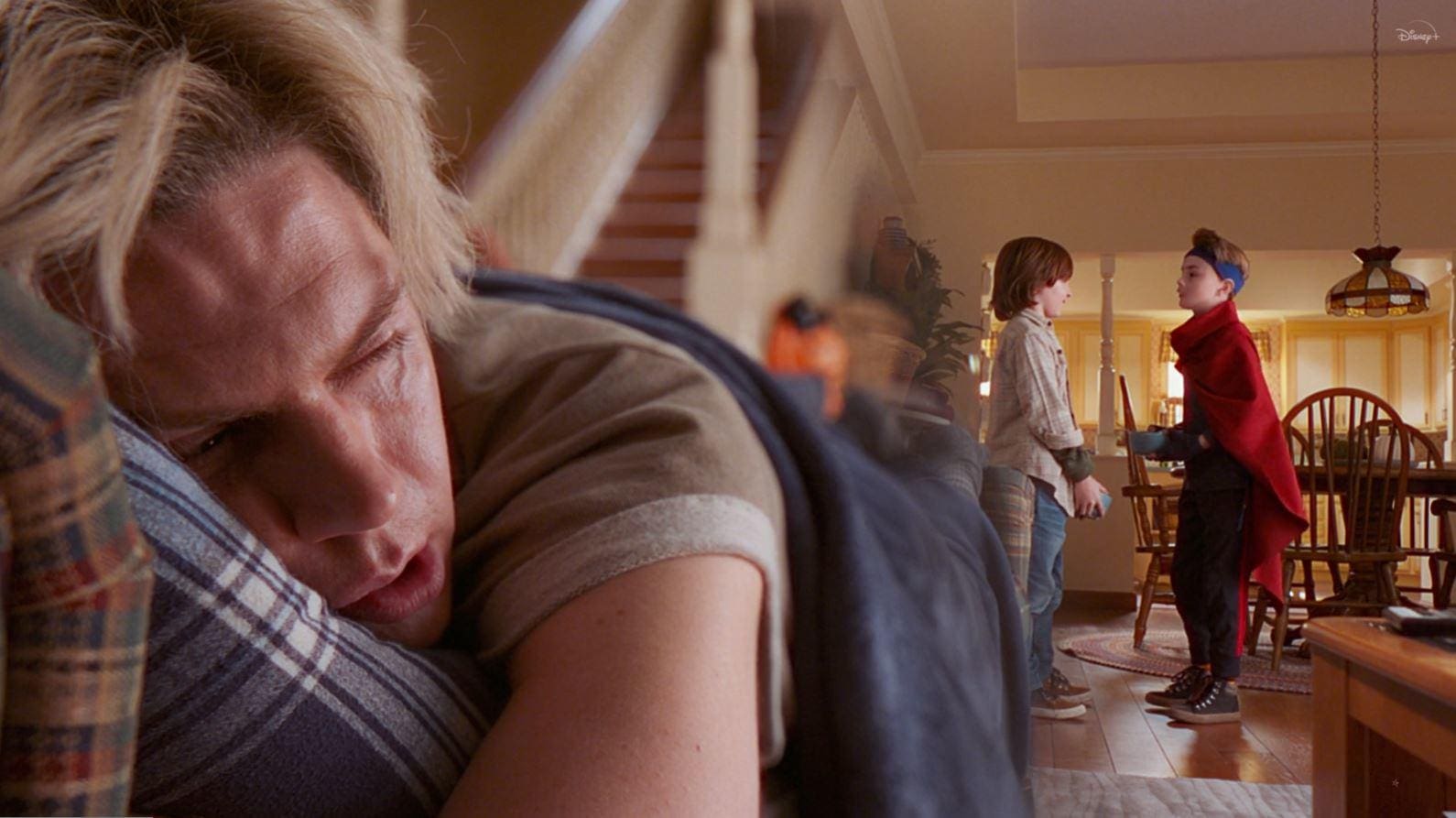 Darcy discovers that Vision has arrived at the boundary. Even though she was previously ordered to leave the base, she rushes to help him. He appears to be unable to leave Westview and as he steps beyond the field that Wanda has created, his body begins to pull apart and the loose pieces fly back into Westview.

The SWORD agents stop Darcy from helping and handcuff her to a car. Back in Westview, Billy can sense and hear Vision’s pain and he alerts Wanda. She pulls Vision back into the Westview zone. While doing so, she extends the boundary of Westview, encompassing the SWORD base and the surrounding area.

In Westview, the base now appears as an outdated circus tent and the agents arrive as mimes and other circus characters, the helicopter is turned into a hot air balloon, and so on. It is revealed that Darcy was sucked into Westview, but the state of Hayward, Woo, and Monica is still up in the air as they were driving away. 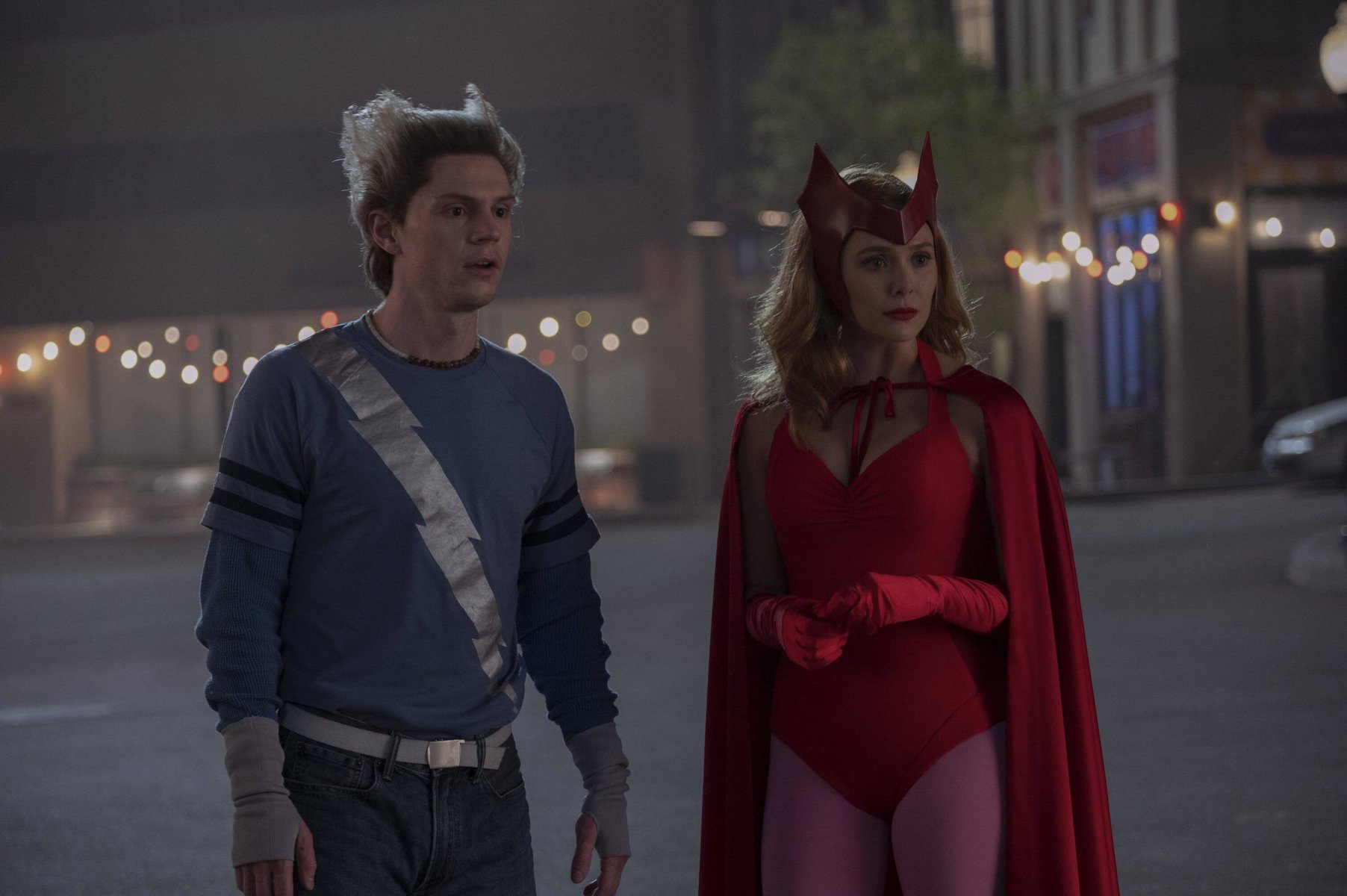 The commercial in this episode of WandaVision followed the popular claymation style of the nineties. It was filled with bright colours and dark humour. It showed a person stranded on an island and given a colourful yogurt cup by a talking shark, the strandee was unable to open the food and ended up withering away.

The item was “Yo-Magic” and the tagline was, “The snack for survivors!” 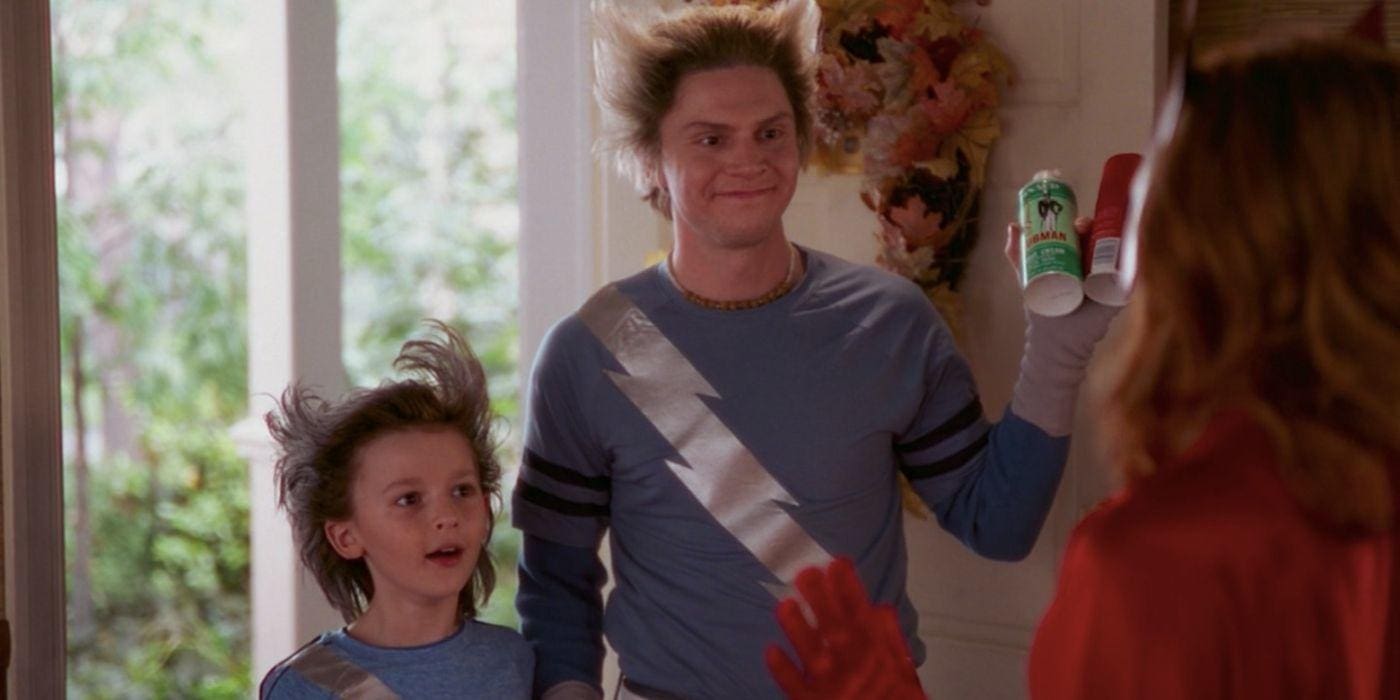 Woah! This episode was majorly creepy, a perfect fit for the Halloween theme. While it is getting harder and harder to deny Wanda’s willful control of the Westview situation, the reminder that she is acting out of guilt and pain continues to ring true. However, that doesn’t change the unethical nature of all that she’s doing. It’s hard to decipher whether or not this will introduce her as a villain in the MCU or if she will have, yet another, redemption moment forthcoming in her character arc.

The big question still goes unanswered: Who is Monica’s aerospace engineer friend? My heart rides on James Rhodes, mostly because I’d like some more Don Cheadle content in my life (please and thank you), but the internet seems convinced that it’ll be the introduction of the famed Marvel scientist Reed Richards. I guess they’ll be getting rid of one genius scientist and replacing him with another. RIP Tony Stark.

Did you like WandaVision Episode 6? Let’s watch WandaVision together! Be sure to tune in at the end of each week for our recaps on the new episodes.