WARNING: There are SPOILERS for Shameless Hall Of Shame Episode 4 in this recap, because, well… it’s a recap…

This new episode of Shameless focused on Debbie, Carl & Liam. Fans are growing restless as the Shameless crew puts out another Hall of Shame episode. While the cast and crew suffer from Covid-related production delays, Showtime has been airing a spin-off series combined with new content and a montage-like flashback of the show’s past ten seasons. Rather than being sprinkled in throughout the new season, the episodes have been airing in place of Shameless during the show’s hiatus. During the winter holiday, we received an episode on Ian and Mickey, and then one on Kevin and Veronica the following week. These last two Sundays have been a Lip Gallagher special and then one of the three youngest Gallaghers, Debbie, Carl and Liam. 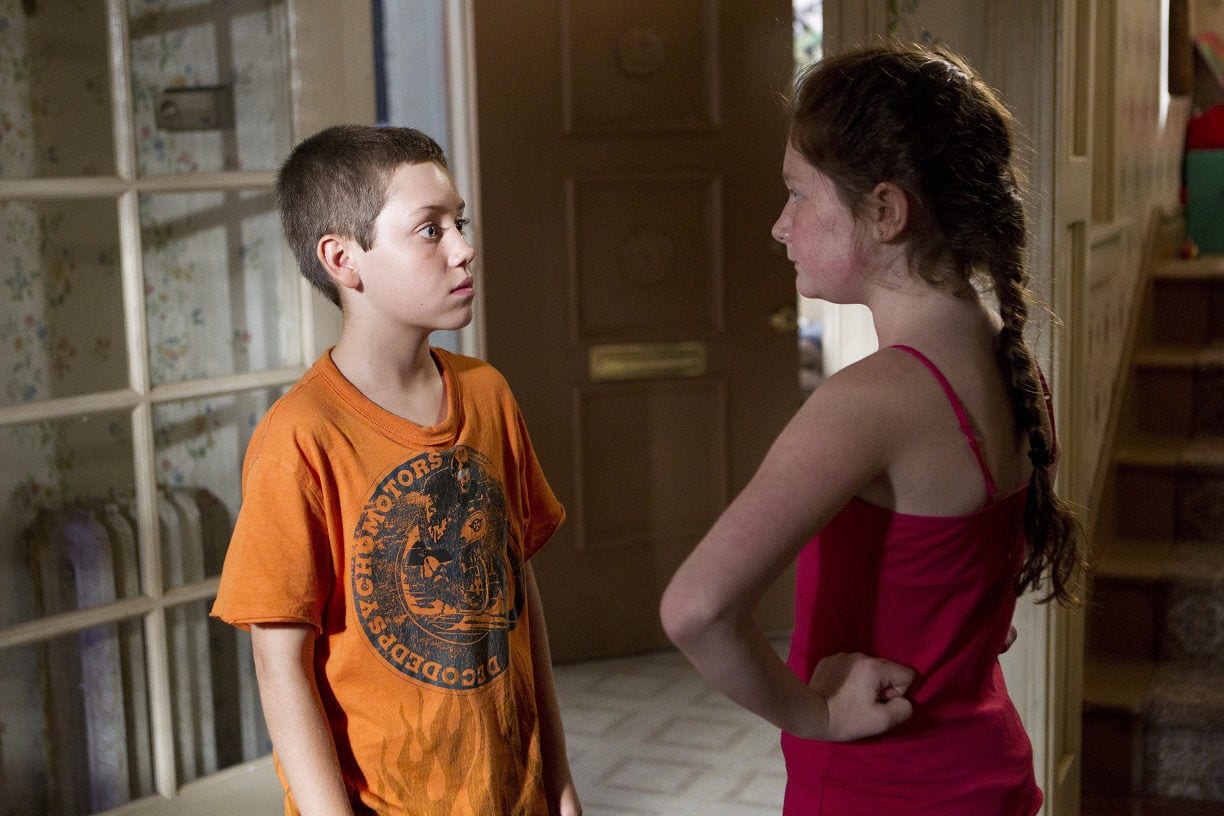 Seemingly enough, fans of the show are growing frustrated on social media despite the Shameless Twitter account trying their hardest to clarify that the final season of Shameless and the Hall of Shame series are not the same.

Across social media platforms, the show is being accused of being “lazy,” “unoriginal,” and boring!” While Hall of Shame might not be everybody’s cup of tea, what people are not understanding is that the second half of the season has not finished filming. Just a few weeks ago, Deadline reported that Shameless is one of many Warner Bros. shows that have been put on hiatus while the production company reviews their Covid safety protocols. According to their reports, “The production start delay will allow for a 10-day quarantine of those who had traveled for the holidays per LA County guidelines.” Hall of Shame is simply a creative way to keep the show on the forefront of everybody’s mind during these unprecedented breaks and to provide entertainment content for their fandom peeps.

@SHO_Shameless The hall of shame episodes that seem to be filler are not entertaining. I wish you guys had put more effort into the last season. I mean, fans have stayed until the end, we could've gotten better episodes than ones that are 45 mins of flashbacks. #Shameless

#shameless how many more of these throwback episodes aka hall of shame are left to endure before we get back to the story? These are disappointing. I love my Gallaghers, Kev and Vee! Rather see no episodes than these. #shamelesswtf

But fear not, Shameless season 11 returns next week (Jan 31) with a new episode. The schedule is a little unclear at the time being, but it appears as though there will be no new episode on Feb 7, then season 11 will return the following week on Feb 14. Then the final two Hall of Shame episodes will premiere on Feb 21 and Feb 28. After that, there will be a whole month of new season 11 episodes, from March 7 to April 11— thus completing the 12 episodes of the season and culminating the series. So enjoy it while it lasts, before you know it the Gallaghers will be gone for good!

Let’s launch straight into “They Grow Up So Fast” 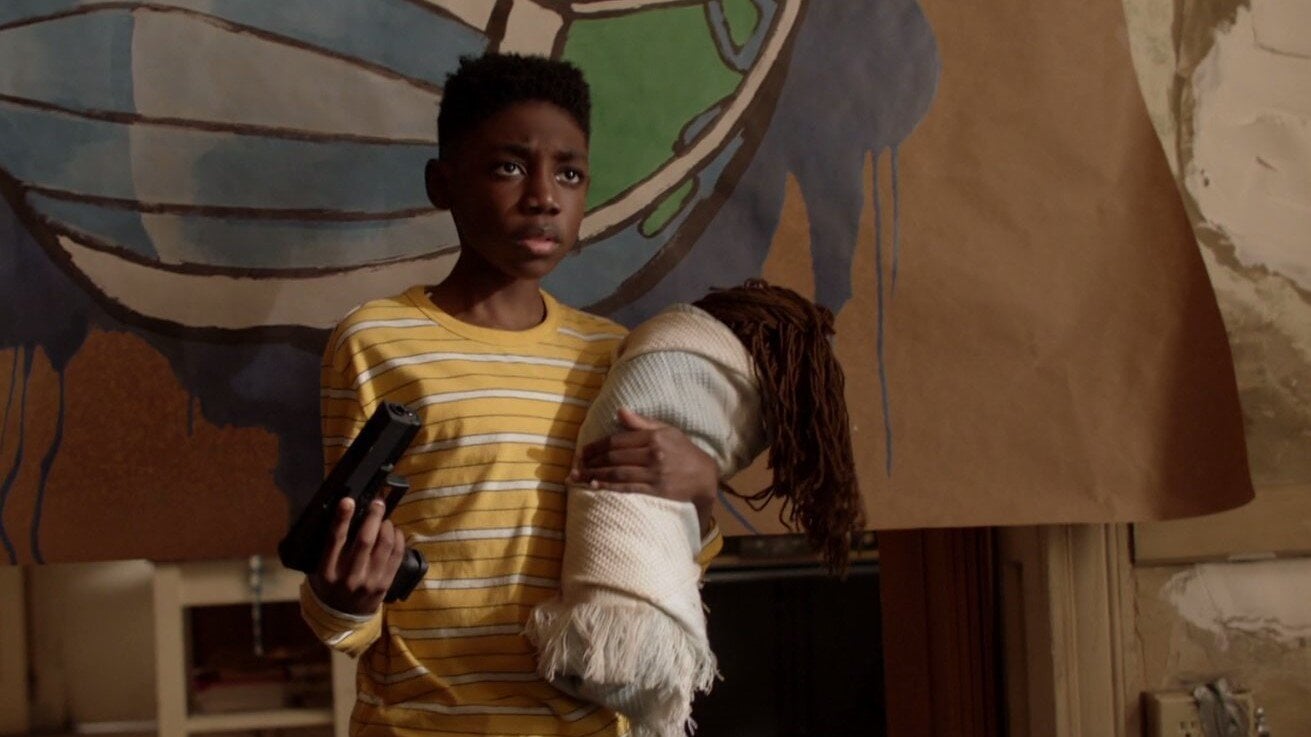 Episode four of Hall of Shame was a bit more uneventful than the previous ones. The episode opens with present-day Debbie Gallagher (Emma Kenney) learning how to knit — it’s her new Covid hobby — when Liam (Christian Isaiah) grumpily comes into the room and announces that he’s been dumped. What happened? Well, his girlfriend found out he was a Gallagher and went running for the hills.

This launches into an argument between Debbie and her brother Carl (Ethan Cutkosky) over who’s the craziest. According to the two, neither of them are crazy.

As all Hall of Shame episodes go, their conversation is accompanied with flashbacks into the characters’ respective pasts. In case you forgot, young Carl was violent and deranged, and baby Debbie was just freaking adorable.

The two come to the agreement that their upbringing didn’t do them any favors— a repetitive theme in these episodes. Monica (Chloe Webb) was unstable and unpredictable, and according to Debbie, Frank (William H. Macy) was around just enough to “[expletive] them up.”

The montage breezes over their neglectful relationship with their parents, some highlights (or should we say, lowlights) being; Monica driving under the influence with her children in the car, Frank shaving Carl’s head and convincing him that he had cancer, and Frank leaving Liam unsupervised in a car.

Then they jumped onto the Fiona-bashing bandwagon. What can we say? As much as we love her, she made just as many mistakes as the rest of them. This, unsurprisingly, included a reminder of the time she left her cocaine unsupervised during a house party and toddler Liam got into it, resulting in his hospitalization and Fiona’s arrest.

In the present, Debbie and Carl convince Liam that he “doesn’t need a Covid girlfriend, they’re complicated.” This led to a rocky melange of Carl’s and Debbie’s past relationships— the psychotic Kassidi and Debbie’s deceased baby daddy Derek, among the many others. This helps Liam decide that he’s going to follow in his older sibling’s footsteps and “lean into being a Gallagher.” He posts a photo on his Instagram, looking like a caricature of a teen mom and a thug— resembling his two siblings.

While watching Debbie and Carl walk around the messy Gallagher household arguing and punching each other around wasn’t as titillating as Ian (Cameron Monaghan) and Mickey (Noel Fisher) troubleshooting their relationship problems or Lip (Jeremy Allen White) making up a fairytale-esque bedtime story for his son, it was a fun reminder of how far the young trio have come along. Carl went from being a directionless fugitive to being a “sellout” cop (again, according to Debbie). And Debbie went from being an innocent and idealistic child to a proper Gallagher— running cons of her own— and beyond that, a certified welder and lovingly-enough mom. Things are still up in the air for Liam’s future, but he is the most well-adjusted of the crew and he might manage to dodge the troubles that the rest of the Gallaghers had to face. Lucky for him, he was raised primarily by the second generation of Gallaghers instead of Monica and Frank.

Tune in next week for a recap of the new episode of Shameless season 11.

Here’s the synopsis of the upcoming episode of Shameless, “Slaughter” as described by IMDB:

Ian and Mickey’s security gig comes into question. Frank and Kev try to take down the Milkovich’s. V canvasses to get black people to the polls. Debbie takes Franny to meet her favorite wrestler. Carl and Leesie’s policing comes to a head.

When Hall of Shame returns, it’ll be with an episode about Fiona, and then one about Frank.

What do you make of this Shameless recap? Let us know your thoughts in the comments below.