Franny was stuck with Frank. Mickey and Ian punched it out. Things got a little too-real for new parents, Lip and Tami. This week’s episode of Shameless Season 11 was a wake-up call for the Gallagher household and their inability to fully escape the cycle of instability that they are accustomed to.

In episode three of the final season of Shameless, the fourth wall opener was done by Debbie Gallagher (Emma Kenney). She, once again, reminds us that she is a working parent before taking a swig of her beer and passing it over to her daughter Franny (Paris Newton).

Debbie and Franny are not having a good time

In “Frances Francis Franny Frank,” the episode opens with the two arguing over capturing the perfect picture for the Little Miss South Side pageant. Franny is obviously disinterested and doesn’t want to wear a dress for the applicant photo, as we saw last week when she wasn’t keen on the princess-themed birthday party her mom planned for her. After being on her worst behaviour all morning, Debbie gives up and decides to leave for work, carelessly requesting that somebody in the household take her daughter to school. Things didn’t go as planned.

After deadbeat patriarch Frank (William H. Macy) brags to his middle-school-aged son Liam (Christian Isaiah) that he could take care of Franny if he felt inclined to, Liam leaves her with him. Frank and Franny embark on a day full of drug runs and other shenanigans, such as him getting a tattoo in her honor. As he was inked, she stood by his side while an artist “tattooed” her with a marker. It was a touching episode, watching the two of them bond. Frank tells Franny to lighten up on her mom; to play “the long game” and to do little things to please her mom, so that she can save the energy for more mischievous mishaps later.

Debbie quickly discovers that Franny was not brought to school. She came across this information while fixing up a client’s home. After remembering at the last minute that she was on snack duty for Franny’s class, Debbie steals food from her client and rushes to the school, only to be told by Franny’s teacher that she was never brought in.

Things escalate quickly as Debbie and Sandy (Elise Eberle) drive around trying to find the pair, they stop at the Armenaian laundromat that Frank frequents to buy weed and a large park. They eventually find the two walking on the sidewalk and Debbie explodes on Frank for not understanding the seriousness of his actions. She tells him, “I know you didn’t give a shit about where your kids were most of our lives but I care about mine,” reminding us that despite whatever relationship Frank is trying to build with Franny, judging by his track record, it is unlikely to last. Three episodes of moderate stability might be a new personal best for him.

Me whenever Frank even slightly wants to show he’s a decent human being and has a heart #Shameless pic.twitter.com/LEJTpltuz5

Still. However, the ending of this week’s episode gave light to some possible reconciliation. While last week they were arguing about Mickey (Noel Fisher) getting a job, this week was about who is the “man” in their relationship. Ian (Cameron Monaghan) makes the first few jabs, refusing to add some versatility to their sex life while they do a little Jonas Brothers roleplay. Once they go downstairs and join the rest of the Gallaghers for breakfast, the group all vocalize that Ian is the more masculine figure in their relationship. Ian makes a few mean comments which Mickey fixates on all day, including, “You have the hairless body of a preteen girl.”

Mickey spends this episode at the Alibi, giving Kevin (Steve Howey) and Veronica (Shanola Hampton) some pointers on money laundering. After Kevin fails to do so properly, as he was too busy flaunting his cash and ended up getting robbed, Mickey made a deal with the two. For a percentage of the share, he would transport the money from the bar to the casino, to the bank. In addition to money, he wants a membership to Kevin’s low-key gym in the back of the bar, in order to get “swole.”

Meanwhile, Ian chats with his Amazon employees about gender construct in relationships. They come to the conclusion that Mickey is the breadwinner and Ian is “the woman,” much to Ian’s dismay.

Who does more cooking and cleaning? Neither of us.

Who provides emotional support? I don’t know what that is.

Kids to take care of? Nope.

You both have jobs? Mickey-ish.

Who makes more money? He does.

His day only gets worse as his boss requests that he works through his lunch for free. In response, Ian quits, but not before yelling some obscenities at his boss. Take that Jeff Bezos!

After reuniting with Mickey at the bar, the two promptly get into a fistfight. Veronica grabs a pool stick and breaks them up, exclaiming “Not in mama’s house!” Before making them talk things out, she lectures them about the ill way they’ve been speaking about women throughout the episode, telling them, “Just because you’re gay doesn’t mean you get away with turning woman into second-class citizens.” The two eventually kiss and make-up, continuing with their weird Jonas Brothers roleplay in the mid-credits scene.

Lip and Tami have a bit of a wake-up call 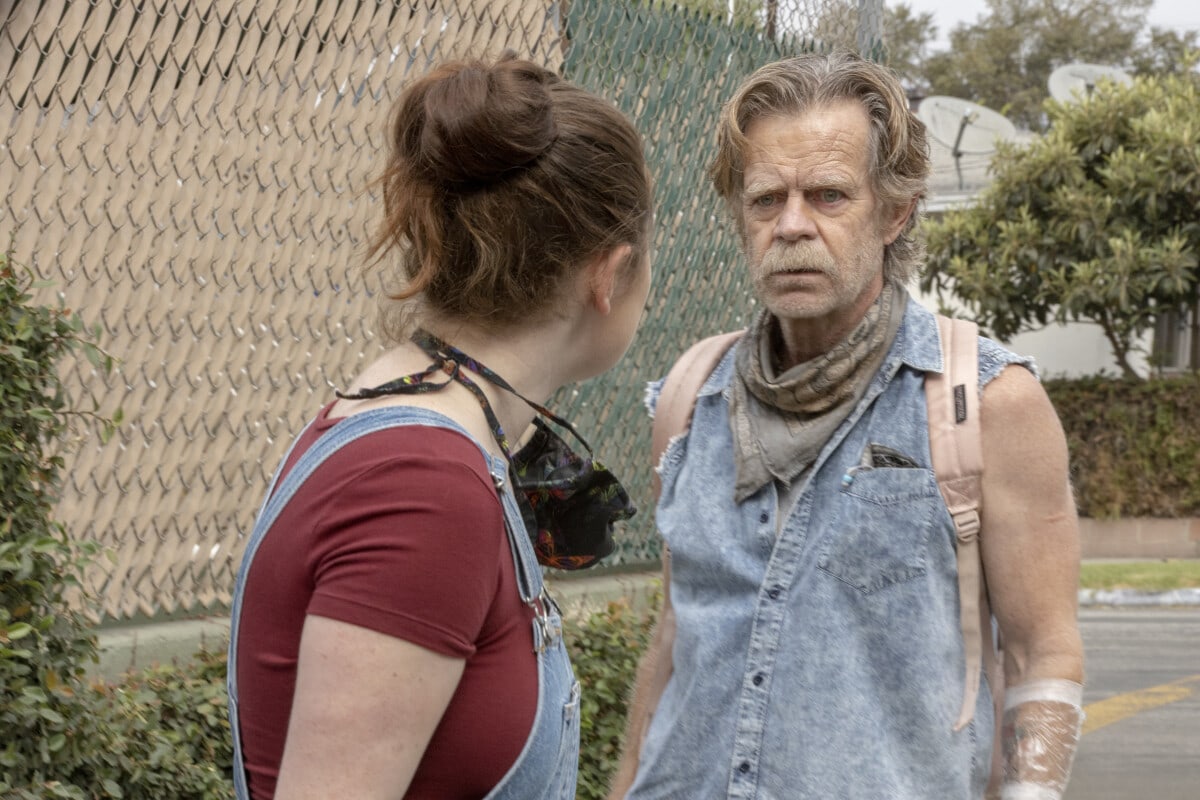 after Tami’s sister discovers a health complication with her son. Tami (Kate Miner) inquires about the ways in which the Gallaghers can help pull together the required $65,000 copay required for her nephew’s heart surgery. Lip (Jeremy Allen White) has to break it to her that there isn’t much they can do, “The Tamiletti’s have something they can sacrifice, Liam and Carl still share the same underwear.”

While it isn’t their son that’s currently in need of medical care, it did make it dangerously clear that they don’t have the financial stability to properly take care of their son if something similar ever happens. That might change soon though, as after their landlord (and Lip’s friend) pops into their place, he congratulates them on the remodel, offering Lip compensation for his hard work. Maybe house flipping is in Lip’s future?

There’s not much fun with Carl’s storyline

I think everyone calling out Debbie might be my most favorite scene ever. Long overdue. But of course she's probably going to turn it into "wah wah wah Lip is mean and yelled at me" instead of "Shit, I was totally wrong this morning." #Shameless pic.twitter.com/3WyybSb6DP

Read more: The 10 Best Films To Watch This Christmas

He made his first arrest, as a cop. His new training partner (Toks Olagundoye) is much more suave than his last, who is not doing too well after his heart attack last week. So far, his storylines have been rather boring and repetitive: He is in uniform, he spends his day being a cop, he comes home and brags about being a cop.

The storylines conjoin at the end, as the Gallagher’s are gathered at the dinner table. Debbie comes in, yelling at the bunch for not looking out for Franny. She takes it a step too far by yelling at Liam after finding out that he was the one who left her with Frank. A bit unfair as the young boy was left with Frank numerous times at his age. The family tells her to calm down, which of course, only enrages her more. Lip eventually cracks, striking her weak spot and calling her a bad mom.

There’s one last touching moment left: Franny shows up outside her mom’s bedroom door wearing the pink dress for the pageant photo. Once the camera pans out, we see her give a thumbs-up to Frank, who is standing in the staircase.

It alluded briefly that Frank is having issues with his memory throughout the day. He gets lost during his long-winded stories, he forgets where he’s guiding Franny, he stumbles a bit. While my initial thought was dementia, I figured it could just be that he’s high or drunk, or both. If you asked me at the beginning of the series, I would’ve told you that a dead Frank is much more likely for the finale, than a rehabilitated Frank. Although, now, I couldn’t tell you. It seems a bit rude to warm everybody up to his character just to take him out. But that’s showbiz, kid.

(As a last note, to revisit Tommy and Kermit’s intimate twist from the premiering episode, it looks resolved for now as the two are back on good terms.)

What did you think of this week’s episode of Shameless Season 11? Did anything surprise you? Do you have any predictions for next week?