The first episode of the final season of Shameless (Season 11 Episode 1) has aired on Showtime, and here’s our recap of that episode. Beyond the cheap laughs and intricate plots, there was an underlying melancholy feeling, knowing that this was the last season premiere we’ll be getting from the Gallagher bunch.

The episode was quick to jump into action. Without holding back, the opening monologue was delivered by Frank Gallagher (William H. Macy) and he had some colourful words to say about the coronavirus pandemic. I found the episode’s fixation on the pandemic to be a bit awkward since it’s still prevailing, especially in the United States, and especially in Chicago where Shameless takes place. However, it was expected as a few days ago the show’s developer John Wells did an interview with The Hollywood Reporter where he was asked if and how COVID-19 would impact his characters, to which he said, “We rewrote all of the first six or seven episodes, all of which were already written. We try and make it as specific to the time when we’re shooting it, even though we know we are going to be a couple of months off.”

In that interview, Wells also confides that he hasn’t written the series’ finale which means we may have some secret cameos in the works. He said he would love to get Emmy Rossum to reprise her role as Fiona, the eldest Gallagher sibling, which would be a dream for all Shameless fans. 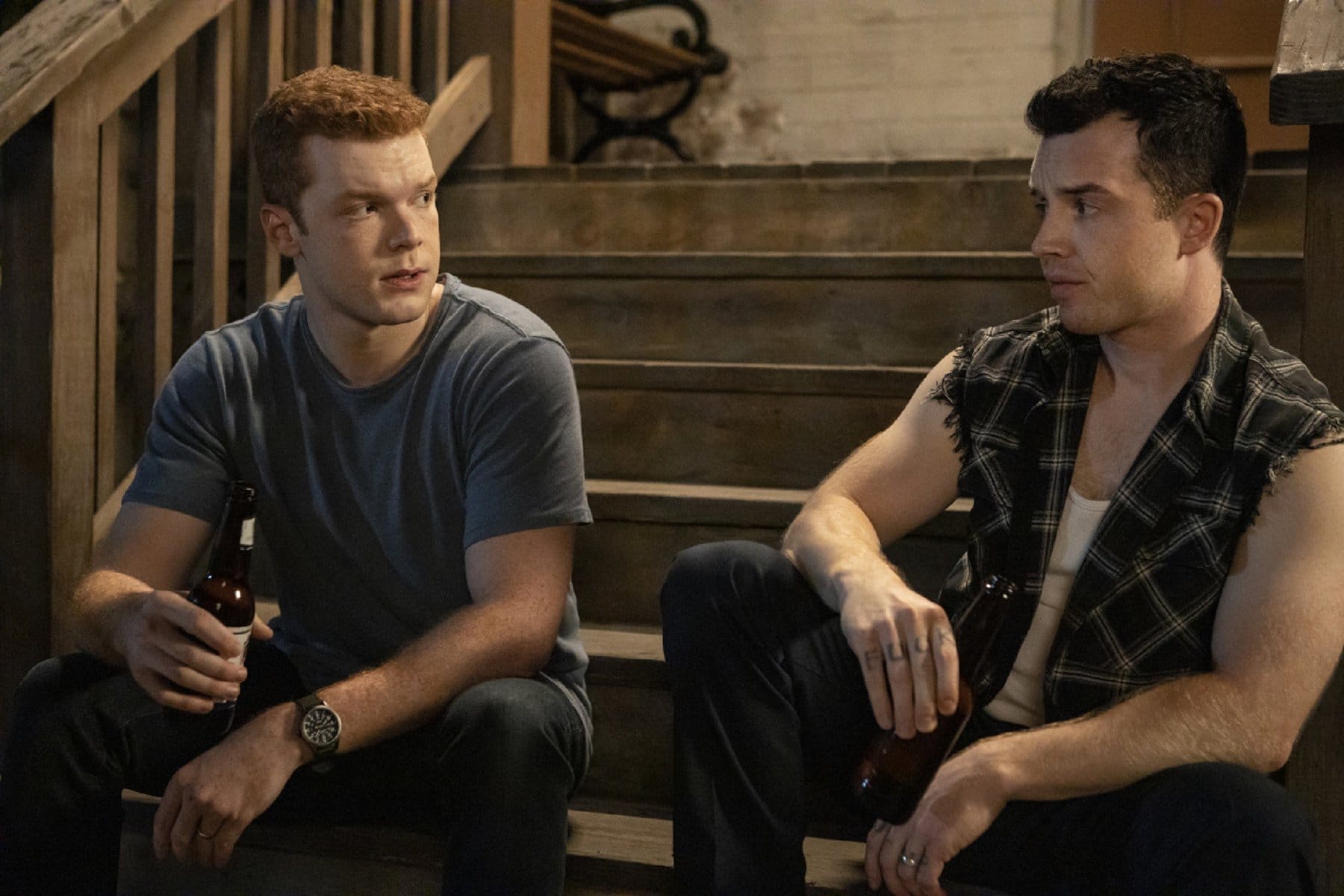 Read More: Shameless Recap: The Gallaghers Are Back and We’re Excited

Back to the episode, “This Is Chicago!” had an abundance of improper mask-wearing which was horrifying but perfectly in-character for the brazen bunch. After the Frank opener and the poppy theme song, the camera cut straight back to Frank where he was being interviewed on camera by a graduate student doing research on “economic displacement and transition” in urban communities. Of course, Frank told stories laced with lies while exaggerating the Gallagher importance. The only thing that shocked me was that the interviewer was wearing a mask and Frank wasn’t. But what else could be expected from him? He’s undoubtedly the worst, just like anti-maskers.

Yikes! Debbie Gallagher (Emma Kenney) is in an ankle bracelet, one that was beautifully bedazzled by her daughter Franny. Debbie is on probation after having an affair with her now ex-girlfriend’s daughter, who Debbie argues was only “ten months younger” than her. However, rules are rules, and Debbie was an adult who made the poor choice to sleep with a teenager.

Her storyline through the episode is quite intriguing. She’s first seen lounging in bed with Sandy Milkovich (Elise Eberle) chatting about how Franny’s school is back in session; they quibble over how long the school will last in-person before returning to Zoom. After getting delivered a package by her younger brother Liam (Christian Isaiah), we learn that Debbie is starting her own construction business, tastelessly called “Debbie Does Everything,” which is now tacked on to her car. Debbie spends her morning dropping Franny off at school and having a conversation with the other sex offender parents (Debby is a “mask under the nose” gal) before going to a construction gig which failed due to complications with the sex offender registry. Debbie excitingly finds herself being rebranded as a Hot Lesbian Convict as they play the “queer card” to lessen the effects of her crime.

Of course Debbie would be wearing her mask wrong, can’t stand her. The mask goes over the mouth AND the nose, Debs❗️ #Shameless pic.twitter.com/ZMlq1DyVx0

There’s trouble in paradise for Gallavich. Ian Gallager (Cameron Monaghan) and Mickey Milkovich (Noel Fisher) spend this episode bickering over newlywed things, but not until after we get a sweet morning greeting with them calling each other by their new last names.

Six months into their marriage and they are having trouble communicating; Mickey spent most of their honeymoon money, and he is unemployed and not interested in getting a job. Ian seemingly wants them to get their own place and would like to work on compromising and communication, but he also just wants to get his way. Towards the end of the episode, they discuss monogamy, neither of them passionate about either side; whether or not they are allowed to sleep with other people. They make a little game out of it, one that is cut short by a family gathering at Lip’s new place to eat dinner and help with fixing up the new place.

They aren’t the only couple that is going to “go through it” this season. This episode highlights some of the instability in Lip Gallagher’s (Jeremy Allen White) relationship with Tami Tamietti (Kate Miner) as the two manipulate each other while trying to keep the peace in their new house with their teething baby. 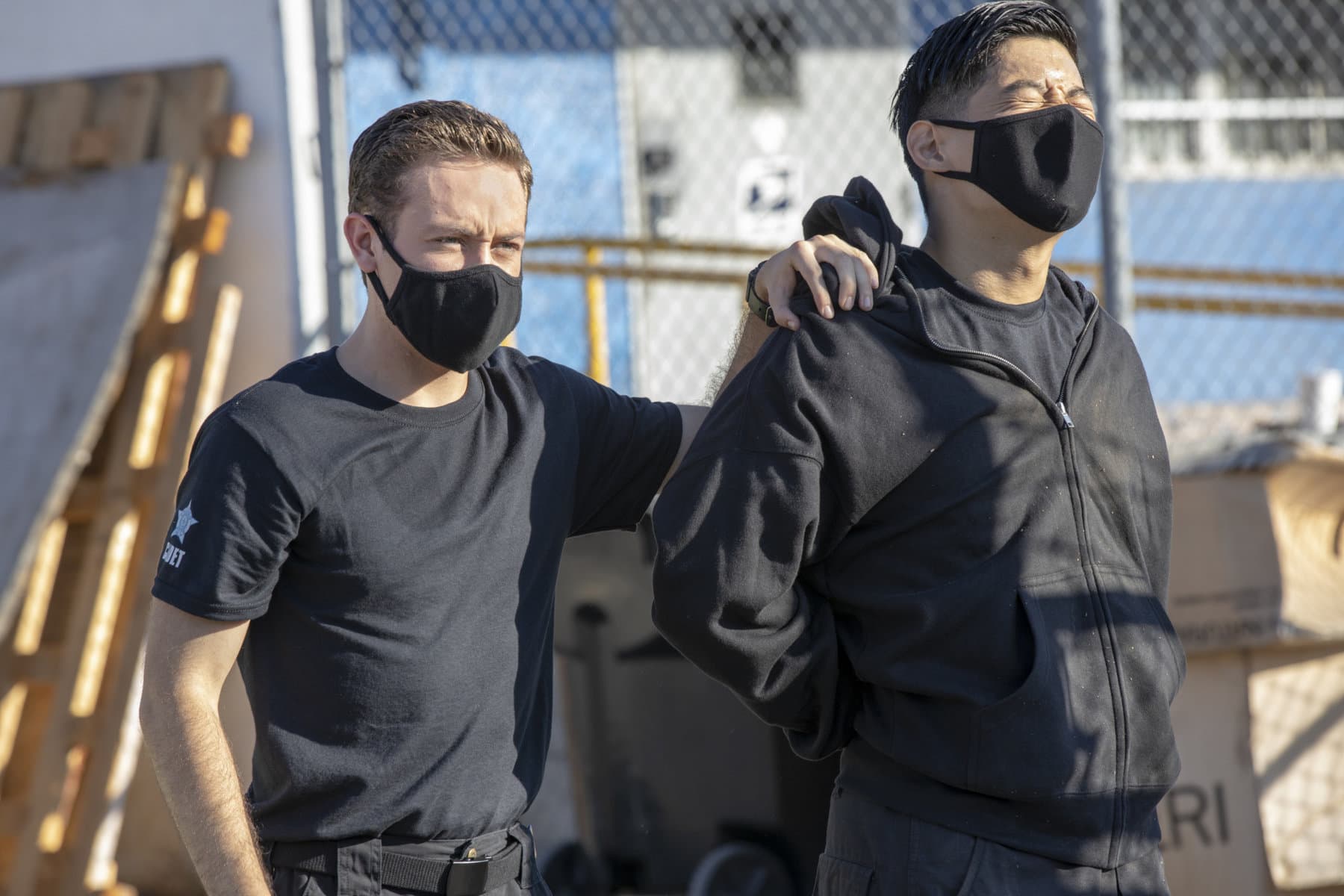 Read more: Dexter Is Being Revived In A Limited Series With Michael C. Hall Returning

Lip feels as though he has to do whatever Tami wants because he bought a house without her permission and she was kind enough to let him get away with it, so throughout this episode we see her calling most of the shots. He schmoozes around to do things his way without her knowing, such as pouring cheaper coffee in a coffee cup from her shop of choice and mixing two discount paint colours instead of getting the pricey $25-a-pop seafoam green colour that she wants. Although this doesn’t blow up in anybody’s face by the end of the episode, I don’t think it’s the last we’re going to hear of it.

Kevin Ball (Steve Howey) and Veronica Fisher (Shanola Hampton) are cashing in on Chicago’s new legalization of marijuana. They are selling edibles and a variety of blends in their bar, the infamous Alibi, which is supposed to be shut down due to coronavirus protocols but they are still letting their regulars in. Veronica offers some strong words about the new legalization after barfly Tommy (Michael Patrick McGill) shares his unfavored opinion. She shares some of the racial inequality and history surrounding marijuana prosecution, referring to it as criminalized racism.

In a weird turn of events, Tommy ends up eating a bunch of edibles with his barstool pal Kermit (Jim Hoffmaster) and the two end up hooking up in the gross Alibi bathroom while Phil Collins’ “In the Air Tonight” drones on in the background. I’m intrigued to see if Shameless will follow up on that next week.

Tommy and Kermit starting off this season with a bang, amirite? #ShamelessWatchParty #shameless

Shocker to none, Liam didn’t get a storyline this episode. In the Wells interview mentioned at the beginning, it was shared that the team had to cut some of the big storylines involving the two child characters, Liam and Franny, due to COVID-19 production protocols and the inaccessibility to large groups of child extras.

The second-youngest Gallagher brother, Carl (Ethan Cutkosky), is now a police officer after excelling in his physical training and testifying against the poopy garbagemen from last season.

“This is Chicago!” was a great start to season 11 of Shameless. There is tons of trouble afoot with our favourite South Siders as the episode set up a great slate for the Gallaghers and their friends to tackle coronavirus-related troubles, racial inequity, and the gentrification of the South Side. We were left with one final message: Fuck 2020.

What do you think? Did we cover all of your favourite parts from last night’s episode? Do you have any predictions for the rest of the season? What storyline are you most excited about?

You can watch the new episode of Shameless on Showtime.

What do you make of this recap? Have you been watching Shameless? Let us know your thoughts in the comments below.