Shameless Hall of Shame Episode 5 Recap: Go Fiona On Them

In the latest episode of Shameless, Showtime brought back a beloved fan-favourite.

This tribute episode was dedicated to the eldest Gallagher, Fiona (Emmy Rossum).

In the Hall of Shame episodes, the show tends to lace current-day storylines with montages of related moments from the character’s history in the 10-year-old series.

However, as Emmy Rossum has long-departed the show, this episode was told through the Gallagher crew and our two honorary Gallaghers.

Throughout the episodes, the gang took turns “filming” a video to be submitted as part of Fiona’s video audition for a televised reality show.

But it wasn’t all about Fiona — boo! — instead, the Gallaghers reflected on their own lives and the roles they played in the survival of their family.

Debbie (Emma Kenney) and Carl (Ethan Cutkosky) debate over whether or not Fiona “was a good mother.”

They realize that she never failed to mention that she was doing a good job, although their memories were quite sceptical. 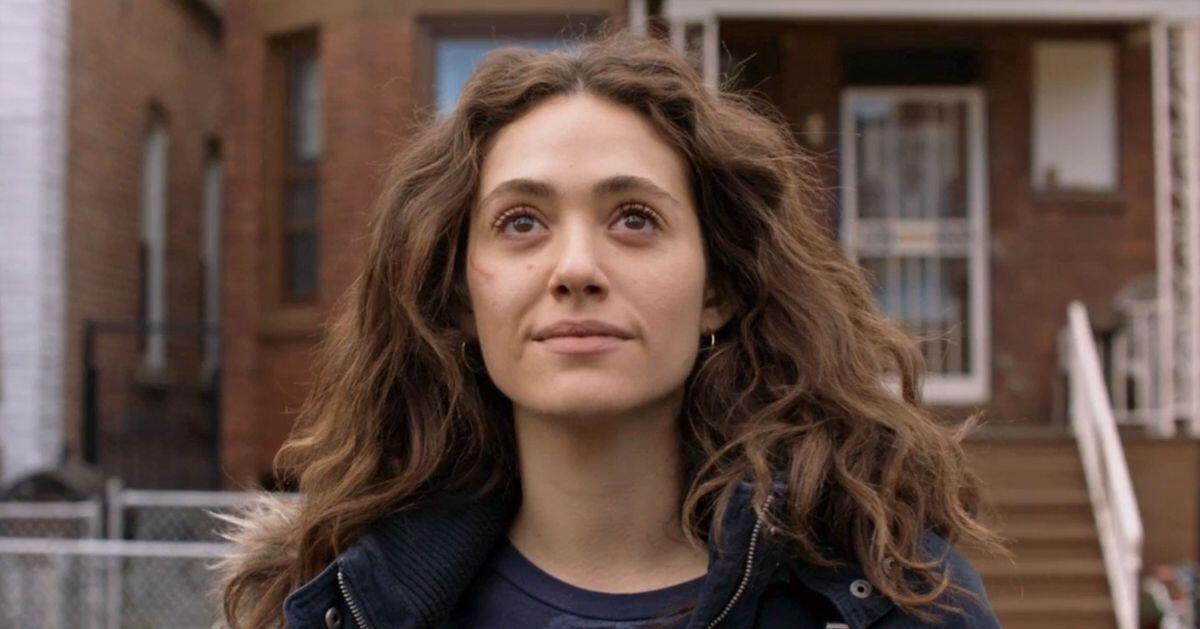 Read more: Shameless Hall of Shame Episode 3 Recap: Once Upon A Phillip Gallagher

While Fiona was a fantastic older sister and a crucial part of the Gallagher family staying intact, it’s impossible to not recall her flaws and vast moments when the other Gallaghers had to fend for themselves— that’s what this episode is about.

Lip (Jeremy Allen White) comes to a similar realization, and as an older Gallagher, he also remembers the times where he had to compensate for Fiona’s shortcomings.

This brings back a fond memory of a season three episode, “The American Dream,” where Fiona decides to take a gamble on hosting a “club night” which ends up being a flop.

To Lip’s dismay, he has to con a group of rich teenagers under the guise of paid parking for a fictional concert in order to make up for her losses.

In this episode, he clashes with her and stresses that she has to do things as a team— the Gallagher way — or else she’s going to mess up their barely-scraping-by system.

The eldest Gallagher brother also recalls how Fiona and him “were more alike” than they’d like to admit.

We all love a good montage! 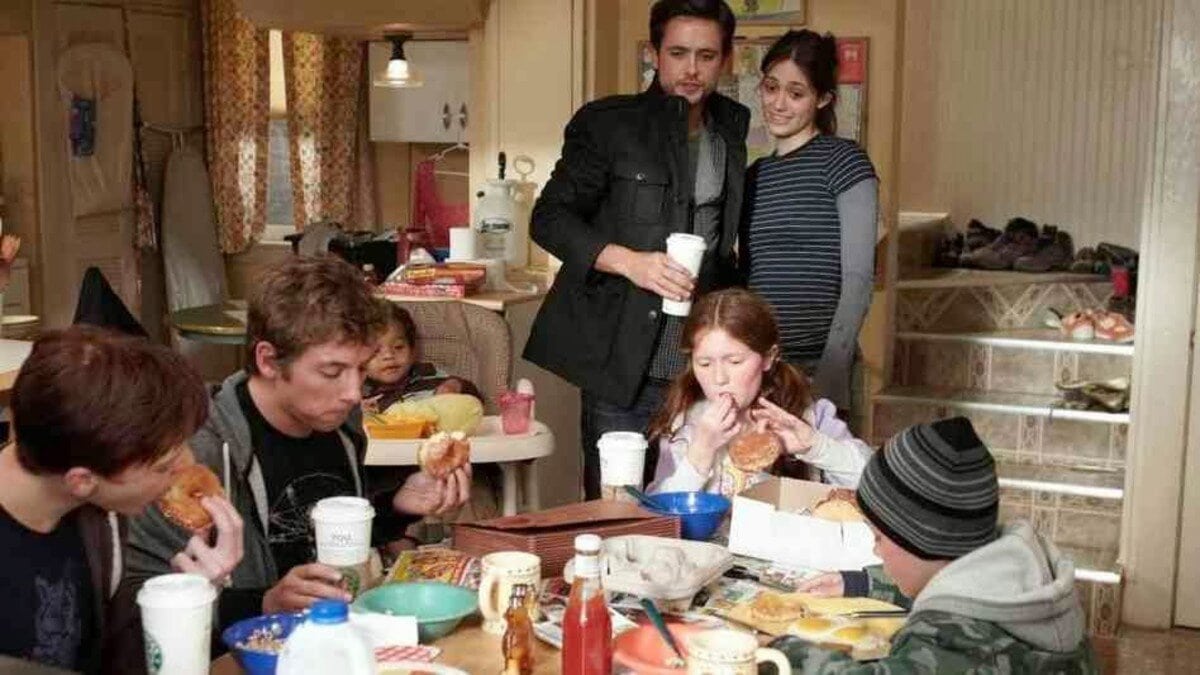 Read more: Shameless Hall of Shame Episode 4 Recap: They Grow Up So Fast

This launches the episode into a montage of moments where they were both stubborn and abusing drugs and alcohol. Not a high point for either of them.

Our favourite newlyweds, Ian (Cameron Monaghan) and Mickey (Noel Fisher) also filmed a “tape” for Fiona, but Mickey didn’t have his heart in it.

He claims that he didn’t like Fiona, especially because “she always bossed them around.”

There’s nothing more iconic than the sound of Fiona getting the Gallagher bunch ready for school, it was an integral part of the series for many years.

Whether the Gallaghers want to admit it or not, without her, there wouldn’t have been a survival system, to begin with.

That guides us straight to Frank (William H. Macy), the Gallagher patriarch who, like Lip, highlights his similarities to Fiona.

But also, this was a harrowing reminder of the moments when Fiona truly had too much on her plate. Such as when she had to fight for custody of her siblings after Frank drunkenly called Child Protective Services on his own household— his lowest move.

But this episode wasn’t all sad moments, it also featured a wonderful montage of all of Fiona’s exes.

Alright, I guess that is pretty sad as they all ended… quite tragically. 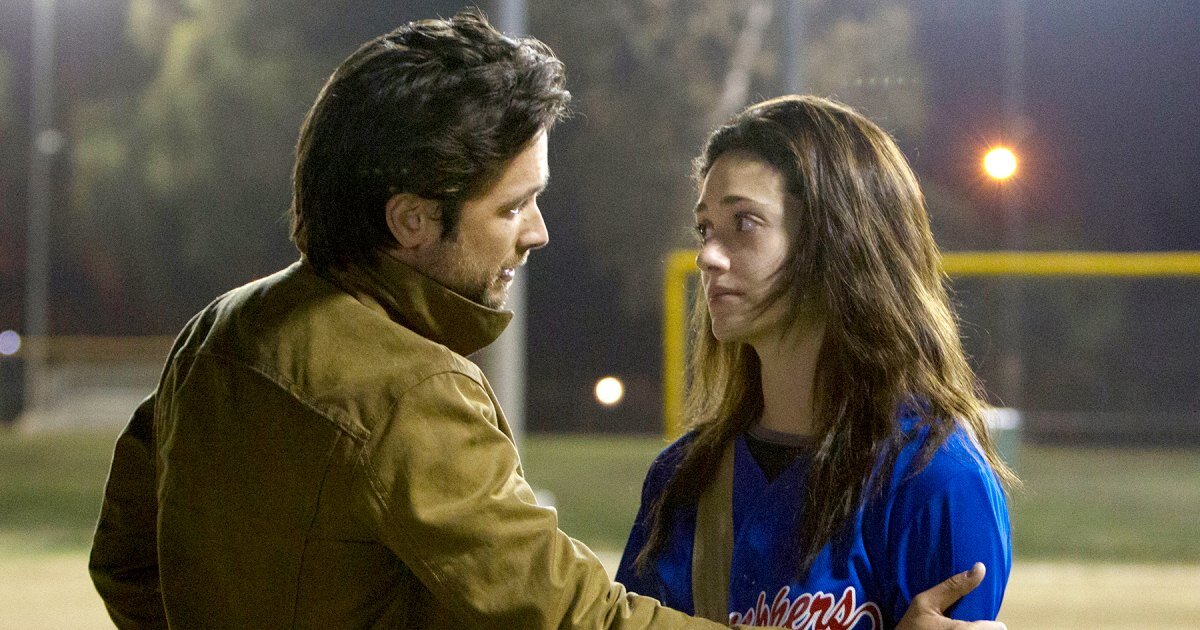 He was sweet and picturesque but lacked any sort of personality. Especially in the face of the Gallaghers.

Then Jimmy, or Jack, or was it Steve? Either way, he was played by Justin Chatwin and he was a man of many mysteries.

He’s the more common fan choice among all of Fiona’s ex-beaus.

Gus, Ford, and Mike. Mike’s brother. That married guy. The list goes on.

Kevin (Steve Howey) and Veronica (Shanola Hampton) also provided some comedic relief as they argued over who was closer friends with Fiona.

It was a tight one. However, it quickly died down as they remembered their temporary break-up and the role she played in their rekindling.

The episode ends with the sweet gang gathering where they say in unison, “If you want to protect your friends and family, go Fiona on them!”

If there’s one thing Fiona was unbeatable at, it was fiercely protecting her family, even if it means going to the extremes.

After this episode, it is inarguable and crystal-clear that Fiona has left a permanent mark in the Gallagher household and the hearts of Shameless fans.

Next week: Shameless Hall of Shame episode titled “Frank: Ghosts of Gallagher Past” which is destined to be a lively one.

The next episode of Shameless Season 11 will be on March 7.