Shameless Hall of Shame Episode 3 Recap: Once Upon A Phillip Gallagher

Shameless Sunday came and went quickly this week and much to many’s dismay, it was a third Hall of Shame tribute episode rather than the episodic continuation of season 11. However, this was my favourite tribute so far and that means a lot, speaking as a major Gallavich stan. “Once Upon a Phillip Gallagher” chronicled Lip’s (Jeremy Allen White) trek through young adulthood. As the second eldest Gallagher sibling, he was the first character we watched journey from high school to college, to post-college, and let me remind you: He’s been through a whole lot of rubbish.

The present storyline that accompanied this tribute revolved around Lip and Tami’s (Kate Miner) baby, Fred, who was feeling “under the weather” thus keeping his parents awake. Lip took the reins, allowing Tami to rest— or as she put it, “pass out on the couch to an episode of Bob Ross.” What can we say? Tami is a total mood.

Read more: Did Watchmen Just Turn Donald Trump’s Dad Into One Of The

After Lip discovers that he’s already read aloud all of Fred’s books, he begins to tell a story of his own which turns out to be a very PG version of his upbringing. Starting with, “Now, once upon a time, there was a little boy named Phillip Gallagher,” we’re gifted with the first montage which is a quick clip of the many times Lip and his companions (mostly family) have alternated between calling him by his preferred nickname and his “God Given” name, as Tami’s Jesus-obsessed grandma put it, Phillip. He, apparently, grew up in a “magical castle raised by a supportive and loving family.” Absolutely not. That’s not the Frank (William H. Macy) and Monica (Chloe Webb) we know. This line was accompanied with an insane family montage; all the way from his feuds with his neglectful parents to all of the times he butted heads with his older sister, Fiona (Emmy Rossum). 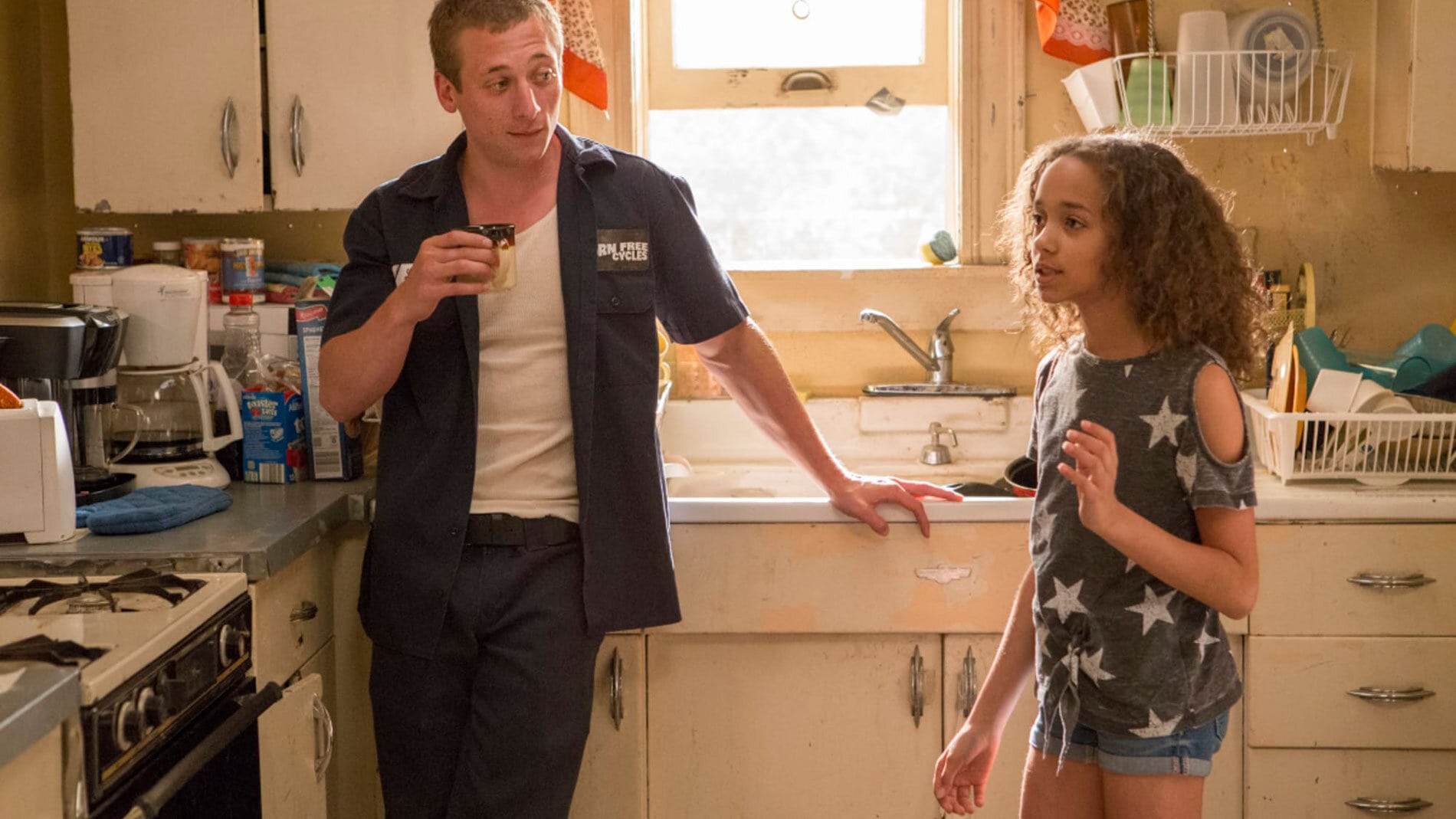 This seamlessly transitioned into his high school experience— “because of his privileged upbringing, little Lip was able to focus his attention on schoolwork and extracurricular activities.” Once again, nope! After showing quick snippets of scenes involving Lip working at his shared weed van with his neighbour and family friend Kev (Steve Howey) and his short stint living with his sister’s ex-boyfriend Jimmy (Justin Chatwin), it turns into the scene where Lip really began his descent to rock bottom. After growing aggravated by the strictness of high school, he flips out and throws a chair out of a class window leading himself to be kicked out. Like many moody and severely disadvantaged teens, he becomes convinced that he wasn’t going to return to school. Butting heads with Fiona over his decision, he points out the double-standard: Fiona didn’t finish high school, so why should he? He tells her, “I’ll pull my weight but I’m not going to be the [expletive] golden goose.”

Eventually, he returns to high school and convinces a bunch of wealthy kids to pay him to take the SAT for them [SAT: A standardized test typically required to enter college/university in the United States]. Through this, his intelligence is discovered and he gets accepted into Massachusetts Institute of Technology (the infamous MIT) but decides to go to Chicago Polytechnic on a full-ride scholarship. A majority of this montage focused on the “beautiful princess” he met while in high school, the absolute disastrous stories of Karen Jackson (Laura Slade Wiggins) and Mandy Milkovich (Emma Greenwell). As we all remember, this ended with Karen fooling Lip into thinking he was the father of her baby — who turned out being Asian and definitely not Lip’s — and then Mandy hitting Karen with a car, turning her into an unresponsive vegetable who eventually escapes the Southside to an Arizonian commune with her boyfriend. Fully exploring that mess would have to be an episode on its own. Then bam, we’re brought to his college years. 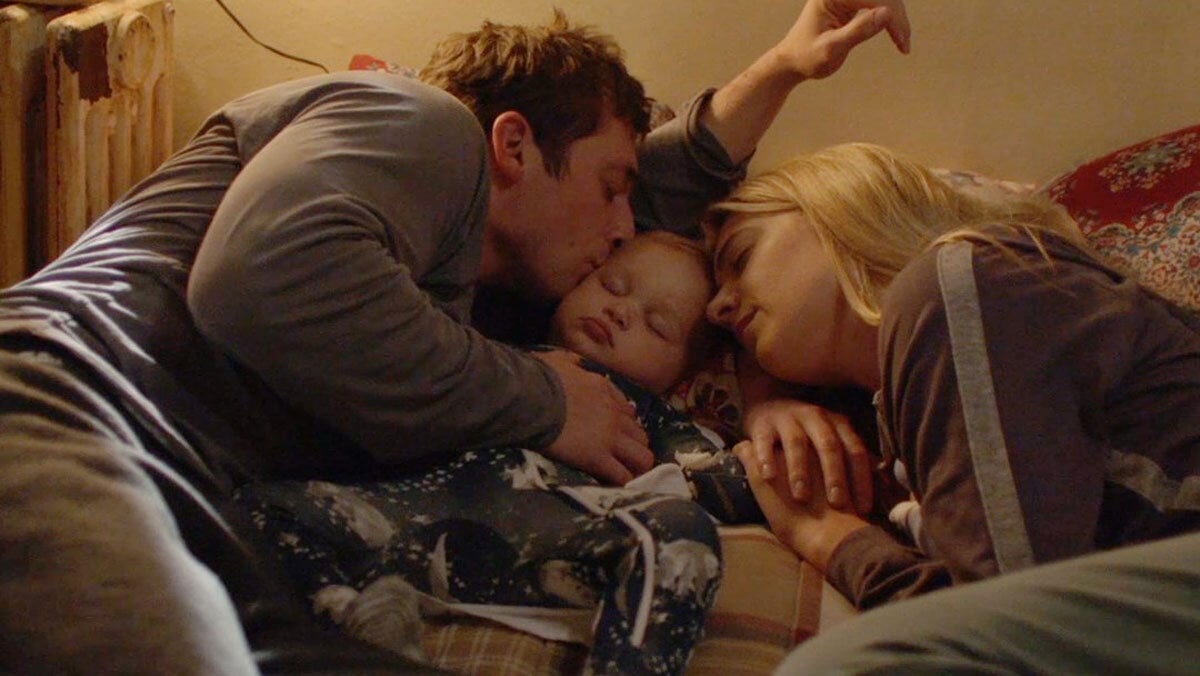 College was rough on Lip, much worse than I remembered. That’s the beauty of these episodes, they remind us of where these characters came from and how much they’ve grown to get to where they are now. Throughout this episode, we are beautifully reminded of that as we watch the juxtaposition between Lip disguising this horrific story for his baby’s juvenile ears and the flashbacks to prior seasons. College is when Lip really fell victim to his alcoholism; while he thought high school was bad, college was ten times worse. His experience in college highlighted the deep disadvantage that many inner-city students often face when put in new situations without having access to the support and preparations that they were expected to have. Lip found himself being late to class and important exams and lacking proper study skills. This stress coupled with the terrible relationships he found himself in (rich girl Amanda and his critical theory professor Helene) drove him off the deep end— he vandalized multiple professors’ cars, beat up the son of his professor “girlfriend”, and lost his scholarships and internship.

From here, Lip found himself completely unrecognizable and lost in his alcoholism— even Frank and Monica teased him for being “a chip off the old block.” Present Lip tells his son, “You know, if I was anything like your Granddad Frank, I’d give you some special magic juice to go to sleep. You know, that’s what he used to give me when I was little. Which is why I liked that special magic juice so much when I got older.” At this point in the flashbacks, Lip is seesawing between short bursts of sobriety and debilitating drunkenness; Monica dies of a cerebral haemorrhage (likely brought on by her excessive drug use), and Lip is back to square one. He works briefly as an intern at a virtual reality technology firm, then a sober companion to actress Jen (played by Friends’ Courteney Cox), and eventually Patsy Pie’s dishwasher. His dating life doesn’t pick up and he finds himself being a burden to Sierra, his short-lived girlfriend who eventually grows sick of his self-deprecating attitude and heavy drinking.

Making an attempt to get his life back on track, he begins seeing a sponsor to help him with his sobriety and he accepts a job working at the auto shop. Briefly, he takes care of a little girl named Xan — the niece of one of his coworkers at the auto shop. This is one of Lip’s greatest moments. He and the young girl grow close to one another and he truly embraces being her parental figure. After some fluctuations, he decides to begin the process of fostering and adopting her, which is then ruined by his family— Child Protective Services dropped by for a check-up, only to find Xan left to her own devices in the Gallagher house while Lip was at work. Fiona was passed out after a night of hardcore partying and Debbie was goofing off. This was a pattern, the Gallaghers always failed to be consistent in their best moments. When Lip was doing poorly, Fiona was thriving, and when Lip was thriving, Fiona was doing poorly.

At this point in Present Lip’s storytelling, Tami has joined him and Fred. He tells Fred that his “heart was so full of love, and he wanted to share that love with a kind and special woman,” and this kickstarts his story of meeting Tami, his current girlfriend and the mother of his child. The two had a rocky beginning of hooking up at a wedding and refusing to be in an exclusive relationship (despite both of them wanting it). Ultimately, they found peace and love in one another, eventually growing into the mostly-stable relationship that they have in the current season.

Read more: The Top 7 Films About College Life You Need To Watch

This episode was a rollercoaster of emotions, showcasing some of Shameless’s most ultimate highs and lows. Lip has truly been through the wringer. The fun storytelling theme fit perfectly in this tribute as the way this season is going, he is the closest to achieving a fairytale ending— held to Shameless standards. Another great episode, one for the books!

Shameless Hall of Shame will return next Sunday on Showtime with an episode focusing on the three youngest Gallaghers; “Debbie, Carl & Liam: They Grow Up So Fast” and episode 5 of Shameless will premiere at the end of the month, on January 31.