Restoring The SnyderVerse: Zack Snyder’s Fight To Get Justice League Released In China

There’s a lot being written and said right now about how Zack Snyder’s Justice League has been doing on streaming, but whatever happened to its China release?

It was first revealed by Samba TV that 1.8 million households in the United States tuned in to watch Zack Snyder’s Justice League on HBO Max within its first weekend.

This seemed pretty good, however, there have been new reports ever since Godzilla Vs. Kong’s release on HBO Max suggesting that the Snyder Cut’s numbers are actually quite average.

Variety, for instance, published a graph which shows the weekly per cent share of time spent with streaming services among US TVision panel members.

Stop talking, just give us the official numbers!

Now, I’m still not really sure what that all means to be completely honest with you.

I do have a feeling that this graph is made to deliberately make things look worse for Zack Snyder’s Justice League.

It shows huge spikes and then highlights that those spikes came when Wonder Woman 1984, Judas and then Godzilla Vs. Kong were released.

It doesn’t really factor in the fact that part of that sharp increase before Godzilla Vs. Kong was released would have been due to Zack Snyder’s Justice League.

All that long intro to let you know that numbers are being deliberately skewed in favour for films such as Wonder Woman 1984 and Godzilla Vs. Kong.

There are also some key differences in the releases of Wonder Woman 1984 and Godzilla Vs. Kong compared to Zack Snyder’s Justice League.

What are the differences, you ask? Both Wonder Woman 1984 and Godzilla Vs. Kong were properly marketed by Warner Bros. Pictures.

Zack Snyder was promoting Justice League all by himself 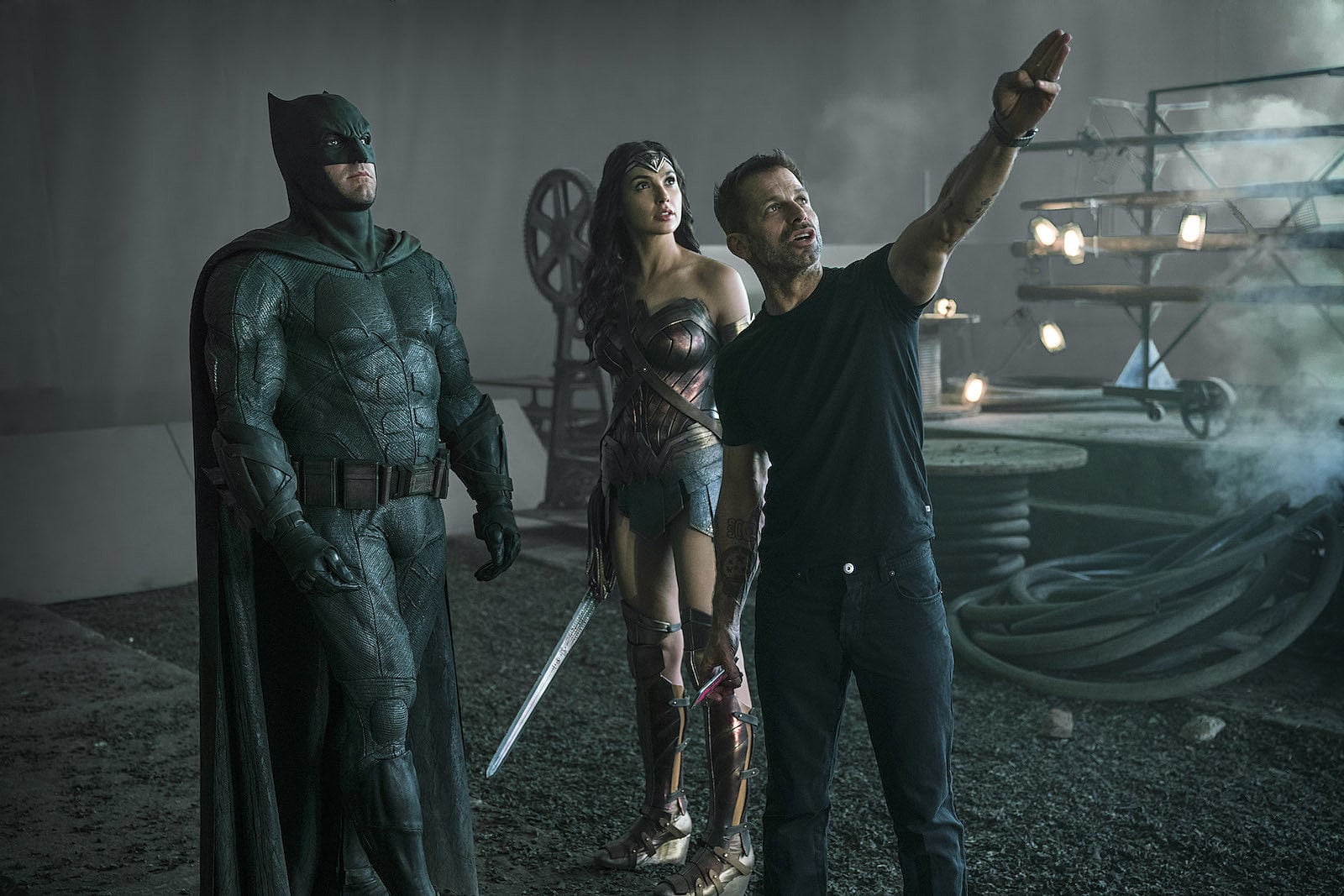 Zack Snyder had to do most of the marketing and promotion for his movie himself.

You didn’t really see Patty Jenkins nor Adam Wingard doing a lot of the promotion for their films themselves.

The other key difference is that those two films were both released in China.

Zack Snyder’s Justice League wasn’t, and that was a huge deal for Snyder.

I’ve been informed that he was desperately trying to get Warner Bros. Pictures to get the film released in China.

He knows the importance of the Chinese market, and so does Warners.

One thing I was told was that Warners “had no interest in ever releasing Justice League in China.”

However, it goes a step further than that, since my source added that they “actively prevented the film from getting a China release”.

Warner Bros. Pictures actively prevented the film from getting a China release.

I reached out to a journalist I know who works in Beijing and asked him to clarify whether the film was ever released in China.

He came back to me and confirmed that Zack Snyder’s Justice League has “not been released in China so far”.

He added that in other areas such as Hong Kong and Taiwan they were released on March 18th, but not in mainland China.

That said, people in China have still been finding ways to watch the film, however, they would not be ‘legal’.

There is a way to watch the film in China. For example, you search on a second-hand exchange app, and pay a little, you can get a link to the film.

This is how people in China have been watching the film.

The thing is that this doesn’t help the movie, but it did lead to it trending on the popular Chinese blogging site, Weibo.

I was also told that Zack Snyder kept on pushing for the movie to be released in China legally and even had a cut made specifically for a Chinese release.

It is difficult to get movies released in China.

Zack Snyder has been pushing for Justice League’s China release

The Chinese government is very strict and there are many things that have to be cut out of Hollywood films in order for them to be even considered for a Chinese release.

This is often referred to as China’s censorship guidelines and they can be really tough.

For instance, a film cannot be released in China if it includes ghosts or the Devil.

Also, many Hollywood movies often include scenes or characters that would appeal to Chinese audiences.

WarnerMedia passed on the idea, but it shows that Snyder realised a long time ago how important the Chinese market is nowadays.

Hollywood as a whole knows how important China is to ensure the biggest box office returns possible.

Just look at the numbers that the likes of Avatar, Avengers: Infinity War and Avengers: Endgame did.

A huge chunk of those film’s box office came from China.

The fact that Warner Bros. Pictures flatly refused to have Zack Snyder’s Justice League released in China is just yet more proof that they did not want this film to succeed.

Warner Bros. did everything within its power to prevent Justice League’s China release

They literally did everything they could to prevent the movie from doing well, and they stopped Snyder dead in his tracks.

He even tweeted about the Chinese release of the film, saying that the release date was “TBD”.

Platform availability will depend on each territory (with the exception of China, France, and Japan, where the release dates are TBD). Additional details for specific markets will be shared soon. (2/2)

Well, the Chinese release of the film had been decided a long time ago by Warner Bros. Pictures.

They decided that it just wasn’t going to happen.

I wasn’t able to get the numbers of how many times the movie was viewed illegally in China – believe me – I tried.

People in China are still finding ways to watch the movie 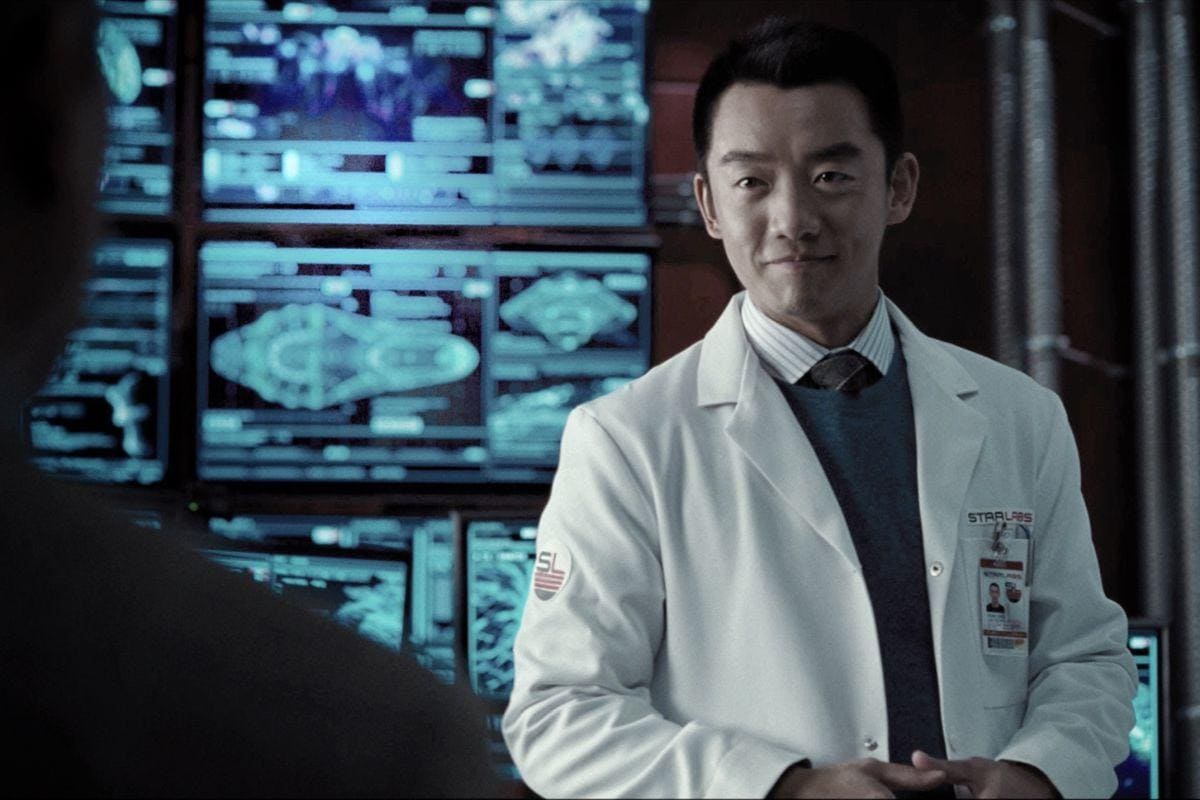 Read more: Where To Stream Zack Snyder’s Justice League In The UK

However, the fact that so many people were talking about the film on Weibo is an indication of how popular the film is over there.

It also suggests that a significant number of people managed to watch the four-hour-long DC Comics movie despite the fact that it wasn’t released officially over there.

The film could have been released on many of China’s streaming services, such as Youku Iqiyi and Tencent.

Moreover, it could have also been released in cinemas over there.

Cinemas are open in China and have been for quite some time.

Godzilla Vs. Kong, for instance, was released in Chinese cinemas and didn’t manage to get the top spot at the box office over there.

It was beaten by the Chinese film Sisters, yet Warner Bros. Pictures has still been banging on about how well the film has been performing.

Let me tell you, the fact that Godzilla Vs. Kong hasn’t been performing all that well in China and actually the rest of Asia is a bit of an embarrassment for Warners.

Yet, they’ll spin it to make it sound like it’s been doing incredibly well for them.

Restoring The SnyderVerse: Zack Snyder’s Fight To Get Justice League Released In China

Read more: Restoring The Snyderverse: Inside The Civil War Between WarnerMedia And HBO Max

So, to cut a long article short, Zack Snyder tried to get his cut of Justice League released in China.

He even had a cut made that was ready for the Chinese market.

Yet, Warners prevented the film from ever seeing the light of day in China.

That’s how much they didn’t want this film to succeed.

They prevented it from entering one of the most lucrative markets in the world.

You can let me know in the comments below, or you can also message me directly via Twitter.

I’m at @EJLauder on Twitter and my DMs are open.