I’ve been asked by a number of people over the last few days to clarify what is going on exactly over at WarnerMedia and HBO Max and what’s happening with the Snyderverse post Snydercut.

“What was up with that Ann Sarnoff Variety article?”

“Why hasn’t WarnerMedia been praising Zack’s work and celebrating the incredible numbers his Justice League film’s been doing?”

“What’s going on at WarnerMedia? Who’s in charge? Who’s head of content at HBO Max? Who green-lights the projects at HBO Max and WarnerMedia?”

These are all very valid questions, and I’ll try to give you some sort of answer in this article.

The truth of the matter is, the hierarchy over at WarnerMedia is a mess.

Too many cooks in the WarnerMedia kitchen

There are too many people in high-up positions and they’re all jostling for full control.

I’ve been hearing from some people actively involved with HBO Max specifically that the whole thing is a mess, and it’s only getting worse.

It’s actually been getting worse since the Ann Sarnoff interview, and that’s because there’s a rift within WarnerMedia itself.

There are people inside the company who are supportive of Zack’s vision for the Snyderverse and would love to see it continue.

I don’t think you’d be surprised to hear that these people are mostly involved with HBO Max.

People have been asking me why Jason Kilar hasn’t said anything since the release of the Snydercut on HBO Max.

Well, I will go into that in more detail in a moment, but to cut a long article short, it’s because there’s been a gagging order within WarnerMedia itself.

Unless they’re approved by the company’s (WarnerMedia in this case) lawyers and PR ‘experts’, then they cannot make any public statement.

This includes any sort of message on Twitter celebrating the release of Zack Snyder’s Justice League and thanking Zack himself. 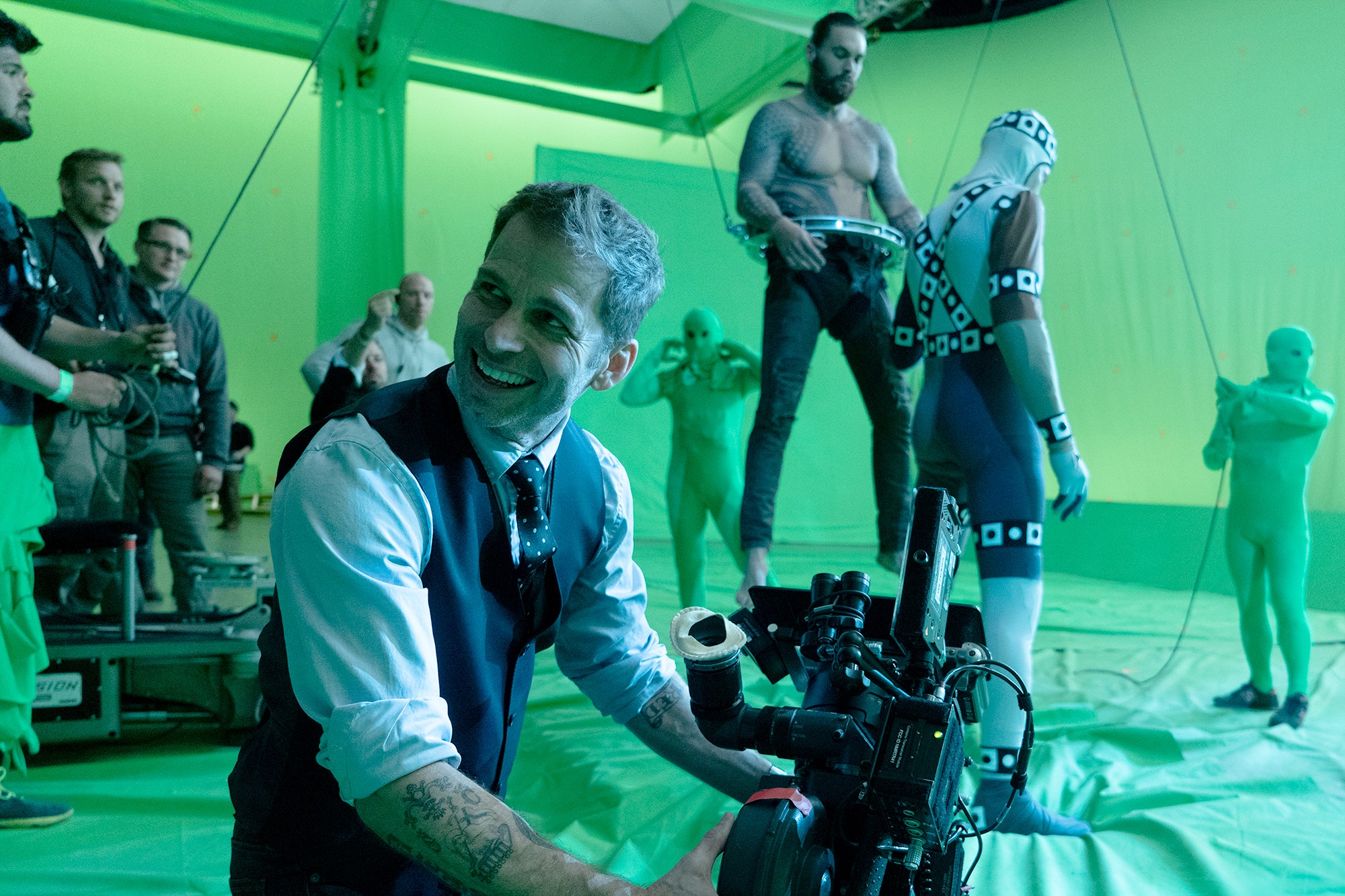 I was told that WarnerMedia specifically was furious with Zack for having done as many interviews with YouTubers as he did.

“WarnerMedia reps kept on pleading with Zack not to do any more interviews with YouTubers,” I was told by an inside source.

That was the main reason why Zack was trying to distance himself from Geeks And Gamers in that recent live stream which subsequently blew up.

So, what’s going on at WarnerMedia? Well, I like to describe it as a civil war.

This is a civil war between companies that have almost been forced to work together: WarnerMedia and HBO Max.

This all happened when AT&T purchased Time Warner back in 2016 for a reported $85.4 billion.

The deal didn’t officially go through until two years later in 2018.

That was due to a number of court battles which I won’t go into now.

What AT&T did then was create WarnerMedia, and the area of the company we’re looking at specifically is WarnerMedia Entertainment.

This was a huge re-branding for the company and ended up bringing together entities that hadn’t really worked together before.

Now, we’re adding things like DC Films in to the mix as well which is actually just complicating matters.

So, the re-branding is still relatively new and what AT&T would like to see is all of these different departments working together in harmony.

The issue is that they aren’t, and one of the reasons why they’re not is because there are simply put, too many egos involved.

Ann Sarnoff in her interview with Variety talked of a round table and bringing together all of the silos over at WarnerMedia.

The thing is, those silos are still silos and they’re not working together well at all.

The easiest way to try and figure all of this out is by naming the people at the top who are supposed to be overseeing everything and making things run smoothly.

So, there’s Toby Emmerich who is the current chairman of the Warner Bros. Pictures Group.

Think of him as the President of this inner circle of powerful executives.

However, he’s not really the one pulling the strings. I’ll explain why in a bit.

Then we have Jason Kilar who’s the CEO of WarnerMedia.

The thing is, Ann Sarnoff is now also very much in the picture.

She was the CEO of Warner Bros. which is a subsidiary of WarnerMedia.

However, she’s just been promoted to CEO of WarnerMedia Studios, which just makes the whole thing even more confusing.

Then, as far as all things DC is concerned. we have Walter Hamada who’s the head of DC Films.

And, to make things even more confusing, we also have Casey Bloys in the mix as well.

He’s the Chief Content Officer for HBO Max and would normally be the one who would be green-lighting projects for the streaming platform.

So, those are the names I want to focus on here because they are the ones that matter: Emmerich, Kilar, Sarnoff, Hamada and Bloys.

This is the round table that Sarnoff was talking about, and now, in order to get anything major green-lit, all these parties need to agree.

It needs to be a unanimous decision, and when it comes to the Snyderverse, that decision is very much split.

Read more: WarnerMedia Boss Shuts Down The Chances Of The Ayer Cut Of Suicide Squad Being Released

This is the civil war over at WarnerMedia: There’s Team Snyderverse on one side, and Team Hamadaverse on the other.

What I’ve managed to piece together through my sources is that Emmerich, Sarnoff and Hamada are very much in favour of working more with Bad Robot and J.J. Abrams.

They want to explore that avenue more as far as the future of DC is concerned.

Then, you have Kilar and Bloys on the other side who are trying to get the others to let them carry on the Snyderverse as HBO Max exclusives.

They see the potential the Snyderverse has, but the others just want to let the past die and move on and away from Snyder specifically.

This is why we’ve seen very little marketing for Zack Snyder’s Justice League.

And, of course, this is also why they waited two hours to fix the Snydercut’s leak on HBO Max.

I was told that that day was an insane day over at HBO Max and one of the main reasons why it took them so long to remove the Snydercut when it was ‘accidentally leaked on the platform was because they had to wait for word from WarnerMedia on what to do.

It was basically a nightmare of red tape and bureaucracies they had to wade through in order to just put Tom & Jerry back on and take the Snydercut down.

Ultimately, people at the very top at WarnerMedia didn’t care about the Snydercut.

They were hoping that they could release the Snydercut, appease the fans and move on.

Well, it looks like that tactic severely backfired and now they are having to deal with the fallout.

That Ann Sarnoff interview only added fuel to the already out of control fire.

So where are we now?

We are in the midst of battle.

If WarnerMedia was smart they’d let Zack have full control over at HBO Max and continue his Snyderverse.

All we can do now is see how things play out on the battlefield.

Will we get a peace treaty or will the battle continue to rage?

We know the fans have the fight in them, but does StoneQuarry?

And as I find out more I will be sure to keep you all updated.

I hope this article helped to clear things up for you.

If you have any questions, don’t hesitate to contact me directly via Twitter. You can find me @EJLauder. My DMs are open.