The full main cast for the upcoming Obi-Wan Kenobi series has been revealed by Lucasfilm and there are some very interesting names in the mix.

This was revealed via Lucasfilm and the Star Wars website.

You’ll be very surprised and delighted by some of the names on this cast list.

The show will, of course, be lead by Ewan McGregor as Obi-Wan Kenobi.

He’ll be joined by Hayden Christensen who’ll be returning as Darth Vader.

This was revealed at the recent Disney Investor’s Day presentation by Lucasfilm President, Kathleen Kennedy.

It was also previously announced that Indira Varma has been cast in the show.

However, we don’t know what role she’ll be playing in the series.

The Obi-Wan Kenobi cast has been revealed 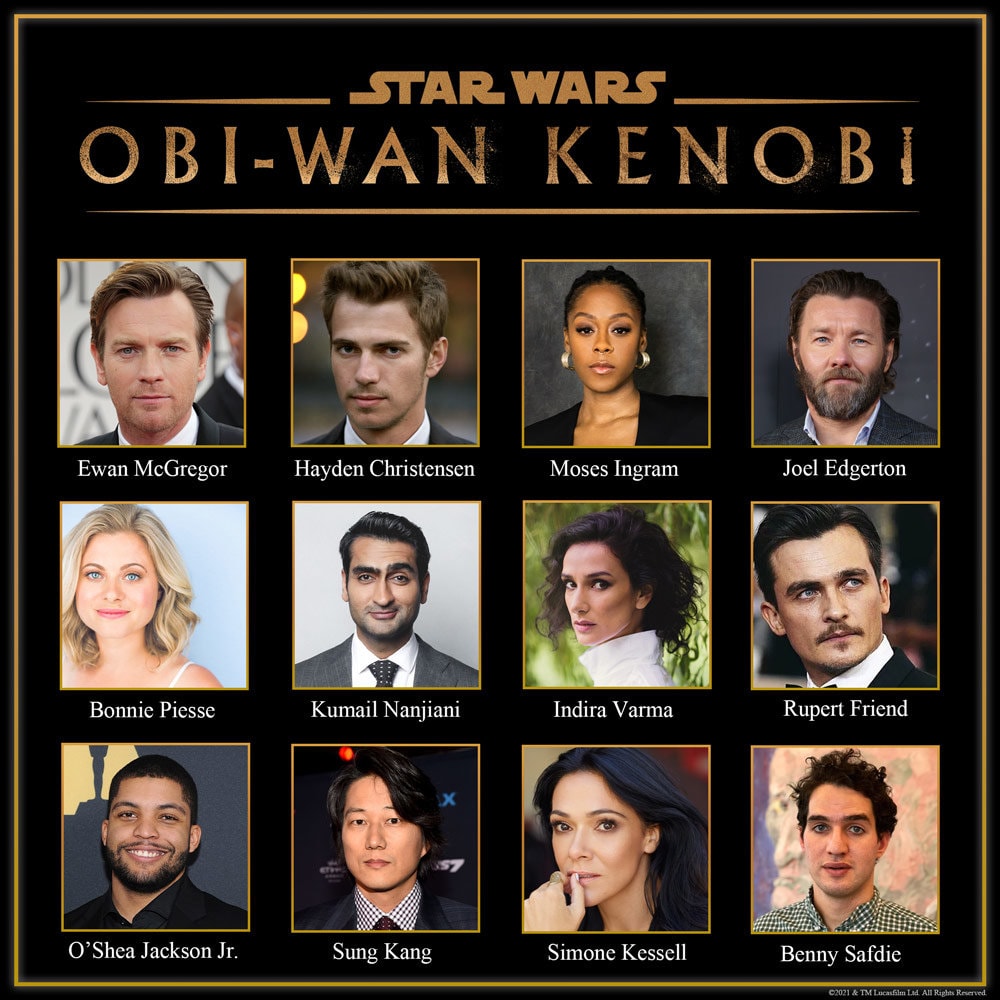 Honestly, this cast is incredible.

Joel Edgerton will be back as Owen Lars presumably.

However, the other names on that list, I’m going to be honest here, I have no idea who’ll they’ll be playing.

I can’t wait to see the likes of Kumail Nanjiani, Rupert Friend, O’Shea Jackson Jr. and Sung Kang in the series.

We also reported that this show will feature the return of Liam Neeson as Qui Gon Jinn.

He was not included in this cast list because he’ll only have a small cameo in the series.

It’ll also very much be like a Luke Skywalker cameo that the fans will be looking forward to seeing.

Maybe we did spoil that one for you guys.

The series will begin shooting in April and it’ll be directed by Deborah Chow.

What do you make of this cast for the Obi-Wan Kenobi series which is coming to Disney Plus?