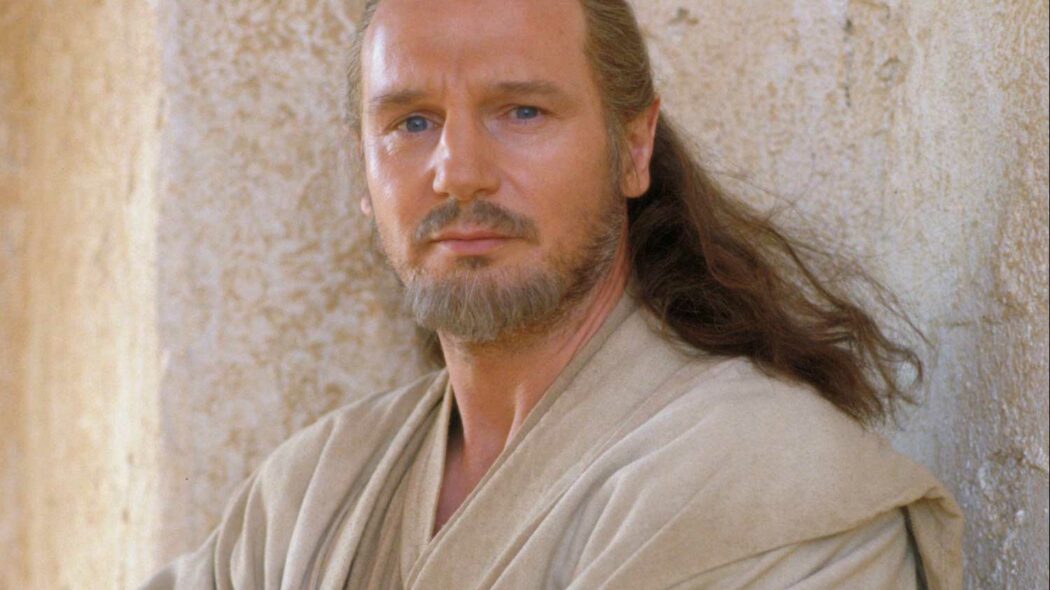 If you reading this, then you will know that this scoop from 21st January 2021 was confirmed in the final episode of Obi-Wan Kenobi on Disney Plus.

Sources with close ties to Lucasfilm have informed us that Liam Neeson is going to be reprising his role as Qui-Gon Jinn in the upcoming Obi-Wan Kenobi series.

This series will be coming to Disney Plus and is being filmed, as we speak, in the UK.

Now, this is something we Star Wars fans have been dying to see ever since we saw him first appear (and then die) as the Jedi Master in Star Wars: Episode I – The Phantom Menace.

The character has appeared in animated form since then, but never in live-action, which is a shame.

Liam Neeson himself recently admitted in an interview with Collider that he would up for returning as the character in the Kenobi series.

It was an interesting interview in which the Irish actor seemed to play dumb about knowing what was coming up in the Star Wars universe.

This was when a source we’ve worked with in the past and whom I trust came to us here at Small Screen to inform us that the deal between Neeson and Lucasfilm was already done and that he would be appearing as Qui-Gon Jinn in the Kenobi series.

That deal’s already done. Liam Neeson will be playing Qui-Gon Jinn in Kenobi.

I then pressed this source for a bit more information on how Jinn will return in the series, and they had this to add:

Honestly, I’m not 100 per cent certain on how they’ll bring the character back. It sounds like it’ll be in a flashback sequence, yet they could also be thinking of bringing him back as a Force Ghost. More info when I get it.

Qui-Gon Jinn could be turning up as Force Ghost

Since then, I haven’t had any new information about how he’ll return as Qui-Gon in the series.

However, having him appear to Kenobi as a Force Ghost makes the most sense.

There wouldn’t be that awful CGI de-ageing involved in a scene in which Jinn appears to Obi-Wan as a Force Ghost.

I have been asking my other sources who’ve come to me with information on future Lucasfilm projects in the past.

A number of them corroborated my first source’s information.

However, they refused to be directly quoted. As I’ve said here in the past, I always ask my sources whether they’re OK with me quoting them directly or not.

I’ve been wondering whether this deal between Neeson and Lucasfilm had been signed ages ago.

It could have been one of the reasons why the production was halted to begin with.

They were saying that they wanted to go back and change some things in the script.

That could have been because they managed to get Neeson to agree to return as Qui-Gon.

Who’s going to be in the Kenobi series?

Read more: Liam Neeson Is Reportedly In Talks To Star In Black Adam

As for the Obi-Wan Kenobi series on Disney Plus, its showrunner is Deborah Chow and she’s also an executive producer on the show.

Chow will also be directing one or more of the episodes.

The series will star Ewan McGregor and Hayden Christensen with Neeson as Qui-Gon Jinn.

There’s no release date yet for Kenobi, however, I’m thinking that it’ll be landing on Disney Plus sometime in 2022.

We have reached out to Lucasfilm and Disney for comment on this story.

We received no response from either party.

Are you excited to see Liam Neeson return as Qui-Gon Jinn in the upcoming Kenobi series on Disney Plus?