Will Loki’s Finale Reveal Kang To Be Behind The TVA?

(SPOILERS ahead from Loki Episode 5, “Journey Into The Mystery”. Proceed only if you have already binged the episode)

The latest episode of the Disney Plus series Loki, “Journey Into The Mystery,” was amazingly chaotic, to say the least.

We met so many different Loki variants, saw Sylvie’s growing bond with Loki, Mobius and Loki reuniting, Classic Loki sacrificing himself, and Loki and Sylvie defeating the giant temporal monster together.

But while these were the biggest moments from the episode, it is the massive but blink-and-miss hints that may have already confirmed that it is Kang the Conqueror in that spooky castle behind Alioth.

Qeng Enterprises in the ruins of the Void 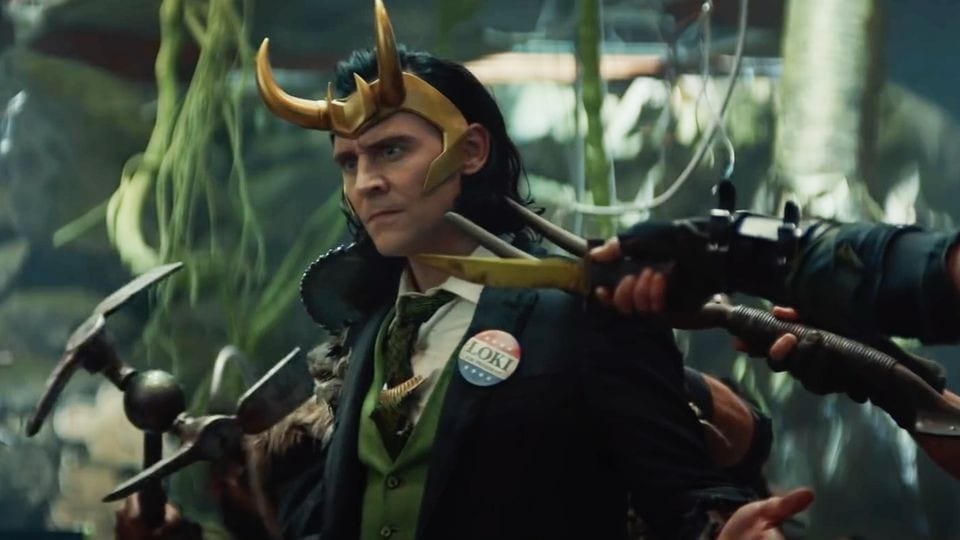 Read more: Loki Has Debunked Every Ambitious Fan Theory Out There

In the initial scenes of the episode, we see many dilapidated buildings in the Void. Amongst the ruins stands a building that looks a lot like the Avengers Tower but with “Qeng” featured on its side instead of the giant “A.”

Readers of Marvel comics would have instantly recognized this as a direct clue of Kang’s presence as in the comics CEO of Qeng Enterprises, Mister Gryphon bought the Avengers Tower from Stark Industries.

In the comics, Mister Gryphon is just another version of the mighty Kang the Conqueror.

Alioth, the massive temporal monster that devours existence itself

The Void, where those who are pruned by the TVA end up, is guarded by Alioth. But apart from the fact that he devours entire timelines and different variants, the interesting thing is that throughout the comics, Alioth is best known for his animosity with Kang.

In the comics, Alioth is the first being to break the shackles of time and creates an empire that was much bigger than that of Kang’s.

While he is too powerful, Kang the Conqueror managed to create a barrier to prevent Alioth from devouring his domain and there is even a point in the comics when Kang managed to bring Alioth under his control for some time, using him to protect the entry to his city, Chronopolis.

Maybe that’s what is happening in Loki as well as either Kang is keeping the entity at bay or using him as a cover while he hides beyond the end of time, controlling the Time Variance Authority and manipulating time itself for his own nefarious motives.

What’s up with the giant castle in Loki Episode 5?

What further confirms the presence of Kang the Conqueror is the looming citadel, set amidst a futuristic city, that appears when Alioth turns into green smoke and vanishes.

This massive castle with spaceships circling around it looks a lot like Chronopolis, Kang’s home, his main city in the comics from where he controls all realms under it.

Till now, our only clue that the mastermind behind the whole thing is Kang the Conqueror was Judge Ravonna Renslayer, who is his love interest in the comics.

Even though it is possible that she was not aware of the Time Keepers being fake and mere puppets, it is still possible that Loki will witness her uncovering Kang’s plans, and instead of fighting him, she will join hands with him, thus beginning their love story from the comics.

Is Kang The Conqueror really going to be Loki’s main villain?

Read more: Kang The Conqueror Actor Will Not Cameo In Loki Series

But even though we now have more clues, which makes it easier to point a steady finger at Kang the Conqueror, we have been burned before.

WandaVision relentlessly dropped hints about Mephisto, the Grim Reaper, and even Kang the Conqueror, explicitly implying that one of them is manipulating Wanda’s reality, only to turn around, negate them all, and confirm that it was Wanda all along.

This means that those dozen implications about different Marvel villains meant nothing and were just there to distract us from finding out the truth.

Who is to say that the other fan theories about the mastermind being another Loki variant (which is what the entire show has been about), or Miss Minutes (that would be a bummer) instead aren’t what Marvel actually has in mind and these clues hinting at Kang are not just pointless teasers?

As we had shared in our previous article about Loki, it is now obvious that whoever the villain is, Loki and Sylvie won’t be fighting them, at least not in this season.

If it is indeed Kang the Conqueror, we believe that the reveal will be something like how Thanos’ presence was established in the MCU by debuting him in The Avengers at the very end and revealing that he is the one who sent Loki and is responsible for the attack on New York in 2012.

Again, if it is Kang, it would make sense for him to debut in Loki before he comes forward as the villain in Ant-Man and The Wasp: Quantumania and the major nemesis of the Avengers in Phase IV.

What do you think? Drop your thoughts in the comments space below.