If ever there was a lack of a resolution, this was always going to be it. Line Of Duty left us last week with a tense standoff; the screen faded to black as two gunshots were heard, but who could it possibly be?

The stakes were high for the sixth episode of Line Of Duty, of the sixth series – and what follows is our review.

Be warned, because there are spoilers for Line Of Duty Season 6 Episode 6 beyond this point.

WARNING: SPOILERS FOR LINE OF DUTY SEASON 6 EPISODE 6 IN THIS REVIEW

This Will Divide Long Time Fans To A Degree 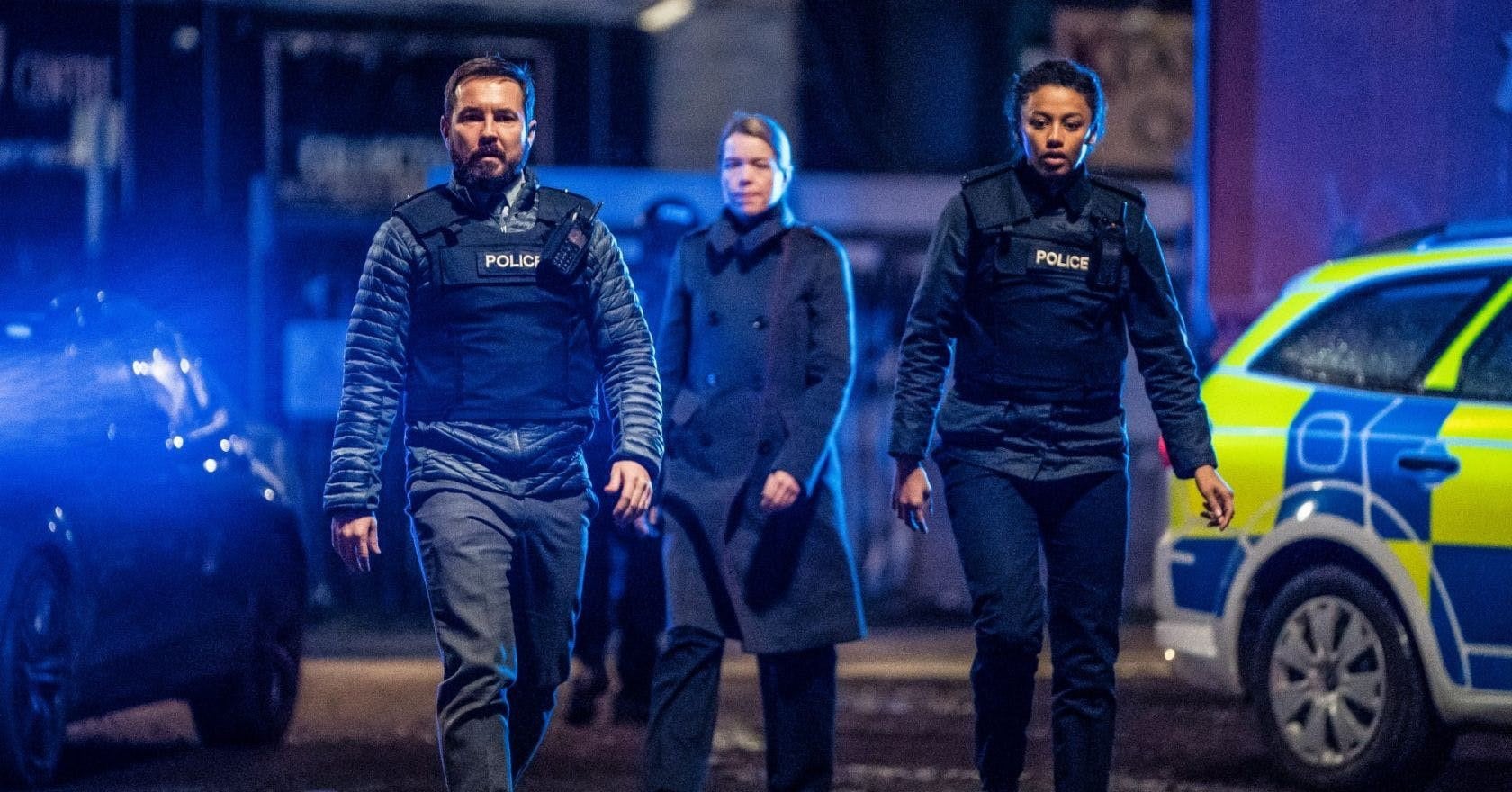 If the Twitter response was anything to go by, then this episode indicates a division within the Line Of Duty fandom. It seemed almost like there was a collective hatred for the character of Ryan Pilkington, given that the young police officer had been groomed by the organised crime group from a very young age. He had even tried to cut off Arnott’s fingers in the first, pilot series.

The last episode saw a standoff, and the screen faded to black as two consecutive gunshots rang out. Fleming shot Ryan Pilkington, who was later found to be dead. Fleming and Davidson later ran from the scene.

This is somewhat divisive, given that the character has so many questions to answers – and will now never be subject to a classical interrogation scene. And this is the episode that features the longest interrogation scene out of the entirety of the franchise, too! There is much if a missed opportunity here. And we need to have a huge amount of questions answered too.

What Is The Role Of Carmichael?

Patricia Carmichael is back in full passive-aggressive fashion. And, just like the previous series, she is also hated in the same league as Ryan Pilkington. At the command of the chief constable, she is taking over the amalgamated unit that will absorb AC-12. And, just like before, she is incredibly undermining – enough so that the chief constable has his photograph taken out of the suspects’ noticeboard. But we already know him to be corrupt, from series one – because he is literally the reason Steve Arnott has his job as a DI in AC-12 right now.

Carmichael – in truly delicious ice queen vindictive fashion – interviews Davidson, having arrested her and Fleming. And undermines Hastings for the entirety of the episode, especially when trying to shut him up about the clandestine network of corrupt police officers. But her role needs to be explained, and quickly, lest this becomes tedious.

Oh, and her leadership style is questionable. Why would you track the cars of your employees? That is seriously undermining employee confidence and suggests a suspicion within the force’s culture. 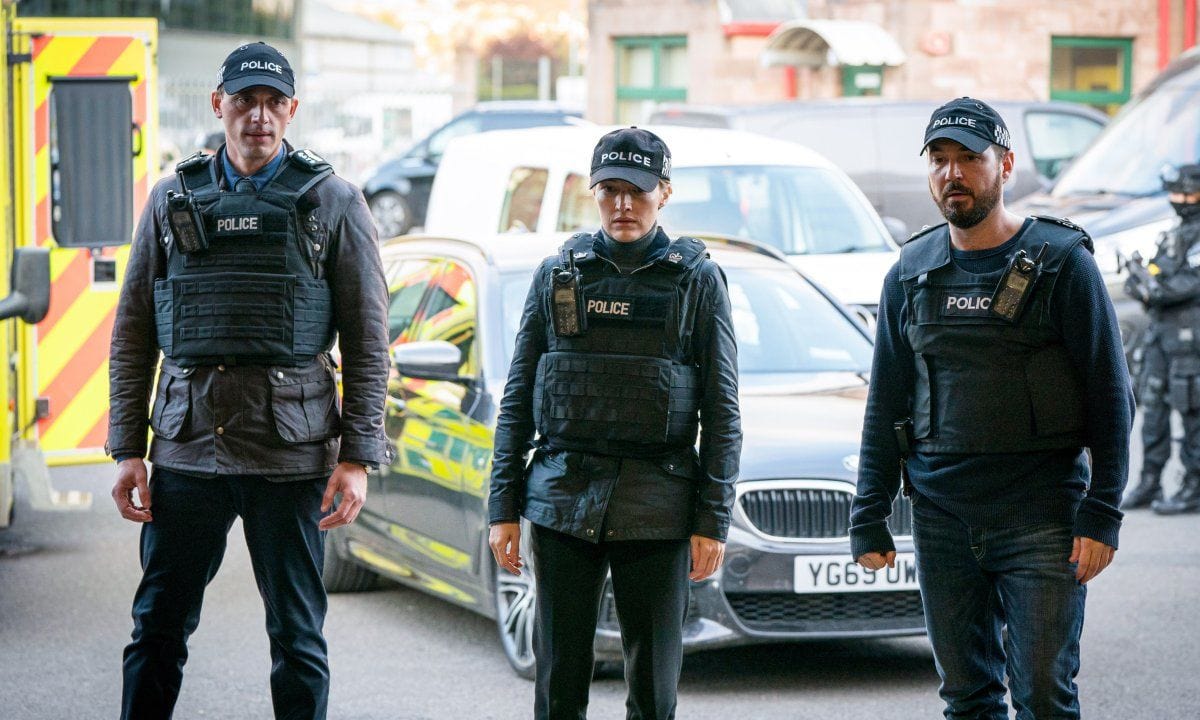 Superintendent Hastings is still kind of in command of the unit, up until retirement – but is constantly undermined by Patricia Carmichael, who he has always constantly been at loggerheads with. However, there are questions about him that have yet to be cleared up – including the subject of bribe money, if he caused the death (deliberately) of an undercover police officer and more.

This is very obvious within the first ten, fifteen minutes of the episode. And even Fleming is in on this suspicion now, and acts to try and save herself and Davidson with a high-speed car chase. It looks, for all intents and purposes, like a set up to scapegoat the duo for a series of serious crimes. Hastings tries to step in to create a surrender context – but it is left up to Steve Arnott to create this, at great risk, as he can read Kate Fleming’s face like a book.

The longer this goes on, the more the questions pile up, It seems far too obvious that Hastings is H, because he is on a crusade to bring down the corrupt network if it is the last thing he will ever do – and at a great personal cost, too.

And What About The Corrupt Prison Guards? Something Needs To Be Done

This episode ought to be noted for an excellent throwback to an earlier series – the Lindsay Denton years. Jo Davidson’s partner has now been freed, following a partial confession of innocence. She suffered a lot, such as with a broken wrist at the hands of at least two corrupt prison guards seen in the earlier series. But Davidson is now having her cell watched. In a great, creepy scene the guards realise this on their way to kill/injuree/maime her. But it is a warning – and a possible prediction of events to come.

How To Define Corruption? Because Jo Davidson Seems To Be Vulnerable And Not Maliciously Corrupt

Corruption is a word that is often tossed around, and one that carries a lot of weight; it can even be career-ending. But how would you define the act of corruption, of corrupting, or being corrupt? The law does not always choose between – which creates a problem for officers who are blackmailed. Jo Davidson is the daughter and niece of Tommy Hunter, the original leader of the organised crime gang. (Yep – it is exactly what you think.) She was groomed, blackmailed, and from a vulnerable age too.

Marcus Thurwell tried to blow the whistle on child abuse at a boys home – but was never on screen. Played by James Nesbitt, he has been an elusive character. For a while, it seemed he was H – because, based in Spain, H is communicating from Spain. A raid from the Spanish police finds his body. What on Earth does this mean? And who ordered his death? 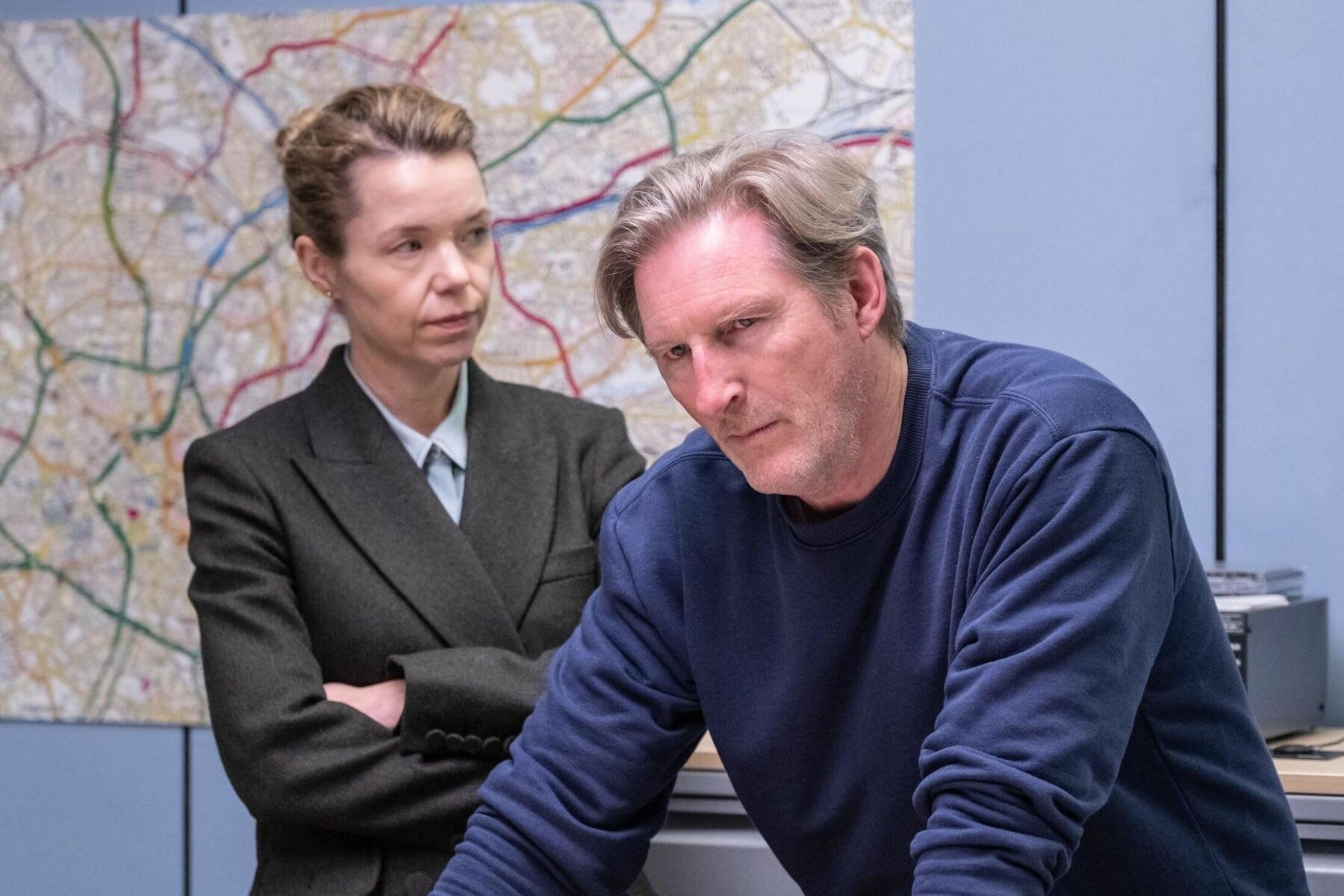 Look up Tedisms on Twitter. Then you will appreciate him even more so.

And The Ultimate Question: Just Who On Earth Is ‘H’?

The proscenia of the Fourth Man – caps intended – has dogged the anti-corruption unit for a while now. While Carmichael tries to shut Hastings up, the body count is now beginning to rise significantly. Who is it? Will we find out at all?